solar panel on a house in Pittsburgh

The co-op is designed to educate homeowners about the process of switching to solar energy and how to choose a vendor. 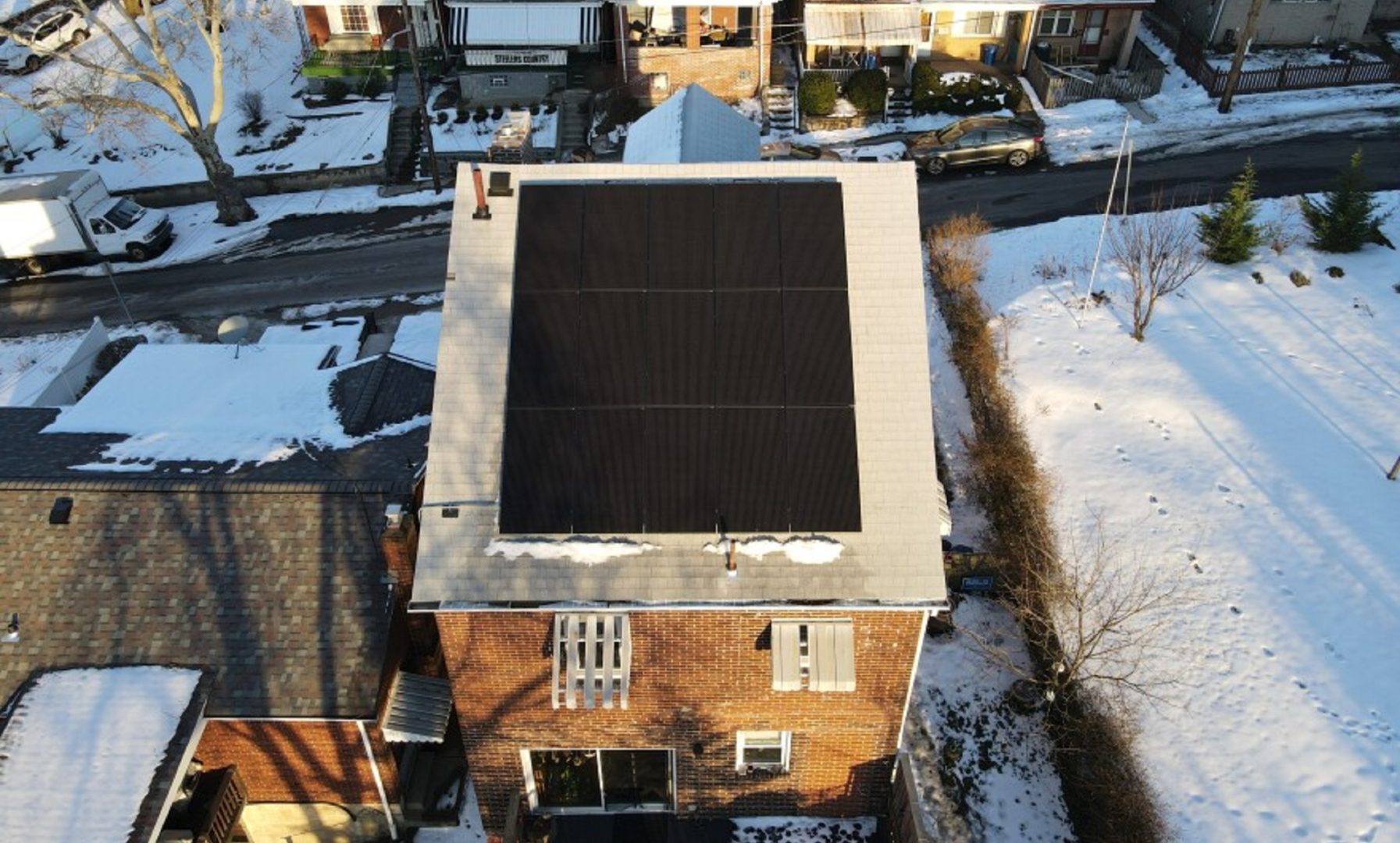 solar panel on a house in Pittsburgh

(Pittsburgh) — Making the switch to solar energy can be time-consuming, expensive and confusing. But thousands of homeowners have been forming local cooperatives with the national nonprofit Solar United Neighbors to make the process easier and more affordable.

Solar United Neighbors, or SUN, launched its fourth co-op in Allegheny County Tuesday. And for the first time, the group will also provide free solar installations for a limited number of low-income members.

The co-op is designed to educate homeowners about the process of switching to solar energy and how to choose a vendor. Members can also consult SUN after the installation process for advice about maintaining their solar array, according to Henry McKay, Pennsylvania program director for Solar United Neighbors.

“The whole time, we’re holding their hand throughout the process, helping them make a really confident decision about going solar,” McKay said. “We’ll educate them about everything they need to know to go solar and then we’ll help them aggregate their buying power to get a better deal from a single solar installer.”

SUN has helped solarize 109 homes in Pennsylvania. McKay said he hopes to recruit 125 members into the newest co-op. It would be the biggest group in Allegheny County so far. The Triboro Solar Co-op, which opened to homeowners in Etna, Millvale and Sharpsburg last year, reached 102 members.

Members can choose to become part of a subgroup to help choose a solar panel vendor to purchase from. Co-ops can receive a 10 to 15% group discount on the average cost of a solar array installation, through prices can widely vary, according to McKay. He notes the group will also look holistically at each company before making a decision.

“[We] consider price, but also what do we know about the company, the warranties they offer [and] what kind of track record they have?” McKay said.

SUN partnered with the Hazelwood Initiative and City of Bridges Community Land Trust to commit four solar installations to affordable housing being built in Hazelwood.

If development plans are approved next month by the Urban Redevelopment Authority of Pittsburgh, the four affordable homes could be the first in Pennsylvania to receive a Living Building Certification, according to City of Bridges Community Land Trust executive director Ed Nusser. Awarded by the International Living Future Institute, the certification is only given to buildings that meet stringent sustainability standards, including on-site energy generation.

“For too long, access to renewable energy has only been available to high-income families, and we are incredibly excited to work with SUN to begin to tackle environmental justice and inequity through coupling permanently affordable homeownership and resident-owned solar power,” said Nusser.

Hazelwood has been the site of much commercial solar energy investment in recent years. The neighborhood became home to the largest single slope solar structure in the United States at Hazelwood Green in 2020.

McKay said he hopes the new co-op will encourage neighboring homeowners to consider making the switch too.

“We want to make sure that the solar crosses the street into the rest of Hazelwood. And that residents there see ways that they can benefit from this technology,” he said.

Any homeowner or local business in Allegheny County can join the group for free, and there’s no commitment to purchasing solar panels. New members can join from now through July.