Richardson tested positive for THC and was not allowed to compete in the Tokyo Olympics. 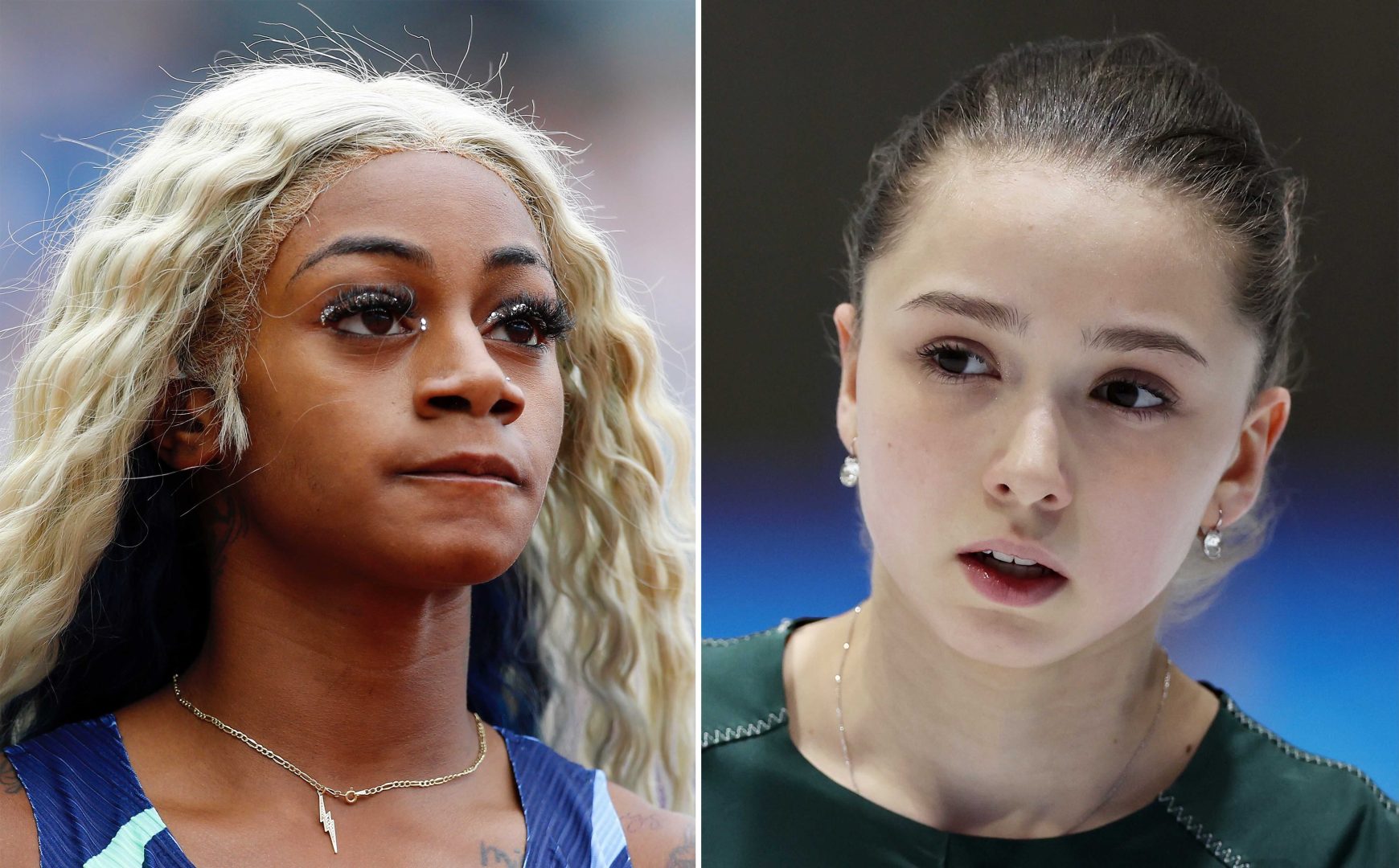 U.S. sprinter Sha’Carri Richardson is calling out Olympic and anti-doping officials, after Russian skater Kamila Valieva was allowed to compete despite testing positive for a banned drug.

“Can we get a solid answer on the difference” between their situations? Richardson asked on Twitter, after mediators ruled that Valieva should be allowed to skate in the women’s individual competition in Beijing.

“The only difference I see is I’m a black young lady,” Richardson said.

Can we get a solid answer on the difference of her situation and mines? My mother died and I can’t run and was also favored to place top 3. The only difference I see is I’m a black young lady. https://t.co/JtUfmp3F8L

Richardson won the 100-meter race at the U.S. Olympic trials early last summer, but after it was revealed that she had tested positive for THC, the intoxicant in marijuana, she was denied a chance to compete at the Tokyo Olympics.

THC is on the World Anti-Doping Agency’s list of prohibited substances — but so is trimetazidine, the drug that was found in Valieva’s test sample. The heart drug is believed to be able to boost athletes’ endurance and blood efficiency. In other words, it can boost athletic performance, while THC does not.

Richardson pointed out that difference in her tweets responding to the ruling on Valieva’s eligibility at the Winter Olympics.

Richardson, who like Valieva was favored to win a medal in her sport, also noted a stark difference in how their positive tests were handled. While the Russian star failed a test that was submitted in December, she somehow avoided a suspension.

News of the positive test only began to trickle out after Valieva helped her team win a gold medal in Beijing. In contrast, Richardson said, her drug test result quickly became public knowledge. “My name & talent was slaughtered to the people,” she added.

Valieva is being allowed to compete in Beijing under a cloud of suspicion — and in an extraordinary move, the International Olympic Committee says that if the Russian star wins, a medal ceremony won’t take place until a doping investigation is completed. That could thrust the singles competition into the same limbo that has held up medals for the team event, in which Russia took gold and the U.S. silver.

Richardson’s suspension just before the Tokyo Olympics triggered an outpouring of support for her and criticism for anti-doping rules, particularly because cannabis has shed much of the stigma it once carried. Dozens of U.S. states have legalized its use to some degree.

Dr. Michael Joyner, a physician and researcher on exercise physiology at the Mayo Clinic in Minnesota, told NPR last July that he was surprised at how weak the scientific evidence is for banning cannabis in athletes.

“I think this is a legacy of just kind of poor regulation in terms of not specifically saying what drug is banned for which event,” he said, “and also this sort of reefer madness sort of holdover.”

Cannabis remains on the list of banned substances that the World Anti-Doping Agency released shortly after the Tokyo Olympics. But the agency said in September that it will review the ban, citing “requests from a number of stakeholders” in international athletics.