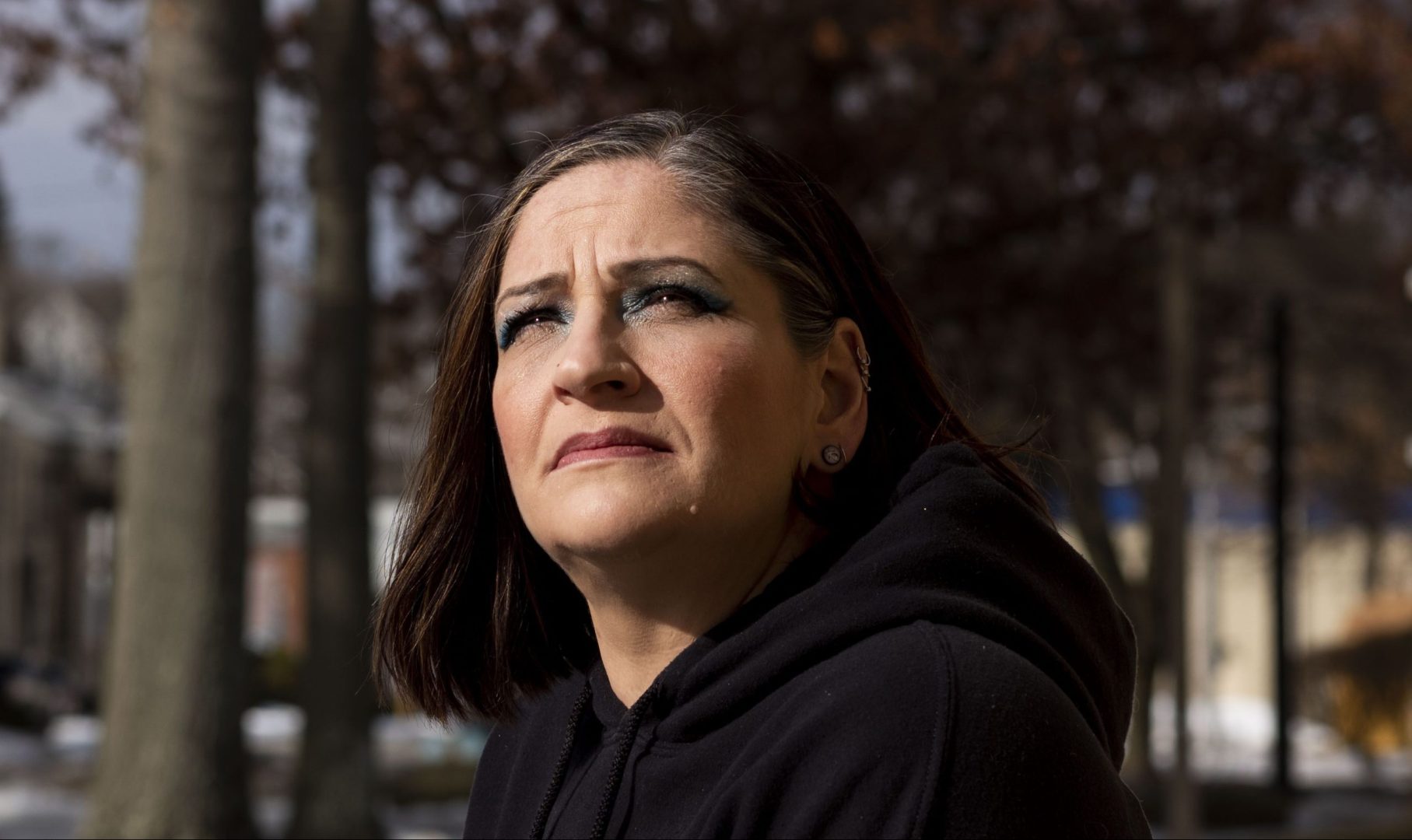 An eight-page letter the agency sent to the state court system in February focused on two Pennsylvania counties — Jefferson and Northumberland — and identified six others that currently or recently had “problematic policies that prohibit or otherwise limit” the use of medications for opioid use disorder.

The policies caused at least two people under court supervision “significant harm,” the department concluded, as they attempted to stop using proven and scientifically accepted treatments. One major national study found people are about 50% less likely to die when treated long-term with buprenorphine or methadone, two federally approved drugs that have faced bans in Pennsylvania.

The Department of Justice told the Unified Judicial System of Pennsylvania it should adopt or revise existing policies to ensure courts under its jurisdiction allow the use of these medications. The system should also pay damages to people harmed by the bans, update the process for people with disabilities to file discrimination complaints, and train all court staff.

Failure to do so could result in legal action by the Justice Department, the agency warned. A spokesperson for the state court system declined to comment.

The letter marks the first time the Department of Justice has called this kind of ban on opioid use disorder medications a violation of the federal Americans with Disabilities Act, according to Rebekah Joab, a staff attorney with the Legal Action Center, which represented a Jefferson County woman in a federal complaint.

That finding could have widespread ramifications for Pennsylvanians who are on probation, enrolled in a diversion program, or otherwise free from jail but under a court’s supervision. A 2018 state report on county adult probation and parole showed more than 181,000 active county supervision cases.

Joab said the letter alone “puts courts on notice” that they could be investigated by the Department of Justice over such policies and gives people affected a tool to fight back against such bans.

After struggling with opioid addiction for more than a decade, Mosey said she had success using buprenorphine. It’s one of three drugs, along with methadone and naltrexone, approved by the U.S. Food and Drug Administration to treat opioid use disorder.

Because of the ban in Jefferson County, Mosey, 45, tried to wean herself off the drug but soon began to experience withdrawal. She felt sick every day and couldn’t get out of bed. She feared the worst.

‘You’re setting them up for a disaster’

In 2018, the president judge of Jefferson County’s Court of Common Pleas, John H. Foradora, issued an administrative order banning anyone on probation who isn’t pregnant from using methadone, two types of buprenorphine medications, “or any other opiate based treatment medication regardless of whether” the drugs were prescribed.

The ban also applied to other programs that are provided as an alternative to jail. Foradora is the only Common Pleas judge in the county of about 45,000 people.

Foradora’s order said people had to be “completely clean of the substance” within 30 days of their sentence date or face having their probation revoked. That created a stark choice: stop using medication or risk going to jail.

A 2019 report from the National Academies of Sciences, Engineering, and Medicine noted that since methadone and buprenorphine are opioids, they can be misused. But the report also said the diversion rates for opioid use disorder medications are lower than those for other prescription drugs. The authors concluded opioid use disorder medications are “effective and save lives” and that long-term retention on the medications is associated with improved outcomes.

Guidance from the federal Substance Abuse and Mental Health Services Administration says patients with opioid use disorder who stop taking medication “generally return to illicit opioid use,” and the agency’s guidance warns against arbitrary time limits. And if people do decide to taper off buprenorphine, it’s “generally accomplished over several months,” according to the American Society of Addiction Medicine.

But in the order — which the Legal Action Center and ACLU of Pennsylvania provided to Spotlight PA — Foradora claimed people on the medications abuse them “with regularity.” The medications make “probationers ineffective and nearly impossible to manage,” he wrote, and they do “not appear to help the patients in any way to become productive members of society.”

Foradora did not respond to requests for comment for this story.

William Santoro, a physician and president of the Pennsylvania Society of Addiction Medicine, compared banning medications for opioid use disorder to banning insulin for people with diabetes.

“It’s very shortsighted. …You’re setting them up for a disaster, and then you’re going to blame the patient,” said Santoro, who is also chief of addiction medicine at Tower Health, a provider operating in southeastern Pennsylvania.

Mosey encountered Foradora’s ban in November 2018, according to the Department of Justice. The letter itself does not name Mosey, but she and the Legal Action Center identified her as Complainant A in the findings.

Mosey had decided to participate in a treatment program where patients are prescribed Suboxone, a medication containing buprenorphine and the opioid-reversal drug naloxone, because she felt that if she didn’t, she would relapse and end up back in prison. The medication and counseling helped, she said.

Mosey told Spotlight PA she wasn’t ready to stop using Suboxone but felt she didn’t have a choice. If she didn’t, according to the Justice Department letter, she faced going to jail — where she would not have access to opioid use disorder medication.

Around the same time, another person ran into similar problems with Jefferson County’s ban, according to the Department of Justice. In that case, the person — identified as Complainant B — had entered a diversionary program primarily for first-time offenders.

Like Mosey, Complainant B was told she had to stop using prescribed buprenorphine. She suffered from withdrawal symptoms, which required emergency treatment at least once, according to the letter. And after her initial efforts to stop using the medication failed, Jefferson County referred her to an inpatient treatment program to detox from her opioid use disorder medication.

“During her month-long stay at that facility, Complainant B suffered withdrawal symptoms including insomnia, aching legs, nausea, and stomach cramps,” the Department of Justice wrote. “Complainant B never succeeded in fully stopping use of her OUD medication.”

In Mosey’s case, a counselor helped her make connections that led to the Legal Action Center, which represented her as she made a federal complaint to the Department of Justice. The person later identified as Complainant B got in touch with the ACLU of Pennsylvania.

The organizations urged the Jefferson County court to lift the ban, and an attorney for the Department of Justice sent a letter to Foradora in December 2018 requesting information about the ban on medications. The attorney warned that the Americans with Disabilities Act provides protections to people with opioid use disorder.

“I had like a spark of hope that wasn’t there before,” Mosey told Spotlight PA. “When they told me that, it was, like, OK, I can look forward to life now.” 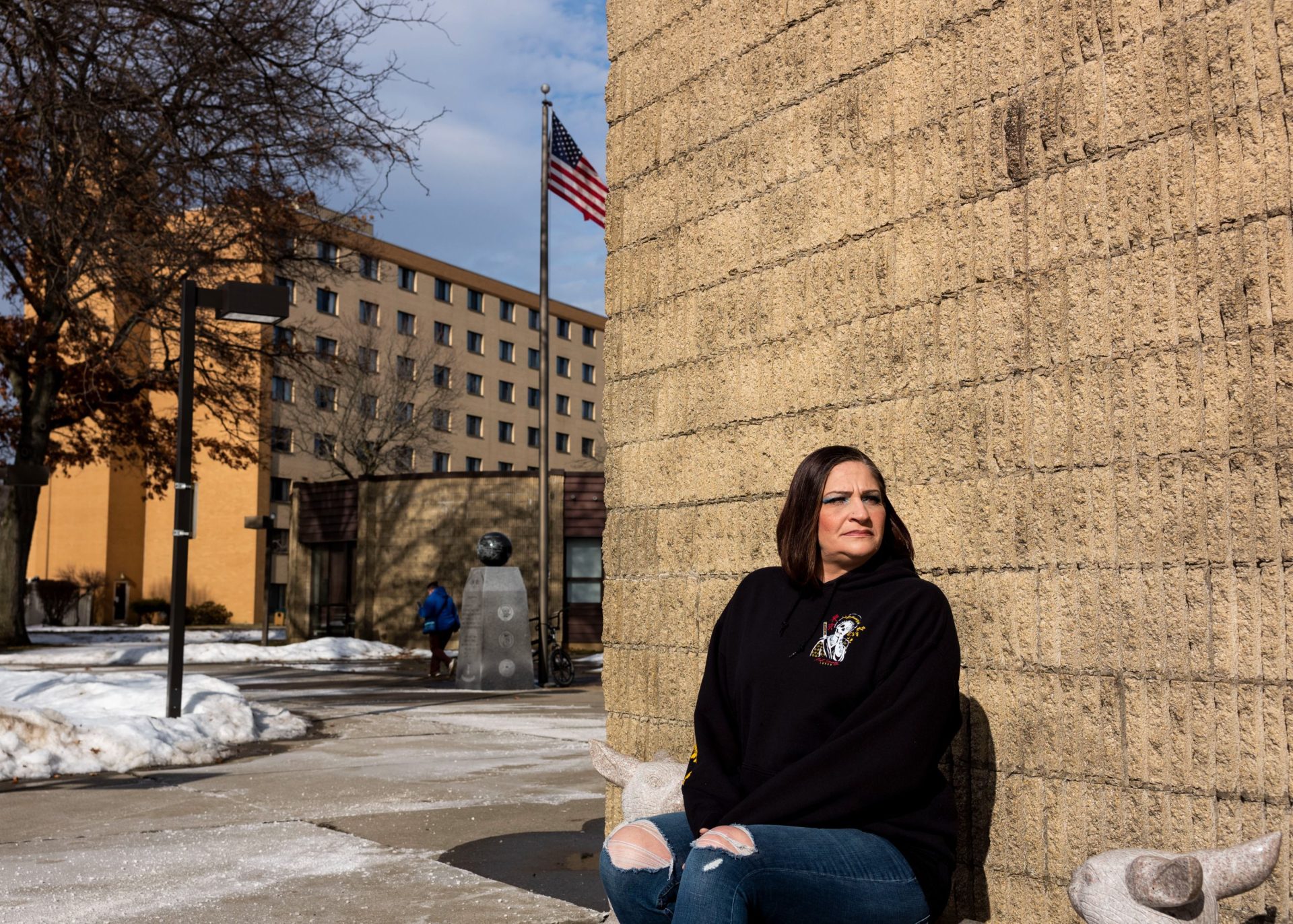 Sonya Mosey, 45, worked with the Legal Action Center to file a complaint with the Department of Justice after the Jefferson County Court of Common Pleas banned any “opiate based treatment medication,” including those prescribed by a doctor.

Trapped in the system

The Department of Justice also criticized practices in Northumberland County’s drug court program. As part of the program, people who plead guilty to criminal charges can avoid time in prison if they comply with frequent drug testing, engage in treatment, and follow other requirements, according to the findings.

Dozens of Pennsylvania counties have similar programs, known as problem-solving or treatment courts, which target a range of issues, from drug addiction to DUIs to mental health. About 1,600 people across the state graduate from the programs annually, according to court budget documents for recent years.

In Northumberland County, the drug treatment court team continually pressured one participant to quit her medication even though her doctor said she was doing well on buprenorphine and tapering her off could put her at increased risk of relapse, overdose, and death, the Department of Justice found.

The court’s ban on buprenorphine substantially delayed her progress through the program. She graduated in 2020 after four years in the program, when it should have taken less than two years, according to the report.

The department’s report said Northumberland’s drug treatment court team made statements that weren’t based on science and “displayed a misunderstanding of how the medications work.”

The report says Paige Rosini, a Common Pleas judge in Northumberland County, “bears ultimate responsibility for determining who is admitted to the program, whether they advance, receive sanctions, or graduate.” Rosini declined to comment for this story.

The Justice Department also identified six other counties that have, or recently had, problematic policies: Allegheny, Blair, Butler, Clinton, Delaware, and York. Spotlight PA reached out to officials in all six. Some either declined to comment or didn’t respond. Officials in two counties said they were open to making changes but didn’t commit to doing so.

Butler County recently revised its policy to allow buprenorphine and methadone on a case-by-case basis, according to Candace Graff, the county’s court administrator. The county already permitted naltrexone, said Graff, who noted officials will consider any guidance the state provides.

In Blair County, treatment court programs also allow participants to use naltrexone. The county’s president judge, Elizabeth A. Doyle, told Spotlight PA that officials are working on a new policy and considering allowing all three drugs.

While the Department of Justice identified eight counties in its findings, other county courts might prohibit the use of the medications even if they don’t have a formal policy banning them.

“A lot of times, these things are not written down,” said Sara Rose, deputy legal director for the ACLU of Pennsylvania.

Rose said the letter, and the Justice Department’s public endorsement of the medications, could help reduce stigma.

“I think it’s extremely important, especially coming at this time, where we’ve had such a spike in the number of overdose deaths,” Rose said.

For several years, Pennsylvania has had one the highest drug overdose death rates in the country. Nearly 5,500 people died from a drug overdose here in the 12-month period ending in June 2021, according to preliminary estimates from the Centers for Disease Control and Prevention.

After Jefferson County lifted its ban on Suboxone in 2018, Mosey’s physician boosted her dosage. She later chose on her own to safely taper off the drug. But she doesn’t think she would be doing as well as she is now if she hadn’t participated in the Suboxone treatment program. She works full-time as a manager at a Burger King and sees herself as someone her parents can say they’re proud of.

“I’m doing things that I never could have done in my addiction,” Mosey said.

The other day, Mosey said she broke down thinking about the Department of Justice investigation and others who need treatment.

“I have watched so many people that I know, so many friends die,” Mosey said. “And I thought, you know, maybe this will change things so that we don’t have to keep burying people.”