A budget report from the Independent Fiscal Office concluded that “there is little or no correlation” between spending on public schools and test scores.

The Independent Fiscal Office’s finding that “there is little or no correlation” between spending on public schools and test scores raised eyebrows among Pennsylvania legislators. 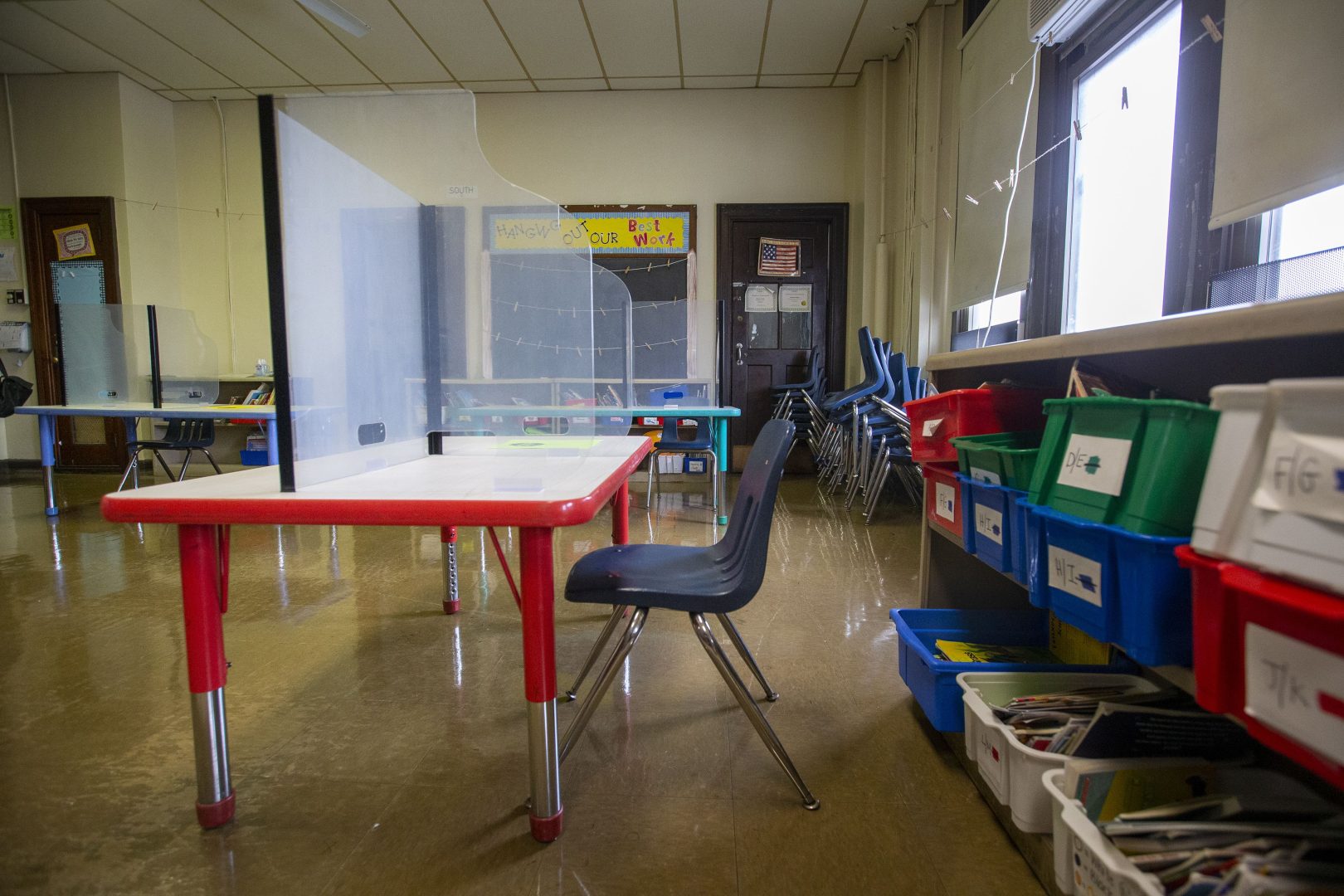 A budget report from the Independent Fiscal Office concluded that “there is little or no correlation” between spending on public schools and test scores.

(Harrisburg) — With a single sentence tucked 15 pages into an otherwise dry budget report on the state Department of Education, an independent fiscal watchdog waded into a roiling and deeply politicized debate about the links between school funding and student performance.

In a section of the report analyzing the relationship between spending by public schools in Pennsylvania and students’ standardized test performances over the course of a single year, the state’s Independent Fiscal Office concluded: “the data suggests there is little or no correlation.”

The question of what this actually means — and whether it should remain in the document — has sparked tensions within the board that holds hearings on such reports. To Democrats, the report’s language appears to echo arguments Republican legislative leaders have made in the ongoing, landmark trial over the way Pennsylvania pays for public schools.

The fiscal office’s reports are usually uncontroversial and approved promptly. This time, a bipartisan majority of board members voted on Jan. 26 to table the report after state Rep. Matt Bradford (D., Montgomery), the chair, raised concerns about its assertions and methods.

In a letter to the fiscal office, Bradford said the report included data errors and went too far in its claim about the relationship between spending and test scores — a subject he said requires complex statistical analysis that goes beyond the scope of the fiscal office’s responsibilities.

Academic research has found a clear connection between government spending and school performance, according to a 2016 review of scholarly papers that Bradford cited. “The available evidence leaves little doubt,” the review by a Rutgers education professor found. “Sufficient financial resources are a necessary underlying condition for providing quality education.”

And in 2015, a state education funding commission chaired by two Republican lawmakers noted that “inequities latent in the system” — such as some districts having more students who live in poverty, or who are English language learners — also explain why some districts spend different amounts to achieve similar outcomes.

By law, the Independent Fiscal Office must review the spending of all state agencies every five years and tie each budget line item to performance metrics — intended as a way for lawmakers to home in on ineffective programs. The process began in 2017 and this is the first time the fiscal office has examined the Department of Education.

The fiscal office does not make policy recommendations, but it does try to highlight trends or outcomes that are important to lawmakers, said Matthew Knittel, the agency’s director.

In this case, the fiscal office compared one year of data on per student spending for school districts with the share of students reaching proficiency on state standardized tests, finding “little or no correlation” between them.

Knittel insisted this is not the same as saying — or even implying — that state spending has no impact on student outcomes. “Our job is just to present the data and make observations,” he added.

Asked why the report only examined data for the 2018-19 school year, the most recent available after standardized tests were canceled due to COVID-19, Knittel said it was already 63 pages long and the analysis of spending versus student proficiency “wasn’t meant to be a deep dive.” The report did note that school districts with a smaller share of low-income students tend to perform better on standardized tests.

While Republicans control most legislative committees, the Performance-Based Budget Board is made up of the appropriations chairs of the four caucuses and the budget secretary, giving Democrats a majority.

State Rep. Torren Ecker (R., Adams), who serves as House Republicans’ designee on the board, was the only member to vote against tabling the fiscal office’s report, saying, “I don’t believe we have the ability to go back and say, ‘Well, we don’t like these facts.’” He later accused Democrats of “trying to hide what the IFO found,” although the report is still available online.

In a statement, House Speaker Bryan Cutler (R., Lancaster) said the lack of a correlation between spending and student proficiency is “a position I have stated many times and that is currently being argued in state court.”

Earlier this month, Cutler’s attorney entered the fiscal office’s report into evidence as part of the school funding trial and asked a witness to read the contested paragraph in court. He then withdrew both, saying he wanted to avoid a line of questioning that would broach privileged legislative conversations.