This image captured from video by WTAE, used by The Associated Press, shows the fatal crash on the Pennsylvania Turnpike early Jan. 5, 2020. 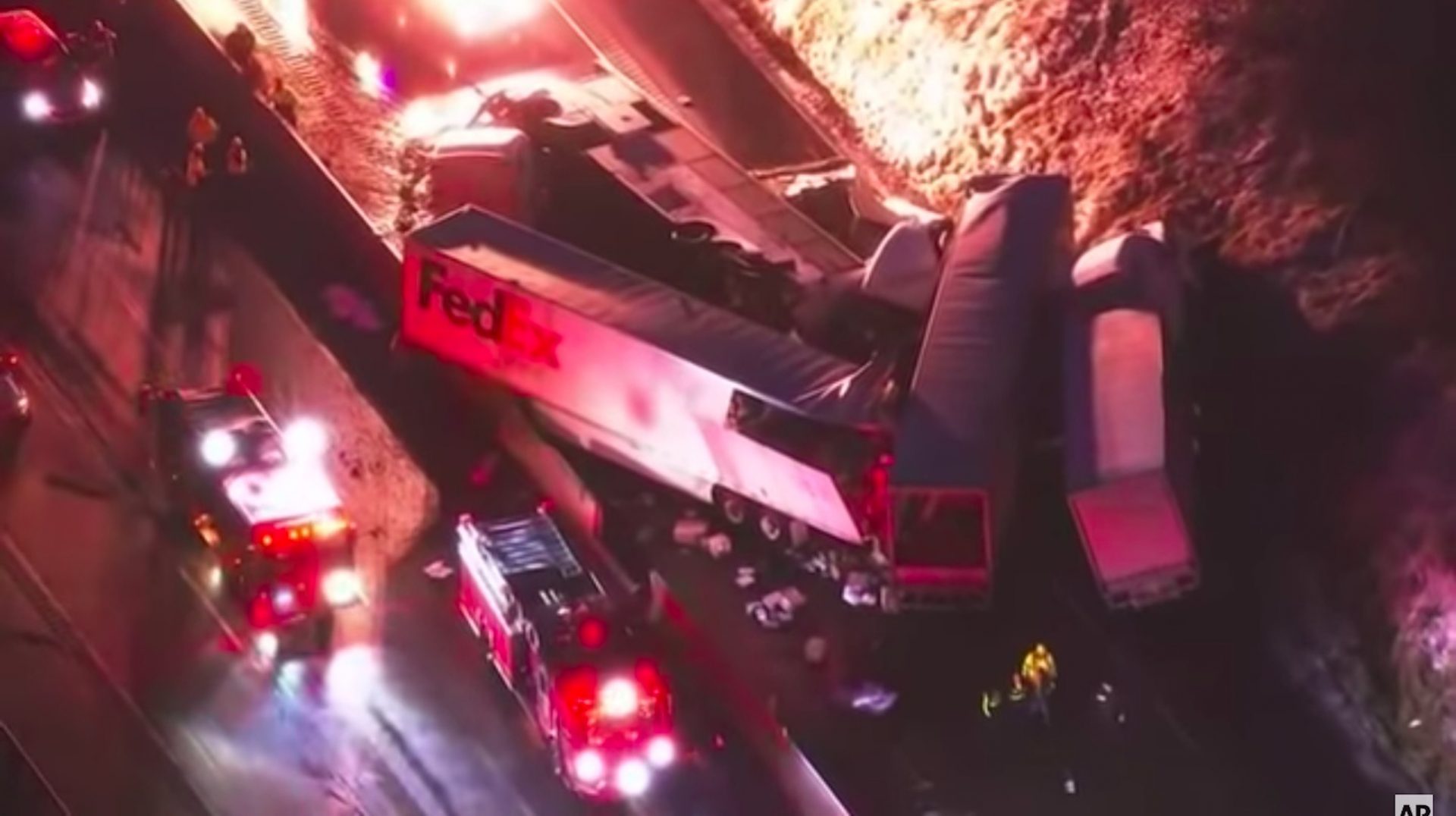 This image captured from video by WTAE, used by The Associated Press, shows the fatal crash on the Pennsylvania Turnpike early Jan. 5, 2020.

The National Transportation Safety Board said the driver lost control near Mount Pleasant, Pennsylvania, while traveling at 77 mph into a curve. The posted speed limit in the area is 70 mph, with a warning sign at the curve to keep below 55 mph.

NTSB chair Jennifer Homendy said in a statement that the crash “is a tragic reminder that speed kills. But it’s about more than driver behavior, which is why our recommendations take a comprehensive approach to promote safe speeds.”

The federal agency has concluded its investigation into the chain-reaction crash that occurred at about 3:30 a.m. on Jan. 5, 2020, on a remote section of interstate about 30 miles east of Pittsburgh.

The bus was operated by Z&D Tour Inc. and headed from the New York area to Cincinnati. The bus driver and two passengers, and the driver and a passenger in a truck that slammed into it, were all killed. An occupant of another truck and 49 bus passengers were hurt.

The NTSB found that the westbound bus went off the right side of the highway, hit an embankment and overturned, blocking both lanes and the shoulder. Almost immediately two trucks that had been following the bus ran into it. A car and truck drove off the road to avoid the crash and ended up wedged beside each other.

A lawyer for Z&D Tour said Tuesday she had not seen the NTSB findings and declined comment about the crash.

Federal investigators said variable speed limit signs may have prevented the crash or lessened its severity.

The NTSB issued a set of recommendations to federal and state transportation agencies as well as trucking and bus industry-related organizations and businesses. Topics of the recommendations include excessive speed when pavement is wet, standards for commercial vehicle collision avoidance and mitigation systems and onboard video event recorder systems.