The Pennsylvania Supreme Court ruled Wednesday that it will not await a lower court decision about the future of the state's congressional map and will instead take over the case.

The high court ruled Wednesday that it would not await a lower court ruling and instead take over the high-stakes case. 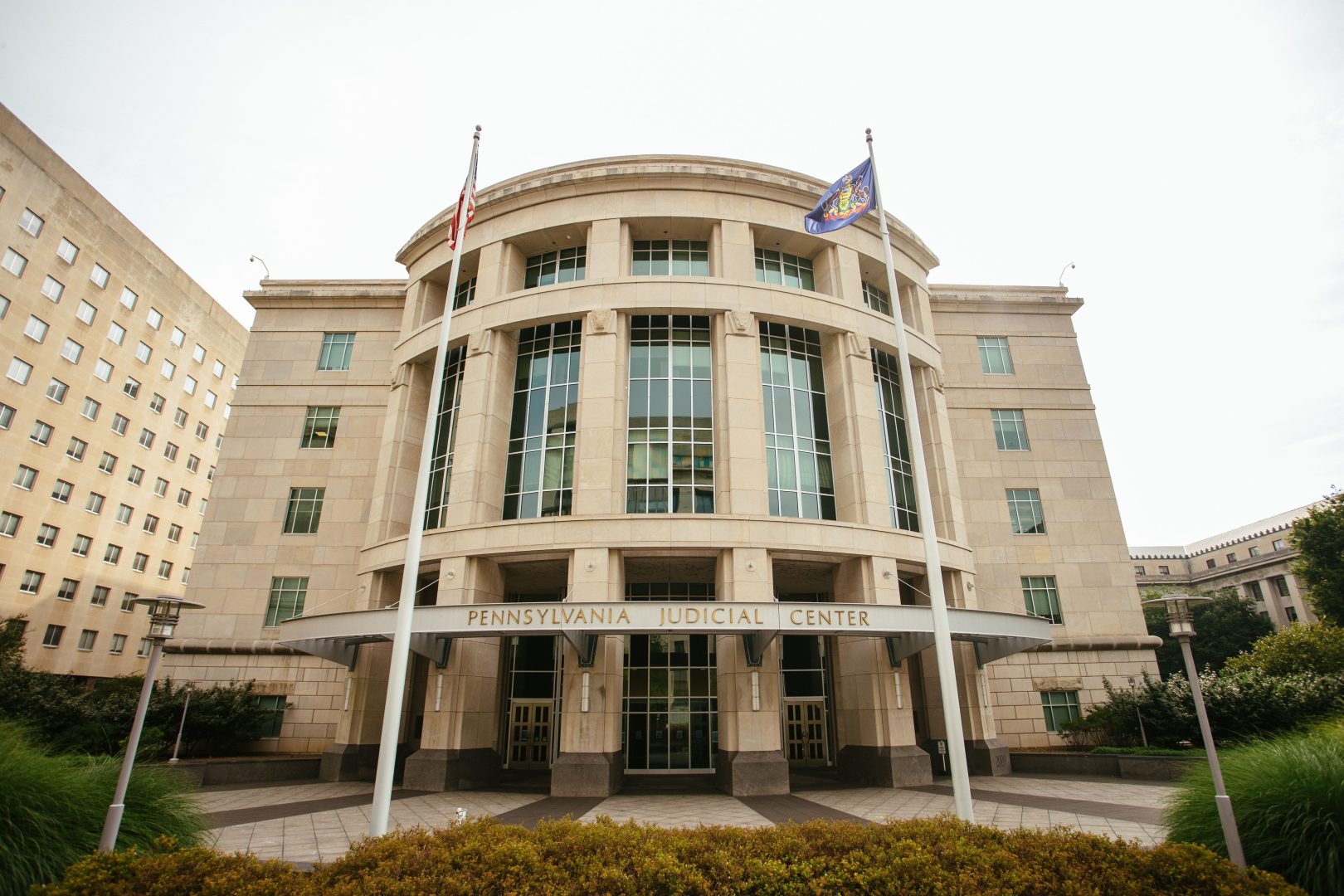 The Pennsylvania Supreme Court ruled Wednesday that it will not await a lower court decision about the future of the state's congressional map and will instead take over the case.

(Harrisburg) — The Pennsylvania Supreme Court took control of the high-stakes selection of the state’s next congressional map, preempting a lower court ruling at the last minute in a move that will likely fuel continued partisan scrutiny from Republicans.

Commonwealth Court had been set to rule on a map after soliciting proposals from interested parties. Instead, the high court will now receive a report from the lower court, additional briefs, and hold a hearing Feb. 18, three days after the date candidates can begin circulating nominating petitions.

Two groups of Pennsylvania residents originally filed suit in Commonwealth Court to ensure the May primary occurs on schedule. The court set a Jan. 30 deadline for Gov. Tom Wolf and the General Assembly to agree upon a map, and it solicited map submissions and held hearings.

This is the second time the high court, where Democrats hold the majority, has been asked to take the case. It originally declined, opting instead to give the lower court the chance to review the case and issue a ruling.

The state Supreme Court is no stranger to the redistricting process. In 2018, it threw out the congressional map and redrew it after it was challenged as unfairly benefitting Republicans. In response, several GOP lawmakers unsuccessfully called for Democrats on the bench to be impeached.

A Republican state lawmaker again called for Justice David Wecht, a Democrat, to be impeached in October 2020 in response to the court’s ruling on several election-related cases, and its upholding of Wolf’s emergency COVID-19 declaration.

The GOP has also advanced a constitutional amendment that would give the legislature the power to draw districts for statewide appellate court races — those for Commonwealth, Superior, and Supreme Courts — instead of the current format of statewide races. Such a change would make the state a national outlier, a Spotlight PA review found.

Typically, the congressional map is drawn and approved through a process akin to passing legislation through the General Assembly. After the state House and Senate agree on a map, it then goes to the governor for his approval.

The initial map proposal originated in the state House and was drawn by Amanda Holt, a noted redistricting advocate and former Republican Lehigh County commissioner. After it was introduced in the State Government Committee in mid-December, the chair, state Rep. Seth Grove (R., York), amended it in response to complaints from fellow Republicans that it split their counties.

In a letter released in late December, Wolf called the map “highly skewed,” and later told reporters he would veto it if it landed on his desk without amendments. While the map did improve upon the four neutral fairness criteria outlined by the state Supreme Court, it failed to reflect the partisan makeup of the state and had a strong Republican lean.

After weeks of failed negotiations between Senate Democrats and Republicans, the Senate adopted the House map in an effort to meet a Jan. 24 deadline set by the state’s top election official in order to keep Pennsylvania’s primary on track. Because the state is losing a seat in the U.S. House of Representatives, the current map cannot be used as a fallback.

$950,000 settlement reached in suit over police shooting in Lehigh County