Gov. Tom Wolf’s speech is expected to not only outline his policy requests but also look back at his administration’s turn at the helm of government.

The speech will provide the roadmap for weeks of budget hearings and negotiations between the term-limited governor and the Republican-controlled legislature. 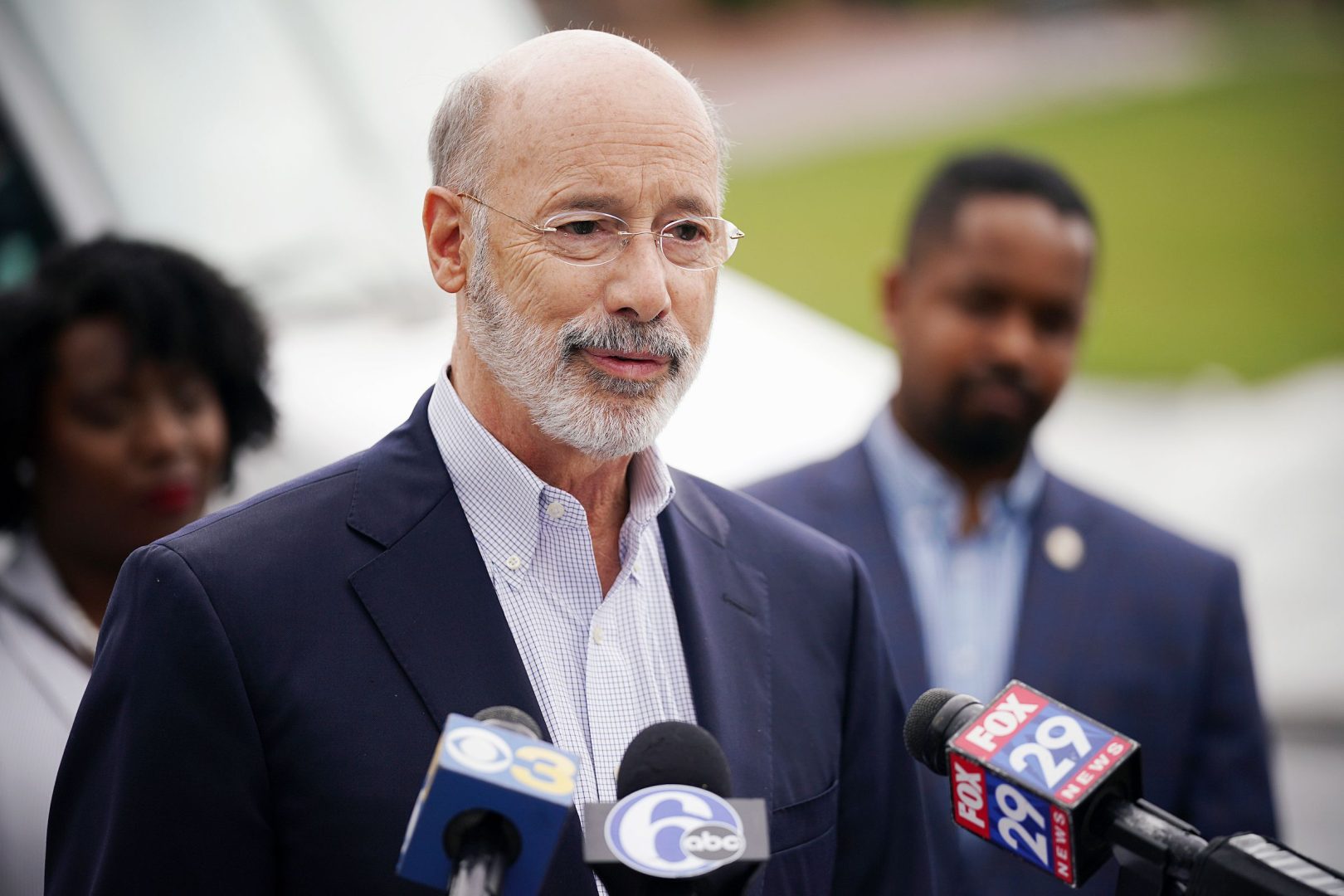 Gov. Tom Wolf’s speech is expected to not only outline his policy requests but also look back at his administration’s turn at the helm of government.

(Harrisburg) — This month, Democratic Gov. Tom Wolf will deliver his eighth and final budget address to a joint session of the legislature. Such speeches are usually a time for governors to lay out their vision for the future, and provide a wish list of all the policies and changes they want lawmakers to act on.

This time, though, Wolf’s speech is expected to not only outline his policy requests but also look back at his administration’s turn at the helm of government.

The speech will provide the roadmap for weeks of budget hearings and negotiations between the term-limited governor and the Republican-controlled legislature. A signed budget must be in place by July 1, the start of the fiscal year. This time around, talks between the two sides will be buoyed by the fact that the state is flush with cash reserves — if only temporarily.

Here are six things to know before the governor delivers his budget address on Feb. 8. This year, it is scheduled to resume being an in-person event, although legislative staff said they will likely cut down on the number of people (including aides and visitors) who are allowed to attend.

Legacy will be as prominent as finances

This is Wolf’s chance to sell the public on his tenure in office. Expect to hear about his administration’s focus on increasing funding for public education, expanding Medicaid access, ushering in changes to voting policy, and responding to COVID-19.

Also expect the GOP to rebut this narrative by countering that the Wolf administration overstepped its boundaries and attempted to usurp the powers of the legislature in imposing coronavirus restrictions.

The state’s finances are OK — for now

A decade ago, the legislature created the nonpartisan Independent Fiscal Office and tasked it with fairly and accurately assessing the state’s financial health.

In a report on the state’s budget outlook, the IFO projected a “substantial surplus” in this fiscal year’s budget — “but operating deficits for future years.”

That means negotiations between Wolf and the legislature for the fiscal year that begins in July could be calmer, but the next administration can expect a financial headache. By the 2023-24 fiscal year, Pennsylvania could be staring at a nearly $2 billion deficit, according to the latest IFO report.

Federal relief dollars are a curse and a blessing

That $5 billion includes roughly $2.4 billion in federal money from the American Rescue Plan Act that is leftover in a restricted account, and another $2.6 billion in state taxpayer dollars that was put into the budget reserve, nicknamed the rainy day fund.

Democrats, however, have called for spending the money now on what they see as more pressing matters for the state to address, setting the stage for potential clashes with GOP lawmakers who want to continue squirreling some of the money away to assuage the looming deficits in later years.

Wolf has proposed funding increases for public schools every year of his tenure. The GOP-controlled legislature has largely obliged, albeit not to the extent that the governor has sought.

The current fiscal year’s nearly $40 billion budget, for instance, includes a $400 million boost in education funding, including $200 million more for public schools and another $100 million to help struggling school districts.

But Wolf has been insistent that all education dollars — not just the amount in annual increases — should be funneled through the state’s fair funding formula to help poor and underfunded schools in urban and rural districts. If implemented, it would dramatically change the public education funding landscape.

Yet he doesn’t have complete buy-in from GOP lawmakers, and it is unlikely an expansion of the formula will be implemented in an election year, when public officials often shy away from making radical changes.

However, a lawsuit now in a state appellate court — one alleging that the state has historically underfunded poor and lower-income schools districts — could eventually force the legislature’s hand. But that suit could play out in the courts for months, if not years.

Wolf’s legacy will in large part be judged by his handling of the pandemic. Expect the Democratic governor to focus on his administration’s investments in health care — including an additional $225 million being fast-tracked for hospitals struggling with staffing shortages — rather than the myriad fights he had with legislative Republicans over his administration’s restrictions in the first year of the pandemic.

There are a handful of policy changes that the Democratic governor pushes nearly every year despite legislative inaction. They include measures to fight gun violence, proposals to raise the minimum wage above $7.25 an hour, and plans for taxing natural gas production. The governor will likely return to those themes in this year’s speech, but the political landscape does not appear promising for action on those fronts.

Wolf also might deliver a full-throated defense of his administration’s efforts to expand voting access in light of last week’s controversial appellate court ruling striking down the state’s mail voting law. The administration has appealed the decision to the state’s highest court, and Wolf has said the outcome will be pivotal to the strength of democracy in the commonwealth.

Despite a court battle, Pennsylvania voters can still apply for mail ballots without an excuse