Gov. Tom Wolf will present his budget on Feb. 8. 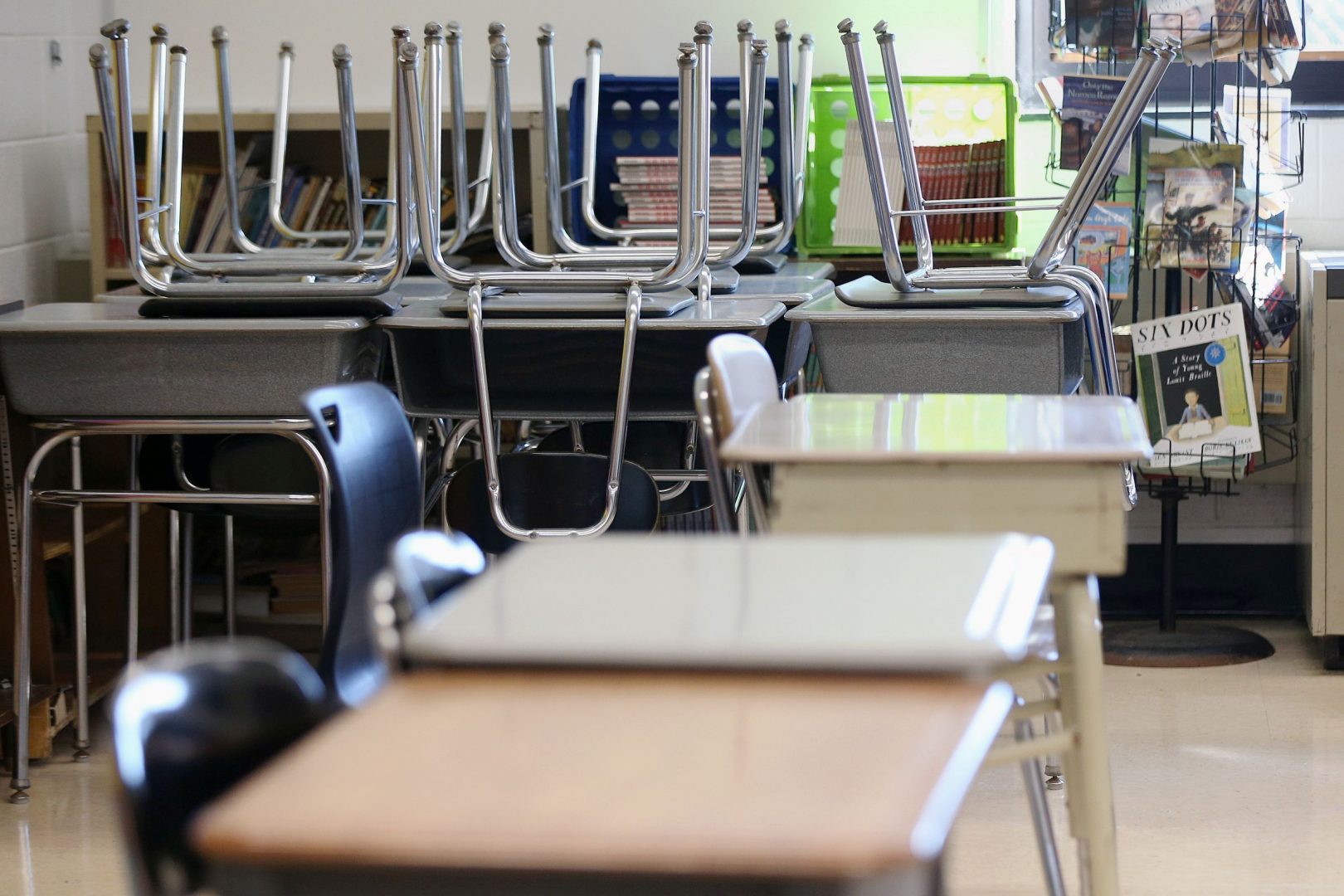 The plan — backed by the minority chairs of the Senate and House Appropriations Committees — calls for a $3.75 billion bump in school spending. That includes $1.1 billion toward school infrastructure and a $1.1 billion increase in basic education funding.

Under the Democratic proposal, another $750 million would go into the “Level Up” program, which steers money toward Pennsylvania’s lowest wealth school districts. The rest would be earmarked for mental health supports and other initiatives.

“[This proposal] will be the largest increase in education funding in the history of the Commonwealth of Pennsylvania,” said Senator Vincent Hughes (D-Philadelphia), co-chair of the Senate Appropriations Committee. “This historic proposal matches not just this historic moment, but also matches historic revenues.”

The lawmakers say Pennsylvania has enough money to afford and sustain these investments — without any “funny money” involved, as Hughes put it.

Of the $3.75 billion, $1 billion would come from roughly $2.25 billion in unspent federal pandemic aid. The rest, according to Hughes, could be covered by rising tax revenues — without raising any tax rates.

“We’ve dotted the i’s and crossed the t’s,” said Hughes. “These numbers make sense. These dollars add up.”

While the proposal may underscore Democratic priorities as budget negotiations unfold, it’s likely to get blowback from the GOP leaders who control both state houses. On Monday, a spokesperson for the Republican caucus in the state house called it “more of the same old, same old.”

“The Senate Democrats proposal…is nothing more than a political maneuver to turn a one-time spend into a reoccurring funding stream,” said spokesperson Erica Clayton Wright in a statement. “Republicans in the General Assembly have worked in a bi-partisan manner to make historic investments in education.  We will continue to try and work better together with our colleagues on the other side of the aisle to consider realistic and beneficial funding that helps prepare Pennsylvania’s future workforce.”

In a mid-year revenue update also released Monday, Pennsylvania’s Independent Fiscal Office (IFO) revised its General Fund estimate to $45.3 billion, up from $41.9 billion. It projects a dip next fiscal year to $43.3 billion.

Last fiscal year the state ended up with a $2.6 billion surplus that it transferred to its rainy day fund, according to the administration. Hughes said the state’s surplus will surge to roughly $7 billion by June 30th.

In November, however, the IFO also said that the state could face an operating deficit of $1.8 billion by fiscal year 2024.  Hughes took issue with those projections, which he called “static.”

The political backdrop for this proposal includes a major school funding trial and an upcoming gubernatorial election.

The trial revolves around whether Pennsylvania has underfunded schools to such an extent that it’s violating the state’s constitution. Right now the case is in Commonwealth Court. It could be years before the trial forces any change in the way the state doles out education funding — if it forces a change at all.

There’s more immediacy and certainty around political change in Harrisburg. The upcoming budget will be the eighth and final one overseen by Wolf.

The Democrat came into office promising more money for schools and has kept it a priority through his tenure. Last year, for instance, the state increased basic education funding by 4%. On a percentage basis, that was the second-largest increase of the seven budgets in the Wolf era.

By comparison, Monday’s proposal by Democratic leaders represents a 15% increase in basic education spending. And that’s before the additional $1.1 billion proposal for school infrastructure.

It’s unclear if Wolf’s is willing to formalize that ask. Hughes said Monday that his caucus’ proposal, dubbed the “Full Funding Plan,” has received “very strong interest” from the governor’s office.

“The administration is pleased that the Democrats share the governor’s priority to continue to invest in education and the governor will consider this proposal as he prepares to deliver his budget proposal next week,” said Wolf press secretary Elizabeth Rementer in a statement.

Wolf is scheduled to give his budget address on February 8.

Brought to you by Keystone Crossroads

Exploring the stories that matter across the commonwealth with all Pennsylvanians in mind.

Pennsylvania high court may step in to House districts case