After the blizzard, the big chill as East Coast digs out 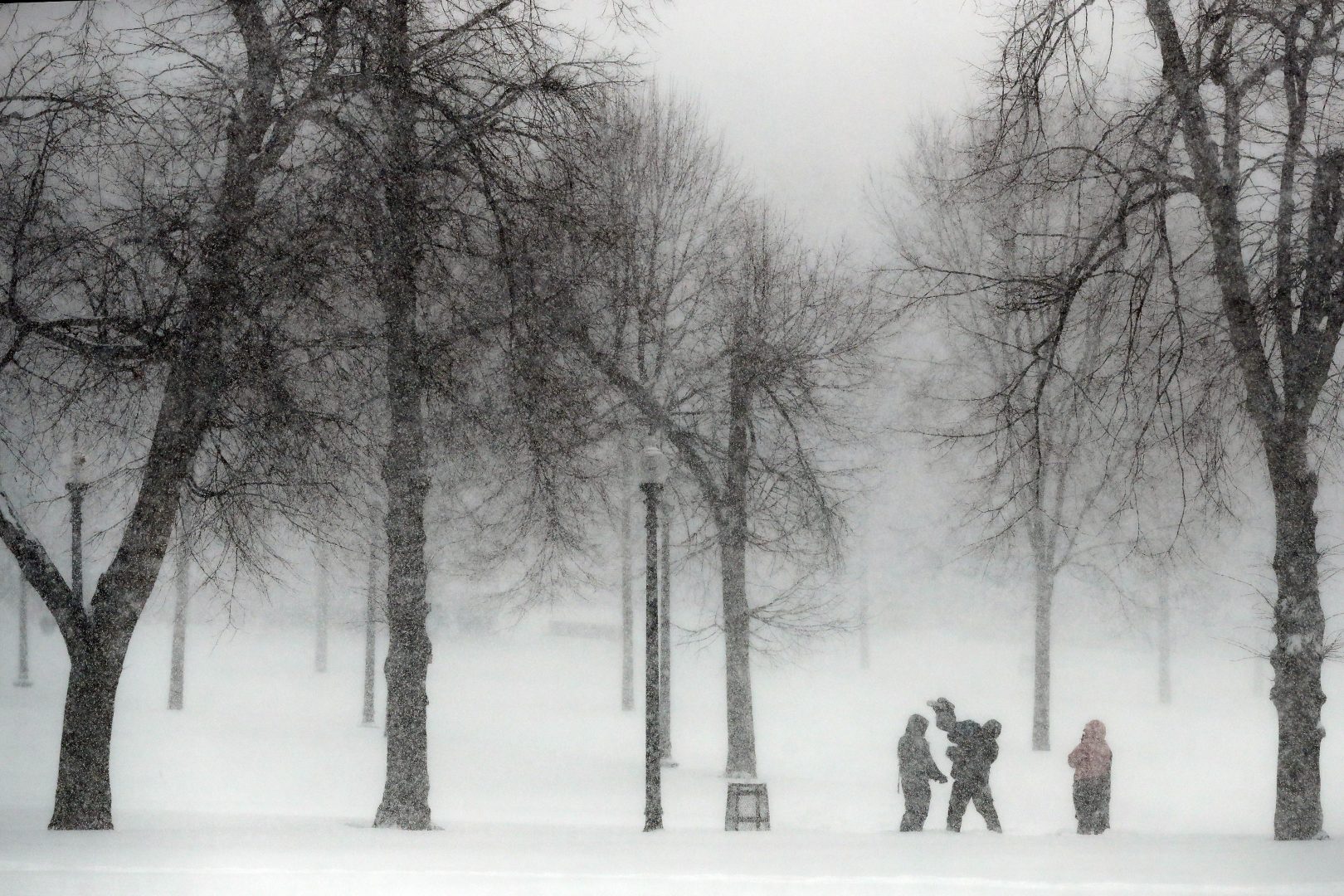 (Boston)  —  Gusty winds and falling temperatures have plunged the East Coast into a deep freeze as people dig out after a powerful nor’easter dumped mounds of snow, flooded coastlines and knocked out power to tens of thousands.

Dangerous wind chills have fallen below zero in many locations across the region on Sunday after the storm dumped snow from Virginia to Maine. Philadelphia and New York had plenty of snow, but Massachusetts bore the brunt of the storm, with the town of Sharon getting more than 30 inches (76 centimeters) of snow before the storm moved out.

The wind continued raging as over 100,000 lost power, mostly in Massachusetts, hampering crews’ ability to work on overhead lines. No other states reported widespread outages.

Winds gusted as high as 83 mph (134 kph) on Cape Cod in Massachusetts. It scoured the ground bare in some spots and piled the snow into huge drifts in others. Coastal towns flooded, with wind and waves battering North Weymouth, south of Boston, flooding streets with a slurry of frigid water, according to video posted on social media. Other videos showed a street underwater on Nantucket and waves crashing against the windows of a building in Plymouth.

The city tied its record for biggest single-day snowfall on Saturday, with 23.6 inches (60 centimeters), the National Weather Service said.

Boston resident Jesse Ledin owns a home-goods rental business startup. He was out walking his dog in the storm, wearing ski goggles Saturday as he navigated gingerly through huge snow drifts and painful wind gusts.

“It’s pretty intense with the winds getting up to 70 miles (112 kilometers) an hour. As for the depth, it’s pretty deep in spots with the wind and the snow drifts, but it’s pretty nasty out and I definitely wouldn’t want to be driving. So it’s nice to be able to walk through these huge snowdrifts and in pretty tough conditions,” Ledin said.

Much warmer ocean waters “are certainly playing a role in the strengthening of the storm system and increased moisture available for the storm,” said University of Oklahoma meteorology professor Jason Furtado. “But it isn’t the only thing.”

The storm had two saving graces: Dry snow less capable of snapping trees and tearing down power lines, and its timing on a weekend, when schools were closed and few people were commuting.

Parts of 10 states were under blizzard warnings at some point: Maine, New Hampshire, Massachusetts, Rhode Island, Connecticut, New York and New Jersey, along with much of the Delmarva Peninsula in Delaware, Maryland and Virginia.

The National Weather Service considers a storm a blizzard if it has snowfall or blowing snow, as well as winds of at least 35 mph (56 kph) that reduce visibility to a quarter-mile or less for at least three hours. In many areas, Saturday’s storm met those criteria.

Rhode Island, all of which was under a blizzard warning, banned all nonemergency road travel.

Dave McGillivray, race director for the Boston Marathon, jokingly invited the public to his suburban Boston home on Saturday for a free snow-shoveling clinic.

“I will provide the driveway and multiple walkways to ensure your training is conducted in the most lifelike situation,” he said.

Washington and Baltimore got some snow but were largely spared. The worst of the nor’easter was expected to blow by Sunday morning into Canada, where several provinces were under warnings.

Claiming COVID costs, and 4 other questions about filing your taxes this year