FILE - A driver places a swab into a vial at a free drive-thru COVID-19 testing site in the parking lot of the Mercy Fitzgerald Hospital in Darby, Pa., Thursday, Jan. 20, 2022. A requirement to get vaccinated against COVID-19 kicks in Thursday, Jan. 27, for millions of health care workers in about half the states. (AP Photo/Matt Rourke, File) 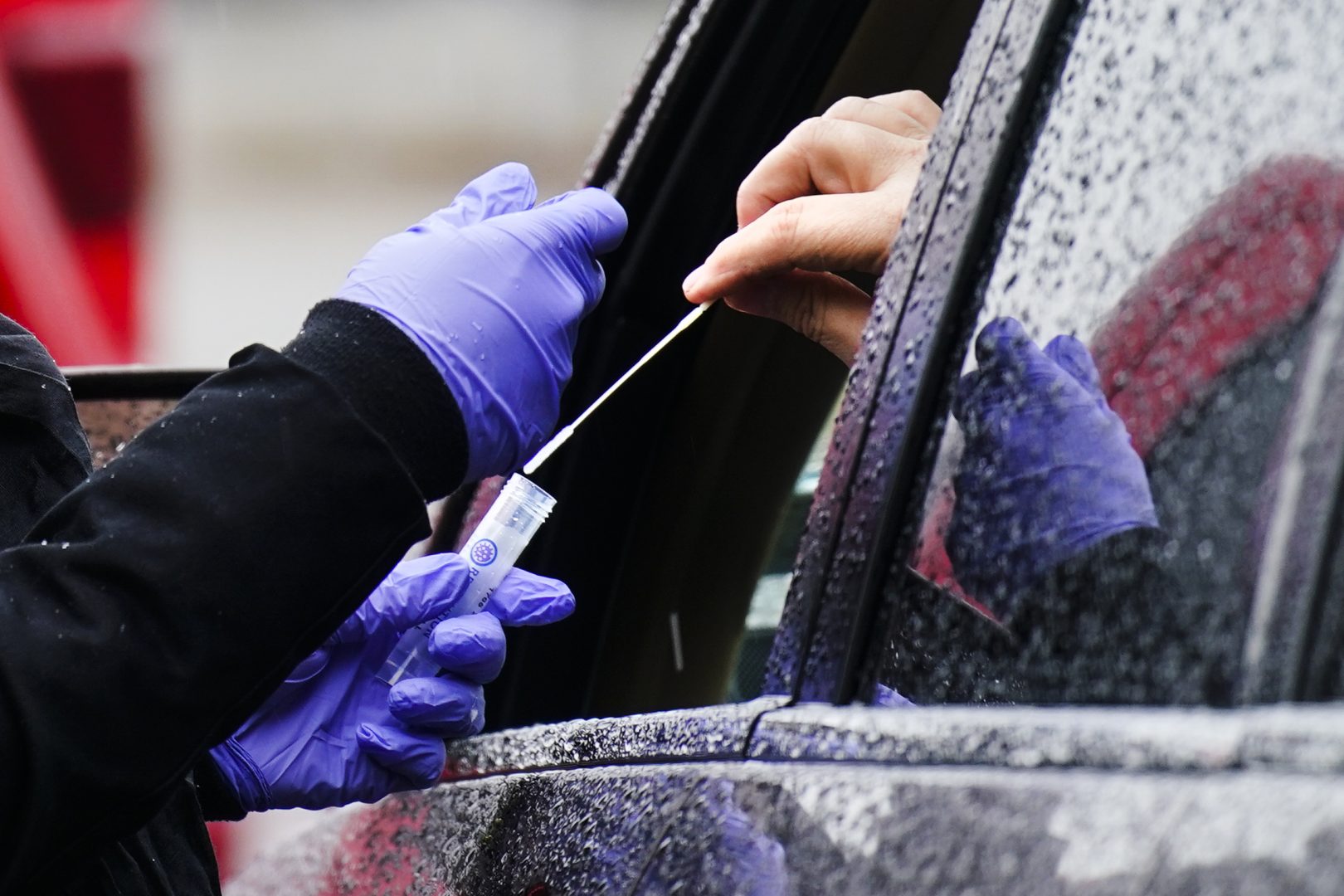 FILE - A driver places a swab into a vial at a free drive-thru COVID-19 testing site in the parking lot of the Mercy Fitzgerald Hospital in Darby, Pa., Thursday, Jan. 20, 2022. A requirement to get vaccinated against COVID-19 kicks in Thursday, Jan. 27, for millions of health care workers in about half the states. (AP Photo/Matt Rourke, File)

(Washington) — Health care workers in about half the states face a Thursday deadline to get their first dose of the COVID-19 vaccine under a Biden administration mandate that will be rolled out across the rest of the country in the coming weeks.

While the requirement is welcomed by some, others fear it will worsen already serious staff shortages if employees quit rather than comply.

And in some Republican-led states that have taken a stand against vaccine mandates, hospitals and nursing homes could find themselves caught between conflicting state and federal demands.

“We would like to see staff vaccinated. We think that it’s the safest option for residents, which is our biggest concern,” said Marjorie Moore, executive director of VOYCE, a St. Louis County, Missouri, nonprofit that works on behalf of nursing home residents. “But not having staff is also a really big concern, because the neglect that happens as a result of that is severe and very scary.”

The mandate affects a wide swath of the health care industry, covering doctors, nurses, technicians, aides and even volunteers at hospitals, nursing homes, home-health agencies and other providers that participate in the federal Medicare or Medicaid programs. 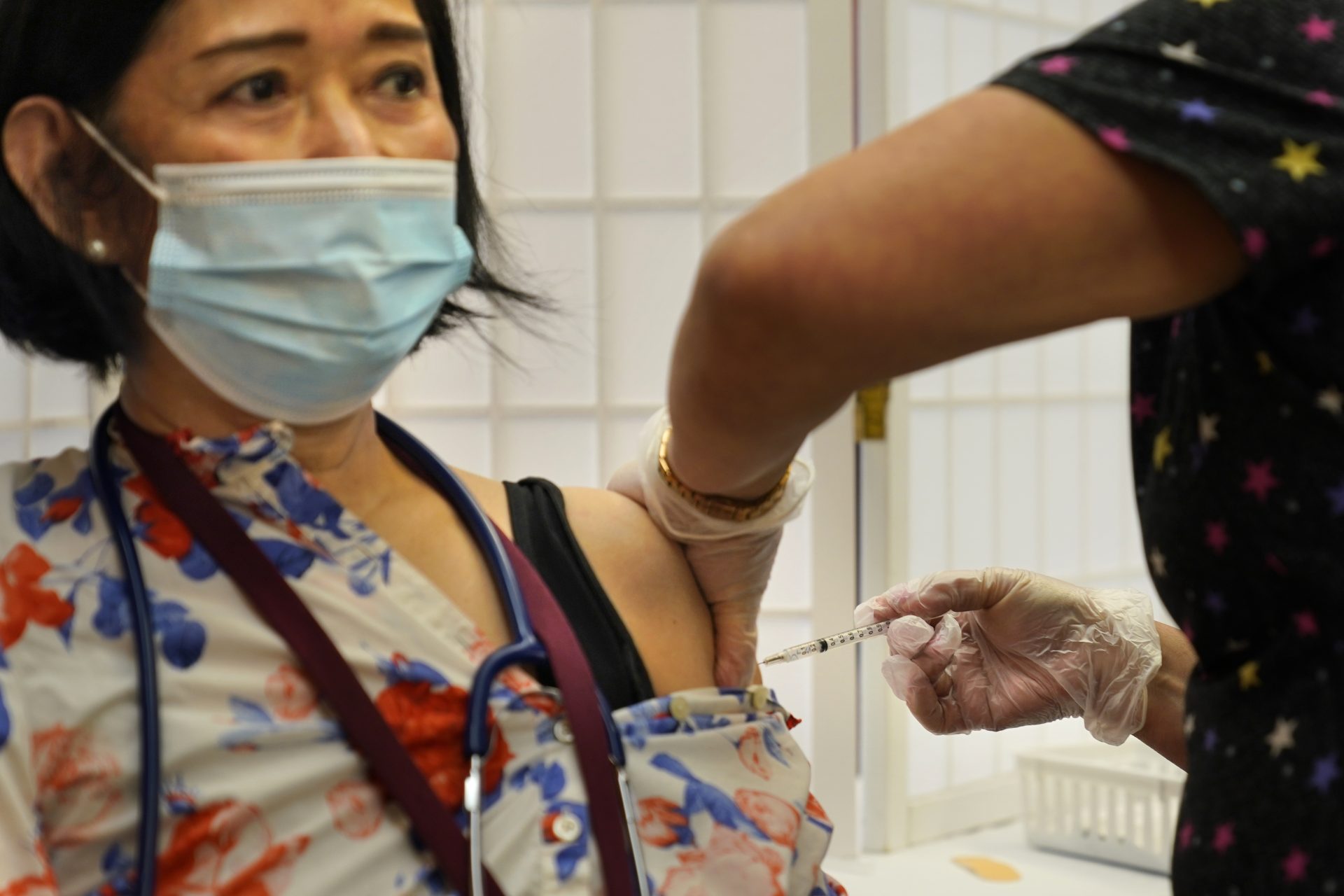 FILE – Cristina Licup receives her COVID-19 booster shot where she works at the Hebrew Home at Riverdale in New York, Monday, Sept. 27, 2021. A requirement to get vaccinated against COVID-19 kicks in Thursday, Jan. 27, 2022 for millions of health care workers in about half the states. (AP Photo/Seth Wenig, File)

It comes as many places are stretched thin by the omicron surge, which is putting record numbers of people in the hospital with COVID-19 while sickening many health workers.

Nationwide, about 81% of nursing home staff members already were fully vaccinated as of earlier this month, ranging from a high of 98% in Rhode Island to a low of 67% in Missouri, according to the federal Centers for Medicare & Medicaid Services. The data is unclear about the vaccination levels in hospitals and other health care sites.

It is taking effect first in jurisdictions that didn’t challenge the requirement in court. Those include some of the biggest states, with some of the largest populations of senior citizens, among them: California, Florida, New York and Pennsylvania.

“There absolutely have been employee resignations because of vaccination requirements,” said Catherine Barbieri, a Philadelphia attorney at Fox Rothschild who represents health care providers. But “I think it’s relatively small.”

At Wilson Medical Center in rural Neodesha, Kansas, three of the roughly 180 employees are quitting, and several others have sought exemptions from the vaccine mandate, said hospital spokeswoman Janice Reese.

“We are very fortunate that that is all we are losing,” she said, noting that the hospital was not in favor of the mandate. “We didn’t feel like it was our place to actually try to tell a person what they had to do.”

Reese said the vaccine requirement could also make it more difficult for the hospital to fill vacancies.

In Florida, medical centers find themselves caught between dueling federal and state vaccination policies. They could lose federal funding for not adhering to the Biden administration mandate, but could get hit with fines for running afoul of state law.

Gov. Ron DeSantis, a Republican who has waged a legal campaign against coronavirus mandates, last year signed legislation that forces businesses with vaccine requirements to let workers opt out for medical reasons, religious beliefs, immunity from a previous infection, regular testing or an agreement to wear protective gear. Businesses that fail to comply can be fined $10,000 to $50,000 per violation. 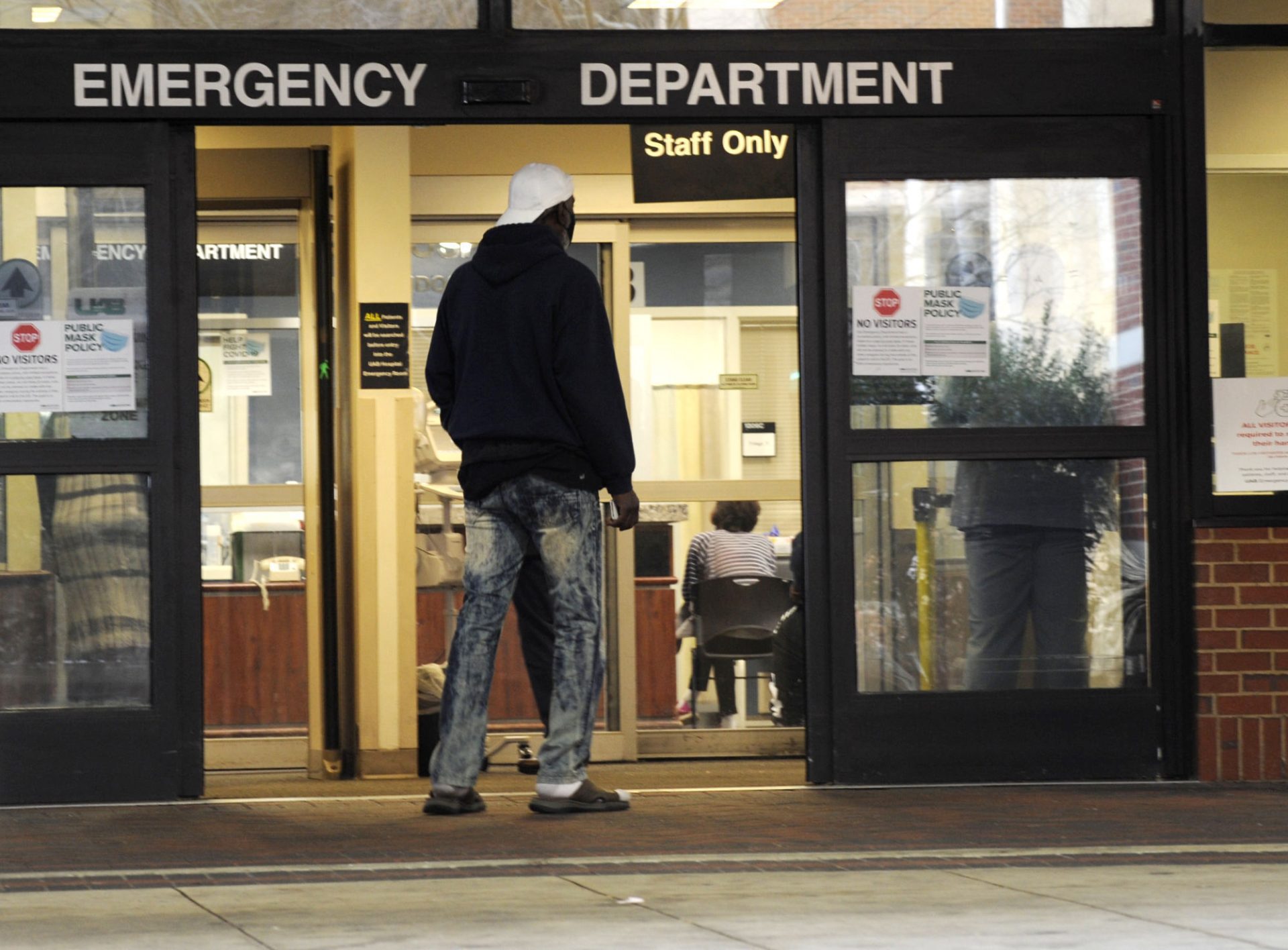 Asked if the state would pursue fines against hospitals that enforce the federal mandate, a spokeswoman for the Florida attorney general said all employee complaints “will be thoroughly reviewed by our office.”

Some states already have their own vaccine requirements for health care workers. In California, for example, they have been required to be fully vaccinated since Sept. 30 and must get a booster b y Feb. 1.

The federal mandate is “better late than never,” said Sal Rosselli, president of the National Union of Healthcare Workers, which represents about 15,000 people in California. “But if it happened sooner, we wouldn’t have gone through the surge, and a lot more people would be alive today.”

The government said it will begin enforcing the first-dose vaccine requirement Feb. 14 in two dozen other states where injunctions were lifted when the U.S. Supreme Court upheld the mandate two weeks ago. The requirement will kick in on Feb. 22 in Texas, which had filed suit separately.

In Missouri, one nursing home served notice this week that it intends to take advantage of a state rule that allows facilities to close for up to two years if they are short-staffed because of the vaccine requirement.

“Obviously we are proponents of vaccines,” said Lisa Cox, a spokeswoman for the Missouri Department of Health and Senior Services. But “throughout all of this, we knew that mandating it would be a negative impact really on our health care system … just because of crippling staffing levels.”

Cox identified the facility that was closing as Cedarcrest Manor, in the eastern Missouri city of Washington. She said there are just 42 patients in the 177-bed facility amid the staffing shortages. A woman who answered the phone at the facility took a message but couldn’t immediately comment.

The Centers for Medicare & Medicaid Services ultimately could cut off funding to places that fail to comply with the mandate. But it plans to begin enforcement with encouragement rather than a heavy hand.

CMS guidance documents indicate it will grant leniency to places that have at least 80% compliance and an improvement plan in place, and it will seek to prod others.

“The overarching goal is to get providers over that finish line and not be cutting off federal dollars,” said MaryBeth Musumeci, a Medicaid expert with the nonpartisan Kaiser Family Foundation.

Pennsylvania court has a dozen congressional maps to review