Gov. Tom Wolf is expected to veto the bill. 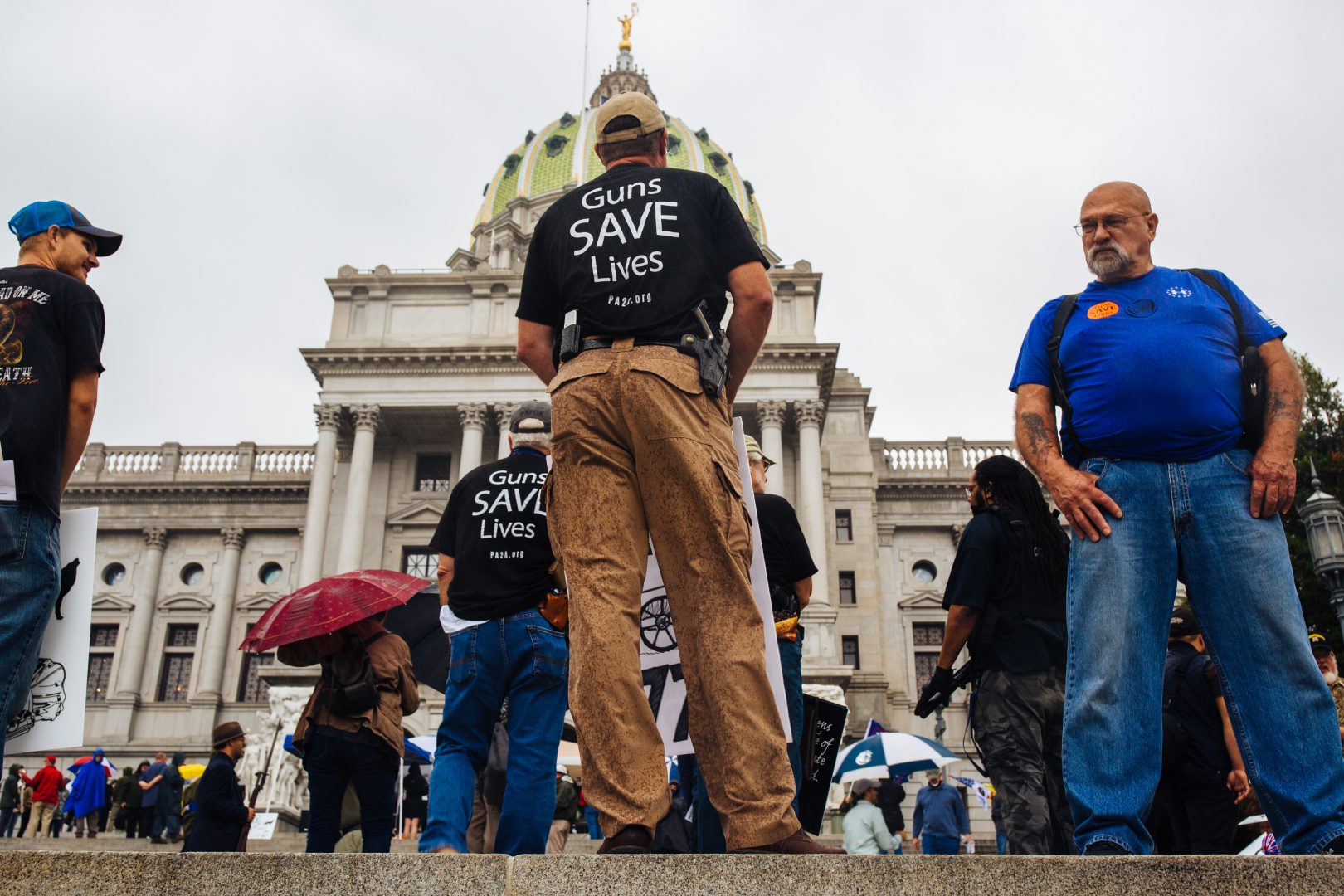 (Harrisburg) — People who want to sue over their city or county’s gun ordinances may have an incentive to do so under a bill a state Senate committee has moved forward.

Municipalities are already banned under state law from passing a wide variety of restrictions on things like gun ownership and transportation. But under the bill passed on a party-line vote Wednesday, those municipalities would have to pay the legal fees of anyone who gets a court to declare a gun ordinance illegal.

“We just want the illegal ordinances to stop, and the only way to do that is there has to be some sort of financial repercussion to the cities and the municipalities or the counties to stop enacting illegal ordinances,” said Val Finnell, Pennsylvania Director of Gun Owners of America.

Finnell said Gun Owners of America and other groups are not looking to make any financial gain from suing cities or counties. The group is already trying to sue Philadelphia over one of its gun laws.

Under the Republican-backed bill, cities and counties would have to cough up potentially thousands in legal fees if a court overturns any of their gun laws, and the state would get to pre-empt, or have more say, than municipalities on gun issues.

State Sen. Maria Collett (D-Montgomery) pointed out while the GOP does not want municipalities to implement their own firearm rules, many of those same state lawmakers want those governments to make their own Covid rules

“This majority needs to make up its mind once and for all whether it values and respects the judgment of local sovereigns or not,” she said.

The bill must now come before the full Senate before it can be sent to Gov. Tom Wolf, who is expected to veto it.

Wolf spokeswoman Beth Rementer said the bill would only “loosen common sense gun laws” and make it harder for cities and counties to address gun violence.

Pennsylvania’s Supreme Court said in a decision last fall that people affected by local gun rules can sue over anything that isn’t in line with the state, which banned gun ownership restrictions decades ago. State lawmakers approved elements of the legal fees measure once before, but the high court struck it down as unconstitutional because the bill tried to do too many things at once.

Despite restrictions on local ordinances, some city councils have passed tougher rules around guns anyway because they argue the law isn’t clear on certain issues, like ghost guns.

A ghost gun, also known as a homemade firearm, is a gun that is often assembled from parts purchased online or made at home. They have no serial numbers as manufactured firearms do, which make them virtually untraceable.