A proposed Pennsylvania Senate district map is displayed during a meeting of the Pennsylvania Legislative Reapportionment Commission at the Capitol in Harrisburg, Pa., Thursday, Dec. 16, 2021.

The chair of the committee in charge of drawing the legislative maps said it will be “challenging” to finish them in under 30 days. 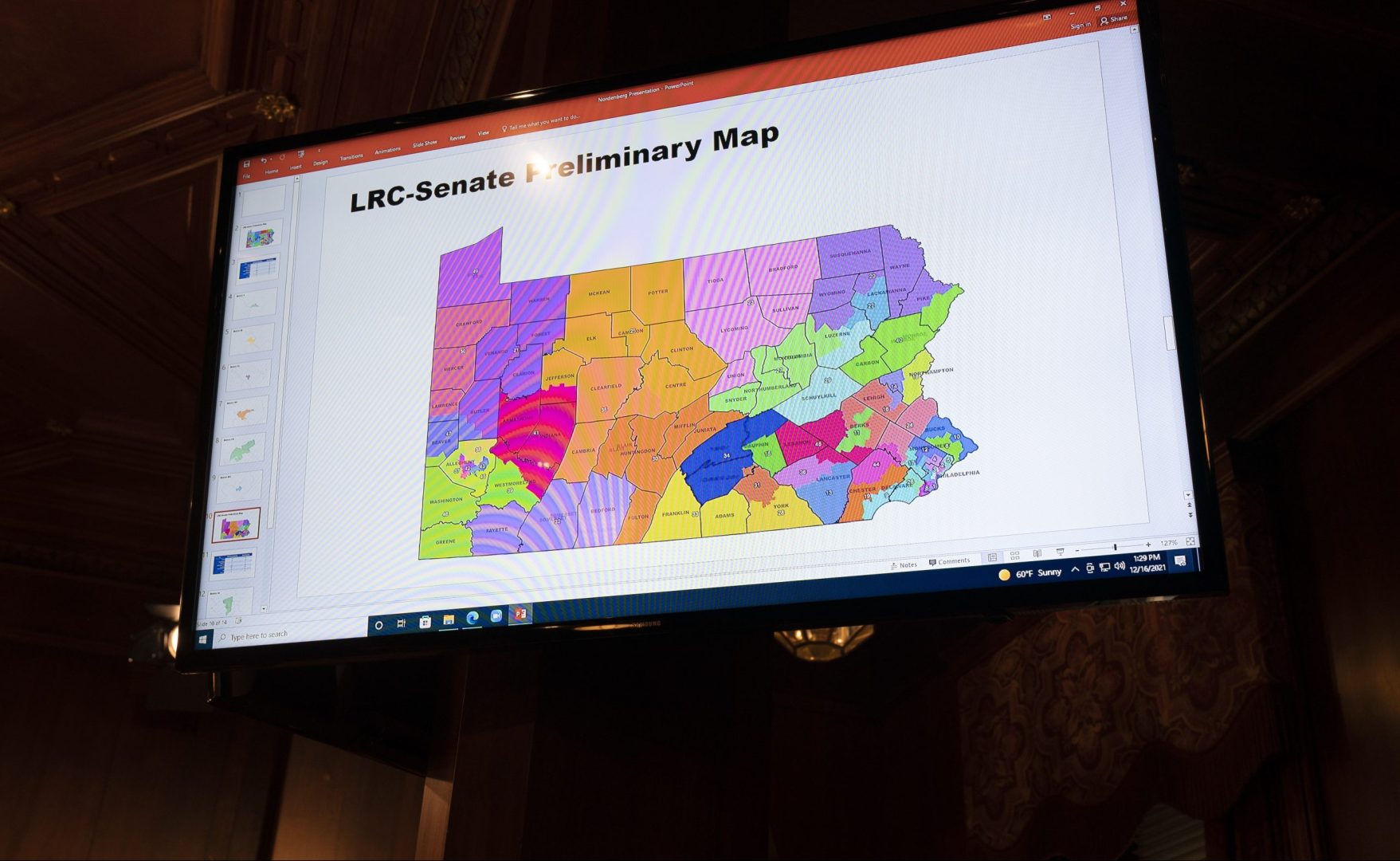 A proposed Pennsylvania Senate district map is displayed during a meeting of the Pennsylvania Legislative Reapportionment Commission at the Capitol in Harrisburg, Pa., Thursday, Dec. 16, 2021.

(Harrisburg) —  The panel charged with drawing Pennsylvania’s new legislative districts must now weigh over 6,000 comments from a month-long public feedback period before voting on final versions of the maps.

The Legislative Reapportionment Commission — a five-person panel composed of top party leaders and chaired by an independent member — has until mid-February to make changes to its proposed House and Senate maps, according to the state constitution.

Once the panel approves its final versions, “any aggrieved person” then has 30 days to bring challenges against one or both maps to the Pennsylvania Supreme Court.

That timeline clashes with the Jan. 24 deadline for final maps set by the state’s top election official in order to keep this year’s spring primary on schedule. So far, Republicans who control the legislature have not been open to moving the May election.

“It remains my hope that we will be able to approve a final plan without using the full 30-day period that the state constitution allows, though that will be challenging,” Mark Nordenberg, chair of the commission, told Spotlight PA. 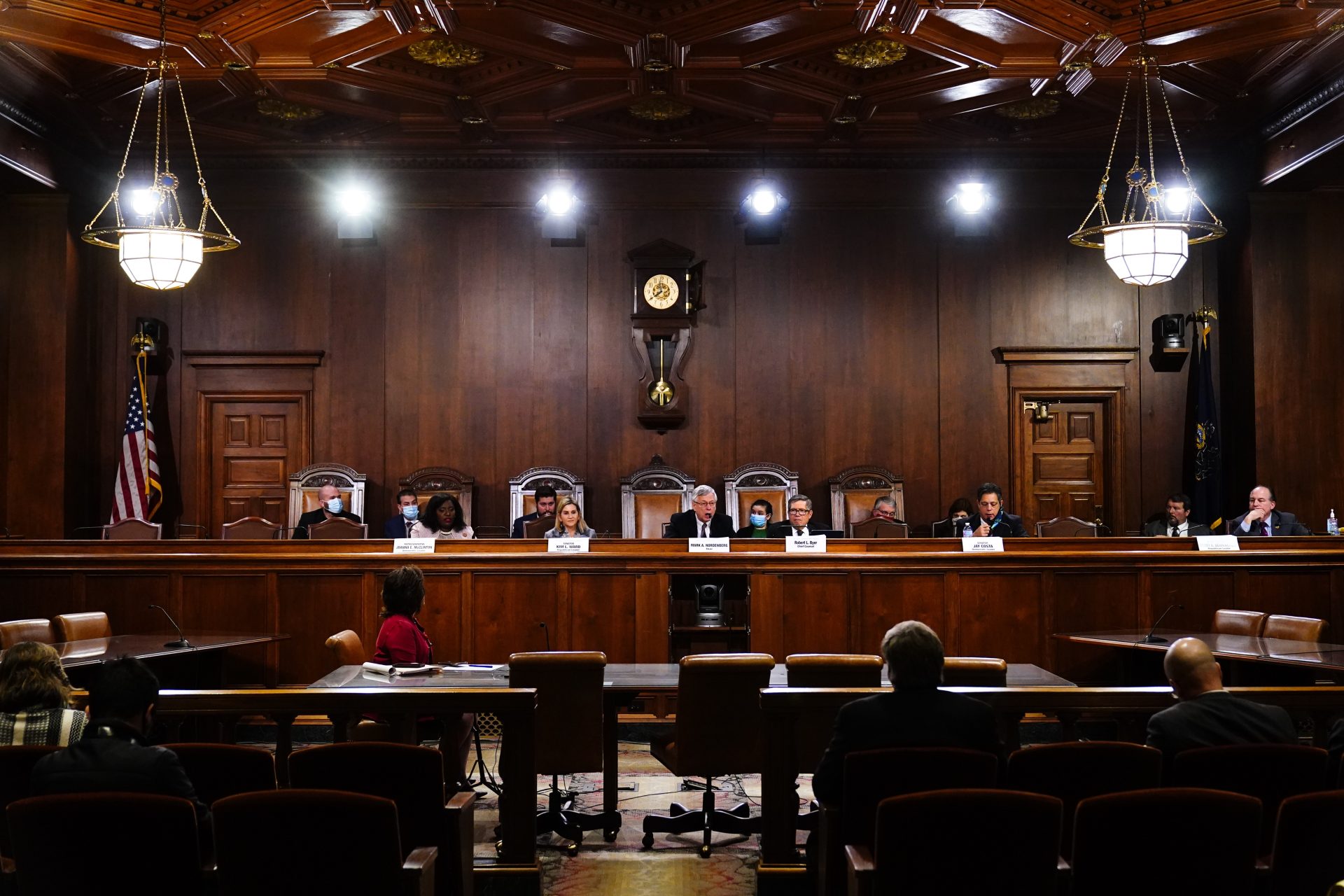 Chairman Mark Nordenberg, center, speaks during a meeting of the Pennsylvania Legislative Reapportionment Commission at the Capitol in Harrisburg, Pa., Thursday, Dec. 16, 2021.

The Legislative Reapportionment Commission is tasked with redrawing the state House and Senate maps every 10 years to account for population changes. The panel began meeting last spring and released initial maps in mid-December, kicking off the public comment period.

The state House map has drawn heated criticism from GOP lawmakers who call the proposal a Democratic gerrymander, as it could significantly shift the balance of power within the Republican-controlled chamber.

However, redistricting reform advocates say the creation of more seats that could be won by Democrats is the result of unwinding decades of partisan gerrymandering against the minority party and population changes over the past decade that favor Democrat-heavy areas in the southeast. Nonpartisan analyses show the proposed map improves on fairness metrics mandated by the Pennsylvania Constitution in comparison to the current map, and still has a partisan bias toward Republicans.

The state Senate map has faced less criticism, but advocates have scrutinized its deference to incumbency. In its current form, the state House map pits 24 incumbents against one another while the state Senate map creates two similar matchups. Redistricting advocates say this practice, known as “buddymandering,” often maintains incumbency at the cost of other good mapmaking criteria such as compactness or equal population.

During several hearings, private citizens, state lawmakers, county commissioners, and former public officials voiced concerns about how their communities were divided and a lack of Hispanic representation. The Latino population in Pennsylvania grew by 43% over the past decade, and advocates told the commissioners that the maps did not do enough to create districts where Hispanic voters could select the candidates of their choice.

Staff members of the Legislative Reapportionment Commission have already read through all of the submitted comments and organized them for the panel’s members to utilize when making final changes to the maps. The state senators on the commission have worked collaboratively on their chamber’s map in the past, while the state House representatives used Nordenberg as an intermediary.

Nordenberg has previously stated he would like to pass the state House and Senate maps with a unanimous vote. The initial state Senate map met that bar, but the state House map was rejected by both Republican leaders on the panel. 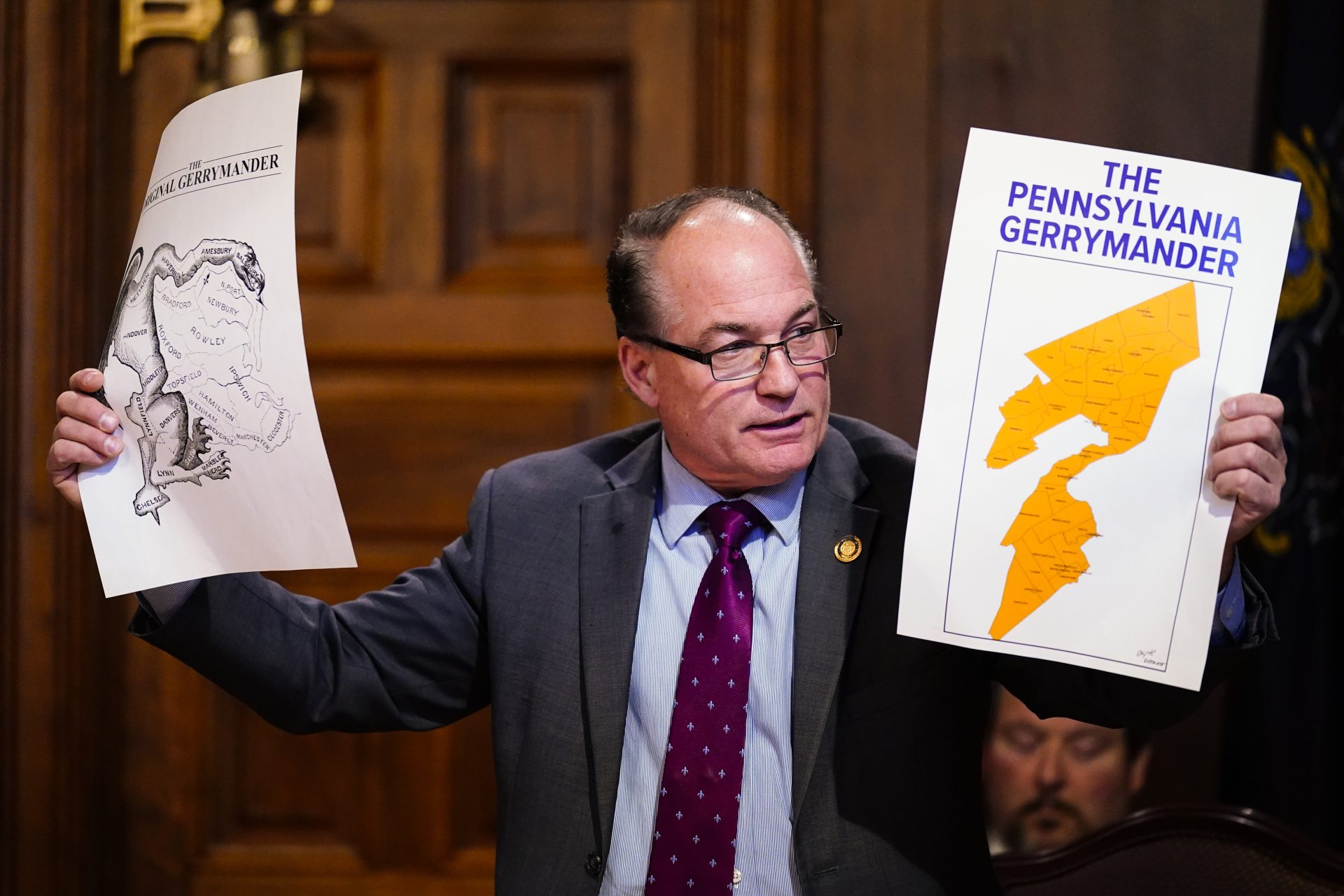 House Majority Leader Kerry Benninghoff, R-Centre holds up maps during a meeting of the Pennsylvania Legislative Reapportionment Commission at the Capitol in Harrisburg, Pa., Thursday, Dec. 16, 2021. The commission voted Thursday in favor of new preliminary district maps over sharp objections from the House’s Republican leader about how his chamber’s district lines would change. (AP Photo/Matt Rourke)

After the panel approves the final maps, any person can bring a challenge directly to the state Supreme Court within 30 days. Redistricting observers expect that to occur.

The past two legislative redistricting processes resulted in court cases. The 2011 cycle ended with the state Supreme Court forcing the Legislative Reapportionment Commission to redraw both maps after it concluded counties had been unnecessarily divided to benefit incumbents.

A spokesperson for House Republicans declined to get into “hypotheticals” when asked if the caucus would bring a lawsuit against the chamber’s map but affirmed its commitment to pushing for changes.

“We’re going to challenge this on behalf of the public to whatever extent we have to because it’s not right,” House Majority Leader Kerry Benninghoff, a Centre County Republican who serves on the panel, told PennLive. “This is a 10-year verdict.”