Student teacher Olivia Vazquez leads students through their morning meeting at the Eliza B. Kirkbride School in Philadelphia, Wednesday, Oct. 20, 2021.

Defense attorney John Krill sought to paint a rosier picture of the state’s largest school district than the one Hite presented in his direct testimony.

(Philadelphia) — Philadelphia schools superintendent William Hite took the stand for a second day Thursday in a historic trial that could change the way Pennsylvania funds its public education system.

During his first day of testimony, he described a district with large class sizes, high student needs that require extra support, and aging, unsafe school buildings.

Under cross-examination, Hite — who is stepping down at the end of the school year, after leading the district for a decade — acknowledged the district’s achievements over the last several years, from improved graduation rates to higher numbers of students enrolled in Advanced Placement and dual enrollment courses and on track to graduate in four years.

Hite acknowledged that, in recent years, his administration added hundreds of teachers, counselors, and nurses to district schools and invested millions in classroom technology. 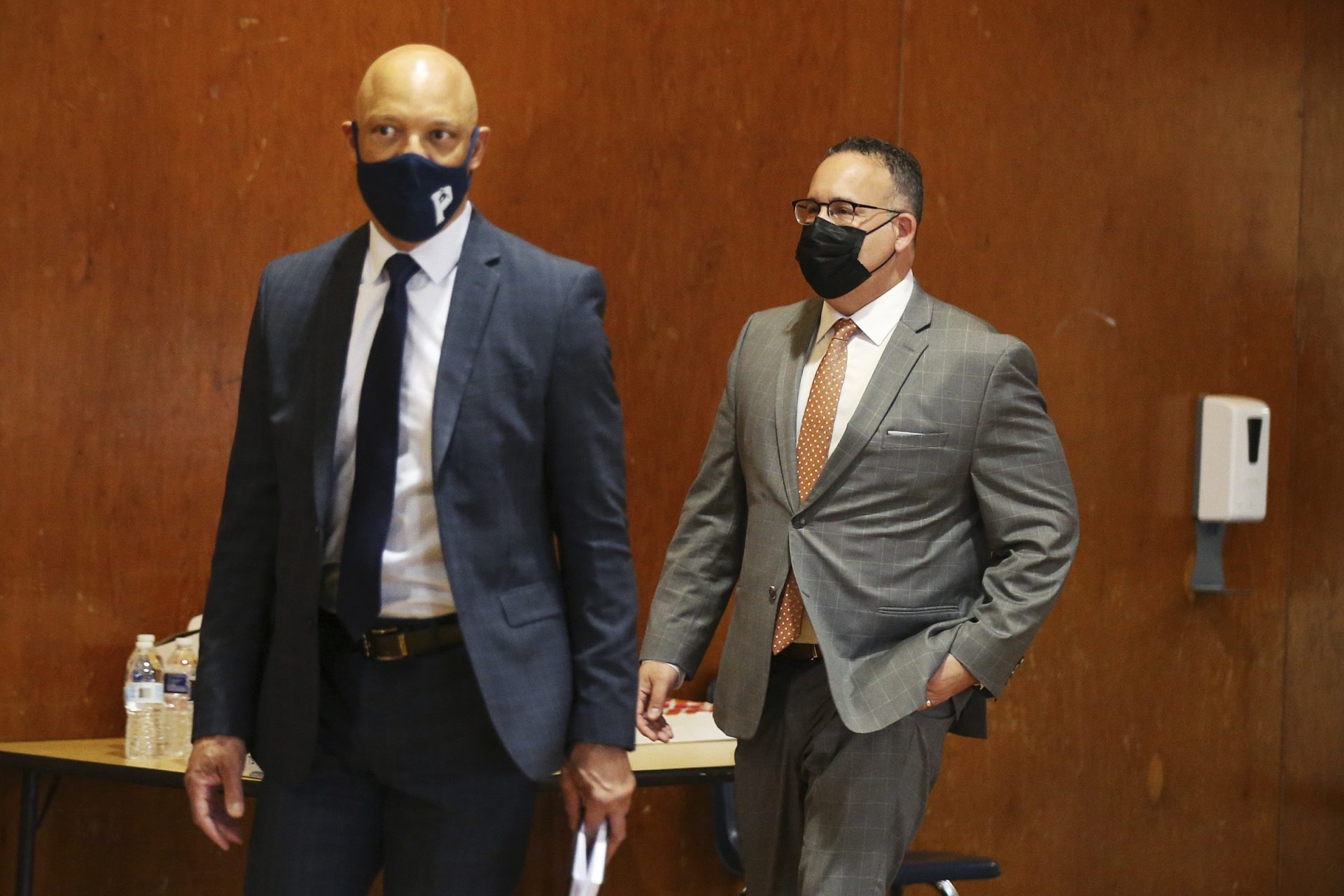 School District of Philadelphia Superintendent William Hite, left, and U.S. Secretary of Education Miguel Cardona enter the gym for a roundtable with district officials, the principal, a teacher, and a parent at the Olney Elementary School Annex in North Philadelphia on Tuesday, April 6, 2021.

Krill also sought to chip away at Hite’s assertion that more funding and additional resources are the keys to boosting student achievement. The plaintiffs in the case, including six school districts, several parents, and two statewide organizations, say the state’s current funding system is inadequate, inequitable and unconstitutional. While the School District of Philadelphia is not a petitioner in the case, a district parent is part of the lawsuit, and the outcome of the trial could have a substantial impact on Philadelphia’s budget.

During his direct testimony on Tuesday, Hite pointed to Mitchell Elementary School in West Philadelphia as an example of the strides students can make with additional resources.

Several years ago, Mitchell was among several low-performing schools chosen for extra support in an acceleration network.

Mitchell received additional staff members, including reading and math specialists, a counselor, and an assistant principal. Student attendance and test scores rose, and the school improved enough to exit the network.

“How many more supports do you believe it would have taken to boost Mitchell to 100% proficiency?” Krill asked.

Hite did not provide a number, instead stating that “when you have schools with very low proficiency, there are two significant things that should happen. You have to have sufficient resources to meet whatever the needs of those children are, and those resources need to be sustainable and predictive and recurring.”

Krill revisited the subject during his second day of cross-examination, leading Hite to acknowledge that, while Mitchell improved enough to exit the acceleration network, several other schools have remained in the network “as long as it has existed,” despite also receiving additional resources.

“Those schools are still languishing in the acceleration network, aren’t they?” Krill asked.

“I wouldn’t classify it as languishing,” Hite said, “and we’re seeing improvement across many of those schools. But that improvement is not happening fast enough, in my opinion, because we are not able to give those schools the resources they need in order to accelerate their improvement.”

Debating the state’s role to combat poverty and trauma

Hite stated that there is no reason Overbrook students aren’t capable of reaching Lower Merion’s proficiency scores “other than funding…and making sure that young people have access to the types of resources that Lower Merion enjoys.”

Krill pushed back, asking if Hite had compared the demographics of both schools, and whether he had ever considered running an experiment to pick a Philadelphia high school and match Lower Merion’s level of spending.

“I have not compared the two populations,” Hite said about demographics. “What I have compared are the amount of resources that are available to Lower Merion students that are not available to students in the School District of Philadelphia or at Overbrook, for that matter.”

As for matching Lower Merion’s funding, Hite said the district can’t afford to boost high school budgets, and added that when it comes to extra investments, his administration chose to put funding into the district’s lowest-performing, acceleration network schools. 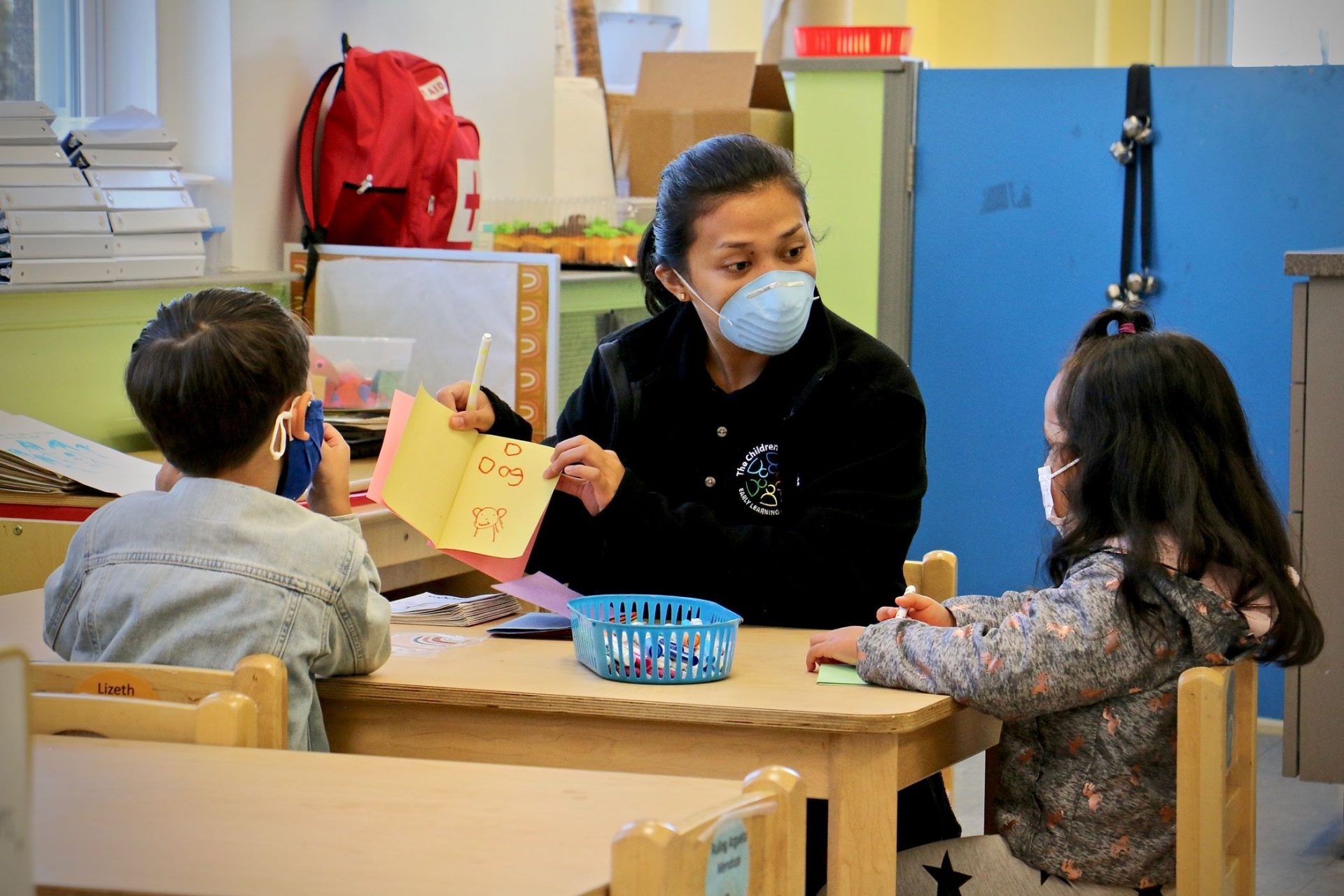 Krill noted that Lower Merion has a much higher attendance rate than Overbrook, and asked how boosting Overbrook’s funding would improve attendance.

“This is once again a matter of resources that are available to intervene with young people who are either not attending or having difficulty attending,” Hite responded, noting that Lower Merion currently has more counselors than Overbrook.

Asked how much of Overbrook’s resources are devoted to enhancing regular attendance, Hite said he didn’t know.

“What I do know is there are not sufficient resources there for individuals to focus on attendance and everything else that young people at Overbrook High School need.”

Throughout the trial, defense attorneys have pushed school leaders to quantify the number of staff members and amount of resources necessary to raise student achievement.

Toward the end of cross-examination, Krill pressed Hite on his response to a question from Kristina Moon, an attorney for the plaintiffs.

Krill raised the fact that children who are classified as economically disadvantaged enter the district’s kindergarten classes with educational gaps compared to their peers.

“If it’s not the intellect, then what factors create the educational gaps that you see when they enter kindergarten?” he asked.

“Would an unstable home environment be another factor that could disadvantage a child and create educational readiness gaps?” Krill asked.

“It likely could, but we can’t worry about that nor can we control it at schools,” Hite said. “We have to actually be responsive to it with services and supports.”

During opening statements in November, as defense attorneys laid out their central arguments, they asserted that the public schools are not constitutionally required to address out-of-school factors that can affect student achievement.

“Education clauses in state constitutions cannot be construed to make public school systems constitutionally required to cure every societal ill or to overcome every family or personal disadvantage that students bring with them to school, which undoubtedly hinder the academic achievement of those students,” said Patrick Northern, an attorney for GOP House Speaker Bryan Cutler. “To conclude otherwise would convert the education clause into a constitutional obligation that the state must eliminate all personal, social and economic impediments to learning.”

More Philadelphia witnesses are expected to testify in the coming days, including a school counselor, principal, and the district’s chief financial officer.

The trial is expected to last well into February.