Protesters hold handmade signs outside the capitol in Harrisburg on Monday, April 20, 2020.

Want to know where COVID-19 will spread? Ask people if they plan to follow guidelines, researchers say

A nationwide survey sheds light on how self-reporting can predict infection rates. 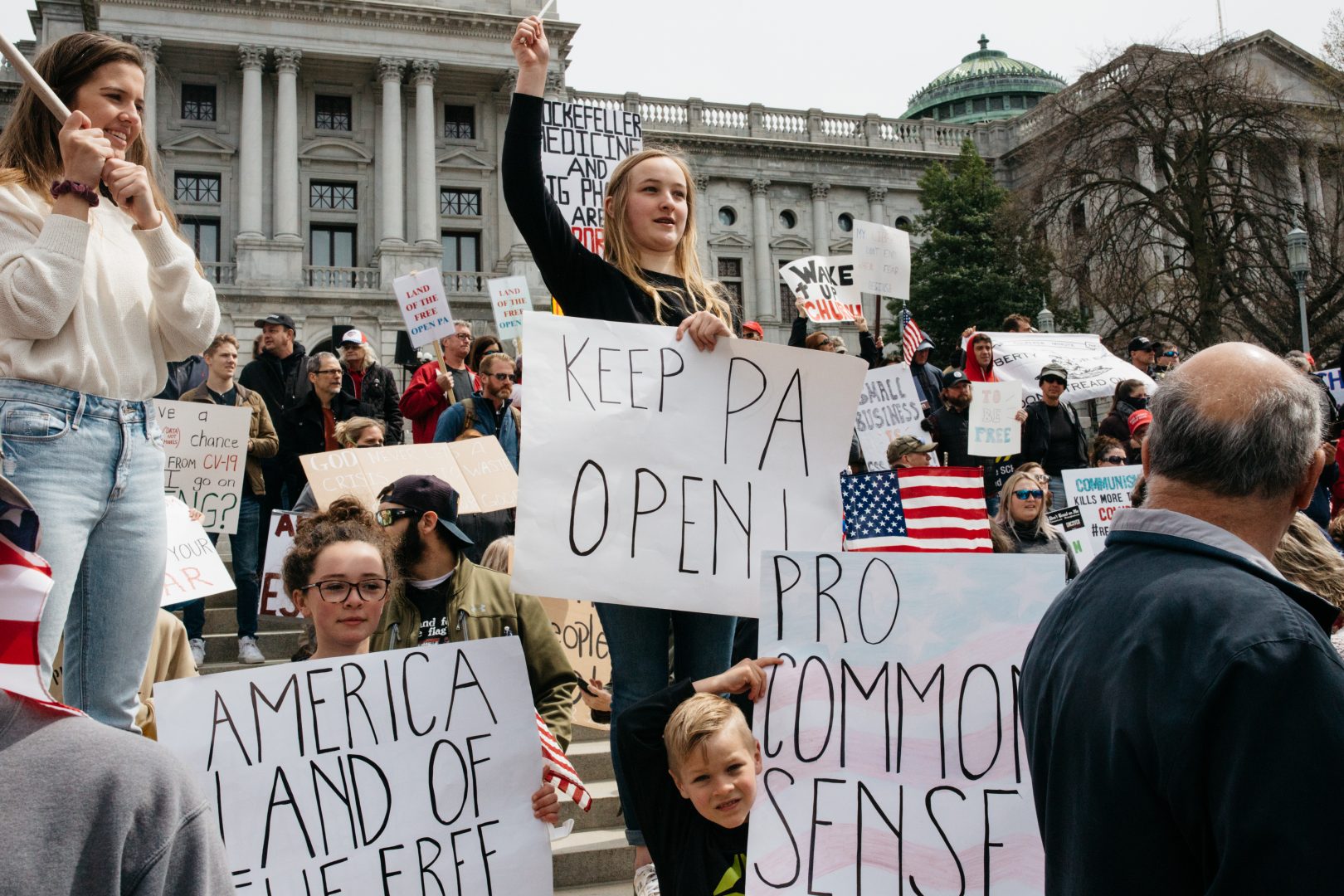 Protesters hold handmade signs outside the capitol in Harrisburg on Monday, April 20, 2020.

A survey that included Pennsylvanians in those early months asked people whether they planned to follow such guidance — and the results of that survey predicted where infection rates would rise the most in the following weeks, according to research published in the peer-reviewed Southern Medical Journal.

Scientists on the project say it shows the usefulness of self-reported data in determining where to put public health resources. It also shows that changing even one small behavior, such as proper hand-washing, can prevent illnesses.

Towns or census tracts where more people said they planned to follow one of the public health recommendations saw fewer COVID-19 cases one month later compared to elsewhere in a given region, said Dr. Robert Lennon, a Penn State Health scientist who co-authored the work.

His team estimates that if 3% more people in a given location say they’ll follow one public health measure, that location will see a 9% reduction in new cases one month later. Areas that have greater compliance with several public health interventions will see greater decreases in cases compared to other regions.

“That’s a lot of bang for the buck,” Lennon said. According to him, self-reporting tools such as the one researchers used could help steer public health efforts.

The data was collected from more than 10,000 people in the U.S. from late May through July 2020, Lennon said. The research began months before vaccines became available and before widespread mask wearing and mask mandates, he added. As a result, the survey did not ask people if they planned to wear masks or get vaccinated. 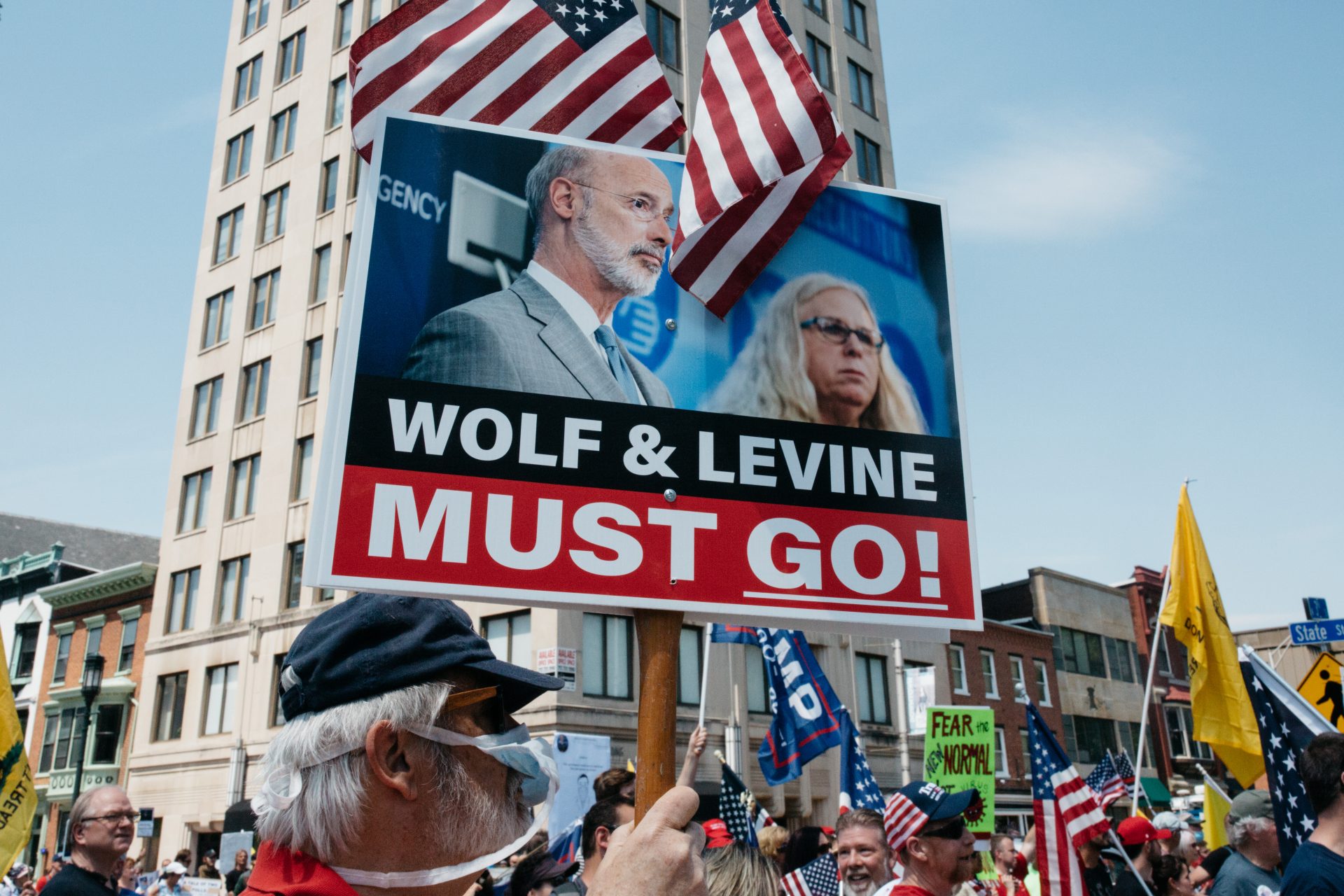 Protesters hold signs during a May 15, 2020, rally outside the state capitol in Harrisburg, Pa. About 1,000 people showed up to protest Gov. Wolf’s coronavirus shutdown order and Health Secretary Levine’s handling of the outbreak.

Dr. Mark Roberts, a director at University of Pittsburgh Graduate School of Public Health who was not involved with the research, said he’s not surprised by the findings.

“It’s a reasonable study with appropriate methodology for what they were trying to investigate,” Roberts said in an email. “My concern is that it really doesn’t add much to what we have already known.” Roberts pointed to July 2020 research showing the effectiveness of social distancing.

Roberts said that getting people to self-report their intent to comply with guidelines runs the risk of not fully capturing behavior. It also may not be as inexpensive as Lennon’s team suggests, compared to using other methods of tracking behavior, such as cell phone data.

Lennon said the difference with his team’s research is that it could get down to the granular level: Asking about specific behaviors, and looking at how the virus spreads in a given town or zip code.

Lennon noted, the virus is different than it was nearly two years ago — and so are people, many of whom are burned out from dealing with it.