On the day after a deadly bombing at the Kabul airport, House Minority Leader Kevin McCarthy, R-Calif., calls for Speaker Nancy Pelosi to bring the House back from recess so lawmakers can vote on legislation that would prohibit withdrawing U.S. troops from Afghanistan until all remaining Americans are evacuated, during a news conference at the Capitol in Washington, Friday, Aug. 27, 2021.

The minority leader is the third sitting member of the House GOP the panel has sought voluntary testimony from -- including midstate Congressman Scott Perry.

The panel on Wednesday asked that McCarthy voluntarily provide information about events leading up to, during and after the violent attack on the U.S. Capitol by a mob of pro-Trump supporters a little over a year ago.

In a letter seeking McCarthy’s cooperation, panel Chair Rep. Bennie Thompson, D-Miss., said it is probing any conversations the House leader had with former President Donald Trump on the day of the insurrection, among other requests. 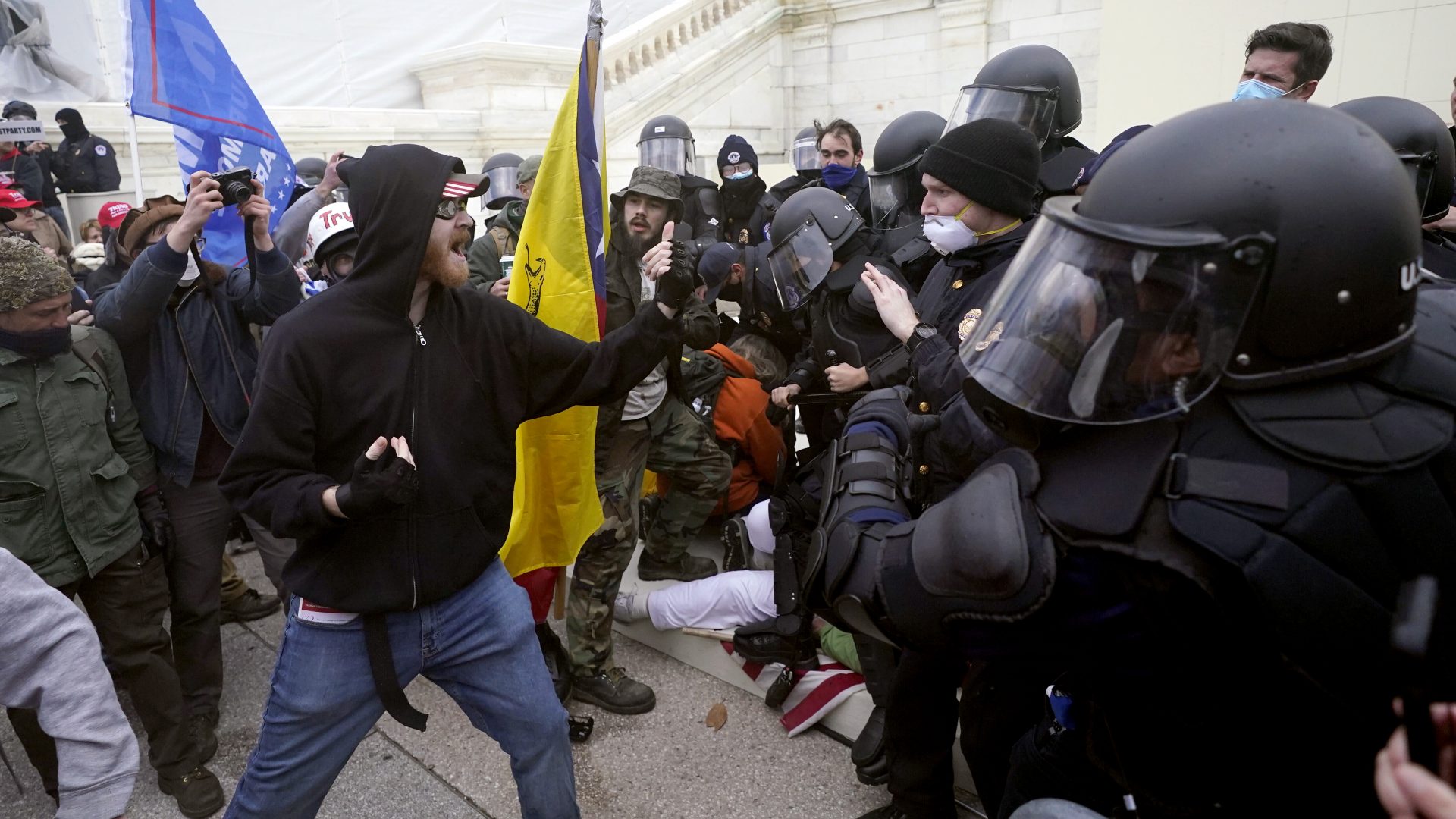 Trump supporters try to break through a police barrier, Wednesday, Jan. 6, 2021, at the Capitol in Washington.

But in a statement Wednesday night, McCarthy called the select committee “illegitimate.”

“It is not serving any legislative purpose,” he said. “The committee’s only objective is to attempt to damage its political opponents — acting like the Democrat Congressional Campaign Committee one day and the DOJ the next.”

“And now it wants to interview me about public statements that have been shared with the world, and private conversations not remotely related to the violence that unfolded at the Capitol. I have nothing else to add.

“As a representative and the leader of the minority party, it is with neither regret nor satisfaction that I have concluded to not participate with this select committee’s abuse of power that stains this institution today and will harm it going forward.”

Thompson had hoped to hear about McCarthy’s contacts with Trump.

“You have acknowledged speaking directly with the former President while the violence was underway on January 6th,” said Thompson, before going on to reference McCarthy’s Jan. 13, 2021, speech on the House floor, in which he said Trump “bears responsibility” for the attack.

McCarthy, a Trump ally, has since softened his stance on the former president.

On the eve of the vote in Trump’s Senate impeachment trial last year, Rep. Jaime Herrera Beutler, R-Wash., said that McCarthy had told her of a conversation he had with the then-president on Jan. 6 in which Trump appeared to side with the mob, allegedly telling the Republican leader that the rioters appeared “more upset about the election than you are.”

The committee is also looking for information about Trump’s decisions in the days following the attack.

Thompson also mentions reported communication between McCarthy and then-White House Chief of Staff Mark Meadows in the days leading up to the insurrection.

“We also must learn about how the President’s plans for January 6th came together, and all the other ways he attempted to alter the results of the election,” the letter reads. “For example, in advance of January 6th, you reportedly explained to Mark Meadows and the former President that objections to the certification of the electoral votes on January 6th ‘was doomed to fail.’ ” 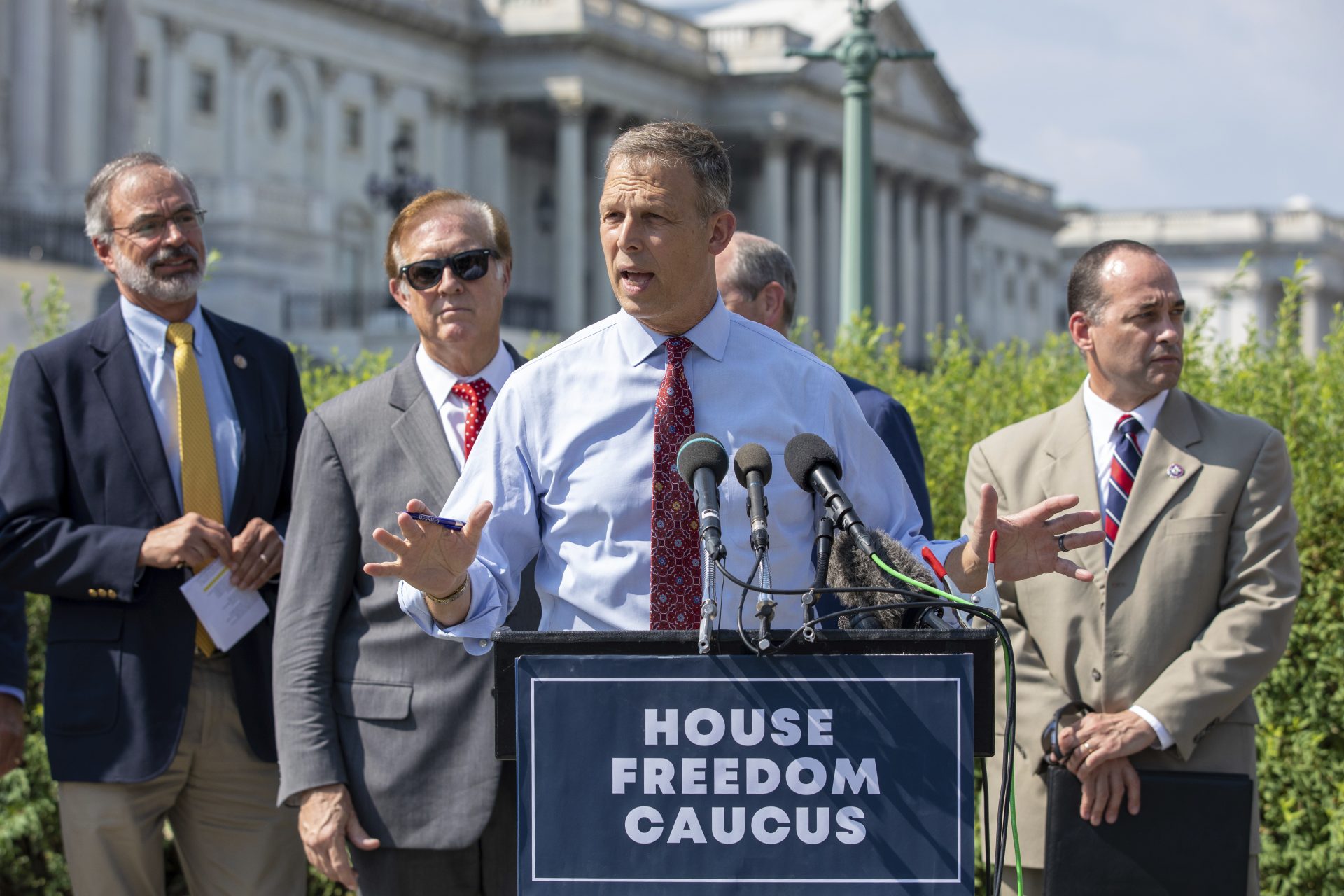 The committee had proposed meeting with McCarthy in early February.

McCarthy has previously criticized the panel as a Democratic-led partisan exercise. House Speaker Nancy Pelosi, D-Calif., denied some of McCarthy’s nominees to the committee last year, leading the Republican to pull all of his picks.

McCarthy brought up Pelosi’s move in his statement Wednesday night.

The minority leader is the third sitting member of the House GOP the panel has sought voluntary testimony from, following Reps. Scott Perry of Pennsylvania and Jim Jordan of Ohio. Both Perry and Jordan have also rejected the requests.

Grocery store shortages are back. Here are some of the reasons why