Mark Nordenberg, the nonpartisan chair of the Legislative Reapportionment Commission, defended the proposed House map against Republican claims that it unfairly benefits Democrats. 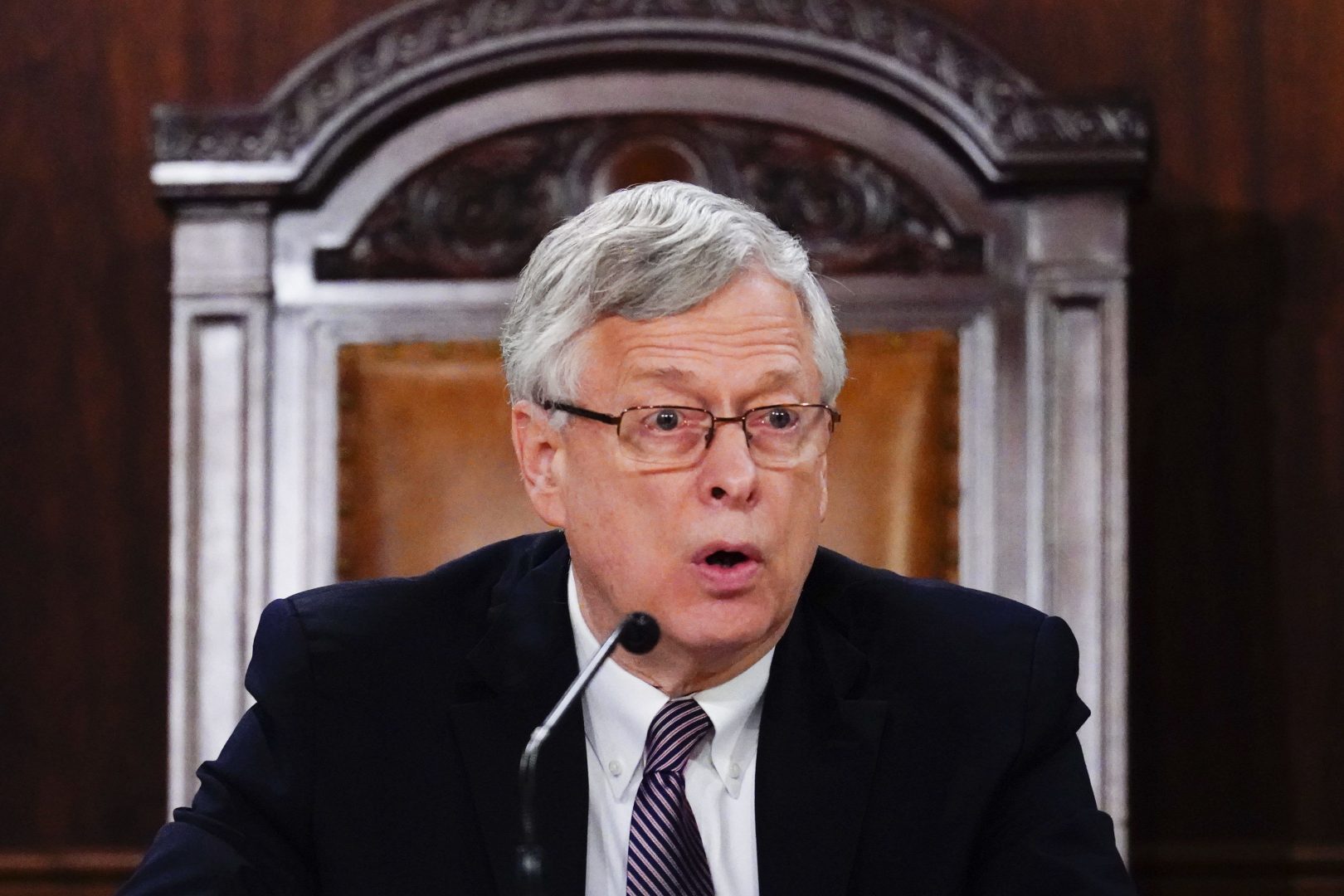 Mark Nordenberg, the nonpartisan chair of the Legislative Reapportionment Commission, defended the proposed House map against Republican claims that it unfairly benefits Democrats.

HARRISBURG — Pennsylvania’s proposed legislative maps are an improvement over the current boundaries but still don’t do enough to keep communities of interest together or increase Hispanic representation, despite sizable gains in population, residents said this week.

The nonpartisan chair of the Legislative Reapportionment Commission — the group of top lawmakers charged with redrawing the state House and Senate boundaries — also defended the proposed House map against Republican claims that it unfairly benefits Democrats.

“It’s awkward to talk about myself, but I don’t have teams of public relations professionals like some of the caucus leaders do,” the chair, Mark Nordenberg, said Thursday during the first of four feedback sessions held by the commission on the initial plan. “And there have been so many baseless claims made about the maps, the process, the commission staff, and me that I felt it was important to respond because the work of the commission is so important.”

While Republicans believe the House map is unfair to members of their party, fairness standards as mandated under the state constitution and embraced by the courts show it represents an improvement over the current map, a previous Spotlight PA analysis found.

And while the proposed House map has the potential to significantly shift the balance of power in the chamber, redistricting advocates say that’s because it unwinds decades of gerrymandering in favor of the GOP.

House Majority Leader Kerry Benninghoff (R., Centre) and Senate Majority Leader Kim Ward (R., Westmoreland), both members of the panel, voted against the proposed House map in mid-December. Benninghoff said it represents an “extreme partisan gerrymander” because it increases the number of seats Democrats would be expected to win.

“Those of you that want to know where the word gerrymandering started, it’s with a reptilian-looking map,” Benninghoff said at the time. He then referenced the proposed 84th House District in northeastern Pennsylvania, which he described as a “better-fed reptilian map that is just as gerrymandered.”

The LRC’s preliminary House map is an extreme partisan gerrymander.

It is a danger to our system of government that upends established norms and the emphasis on local control and local voices that Pennsylvanians hold dear. pic.twitter.com/47ofe36b1Y

Nordenberg, a former chancellor of the University of Pittsburgh, said some districts would inevitably be oddly shaped because of the state’s “topography and irregular municipal and county boundaries,” rather than a product of any political agenda.

He also said the commission went so far as to extend a “measure of deference to incumbents,” and minimized the number of current lawmakers who would have been forced to run against each other as compared to maps proposed by independent redistricting advocates.

More than 50 people testified during the four feedback sessions on Thursday and Friday, held as part of a 30-day public comment period on the maps that ends Jan. 18. The commission intends to hold additional meetings on Jan. 14 and 15.

Following the public feedback period, the panel has another 30 days to make changes before submitting and voting upon final maps. The projected deadline is Feb. 17, weeks past the date the state’s top election official has said she needs final maps to meet the first of several spring primary deadlines.

The state’s congressional map is drawn through a separate process.

Representatives from Fair Districts PA and Draw the Lines — another redistricting reform group that advocates for a more transparent process — called the proposed maps better than the current ones as they improve upon partisan fairness as well as standards mandated in the state constitution.

However, they said there was more work to be done, especially in regards to creating districts that don’t protect incumbents and are competitive, rather than skewed toward one major political party.

Increasing Hispanic representation in the legislature was also a focus. Pennsylvania’s Latino population surpassed 1 million people according to the latest census, and is driving the state’s growth.

Many of those who testified discussed Lehigh County, specifically citing Allentown, a majority-Hispanic city that the proposed Senate map splits.

Ward, the Westmoreland County Republican, led the effort to create a new state Senate district that includes Allentown in which more than 43% of people would be from a minority community, according to data compiled by Spotlight PA. (You can search to see how your district would change by using Spotlight PA’s map comparison tool at spotlightpa.org/mydistrict.)

Because the district wouldn’t have an incumbent, and would have a sizable minority population, Ward has argued it would “give an opportunity to the Latino community” to elect the person of its choice.

However, residents of Lehigh County questioned why the proposals split Allentown as well as Bethlehem, another large city with a sizable Hispanic population. Instead, they want to see state House and Senate districts that keep the cities whole with stronger minority majorities.

“Everyone understands that one of your primary missions is to draw maps to increase minority influence,” said Mark Pinsley, a resident of Allentown. “However, I believe this information was used to convince you that you were doing the right thing by splitting up the two cities, Allentown and Bethlehem. You weren’t told that stronger minority districts could be built by keeping each city intact.”

A group of state House lawmakers from Western Pennsylvania, for example, said their proposed districts wrongly group together dissimilar suburbs.

School districts are considered communities of interest, and many residents suggested changes that would result in grouping them together. This can be difficult, as school districts regularly cross political boundaries, which mapmakers are required to keep together as much as possible under the state constitution.

Pittsburgh is vying to host the 2024 Republican National Convention