A Philadelphia firefighter works at the scene of a deadly row house fire, Wednesday, Jan. 5, 2022, in the Fairmount neighborhood of Philadelphia.

Investigators search for cause of Philadelphia house fire that killed 12

The city’s deadliest single blaze in more than a century took the lives of eight children. 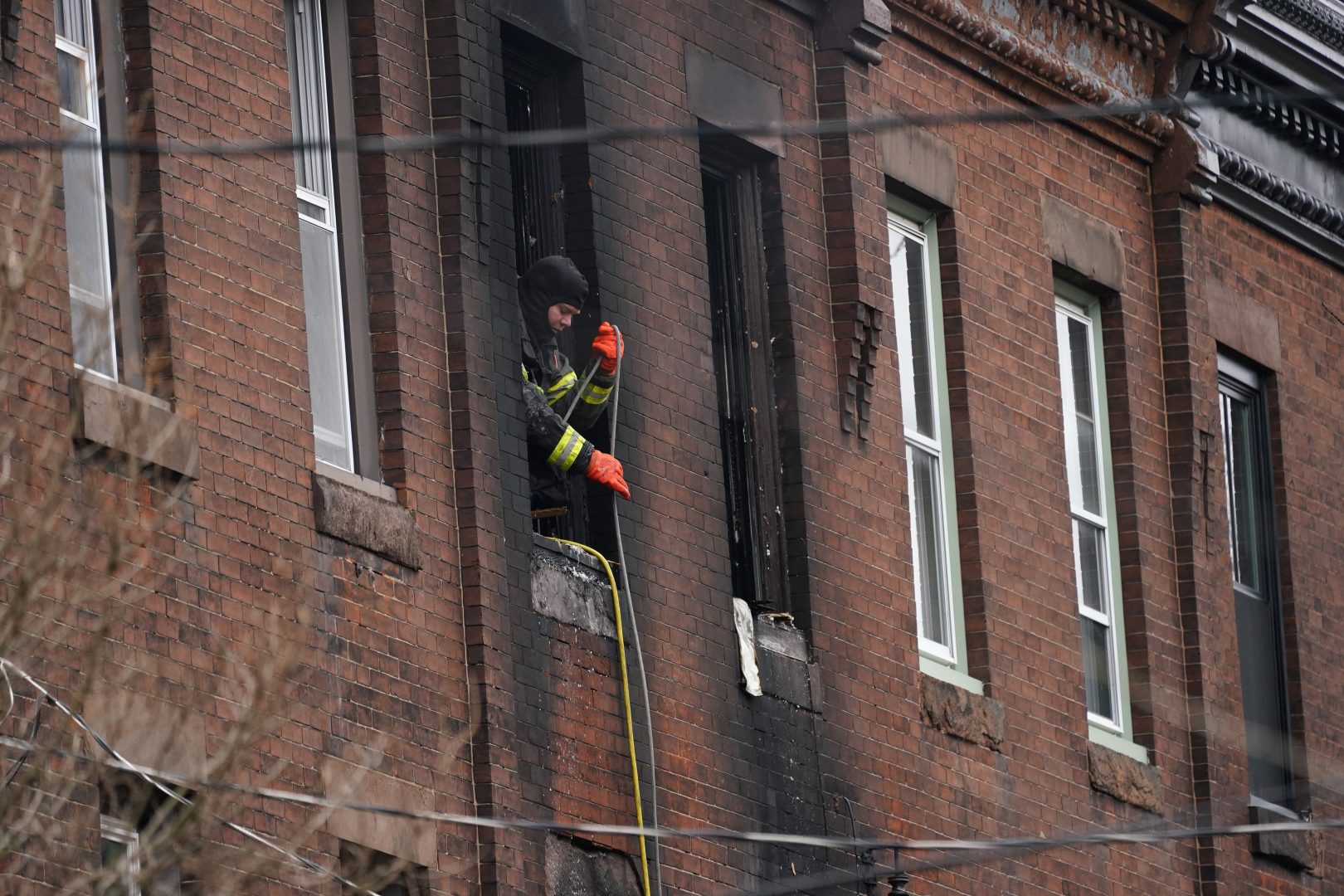 A Philadelphia firefighter works at the scene of a deadly row house fire, Wednesday, Jan. 5, 2022, in the Fairmount neighborhood of Philadelphia.

(Philadelphia) — Investigators worked Thursday to determine the cause of a fire that tore through a Philadelphia rowhome, killing 12 people, including two sisters and several of their children.

Specialists from the federal Bureau of Alcohol, Tobacco, Firearms and Explosives took photos and then entered the charred, three-story brick duplex, where the city’s deadliest single blaze in more than a century took the lives of eight children. The city fire marshal requested ATF’s assistance.

The residential block otherwise remained eerily quiet Thursday morning, with the exception of a trash truck that rumbled down the street. Few residents were out and about. 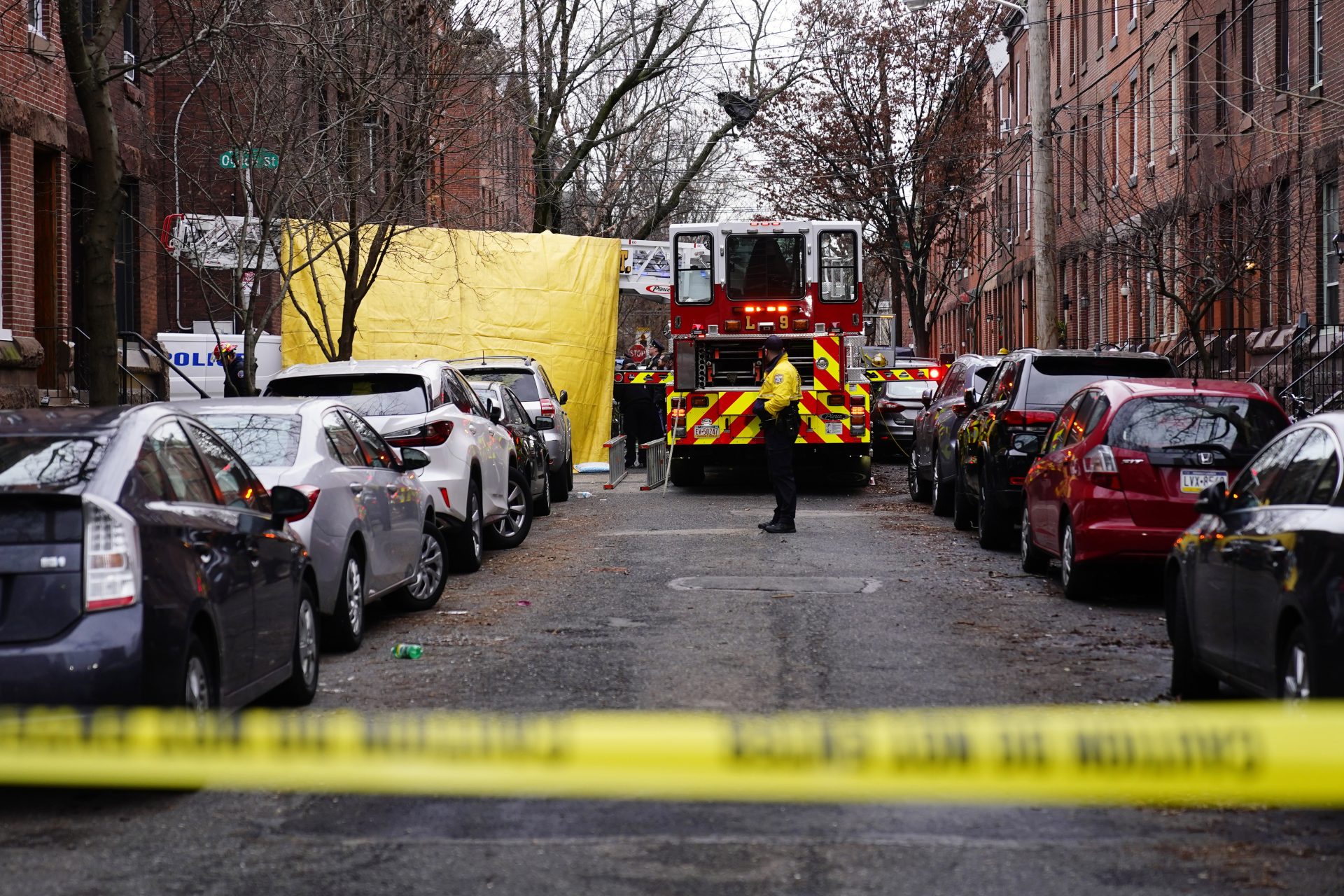 Philadelphia firefighters and police work at the scene of a deadly row house fire, Wednesday, Jan. 5, 2022, in the Fairmount neighborhood of Philadelphia. (

The Philadelphia school district said Thursday that counseling and support services were available for grieving students and staff. The city’s emergency management office opened up a support center for friends and relatives at an elementary school that one of the victims attended.

At least two people were hospitalized and some others managed to escape from the building, which is public housing, officials have said. Officials said 26 people had been staying in the two apartments.

Marcia Fudge, secretary of the U.S. Department of Housing and Urban Development, expressed condolences and said HUD had been in touch with city leaders and “stands ready to support the community in any way possible.”

Officials did not release the names or ages of those killed in the blaze, which started before 6:30 a.m. Wednesday.

Family members on Facebook have identified two of the victims as sisters Rosalee McDonald, 33, and Virginia Thomas, 30. The siblings each had multiple children, but it’s unclear if all of them were home at the time of the fire or how many of them died. Messages were left with several people who said they knew or were related to the victims.

The Jan. 6 Capitol riot: A complete guide to what we know about Pennsylvania’s role