A year after the U.S. Capitol riot, Pa. voters, candidates and policy are still influenced by what happened.

"Consensus among voters is really clear. Most voters do not want to see that happen again."

(Harrisburg) – The forces that inspired an attack on the U.S. Capitol a year ago Thursday are still influencing some voters and policy goals at the Pennsylvania Capitol – and are starting to make their mark on the upcoming primary.

Video evidence from that day shows many of the estimated 2,000 people who drove Congress from its chambers and disrupted the transfer of presidential power were inspired by claims about the 2020 election that have been disproven or debunked.

Former President Donald Trump set that tone just before the attack, at a rally near the Capitol, telling supporters to “fight like hell” against “brazen and outrageous election theft.” In the months since, he’s repeated the baseless claim that the 2020 election was stolen from him, does not deny rioters were motivated by those claims, and has tried to minimize the impact of the melee in which 140 law enforcement officers were hurt.

“We are listening to Trump – your boss,” one rioter yelled at police once the mob had broken into the Capitol.

“Go arrest the Vice President,” another said, referring to a moment in Trump’s speech when he told supporters he had urged then-Vice President Mike Pence to “do the right thing” and reject the electoral vote in key states like Pennsylvania, despite no evidence of widespread problems.

Pence did not cooperate. Hours after the rioters were turned back by law enforcement, Congress returned to session and certified Biden’s victory.

By the time the attack unfolded, multiple federal investigations and court cases had all failed to turn up any evidence of election fraud significant enough to have altered President Joe Biden’s victory. Even a discredited investigation ordered by Arizona’s Republican-controlled state Senate later in the year affirmed Biden’s win.

In Pennsylvania, election results were verified by a state-mandated audit of a percentage of ballots from every county before the Electoral College met to certify the vote. A few months later, an audit of 45,000 ballots from across the state found “strong evidence of an accurate count.”

Despite the repetition of those facts by election experts and members of both political parties in the year since Jan. 6, a national poll of more than 2,600 voters this month found 45 percent percent still believe President Biden was not legitimately elected. That’s a slight increase from a year ago, when 42 percent believed that was the case.

But the same survey shows nearly 60 percent are worried that a Jan. 6-style attack could happen again. Franklin & Marshall College Center for Opinion Research Director Berwood Yost said his group found in October that 85 percent of Pennsylvanians say that would be bad for democracy.

“Consensus among voters is really clear. Most voters do not want to see that happen again,” Yost said.

The attack has strong ties to Pennsylvania: of the more than 700 people who have been arrested and charged for participating, at least 65 of them are from the Keystone State. That’s among the highest number of any state.

Elizabeth Yates, who studies domestic extremism for national research consortium START at the University of Maryland, said one reason Pennsylvanians were particularly drawn to the U.S. Capitol on Jan. 6 is because of the state’s status as a political battleground.

“The market is just saturated in political content, and much of it in the last election cycle…has involved misinformation and disinformation,” Yates said.

That has influenced state lawmakers, some of whom have introduced bills aimed at “restor[ing] integrity and trust” in the state’s election system – even though it produced accurate results in 2020 and did so again last year. 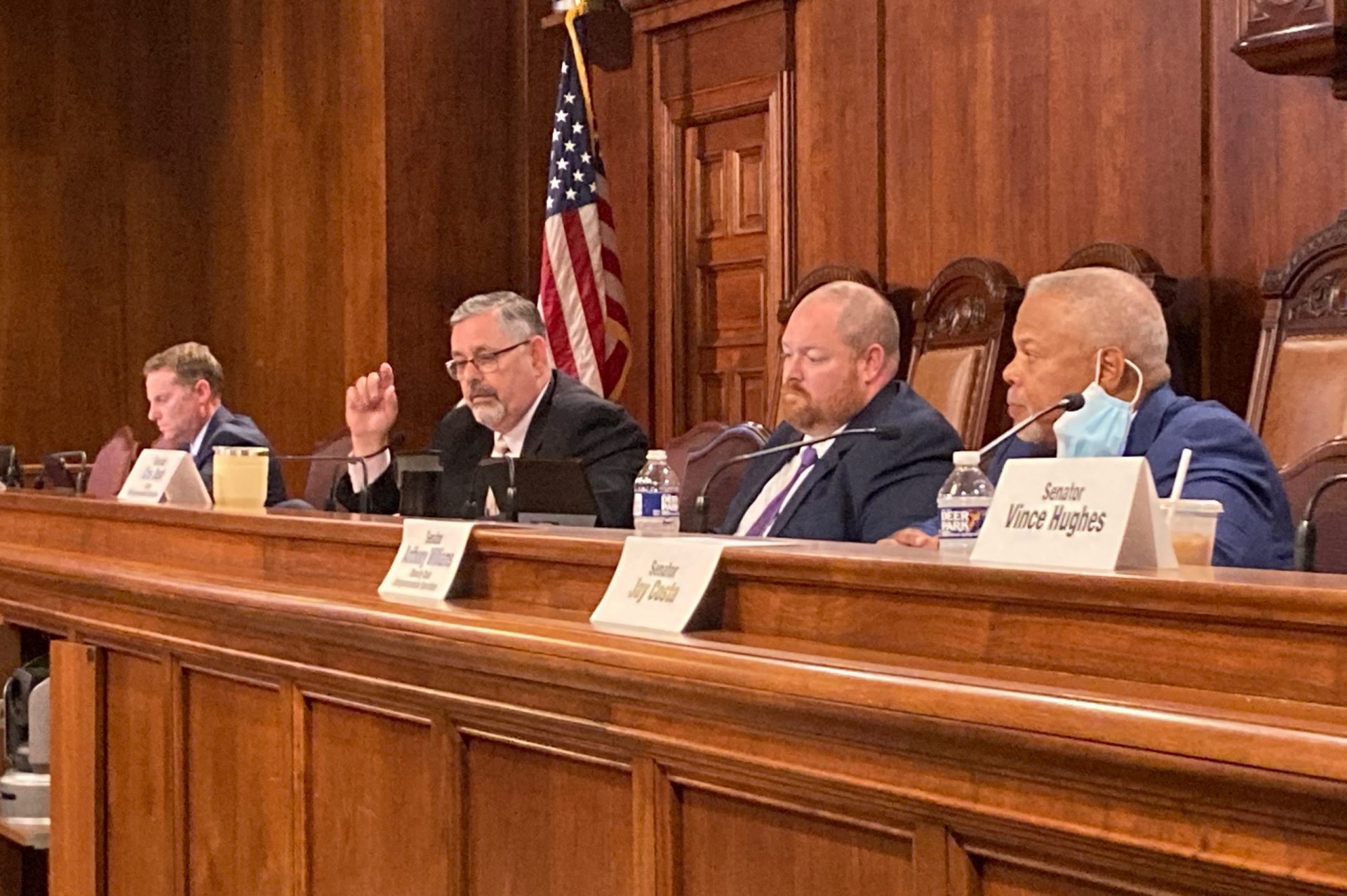 Voters, however, have signaled they support some of those lawmakers’ proposed policy changes.

A Franklin and Marshall College poll from June showed, for example, 74 percent believe voters should have to show identification before casting a ballot. But the college’s October poll showed only 45 percent support investigating past elections.

Though Democrats and voter advocacy groups have said both of those pushes are part of a misinformation-fueled attempt to restrict voting across the country, Yost said there’s a reason Pa. voters aren’t looking at those two things the same way.

“The voting laws haven’t changed. There’s no connection to make because there’s no change,” he said.

Though lawmakers haven’t been successful policy-wise, political observers say they’re watching to see whether Republican primary candidates make election changes part of their talking points. Most GOP gubernatorial candidates chose to focus on other topics during their first debate on Wednesday.

“It actually encourages this sort of extreme rhetoric,” Boddery said. “You want to speak to the people on the tail end because you know those are the sort of people who are going to get out to vote.”

But a general election audience might not swallow that.

Part of Democrat and governor hopeful Josh Shapiro’s strategy, for instance, has been to criticize Republican voting law efforts.

Given election misinformation’s potential to motivate people to violence, Liz Yates said elected leaders and candidates should use a proven strategy to tamp it down.

“People in these communities…[need] to counter the widespread narratives and conspiracy theories, to really directly challenge this and to right the course there,” she said. “And they’re just not willing to do it, it looks like.”

Republican state legislative leaders, like House Speaker Bryan Cutler (Lancaster) and Senate President Pro Tem Jake Corman (Centre) condemned the attack when it happened. But they’ve separately pushed to change the way elections are audited and to investigate past contests, things election deniers have called for.

“But it’s been a year,” Yates said. “We’ve seen an outcry but we haven’t seen significant change that would prevent that [Jan. 6] from happening again.”

Potts, who said she works with the News Literacy Project to teach the public how to debunk misinformation on things like elections, added if more of those in power were willing to dispel false election claims, more voters would have confidence in the nation’s democratic system.

“I’m not sure there are enough elected officials who are willing to take their Republican or Democrats hats off to support that,” she said.

Experts agree it’s dangerous for political leaders to indulge those who believe the state’s election system can’t be trusted.

“The larger the pool of people who believe this stuff,” Yates said, “The bigger the number of people who may act on it is, right? Even if it’s a tiny tiny fraction.”

The more those claims are rejected, Yates and others said, the less chance there is for more political violence.