A Cumberland County-based duo writes about heartbreak and social justice. 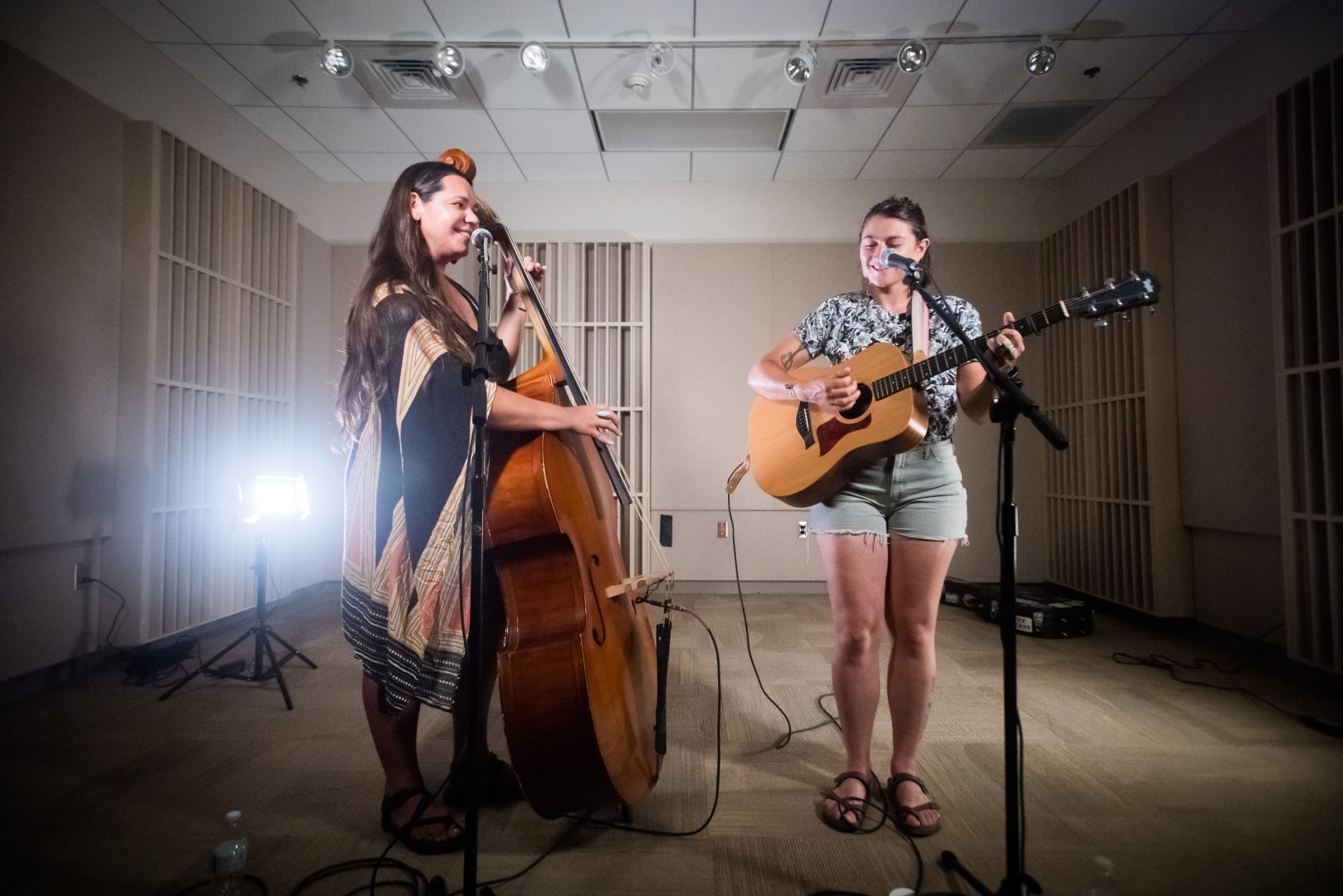 That may not be the exact interaction Steph Landis had when she went to pick up her first upright bass, but it kind of felt like that. She’d never played an upright bass before, but when another band’s bass player was getting rid of theirs, she felt like it would be something she’d like.

Steph and Virginia Masland are the duo known as Cumberland Honey (Facebook, Instagram). Formed around 2018, their folky music touches on heartbreak, love and social justice.

Virginia got her first guitar in a somewhat more traditional way.

“I play a big baby Taylor. My dad, he’s a musician, so he always had instruments and guitars and stuff laying around the house. And when I showed interest, he bought me a guitar [as a gift]. And that’s the one I still play. I love it.” 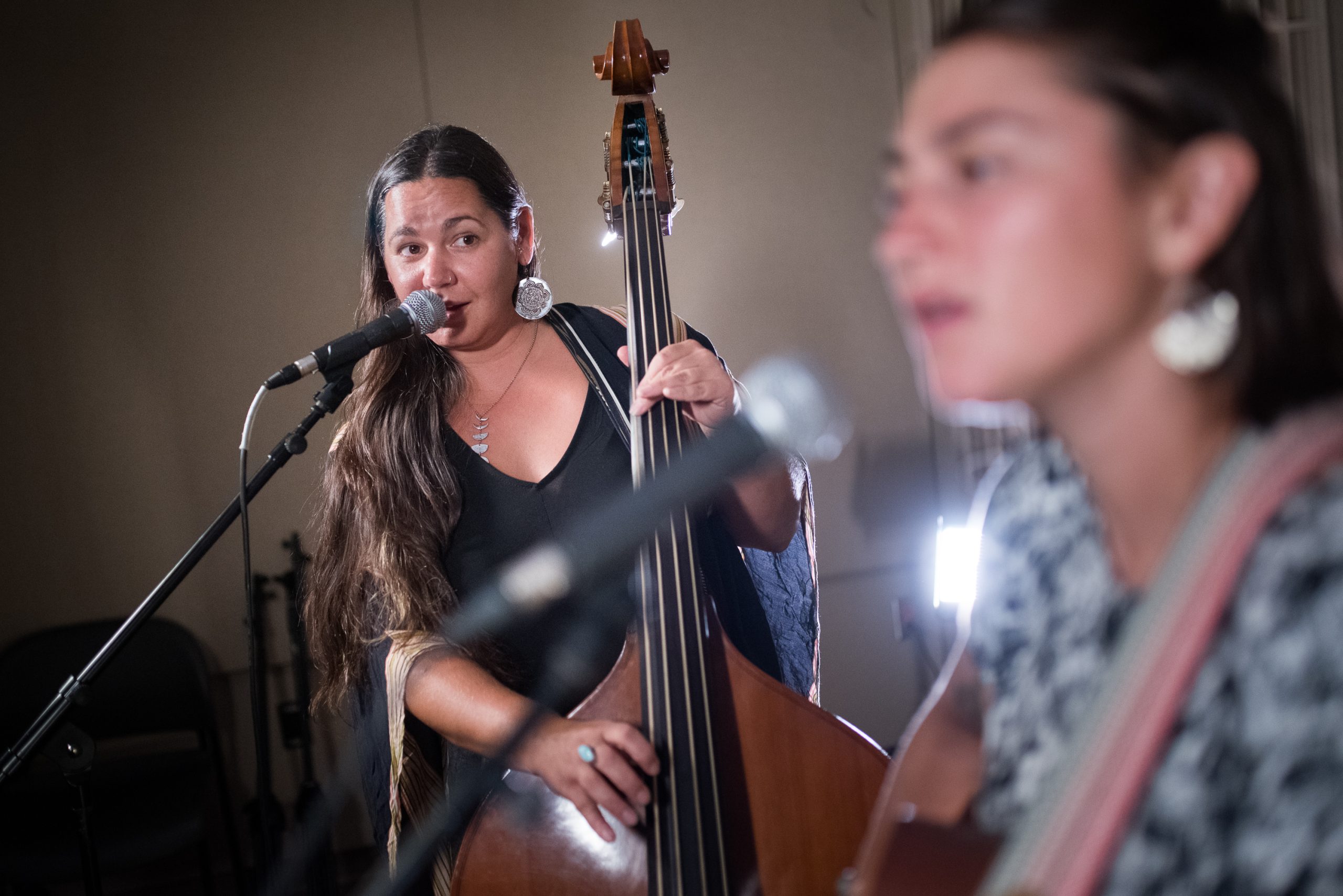 Steph sees writing music as a way of coping with life. It’s not something she intentionally sets out to do, but rather it happens when she has things on her mind..

“I went through a divorce,” she says. “And just had some things happen in my life that really made me  feel called to write music about it. I’m not like, ‘OK, I’m going to carve out this time today to do music.’ It’s like, I have a conversation that is really sad or frustrating, and I get in the car and music just starts coming to my head and I start singing into my phone. Then later I put it to music. Then we’ll have a practice and I’ll play it for Virginia, and she’ll play the part that’s exactly in my head. So Virginia helps me process my emotions through my music by playing my music with me.”

“They were using eminent domain to seize peoples’ properties to construct the pipeline,” she says. “And I was reading a news article about a guy [who] was in a really long court battle with the pipeline company. They wanted to cut down a bunch of his trees and tear down a shed that he had built. My parents have a farm that I grew up on, and I just felt a lot of empathy for that situation. I can only imagine you feel really connected to your home and something [that has] been in your family for a long time and just to have it taken over like that. So that made me a little bit angry and sad and empathetic.” 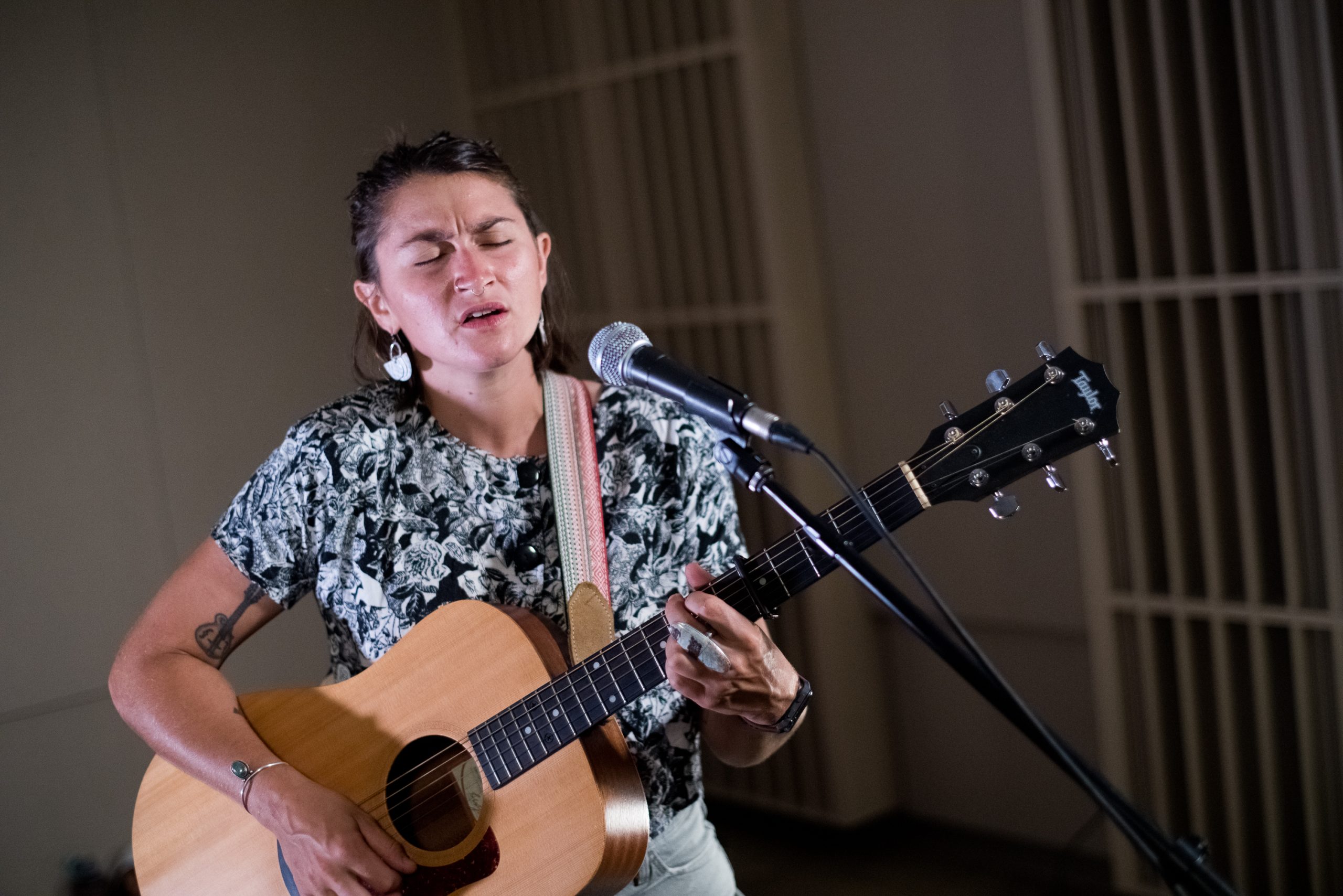 Cumberland Honey’s music is perfectly situated for the house show environment, which is a kind of show they find particularly gratifying to play.

“They are very intense because everyone is right there,” Virginia says. “And it’s our vibe because we do play more quiet listening music. But it is really gratifying to have people listen to you. And it’s cool because you get to connect with people really intimately. We’ve met some really cool folks playing house shows.”

But not everyone listens so closely. Steph is reminded of a funny conversation she had after playing one particular house show.

“There was a bunch of couples,” she says. “Afterward they came up and were talking to us. And I don’t remember how we started talking about it, but somehow Virginia mentioned her partner and that he works on cars. And the [couple] we were talking to, the man said, ‘And what about you, Steph? What does your significant other do?’ And his wife looked at him and said, ‘Did you not listen to a word she sang? She doesn’t have a man. She left him and she’s waiting for somebody to treat her right.'”

They laugh at the recollection and Virginia continues:

“It’s wild because I feel like the way that we talk about house concerts now is very new and modern and kind of hip within the last 15 years. But I think about the way that music used to be played in communities, especially in Appalachia. You’d have people sitting in homes and the community would come to the house and sit with you. It feels very old and traditional for music to be played that way.”

Steph hadn’t seriously pursued music until her mid-thirties. And she hopes to inspire others who may feel it’s too late for them to get into it.

“It’s never too late to start doing something,” she says. “And if you have a passion in your heart, just follow it no matter how old you are. I just feel if there’s something that you want to do, you should do it. I never thought that I would be 41 and playing gigs and getting paid to play music.”