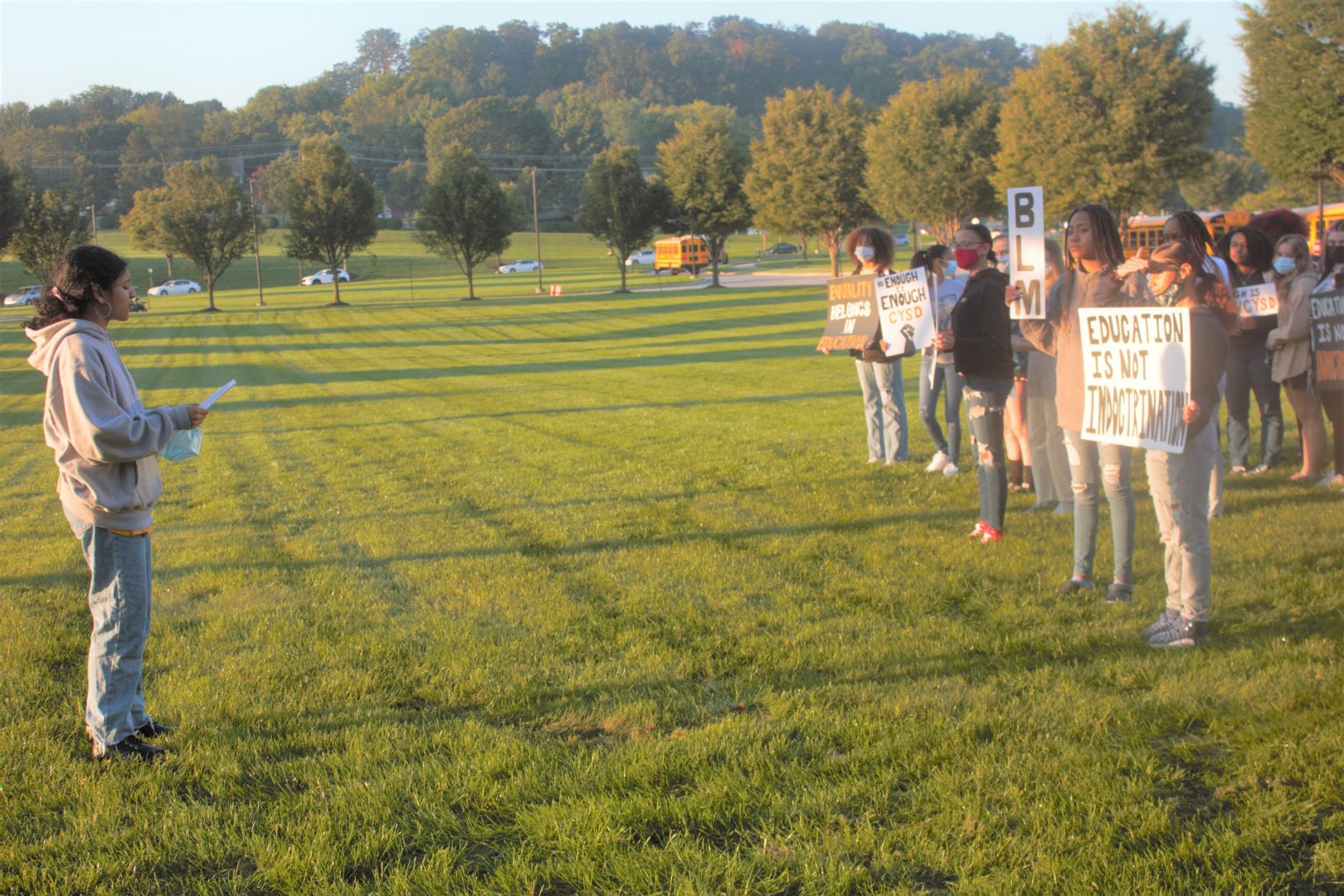 In 2021, the term “critical race theory” went from a college-level academic concept about America’s racial history to a rallying cry for conservative groups who say it brands every White person as racist.

Nationwide, an anti-CRT movement has led to school district bans on the concept, attempts to ban books on racial injustice and LGBTQ issues, and laws that limit how racism in American history can be taught. At least some of the opposition has been organized: For example, a political action committee, the 1776 Project PAC, raised hundreds of thousands of dollars to support anti-CRT candidates in seven states.

The controversy has played out in Pennsylvania, as well.

In July, a group of parents rallied at the state Capitol against critical race theory. The demonstration, led by the conservative nonprofit No Left Turn in Education, called on parents to stand up to school boards.

“We have great lawmakers that are going to pass legislation to stop CRT. But the second thing that we as parents are gonna do is we’re gonna run for school board. And we’re going to take back our school system, one seat at a time,” said Laura Zorc, director of education reform for Freedomworks.

The Pennsylvania Department of Education, school districts and other education associations have stated that critical race theory is not taught at schools. But it still became an issue in some school board races.

In Lancaster’s Elizabethtown School District, for example, Stephen and Danielle Lindemuth – proponents of the 2020 election-fraud lie – ran as anti-mask and anti-CRT and won on Nov. 2.

“We’re tired of the indoctrination that’s happening. We’re tired of our children being told that they are terrible, horrible people,” Danielle Lindemuth said at the July anti-CRT rally. “We are tired of the school districts running amok and deciding that they can do and teach whatever they want.”

In Berks County, three write-in school board candidates – Craig Stonaha, Val Delp, and Mehgan Epler – made CRT the main talking point in their bids as they challenged incumbents in the Wilson School District.

“The negative reality of equity is well-documented and currently causing issues in school districts all across the country,” Stonaha said in a July school board meeting.

The group sought to harness community opposition to an equity policy that was created to address barriers to education that some children face. Republican state Rep. Jim Cox sent out a newsletter telling parents the policy was CRT indoctrination. Soon after, board meetings began to get louder and more contentious.

Wilson board member Steph Kocher recalls a screaming parent asking her to “meet outside” to have a one-on-one conversation.

“I’ve never experienced that before in my life,” she said. “It was crazy. So after that meeting, we had extra police officers show up every meeting.”

Parents who went to meetings to defend the equity policy organized. Stefanie Cole O’ Brien, mother of two adopted Black children, joined Wilson Community for Equity Policy, which led a campaign against the write-in candidates that included explaining how the equity policy is not critical race theory.

O’Brien says at first she was afraid that speaking out might lead to a backlash that could affect her children. But, she said, she was more worried about what would happen if the write-in candidates won.

“That fear was more concerning than the fear of what could happen down the line if I spoke up,” O’Brien said.

Kocher and the other incumbents were re-elected. Wilson adopted the equity plan in mid-November.

The Central York school board race also featured issues of how race and related issues should be taught.

After Central York’s school board said certain diversity resources shouldn’t be used in classrooms, a group of students organized a daily protest in front of the high school and spoke out at school board meetings.

“The decision for the resource ban was made by parents for parents supposedly, what about the students’ feelings? Why were we excluded in this process? And they ignored it in the aftermath. It is evident to me that diversity and the voices of color in this district do not matter,” said senior Edha Gupta, senior and leader of her high school’s anti-racist union, in a September school board meeting.

Facing pressure from the community, the board reversed the ban ahead of the November election.

But the board member who spearheaded the ban, Veronica Gemma, was voted out. Three Democrats who opposed the ban were elected. Corey Thurman, the top vote-getter, was one of the three and will be the only person of color on the board.

The issue of the type of resources available to students isn’t likely going to go away.

Emily Knox, information science professor at the University of Illinois-Urbana Champaign, said the wave of parents showing up at school meetings to protest books on race is a symptom of overall political and cultural discontent. People can’t control what is happening in Washington, D.C., but they can participate in school board meetings and have a say over what children are taught at schools.

“It’s never about the book itself. It’s always about values and anxiety,” Knox said. “The book is just an instrument for people to basically say, this is what I think communities should be like.”

“This volume of challenges is unprecedented and I think can be directly linked to these loosely organized campaigns by parent rights groups, advocacy groups, to remove certain books from libraries in schools across the country,” she said.