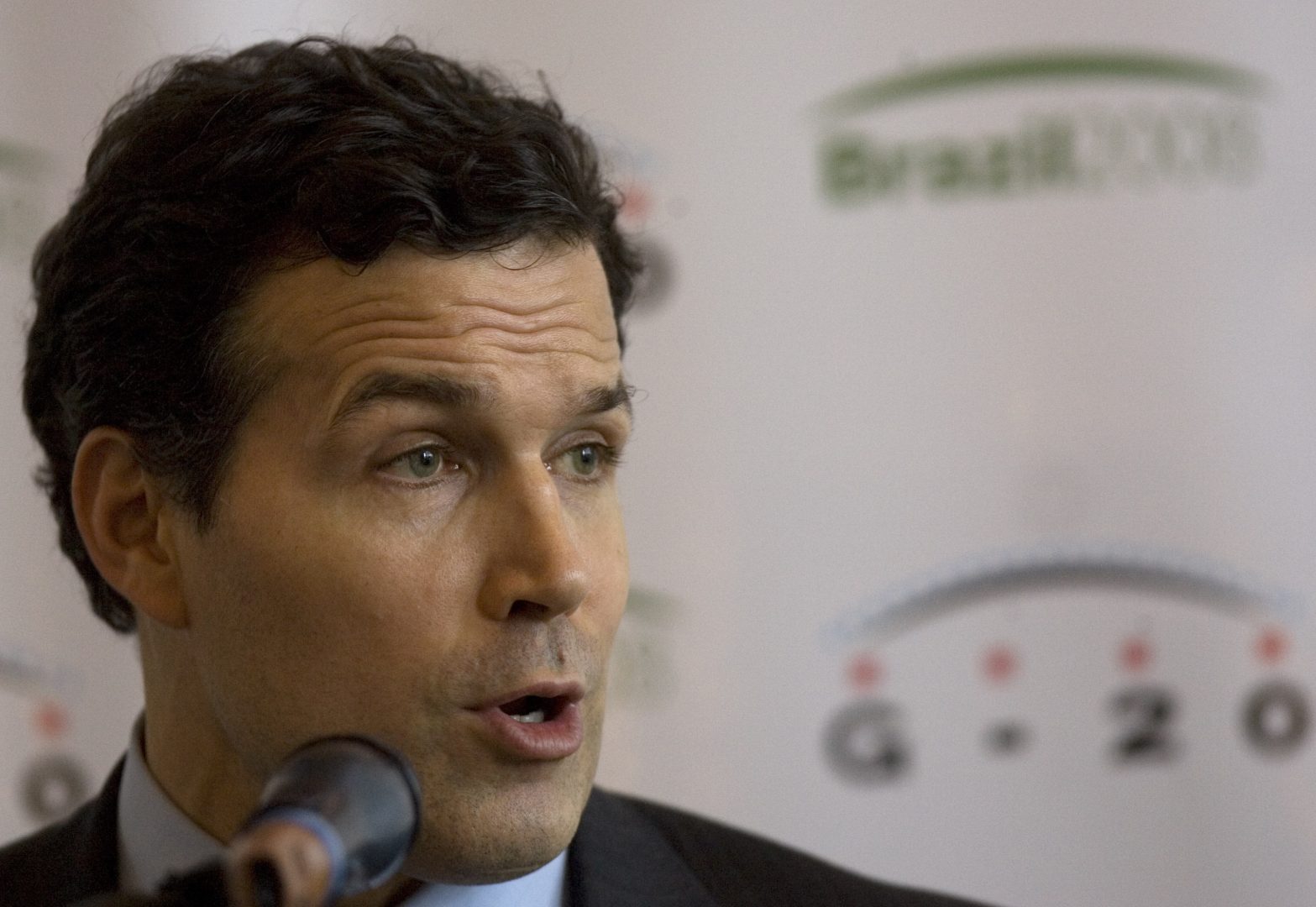 (Harrisburg) — David McCormick, CEO of one of the world’s largest hedge funds and a former senior official in President George W. Bush’s administration, is accumulating support from longtime party fundraisers and officials in Pennsylvania even before he has formally announced his candidacy for U.S. Senate.

Whether McCormick’s high-level support will translate into victory in the May 17 primary election remains to be seen.

McCormick, 56, is preparing to enter a Republican primary field that is newly in flux with the exit of former President Donald Trump’s endorsed candidate, Sean Parnell, and the entrance of Mehmet Oz, who carries unrivaled name recognition as the host of daytime TV’s “Dr. Oz Show.”

Other candidates — including conservative activist Kathy Barnette, real estate investor Jeff Bartos and Carla Sands, Trump’s former ambassador to Denmark — have been making the rounds of party functions for most of the year, while Bartos toured the state by bus.

“He’s a salt of the earth guy who served his country and worked hard,” Deon said in a text message. “He can relate to someone who wears a hard hat or sits in a boardroom.”

The race to replace retiring two-term Republican U.S. Sen. Pat Toomey has thrown open the gates in earnest in what is expected to be one of a handful of competitive contests across the country next year that will determine control of the Senate.

The race is considered a toss-up in bellwether Pennsylvania, a presidential battleground and big electoral prize that backed Democrat Joe Biden in last year’s election and Trump in 2016.

Democrats have a strong primary field with far more electoral experience than candidates in the Republican field.

They include John Fetterman, the state’s lieutenant governor, third-term U.S. Rep. Conor Lamb of suburban Pittsburgh, state Rep. Malcolm Kenyatta of Philadelphia and Val Arkoosh, a former chair of anesthesiology at Drexel University College of Medicine who chairs the three-member board of commissioners in Montgomery County.

For the Republican candidates, the rubber may begin to meet the road on Jan. 15, when the state party’s central caucus will hold its closed-door candidate interviews. Other regional caucuses will follow with their closed-door meetings on following weekends leading up to the state party endorsement meeting on Feb. 5.

McCormick has avoided media, other than speaking with a conservative-friendly columnist, and has been meeting Republican officials in private meetings arranged by Toretti and other backers.

He is spending more than $1 million out of his own pocket to air a Christmas-themed TV ad across Pennsylvania this week and has filed paperwork with the IRS that allows him to start raising money for his candidacy before he formally declares, a campaign adviser said.

McCormick has lived in Connecticut since 2009 and worked for Bridgewater Associates, one of the world’s largest hedge funds. He is currently CEO.

To reestablish residency, the Pennsylvania native bought a house in Pittsburgh’s East End, near where he lived two decades ago before leaving in 2005 to serve in Bush’s administration.

He is married to Dina Powell, herself a veteran of the Bush administration and Republican National Committee who also was a deputy national security adviser to Trump before she returned to work at investment bank Goldman Sachs. That has given McCormick an introduction to Trump’s circle.

The arrival of wealthy, connected candidates from out of state has fast become an issue in the campaign. McCormick, Oz and Sands are all moving from blue states in pursuit of a Senate seat in purple Pennsylvania.

McCormick’s backers tip-toe around that by stressing his upbringing in Pennsylvania, his graduating from high school in Bloomsburg where he still owns a family Christmas tree farm, and his spending about a decade in business in Pittsburgh, where he ran online auction house FreeMarkets Inc.

Some Republicans know McCormick’s father, who was the first chancellor of the state university system under then-Gov. Dick Thornburgh.

After high school, McCormick went to West Point, served in the Gulf War and got a doctorate at Princeton University before he headed into business in Pittsburgh.

He held three different positions in Bush’s administration, departing after serving as the Treasury Department’s under secretary for international affairs.