Walker and Pickett both revealed their respective decisions in social media posts on Thursday, leaving the Spartans and Panthers without their biggest stars. 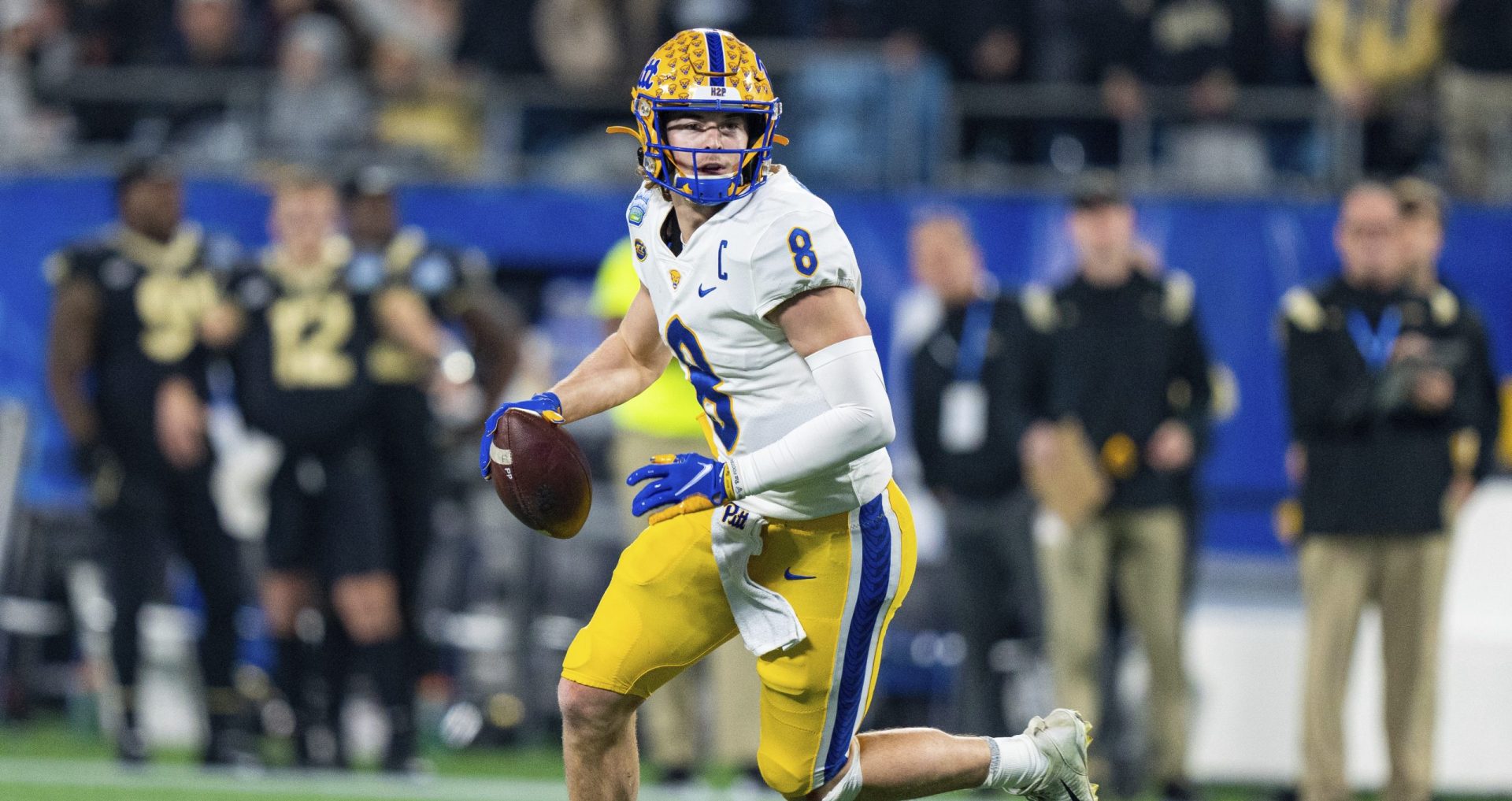 (Pittsburgh) — The Peach Bowl will go on without Kenneth Walker and Kenny Pickett.

Walker, an All-America running back at Michigan State, and Pickett, a record-setting quarterback for Pittsburgh, both announced Thursday they are skipping the bowl game to focus on the NFL draft.

Walker and Pickett both revealed their respective decisions in social media posts on Thursday, leaving the 11th-ranked Spartans (10-2) and 13th-ranked Panthers (11-2) without their biggest stars for the Dec. 30 game in Atlanta.

Pickett, the ACC Player of the Year and third-place finisher in the Heisman Trophy voting, thanked the university, head coach Pat Narduzzi, offensive coordinator Mark Whipple, his teammates and the fans in a lengthy Twitter post. Pickett called the celebration after the Panthers won their first ACC title with a win over Wake Forest earlier this month “one of the best moments of my career.” 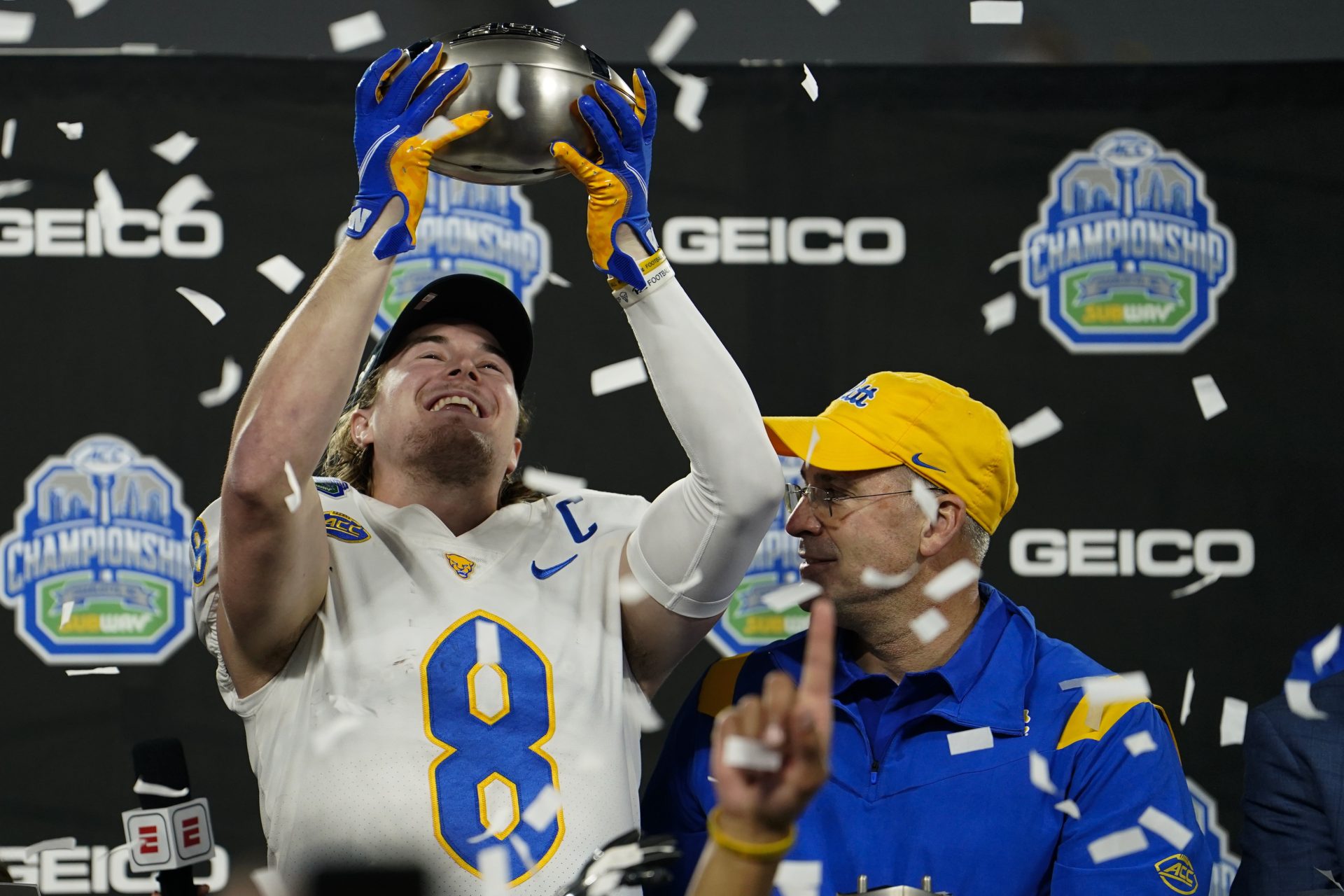 It’s a moment few saw coming entering the fall before Pickett started re-writing the Pitt record book. He set new school marks for touchdown passes in a season (42) and yards passing in a season (4,319) while guiding the Panthers to 11 wins for the first time since 1981. He captured the Johnny Unitas Award last week and was named a second-team All-American by The Associated Press.

“From the time you arrived as a freshman five years ago, right up until the moment you walked off the field in Charlotte as ACC Champion, you gave the University of Pittsburgh absolutely everything you had,” Narduzzi wrote to Pickett in a Twitter post.

Pickett’s breakout season has rocketed him up NFL draft boards. He is expected to be among the first quarterbacks selected in April.

His decision means the Panthers will be without their starting quarterback and offensive coordinator for the Peach Bowl after Mark Whipple resigned last week to take the same position at Nebraska. Narduzzi has not said who will call the plays against Michigan State. Nick Patti figures to get the nod at quarterback after spending the season as Pickett’s primary backup.

Hours before Pickett said he was heading to the NFL, Walker did the same, a decision Michigan State coach Mel Tucker supported.

“I want to congratulate Ken for all his success and thank him for taking a chance on us,” Tucker posted.

Walker, a Tennessee native, transferred from Wake Forest after his sophomore season and helped Tucker’s turnaround. The Spartans won two games in Tucker’s debut season last year that was shortened by the pandemic. 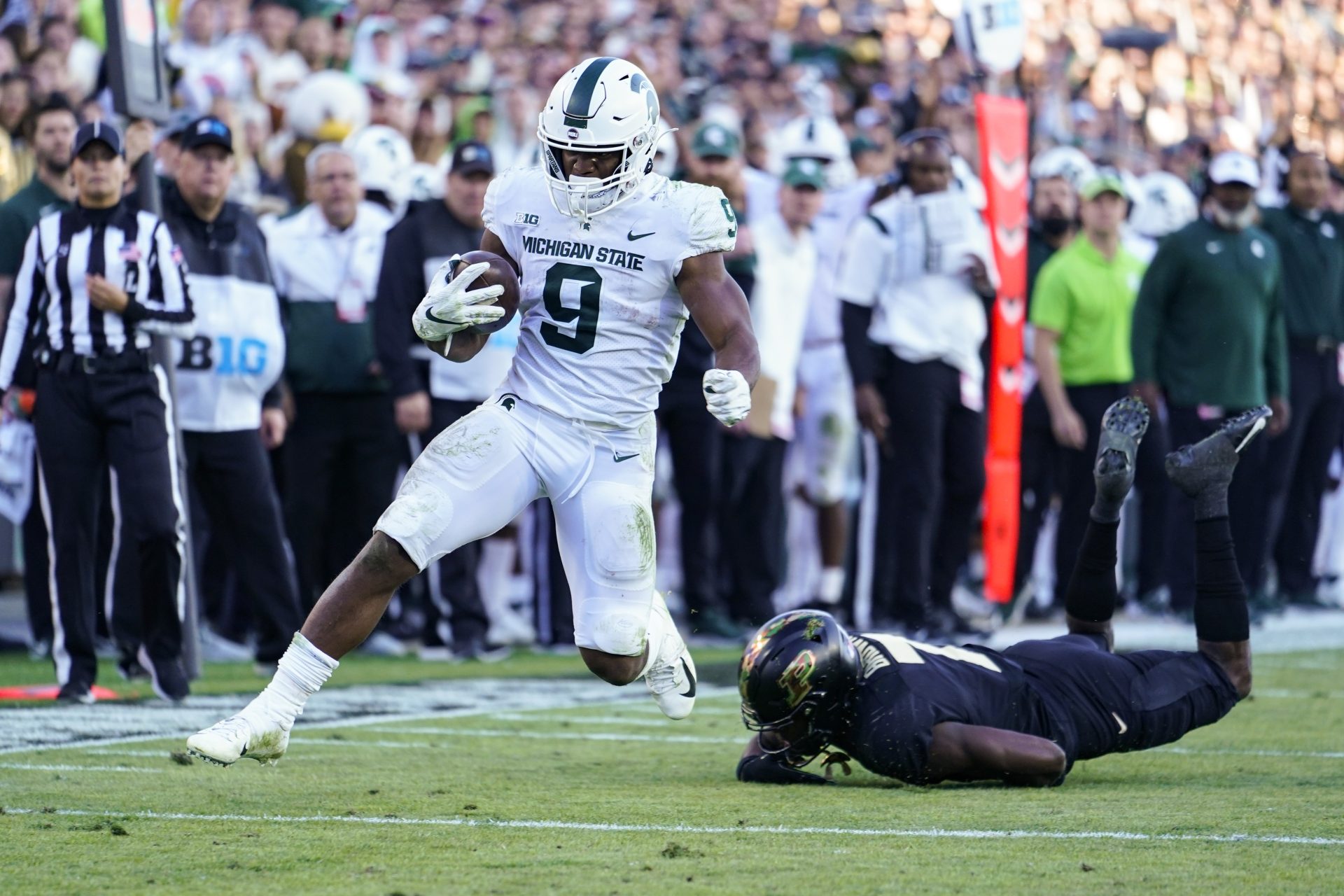 Michigan State running back Kenneth Walker III (9) breaks the tackle of Purdue cornerback Jamari Brown (7) on his way to a touchdown during the first half of an NCAA college football game in West Lafayette, Ind., Nov. 6, 2021.

Michigan State won 10 games this year, including handing rival Michigan its only loss.

“I am beyond grateful to coach Tucker and the entire staff for believing in me and giving me the opportunity to shine under their leadership,” Walker wrote.

Walker ran for 1,636 yards, second in FBS, and ranked among the nation’s leaders with 19 touchdowns. He had 579 yards rushing in each of his two seasons at Wake Forest and scored 17 touchdowns.

The junior jumped to the top of the Heisman Trophy watch lists after scoring five touchdowns in a win over the Wolverines and finished sixth in the voting last week.

He was named Walter Camp player of the year and became the first Spartan to win the Doak Walker Award as the nation’s best running back. Walker and Ohio State quarterback C.J. Stroud shared AP’s Big Ten co-offensive players of the year honors.