“’Here’s a map that we’re looking at. Let’s get it together. There was no discussion of how that map was selected." 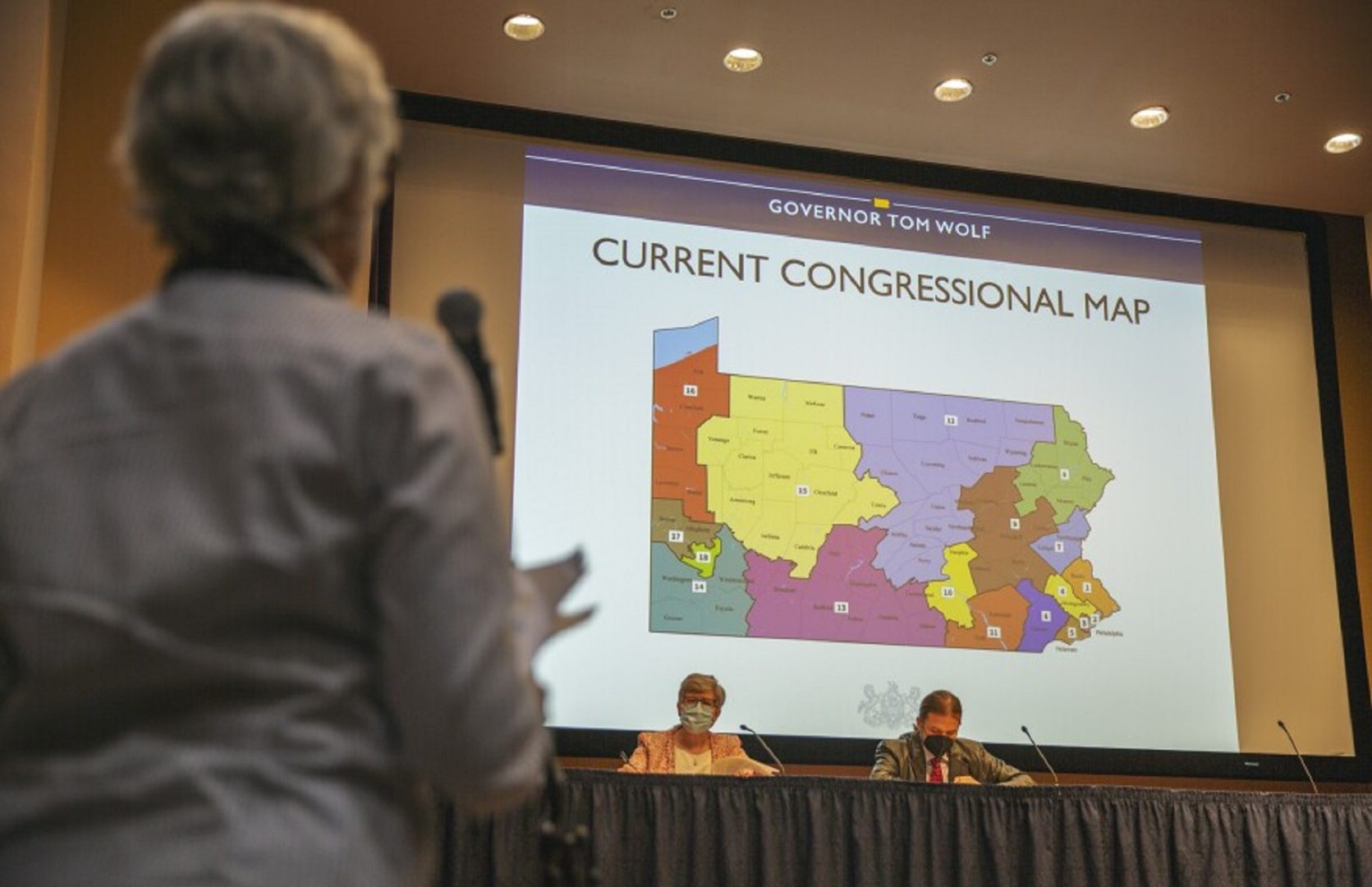 It’s expected to pass through a key House committee Wednesday morning — though both Democrats and Republicans on the committee said they didn’t have all the details or rationale for the proposal late Tuesday afternoon.

Asked to describe the mapping process, Rep. Russ Diamond (R-Lebanon), who sits on the House State Government Committee, said the extent of the conversation between leadership and Republican members was, “’Here’s a map that we’re looking at. Let’s get it together.’”

“There was no discussion of how that map was selected,” he added.

Rep. Scott Conklin, the ranking Democrat on that committee, said he hadn’t seen or heard of the new draft until Rep. Seth Grove (R-York), who chairs the House State Government Committee and has largely led the chamber’s redistricting effort, publicly released a picture of it.

In advance of the voting meeting tomorrow, here is the updated Citizen’s Congressional Redistricting Map which made minors changes for compactness, VRA, & communities of interest from comments on https://t.co/QbaANZovXr!

We really appreciate all the public input! pic.twitter.com/34ZTggCVB0

Any map proposal would have to pass through the GOP-controlled House and Senate, then get a signature from Democratic Gov. Tom Wolf. The Senate is still working on its own map proposal, and it’s likely any draft that comes out of either chamber at this stage will be amended before going to Wolf’s desk.

Initially, Grove had proposed that the House use a map drawn by a constituent — one of more than a dozen House Republicans had solicited as part of their promised “most transparent” mapping process to date.

But the new map lawmakers will consider Wednesday is different. It is the result of last-minute tweaks by Grove and staffers, which are designed to capture enough votes to get the map through his committee.

The first map was drawn by Amanda Holt, a Lehigh County piano teacher and former GOP county commissioner who rose to Pennsylvania mapping prominence in 2012, when the state Supreme Court cited her analysis in its decision to reject the state Senate map Republicans had drawn the previous year.

Diamond was one of them. Under the Holt map, his home county, Lebanon, looked to him like “a dinosaur head was taking a bite out of it.”

He didn’t think his constituents would approve of a carved-up Lebanon, and nor did Rep. Frank Ryan (R-Lebanon), who is also on the House State Government Committee. They were joined in their opposition by Rep. Louis Schmitt (R-Blair), whose own county was also divided.

Together with Democrats who uniformly opposed the map, they were able to keep it from passing. Grove had intended to hold a vote on the proposal Monday, but pulled the bill after opposition solidified. 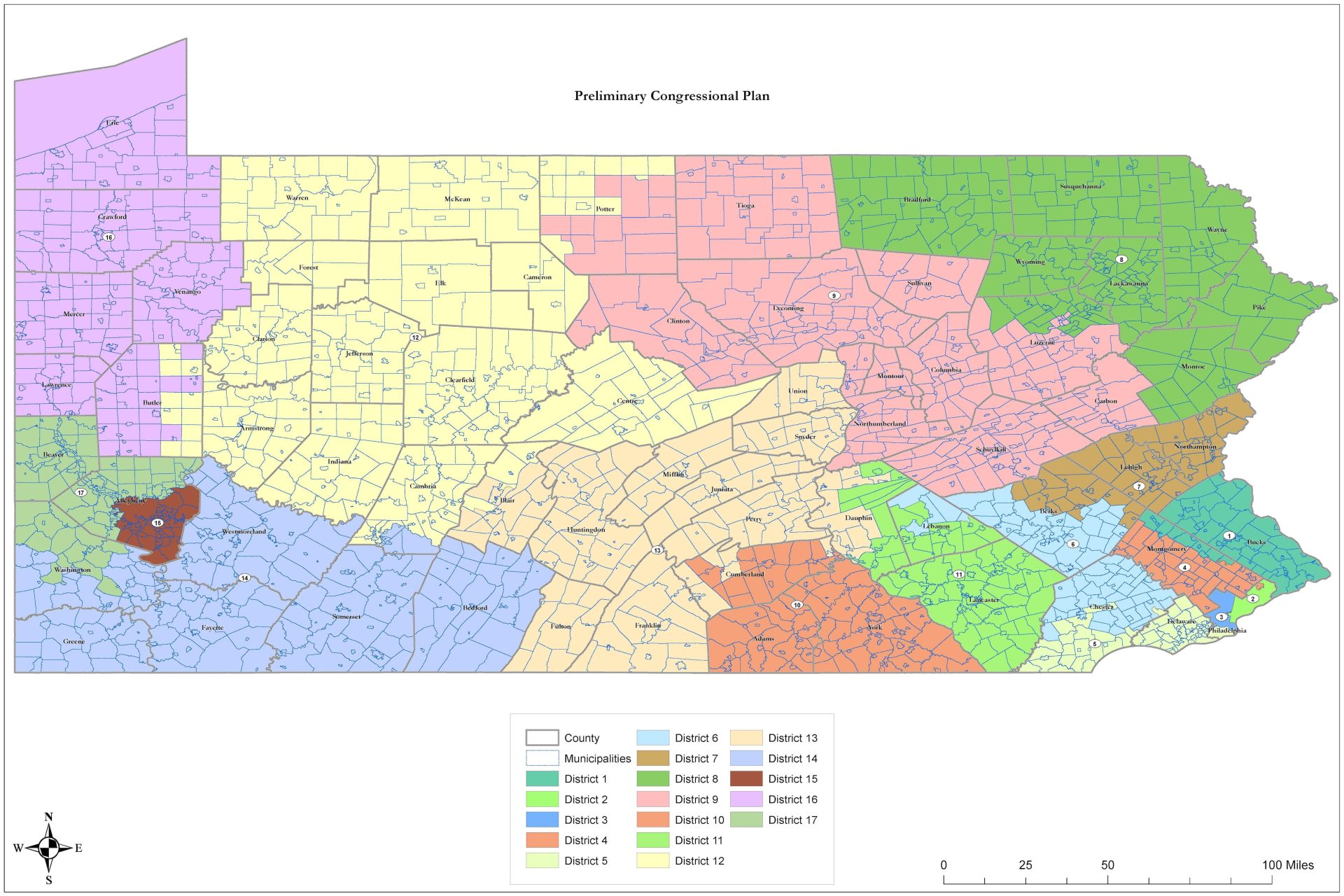 Grove released a photo of a new, tweaked map on Thursday, saying in a statement that he had made “minor adjustments to the citizen map to improve the compactness of districts, respond to citizen concerns regarding communities of interest and increase minority representation in Philadelphia.”

It’s difficult to analyze in detail, because Grove’s office declined to release files with granular map data ahead of Wednesday’s meeting. But some of the changes are clear.

Mike Pries, a Republican Dauphin County Commissioner, posted on Twitter that he thinks it’s “ironic” the map would split his county into three separate congressional districts, instead of the two on Holt’s map.

It “highlights gerrymandering right to the doorstep of Pennsylvania’s State [Capitol],” Pries wrote.

The map makes Lebanon and Blair Counties whole, as well as conservative Potter County, which had also been split in two. It also creates new splits in Union and Snyder Counties, and changes boundaries in several other regions.

Diamond says he’s now satisfied and will vote for the new map, and expects it to pass. A spokesman for Grove says once the map passes, he intends to solicit public comments on it for an as-yet-undetermined period of time.

If Republicans and Wolf are unable to agree on a map, the state Supreme Court is charged with stepping in to commission one.