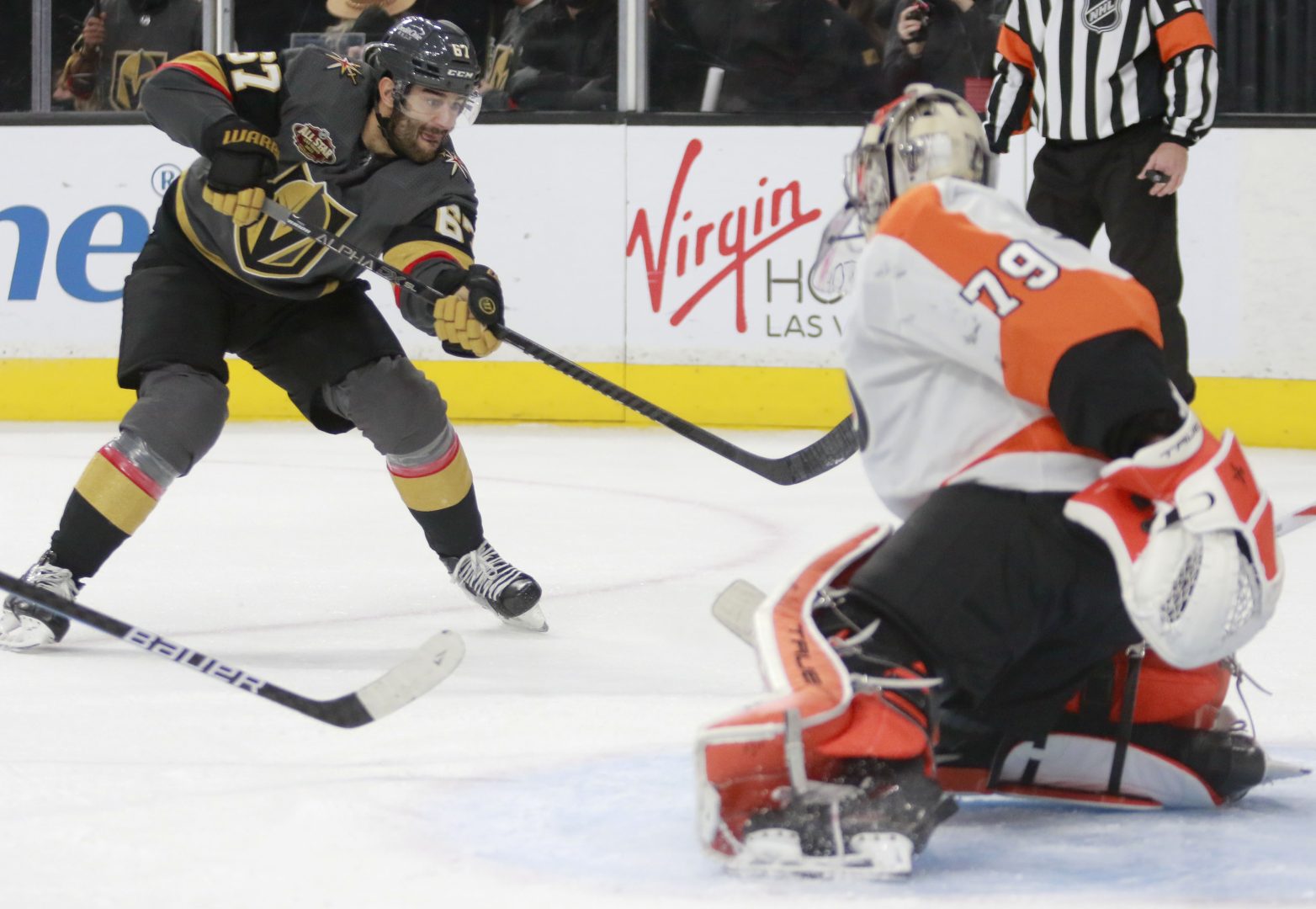 The Flyers are 1-8-2 since Nov. 18, were outscored 46-18 during their 10-game slide and were the only team without a win in that span. Philadelphia fired coach Alain Vigneault and assistant Michel Therrien on Monday.

“When you’re going through something that we’re going through, the hardest thing is to deal with the emotion,” Flyers interim coach Mike Yeo said. “We knew it wasn’t gonna be perfect, especially against a team like that, a team of that caliber, but our guys competed so hard tonight, starting with Hart. Every guy showed the kind of battle, that level that we need night after night.”

Max Pacioretty scored twice and William Karlsson added his second of the season for the Golden Knights. Laurent Brossoit made his sixth start and eighth appearance of the season for Vegas and stopped 21 shots.

Philadelphia opened the scoring during a 4-on-4, just one second before Vegas forward Adam Brooks would have given the Golden Knights a short power-play opportunity. Instead, Hayes found the puck low, spun and backhanded it past Brossoit.

In just his third game after missing 15 with a broken foot, Karlsson beat Hart on the final leg of a beautifully executed tic-tac-toe with Reilly Smith and Jonathan Marchessault.

Willman notched his milestone goal when he gathered a fortunate bounce and one-timed it from the bottom of the right circle to put Philadelphia back in front early in the second period.

“That was a really cool feeling,” Willman said. “Definitely something I’ll remember for a long time. … It’s nice to get rewarded with that and contribute in the win.”

Shortly after the Golden Knights’ struggling power play failed, Pacioretty was in the perfect position to tap home Alex Pietrangelo’s rebound from the blue line. Pacioretty extended his point streak to seven games, including his sixth goal in five games.

Vegas’ special teams’ issues carried over to its penalty kill, as the Flyers took advantage of back-to-back power plays in the third period.

After Golden Knights captain Mark Stone was called for hooking, Couturier fired a one-timer from the right circle that Brossoit was barely able to react to just 16 seconds into the power play. Then, with Pacioretty in the box for holding, Van Riemsdyk gave the Flyers a 4-2 lead with 10:23 left.

“Special teams obviously was a huge factor in the game,” Yeo said. “With the PK, obviously, when your goalie is playing the way Hart was playing tonight, it allows you to play a little bit more aggressive in certain situations but also have a sense of composure and calmness. … Two power-play goals tonight, massive for us.”

Vegas has allowed goals six of its past seven times short-handed, spanning its last two games. The Golden Knights, who have the second-worst power play at home, were 0 for 5 with a man advantage and are 0 for 11 in their last three games.

“I think we’re going through a spell here where we’re making some mistakes,” Vegas coach Peter DeBoer said. “I think both our special teams have to be better.”

Pacioretty’s second goal came with 1:45 left in the game, but Vegas couldn’t capitalize with an extra attacker down the stretch to tie the game.

NOTES: Las Vegas-native and current Philadelphia Phillies slugger Bryce Harper attended the Flyers’ morning skate and posted a thank you photo with Hayes on his Instagram. … Pacioretty has one game this season without a point, and that was the game he broke his foot in. … Claude Giroux’s assist on Couturier’s goal pushed him past Bob Clarke for the all-time franchise lead in power-play points with 334. … Smith is one point from the 400th in his career. … Philadelphia, which lost 3-0 in New Jersey on Wednesday, improved to 3-0-1 after being shut out.