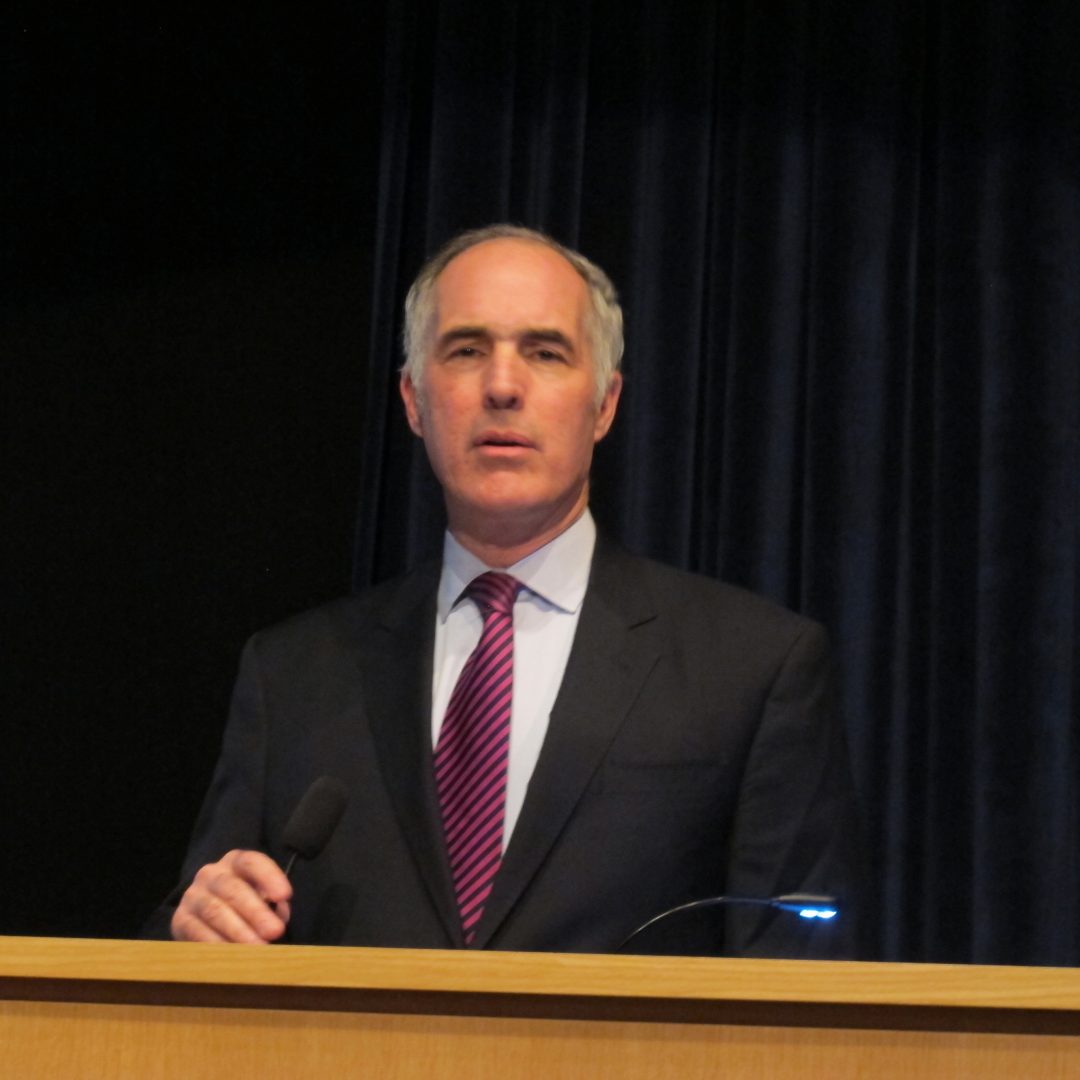 “Both parties recognize that there’s inflation but only one party’s doing something about it,” he said on a call with reporters Friday, criticizing Republican efforts to blame rising costs on the Biden administration.

Shortly before Casey’s remarks, the U.S. Department of Labor reported that consumer costs for food and other necessities rose again in November, as the country’s inflation rate grew to 6.8%. That increase makes for the highest inflation the country has seen since 1982, and it is driven heavily by spikes in the cost of energy, housing, and automobiles.

“This inflation is the result of a strong economy rebounding from the pandemic. We know that there’s a huge demand — maybe an unprecedented demand — for goods,” Casey said. “But it’s also true that wages are rising, there are plenty of jobs that are available now and families have money in their bank accounts.”

Casey was quick to attribute some of that extra money to advanced payment of the child tax credit, a provision of the American Rescue Plan that Democrats passed early this year. Some 65 million children qualify for the tax credit, which gives families up to $300 per month for each child under 6, and $250 per month for children ages 6-17. So far, studies show that this year’s sped-up payments have significantly reduced child hunger and poverty.

Following Democrats’ victory in passing their infrastructure bill to improve roads and bridges in legislation passed this fall, Casey said he expects the Biden administration’s Build Back Better proposal to be passed by the end of the year. Casey said Democrats “have a very high sense of urgency and we’re going to get the bill passed this month.”

“We’re going to build on this success by creating millions more good paying union jobs with the passage of both the infrastructure bill which is now law but also with the passage this month of Build Back Better,” he said. “So when you consider what Democrats have been doing in 2021…. we’re responding to the needs of families and workers and communities. Not just to help them through the pandemic, but to prepare them for the long term.”

Among other things, the Build Back Better legislation would make investments in child care, preschool, home care for people with disabilities. It would also provide funding to combat climate change.

Casey was joined by Wisconsin U.S. Sen. Tammy Baldwin, who also voiced her support for the legislation.

“It’s so squarely focused on removing barriers and hurdles to rejoining the workforce,” she said. “We still have, as a result of the pandemic, folks who departed the workforce [because of a] lack of affordable child care, or home care, or other barriers [and] have not reentered the workforce and we needed to squarely address those.”

But polling suggests that Democrats have an uphill fight on many of those initiatives. Voters were already citing inflation as a top concern before Friday’s report, and enthusiasm for Build Back Better appears tepid, as does appreciation for the child-tax credit.

Inflation, meanwhile, appears to be less fleeting than Democrats had once hoped, driven by a number of factors including supply-chain problems and a tight labor market. And there are signs that while Americans got a cash boost thanks to federal pandemic aid earlier this year, that cushion may be beginning to fray.

Republicans, including Pennsylvania’s outgoing U.S. Sen. Pat Toomey, have been quick to blame President Joe Biden on rising costs for consumers and say that Democrats’ spending has been “reckless.”

“Today’s jaw-dropping inflation report should alarm every single American, but especially policymakers,” Toomey said on Twitter. “Hardworking American families are suffering as a direct result of the Biden administration’s reckless borrowing and spending and anti-energy policies. If the message wasn’t clear enough before, it’s crystal clear now. Democrats should immediately halt plans to advance their nearly $5 trillion spending spree and the Fed should quickly normalize monetary policy before it falls further behind the curve.”

Lauren Melodia, who is deputy director of macroeconomic analysis at the progressive Roosevelt Institute, said during the call with Casey and Baldwin that the legislation would not contribute to inflation, since its investments would be spread out over a decade.

“Today’s inflation numbers have nothing to do with the Build Back Better Act,” she said. “While inflation over the course of the year is higher than expected, it can still be attributed to COVID shutdown of our global economy last year — and this year. Changes in demand, supply disruptions that are still related to COVID, and a strong recovery that’s been driven by demand, which is a real feature of the economy … that strong demand and all of the resulting high job growth and high wage growth, those are all good things to keep in mind.”