A York County pianist found success when she wasn't looking. 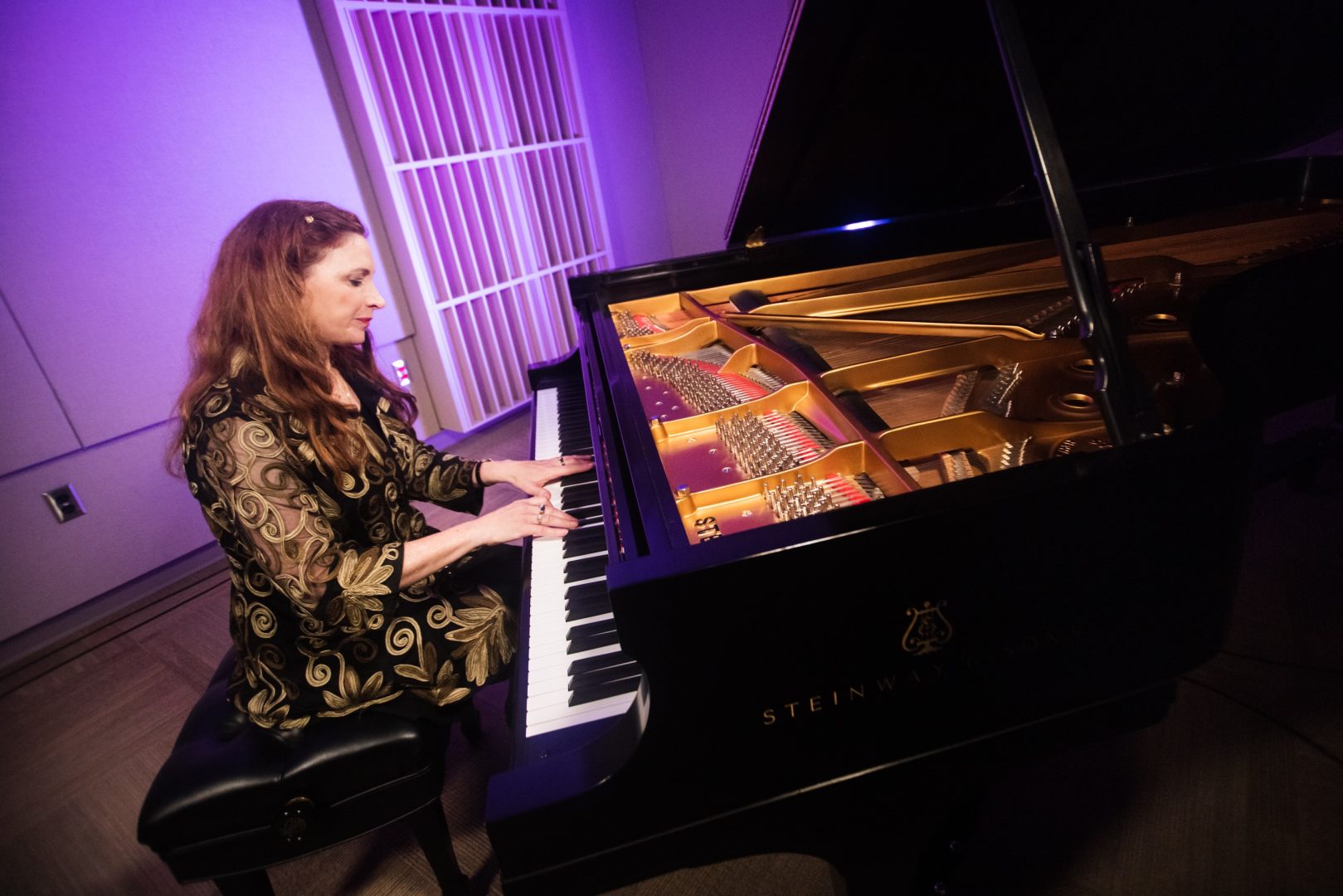 Pianist Robin Spielberg grew up outside of New York City and now resides in York County. She has played to audiences across the world. She’s recorded numerous albums of her original compositions and has played Carnegie Hall. But throughout the trajectory of her career, no matter what goal she achieved, she never felt like she’d found success.

She began her piano studies as a child. Showing promise, one of her teachers suggested to her parents that they consider a music conservatory. Her parents were a bit hesitant.

“They grew up really poor. And the success rate, especially of pianists and female pianists … not so great. So my mother, I remember her asking the teacher, ‘Well, how good is she and do you think she can have a career?’ Her teacher replied, ‘Well, I don’t know. We’ll give it 20 years and see.’ Which is really a truthful answer. And so my parents said, ‘You’re going to go to college,'” she says with a laugh.

So Robin put music to the side but not entirely. She studied drama in New York City and was involved in musical theater and writing music and formed a theater company with some classmates called The Atlantic Theater Company. But to help pay off her college debt, she played piano all around the city in hotel lobbies and piano bars. And that’s how music was able to take center stage in her life again. 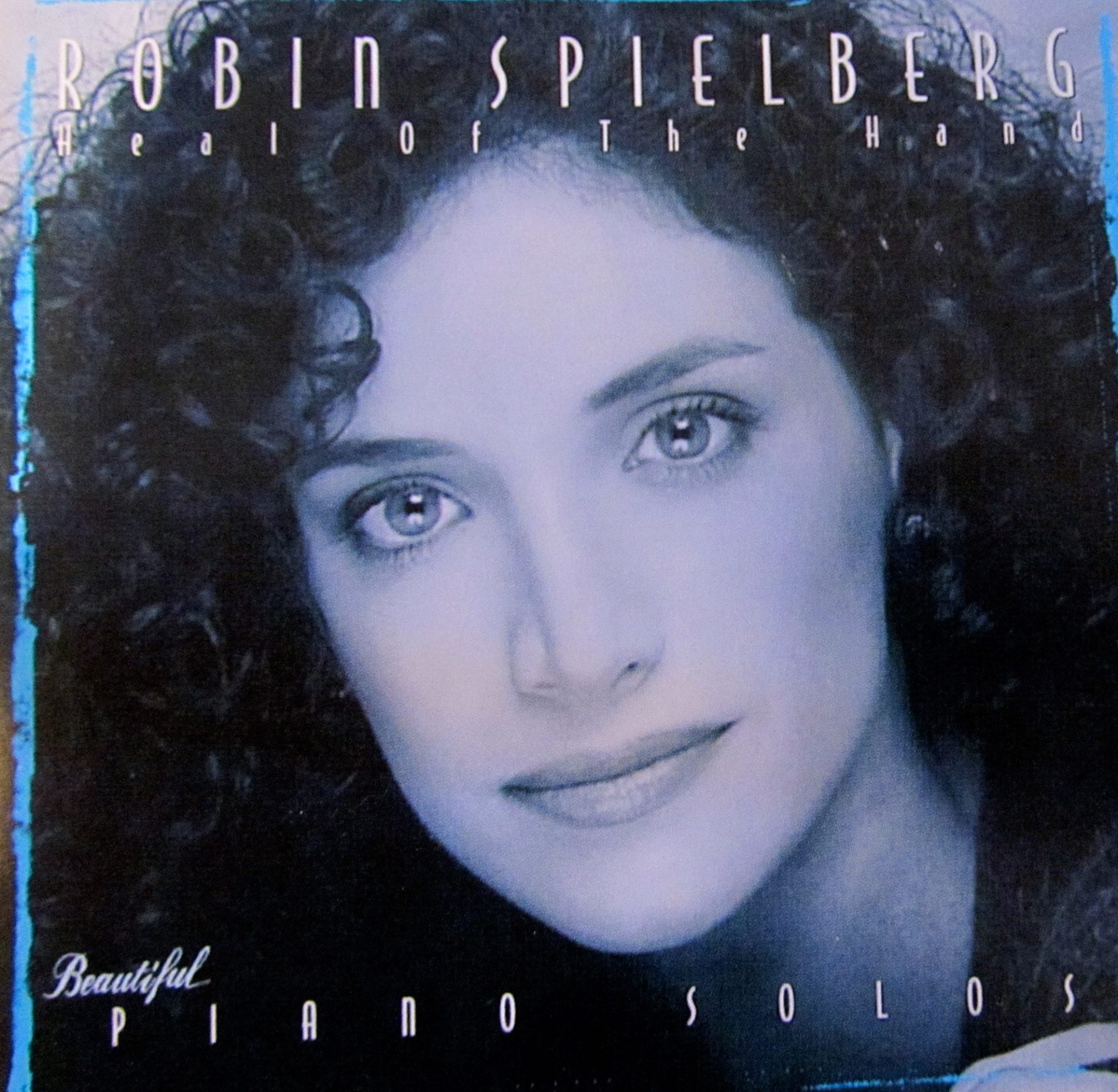 “Every now and then for filler while I was thinking of what to play next, I’d kind of fiddle around with these improvisations … And I noticed that people didn’t necessarily come up to me to talk to me about my arrangement of “Moon River”, but they would approach me after hearing something original that I had done and asked me, ‘Do you have a record?’ [So] I went and recorded all of my original pieces in 1993, and I entitled that debut album Heal of the Hand … and I hustled that record. I took it over to Tower and Sam Goody … Eventually, a record label picked that up and signed me to a six record deal. So when that happened in 1994, I decided to take a break from auditioning for theater roles to see where this would take me and I haven’t looked back.” 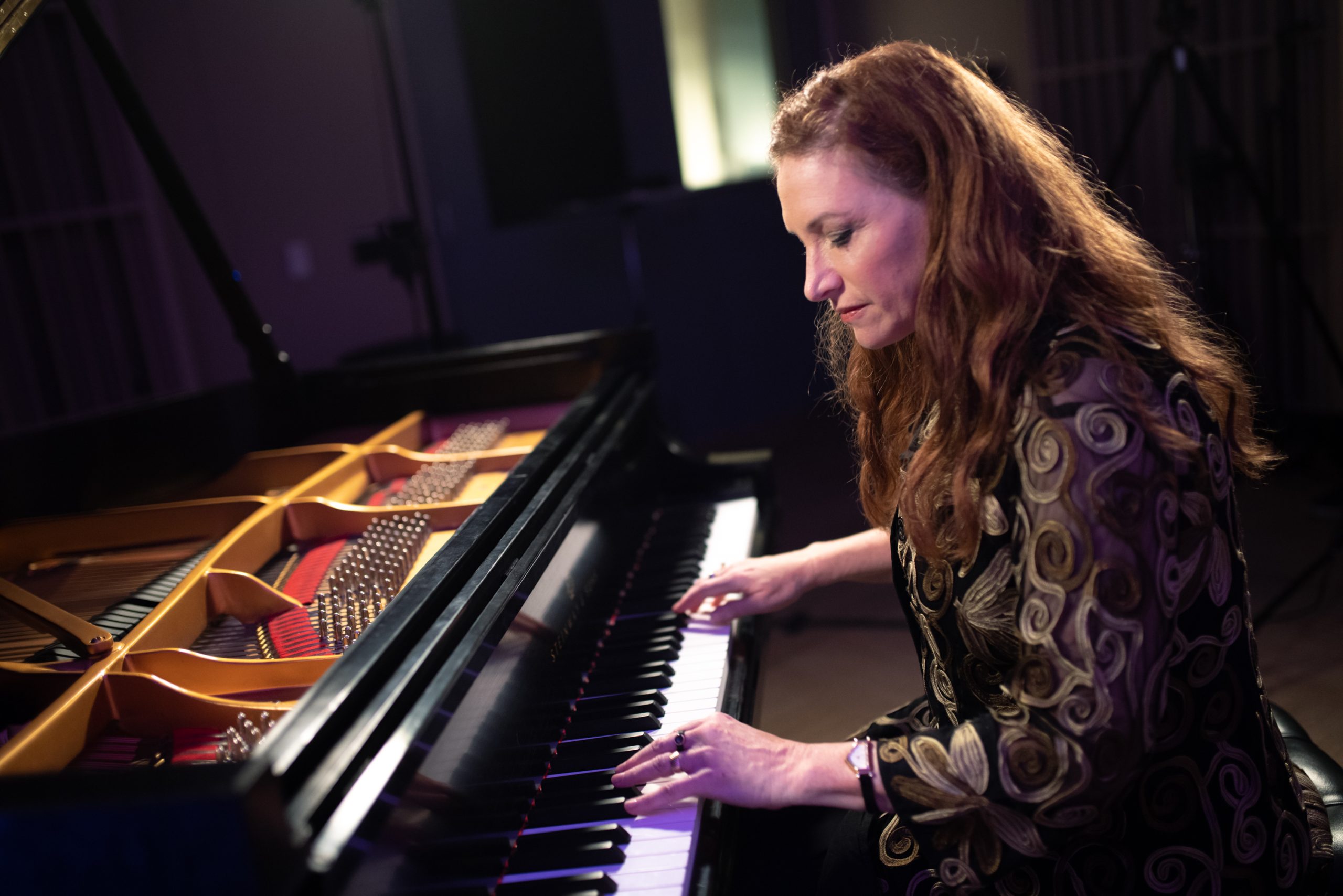 Robin’s career would take her on tour to other countries, performing in famous halls and having her music licensed for film and TV. Despite all this, and despite the standing ovations she’d receive, it never felt like she satisfied that craving for success. 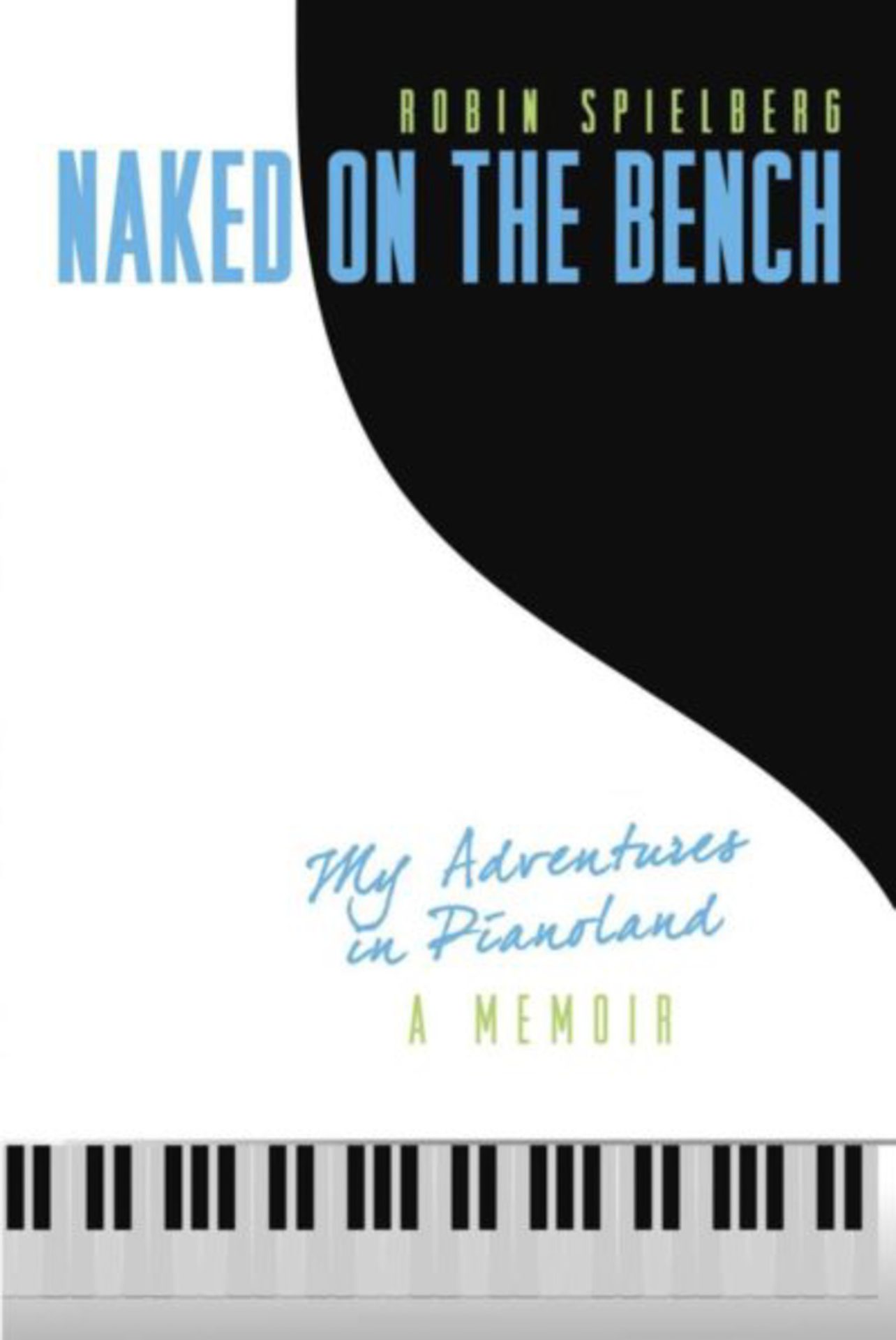 “I wrote a book called Naked on the Bench: My Adventures in Piano Land, and one of the things I addressed throughout is imposter syndrome. Moving the goalposts is what I call it. In the performing arts there are these metrics for what it means to succeed, how many records you have sold or if you’re with a major label, if you have a busy touring schedule. How many tickets are bought? Are there standing ovations? Did you chart on the radio? How many sales? The list goes on. All these things, as I approached the goal, I was just on to the next. And I realized what I was doing is taking that goalpost and moving it someplace else.”

Still, Robin continued onto new endeavors alongside her work as a musician. She’s now a spokesperson for the American Music Therapy Association which means she talks to students, doctors and nurses about how music can play a role in mental health. She was inspired to get involved because of an experience she had as a new mother. Her daughter was born prematurely, at just 23 weeks gestation.

“Nurses noticed that when music was playing by her station (she wasn’t even in an incubator yet because she was too small for an incubator) that her heart rate, her blood pressure, her vital signs improved and all the babies within earshot. I thought that was pretty remarkable because she was so, so, so tiny. She was barely a pound, and I understand how we have musical preferences, but it was hard for me to wrap my head around the idea that this baby at just 23, 24, 25 weeks, would have a musical preference or a physical, very palatable response that could be documented.”

Robin’s daughter is now and adult and has carried on that interest through her studies in arts and medicine.

Her daughter has inspired her in other ways. From an early age, Robin had been put in the mindset that works by classical composers should not be subject to improvisation.

“I had a teacher actually slap me on the wrist during a lesson once because I started to improvise on a Chopin piece. And he said, ‘Chopin does not need any help from you, Miss Spielberg.'”

“It really wasn’t until my daughter was in college … and she was studying the time of the piano parlor soirees and the gatherings that Bach would have and the contests that these composers would have; who could play the best variation on a theme. And Mozart himself had said that he never played his pieces the same way twice.” 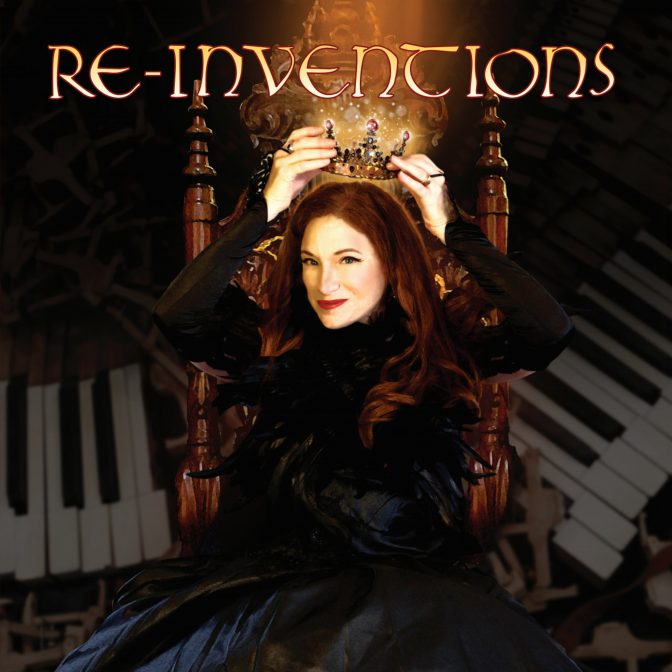 So during the pandemic, when many of us reached for things of comfort: food, film, tv, Robin reached for comfort music and produced an album titled Re-Inventions, a collection of classical masterpieces but with her own spin on them. She believed it was important for aspiring pianists to understand that it’s OK to improvise on the pieces they’re learning.

“I’m really happy that I’m hearing now from a lot of piano teachers who are really enjoying hearing these interpretations.”

And regarding that elusive feeling of success, she ended up coming to terms with that struggle where she didn’t expect it. On her tours around the U.S. she would do stops at nursing homes to play for the residents, and one nursing home in Missouri changed her entire perspective on success.

“It was a pretty depressing place … It was one of the places you don’t want a loved one of your own to be in. And from the moment I walked in, it was clear that these residents weren’t going to be engaged or listening. Most people were in stretchers or wheelchairs and really zoned out. So I played the 45 minutes. I played a bunch of show tunes and standards and pop songs and left.”

But one of the staffers caught up with her before she could leave and told her how much the residents loved it. Robin was surprised and confused. The staffer described one of the residents, an older man who stopped speaking after losing his wife six months prior.

But, the staffer told her, “‘He’s speaking now. And he was singing [a song you played] that really meant something to him and his wife in their marriage. And the reason we weren’t there to see you out is because we were calling his family for them to come visit with him. And I hope this lasts, but you really had such an impact.'”

“And I went to my car and I just burst into tears. And I went, ‘Wow, I think that the most successful thing that I’ve ever done just happened and there was no audience, no money, no applause, no standing ovation, no one there to photograph it or witness it. None of those boxes that I would check.’ And from that moment on, I’ve learned to live with the idea that I’m just not going to know. Every now and then I’ll get an email or a letter. But mostly, I’m not going to know. And that’s OK.” 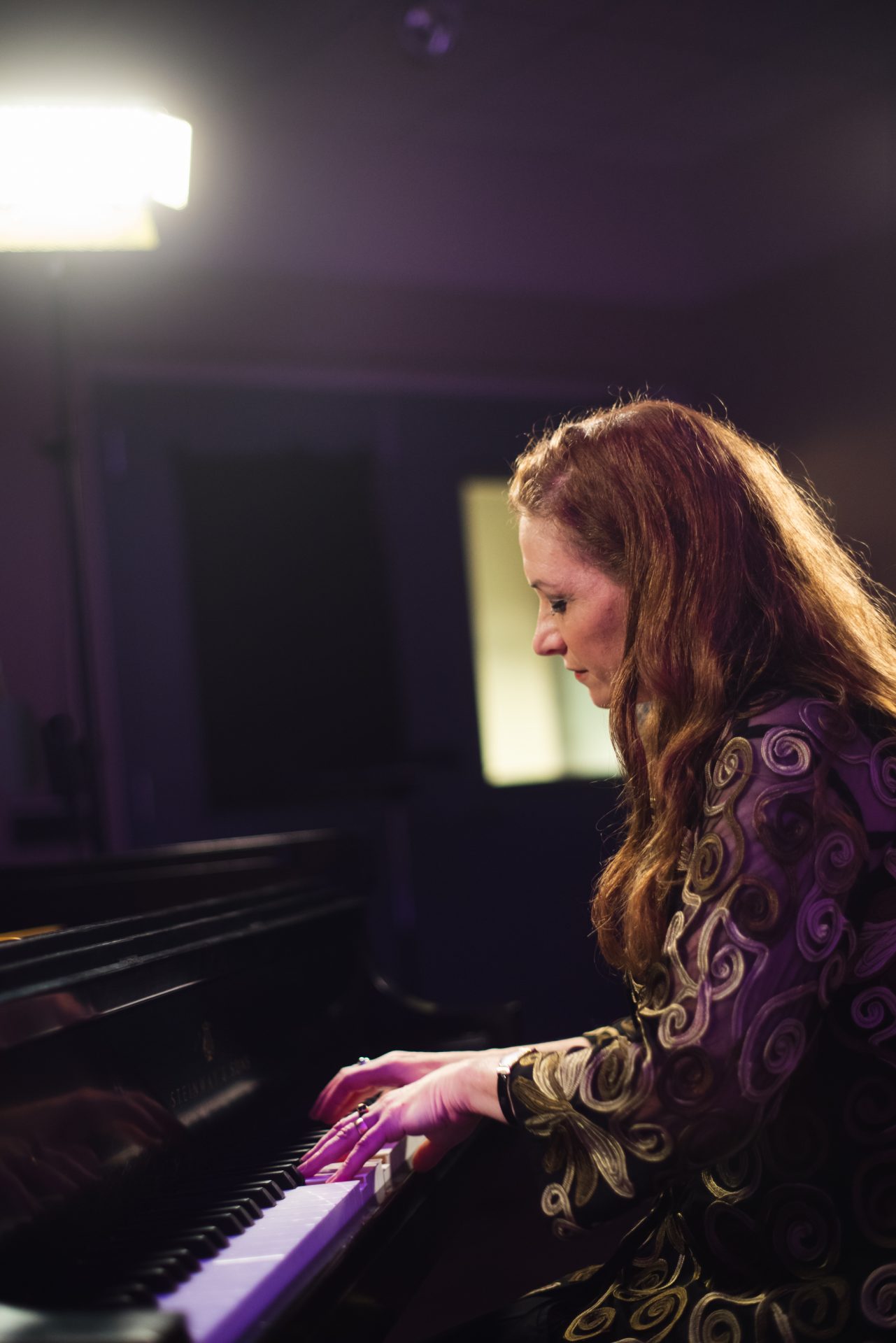