In this photo made on Saturday, March 3, 2012, a copper German-made industrial still is seen in the production area of Wigle Whiskey as Eric Meyer, right, and his father Mark Meyer move a homemade still they use for illustration purposes during tours of the distillery that currently makes rye and wheat whiskeys in Pittsburgh. The family-owned operation is named after Philip Wigle, one of the leaders of the Whiskey Rebellion in the 1790s.

“If we would order a cap for a bottle, normally we would receive that material in two to three weeks. That [now] has been pushed out to almost three months."

(Philadelphia) — Champagne to toast with. Whiskey for hot toddies. Booze plays a central part in many holiday celebrations. But distillers and manufacturers in Pennsylvania report that shortages of everything from glass bottles to labels to machine parts have gummed up the supply chain this year.

“Despite ordering glass bottles well in advance, that inventory sometimes took too long to be produced or get to where we needed it, so we had to contact other brokers,” said Alex Grelli, co-owner of Wigle Whiskey in Pittsburgh.

“If we would order a cap for a bottle, normally we would receive that material in two to three weeks. That [now] has been pushed out to almost three months,” said Bryce Menk, chief operating officer of Charles Jacquin et Cie., which manufactures cordials and spirits in Philadelphia.

At one point, Jacquin’s label supplier could not get a particular shade of ink. Without it, they couldn’t blend the colors they needed for any labels.

“Not only could he not service us, but he couldn’t service many customers,” said Menk. 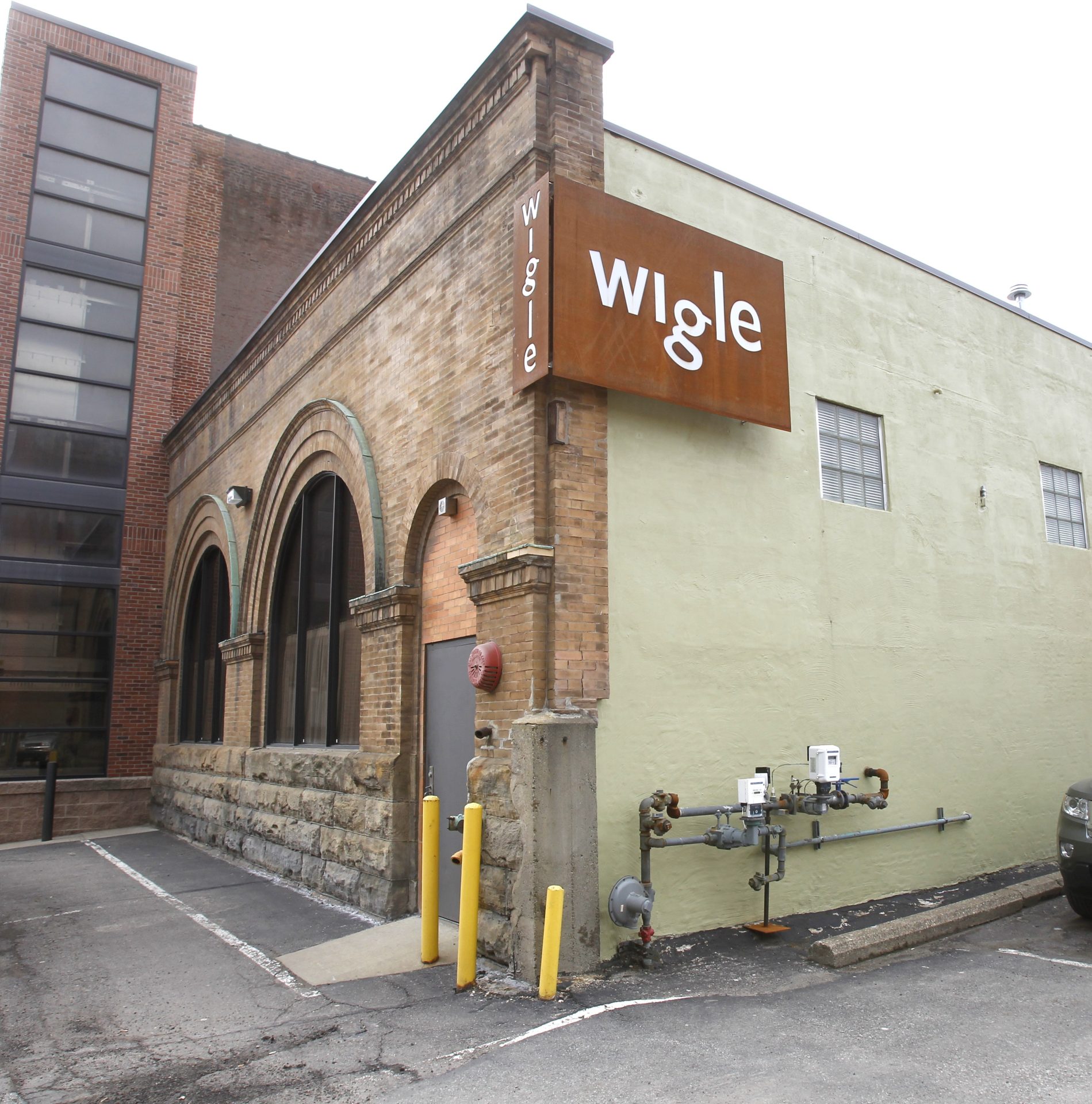 In this photo made on Friday, March 2, 2012, a steel sign is mounted on the corner of the Wigle Whiskey distillery in Pittsburgh’s Strip District.

The effect trickles down to restaurants and other businesses that depend on booze sales.

At a recent hearing held by Pennsylvania House Democrats, William Reed, co-owner of Standard Tap in Philadelphia, said collaborations he would normally do with local breweries and distilleries hit roadblocks this year.

“Nobody can get glass. That’s what’s holding us all up. We can’t actually bottle what we would create,” he said.

Supply chain issues are a fact of life during the pandemic. Alcohol manufacturing shows how lags in production, international sourcing, and increased demand collide and, in some cases, restrict what is available. As a result of these conditions, suppliers said they have wound up spending more, hoarding ingredients, and sometimes changing products altogether.

Wigle Whiskey comes in a round and heavy-bottomed clear bottle, sometimes called “nocturne” or “oslo.” When their regular supplier comes up short, they turn to a third party, which adds about 30% to 40% to the cost, said Grelli. Some botanicals — ingredients for herby booze such as gin or amaro — come from around the world, so the company has been stocking up to stave off shortfalls.

Gentian root and vanilla, for example, “come from across the oceans, and it can take a while for them to be replenished,” said Grelli. Planning ahead now means paying for more storage space to keep more ingredients on hand.

Supply issues also contributed to the bottle buying limits for some products imposed in Pennsylvania earlier this year.

Currently, state-run liquor stores are restricting sales of 37 products, after learning earlier this year that there would be no more shipments of certain items for the rest of 2021, said Liquor Control Board spokesperson Shawn Kelly.

That list includes products such as the 750-mL bottles of Don Julio Tequila Anejo and Dom Perignon Champagne Brut, as well as multiple sizes of Hennessy cognac. Customers may only purchase two bottles of any product with a limit at a time.

Some supply issues are pandemic-related, but others are simply part of the business. “All it takes is one disruption somewhere on the line” to hold up production, said Kelly.

He said he began hearing about shortages of glass bottles over the summer, but some supply-and-demand mismatches are years in the making. 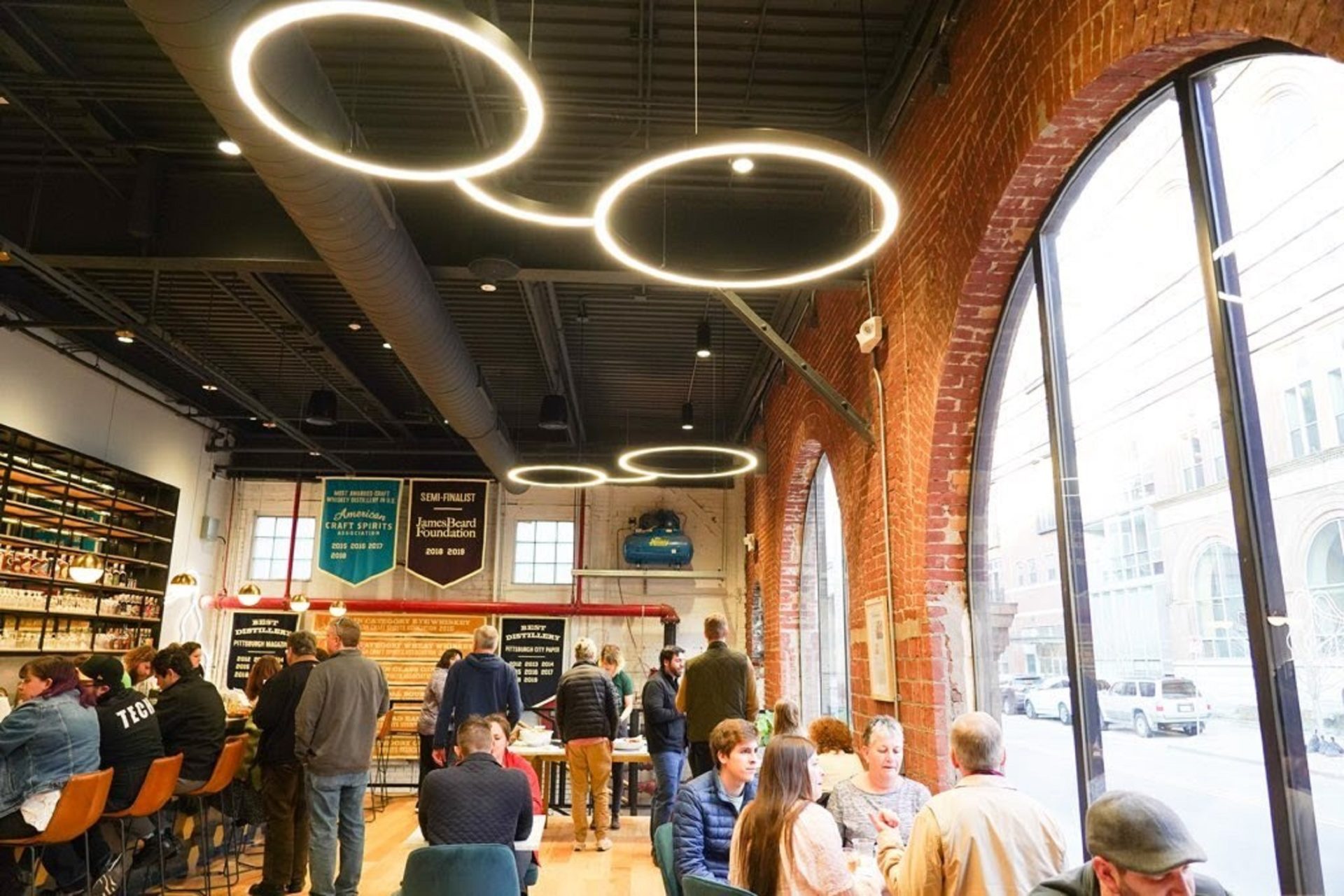 The interior of Wigle Whiskey in Pittsburgh. (

“Bourbons are aged for long periods of time. When you put the juice in the barrel 10 or 15 years ago, you might not have thought that there would be this incredible demand that far down the road,” he said.

As for cognac and champagne, one or two bad grape harvests in France can cause a ripple effect.

Even small state stores stock in the ballpark of 1,500 products, said Kelly, so shelves should not be empty. But if you want something in particular, his advice is “go out and shop early.”

Supply chain snarls are also colliding with a new pandemic reality: Americans have been drinking a lot at home.

Meeting that demand, while dealing with unpredictable or slow supply chains, is a big balancing act. Charles Jacquin et Cie., founded in 1884, has been trying to refresh its brand during the pandemic, eliminating some products to focus on others that sell better, said Menk. It has also tried to standardize its products, to make the components easier to source.

The overall goal is to stay in the game, during one of the biggest times in the year for liquid cheer.

“If you miss the holiday season, or a St. Patty’s Day … then the customers just only have the alternative, which is your competition,” said Menk.