Court to decide if Pennsylvania schools’ mask order is legal

Acting Health Secretary Alison Beam imposed the school masking mandate as COVID-19 cases were increasing and amid concerns about the surge of the delta variant.

(Harrisburg) — The legality of an order by Pennsylvania’s acting state health secretary that requires masks in K-12 schools and child care facilities will be decided by the state Supreme Court after the two sides argue their respective positions before the justices Wednesday.

The high court just last week ordered that the directive, which took effect in early September, remain in place while they consider a legal challenge from the state Senate’s highest ranking leader and others.

The masking order was set to expire last Saturday under a 4-1 decision by Commonwealth Court that acting Health Secretary Alison Beam lacked authority to require masks, did not follow state laws about enacting regulations and acted without a required existing disaster emergency declared by the governor in place.

The lower-court majority concluded Pennsylvania’s disease control law does not give health secretaries “the blanket authority to create new rules and regulations out of whole cloth, provided they are related in some way to the control of disease or can otherwise be characterized as disease control measures.”

Acting Health Secretary Alison Beam imposed the school masking mandate as COVID-19 cases were increasing and amid concerns about the surge of the delta variant.

In a filing last week on Beam’s behalf, the attorney general’s office said the masking regulations are authorized by the Health Department’s mandate to prevent and suppress disease in the most efficient and practical way. 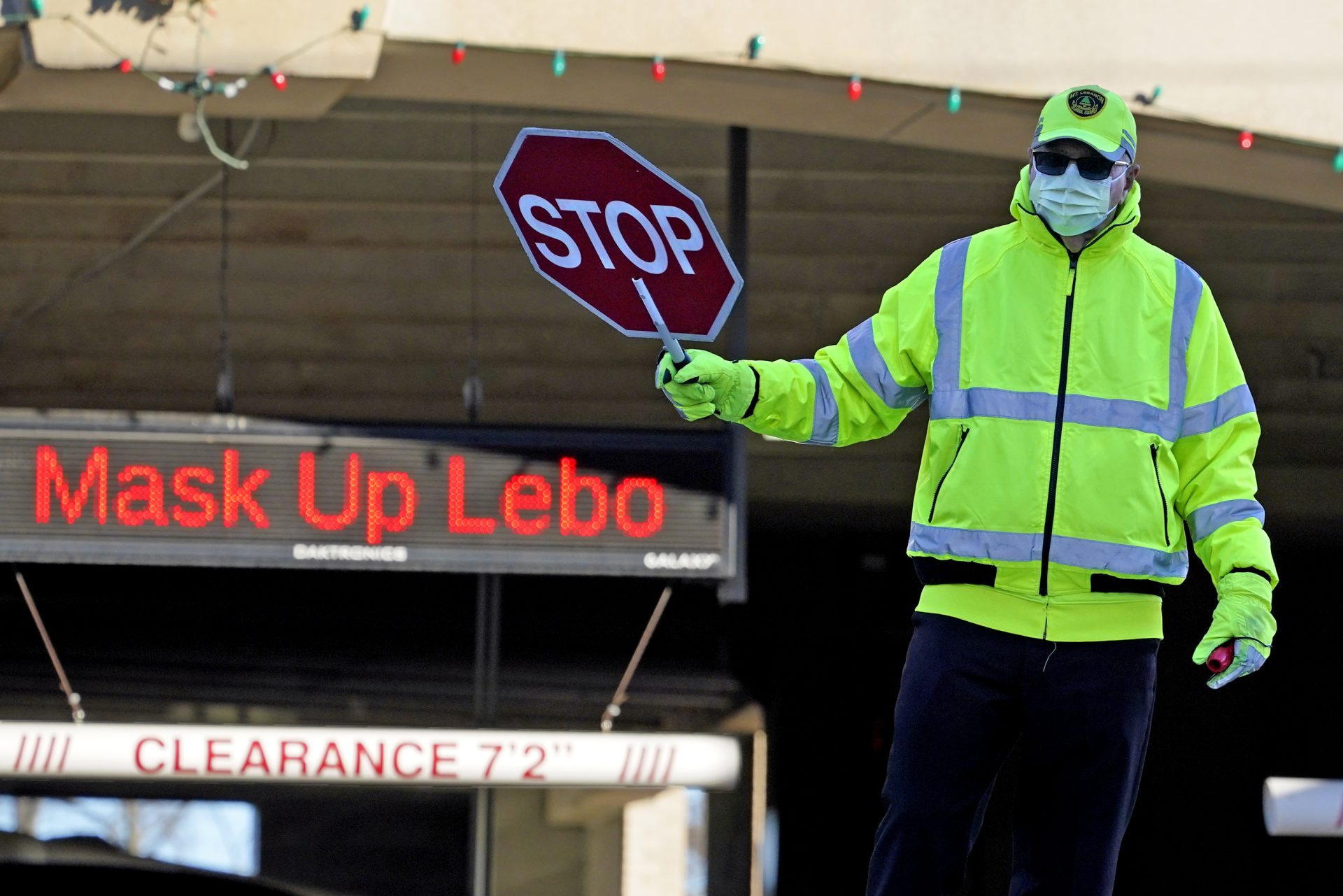 A school crossing guard works, Wednesday, Nov. 18, 2020, in Mount Lebanon, Pa., in front of a sign reminding people to wear a mask.

“During a pandemic, time is precious,” lawyers for Beam wrote. “The department must have the ability to quickly employ effective disease control measures.”

Beam “asked the Commonwealth Court to find that she had limitless authority to create and implement disease control measures at her sole discretion,” lawyers for Corman and the other plaintiffs said in a Nov. 30 brief. “The Commonwealth court correctly rejected this position.”

They told the court that nothing in Beam’s order can be found in existing regulations, except her reference to disease control measures.

“If that’s the case, then as long as any future secretary characterizes his or her order as a disease control measure, he or she is free to define new terms, procedures, obligations, etc., and impose the same on healthy, non-infected citizens of the commonwealth,” they argued.

In Beam’s response, her lawyers said “medical science constrains the (Health) Department’s actions,” and the litigants who sued don’t try to argue that the masking order isn’t based on good science.

“The department cannot issue orders … that wander outside its medical and public health expertise,” Beam’s lawyers told the court. They said health’s authority, “though necessarily broad, is far from limitless.”

Beam’s actions, the litigants say, left the public unable to voice their opinions, the General Assembly unable to review its legality or if it is necessary and violated state law.