Pittsburgh wide receiver Jordan Addison (3) evades Virginia cornerback Darrius Bratton (8) after making a catchy and takes it all the way for a touchdown during the second half of an NCAA college football game Saturday, Nov. 20, 2021, in Pittsburgh. Pittsburgh won 48-38.

The contest will pair two of the nation’s top units when it comes to those conversions: Wake Forest in making them, Pitt in stopping them. 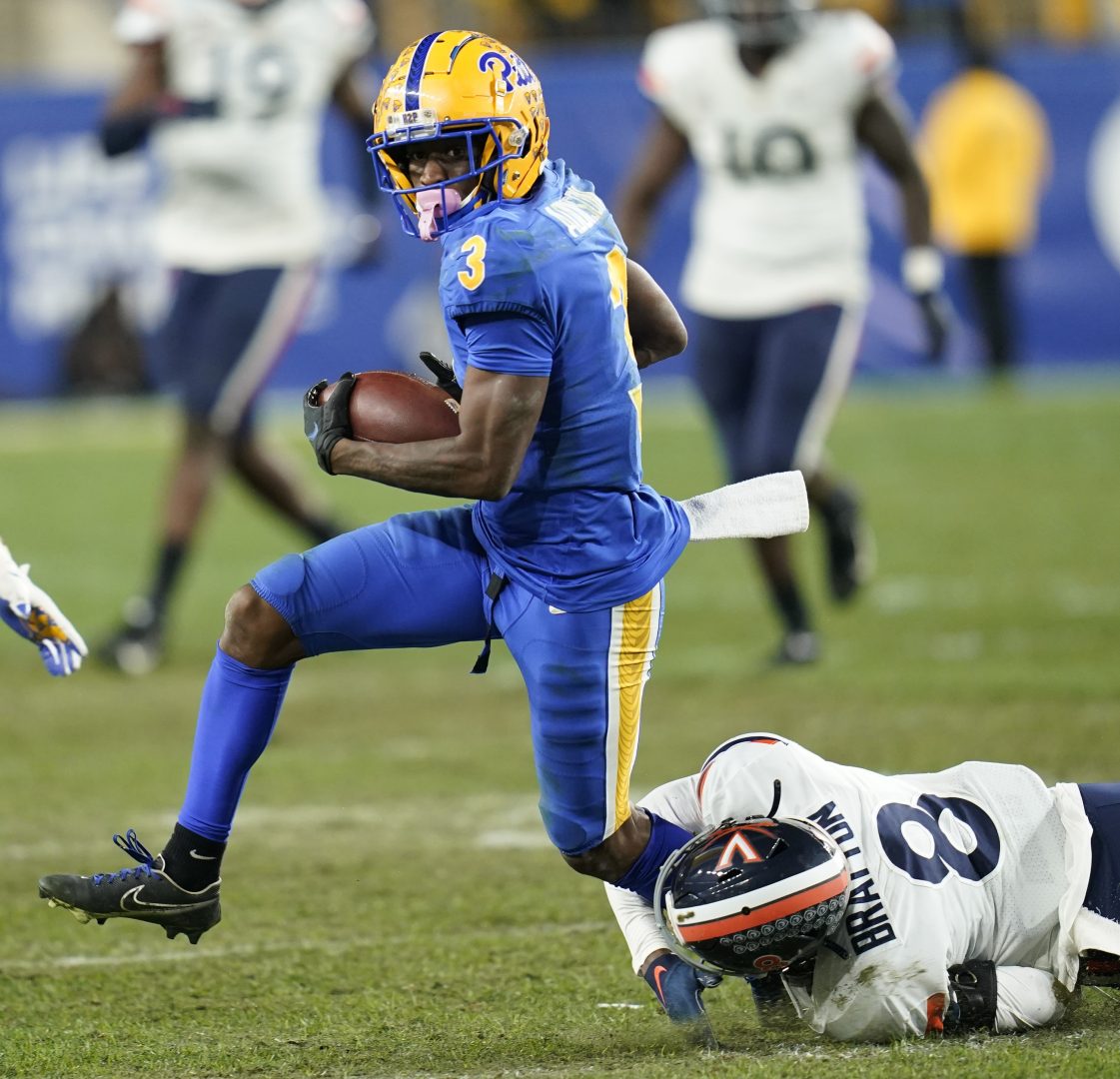 Pittsburgh wide receiver Jordan Addison (3) evades Virginia cornerback Darrius Bratton (8) after making a catchy and takes it all the way for a touchdown during the second half of an NCAA college football game Saturday, Nov. 20, 2021, in Pittsburgh. Pittsburgh won 48-38.

(Winston-Salem, N.C.) — Wake Forest has extended drives all year with a tempo-controlling offense that regularly responds with precision when it’s time to move the chains.

Pittsburgh’s defense keeps getting off the field with a knack for timely stops.

Third-down conversions will loom large in Saturday’s game between the 17th-ranked Panthers and 18th-ranked Demon Deacons in the Atlantic Coast Conference championship game. It will pair two of the nation’s top units when it comes to those conversions: Wake Forest in making them, Pitt in stopping them.

The Demon Deacons (10-2, 7-1 ACC) won the Atlantic Division with an offense that ranks tied for sixth in the Bowl Subdivision ranks by converting 50% of its third down chances. The Coastal Division champion Panthers (10-2, 7-1) have a defense ranked seventh in FBS by holding opponents to a 31.3% conversion rate. 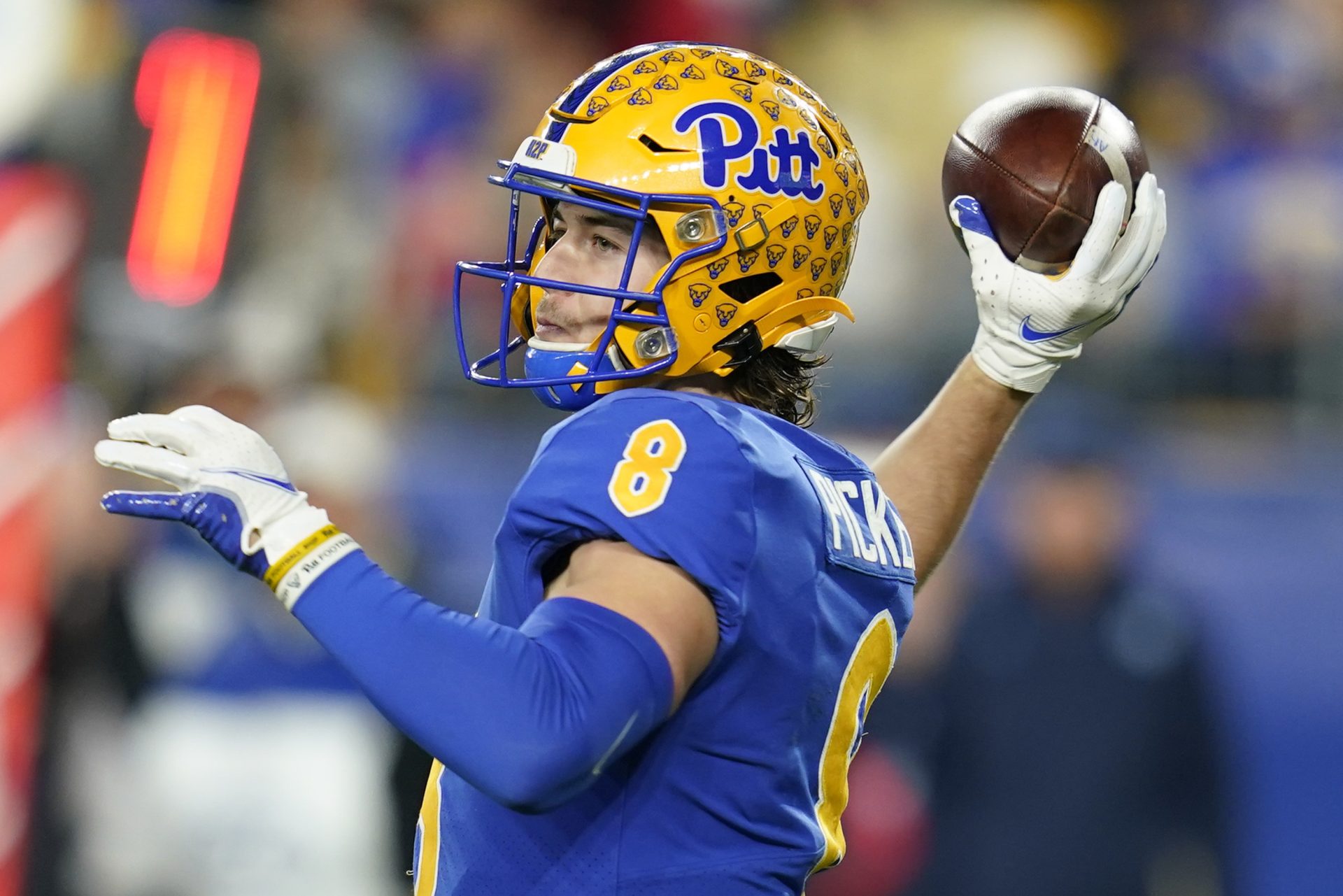 Pittsburgh quarterback Kenny Pickett throws a pass against North Carolina during the second half of an NCAA college football game Thursday, Nov. 11, 2021, in Pittsburgh. For the first time since the College Football Playoff was introduced in 2014, the ACC will not be part of the four-team elimination format.

In Wake Forest’s case, coach Dave Clawson credits having an experienced quarterback in Sam Hartman as well as smart offensive linemen and having good talent on the perimeter at receiver for Hartman to make a hurried throw. And he sees those conversions as part of an cumulative effort to wear down a defense.

“For us, because we’re a tempo offense, I really feel like we don’t get going on offense until we make that first first down,” Clawson said Tuesday.

“The games that we’ve struggled, we’ve had three-and-outs. It just seems like whenever we can make a first down or two and get in a rhythm, and we don’t sub. And we hope (referees) don’t let them sub, then we try to wear them down and their guys get tired – it’s always a good feeling when you make that first first down.”

Clawson calls it the “film-study down” for all the work required to prepare for every possible defensive look. And the Demon Deacons have done their homework, with a late drive against No. 21 North Carolina State illustrating that point in a critical moment in their Atlantic title march.

Protecting a 38-35 lead in a November matchup of the division’s top teams, Hartman and the Demon Deacons put together a 13-play, 75-yard drive that took 6:20 off the clock. They converted two third-and-longs on that drive, with Hartman finding Donald Stewart for a 12-yard pass on the first and then hitting Taylor Morin for 14 yards on the second.

Wake Forest also drew a pass-interference penalty on a third-and-13 drive a bit later in the drive, which ended with a short TD with 1:47 left.

“I think third down honestly comes down to discipline and execution, which are two things we really (take) pride (in) here,” offensive lineman Michael Jurgens said. 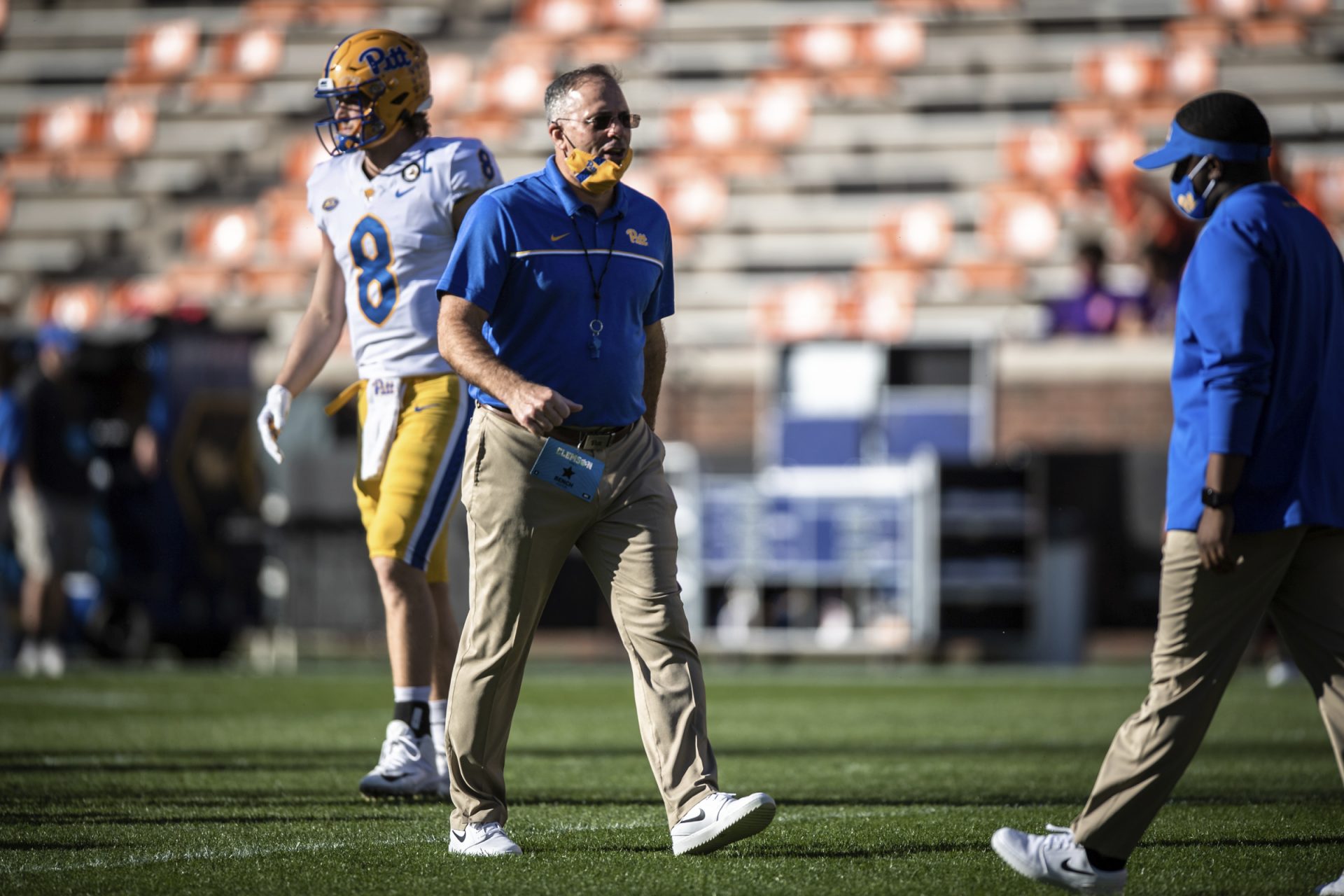 “Nothing surprises us, we’ve seen everything when it comes to it. And then it comes down to leadership and personal discipline of everyone just executing assignment. … If 11 guys do their job, with the way our offense is designed, we’re going to find the opportunity and capitalize it.”

On the other side is a defense that has routinely found ways to turn away strong offenses, such as holding North Carolina and NFL prospect Sam Howell at quarterback to 5 of 16 on third downs in a November win. It’s built around pressuring passers to rack up 46 sacks (second in FBS) fueled by a third-down package that Panthers linebacker Phil Campbell III called “Delta.”

If Pat Narduzzi’s Panthers are successful with it Saturday, that could derail the Demon Deacons’ high-scoring attack and give Pitt its first ACC title.

“We call it money down, because that’s where you make your money,” Campbell said. “Third down is huge. But you know, first and second down, we’ve got to get those first to get Delta on the field and to be in a passing situation so we can really get after them.”

AP Sports Writer Will Graves in Pittsburgh contributed to this report.