Workers handle cargo at the Port of Philadelphia, Thursday, Oct. 28, 2021. 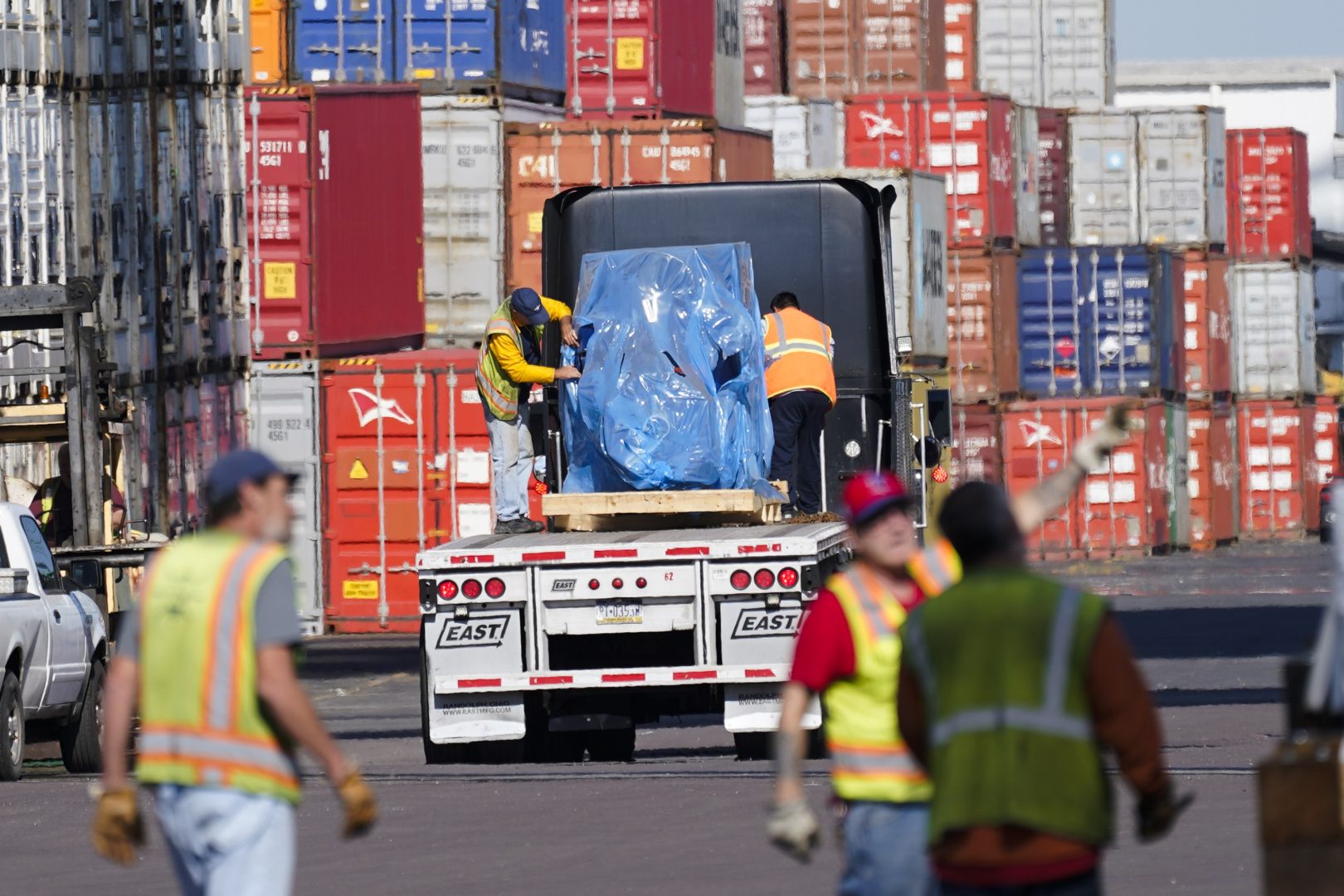 Workers handle cargo at the Port of Philadelphia, Thursday, Oct. 28, 2021.

This story has been updated to include comments from Norfolk Southern and CSX Corporation.

(Harrisburg) – Trucking and marine shipping experts say labor shortages and infrastructure issues are partially hampering the flow of goods in and out of Pennsylvania.

Representatives from both industries testified Monday at a hearing on state supply chain issues hosted by the House Democratic Policy committee. Republicans, who have their own Policy committee, were not invited.

Democrats wanted to find out whether people on the East Coast should expect delays similar to what’s happening at ports on the West Coast.

CBS’ 60 Minutes reports ships at a port in California are taking as long as nine days to unload when they usually would take just two.

The good news for Pa. is that delays at the Port of Philadelphia have so far been limited. Dominic O’Brien, the port’s Senior Marketing Manager, said workers typically handle more bulk and refrigerated freight than containers, which often carry highly-sought after retail goods.

“We’re not getting a lot of that type of…retail stuff: the computers and the clothes and the televisions,” O’Brien said. 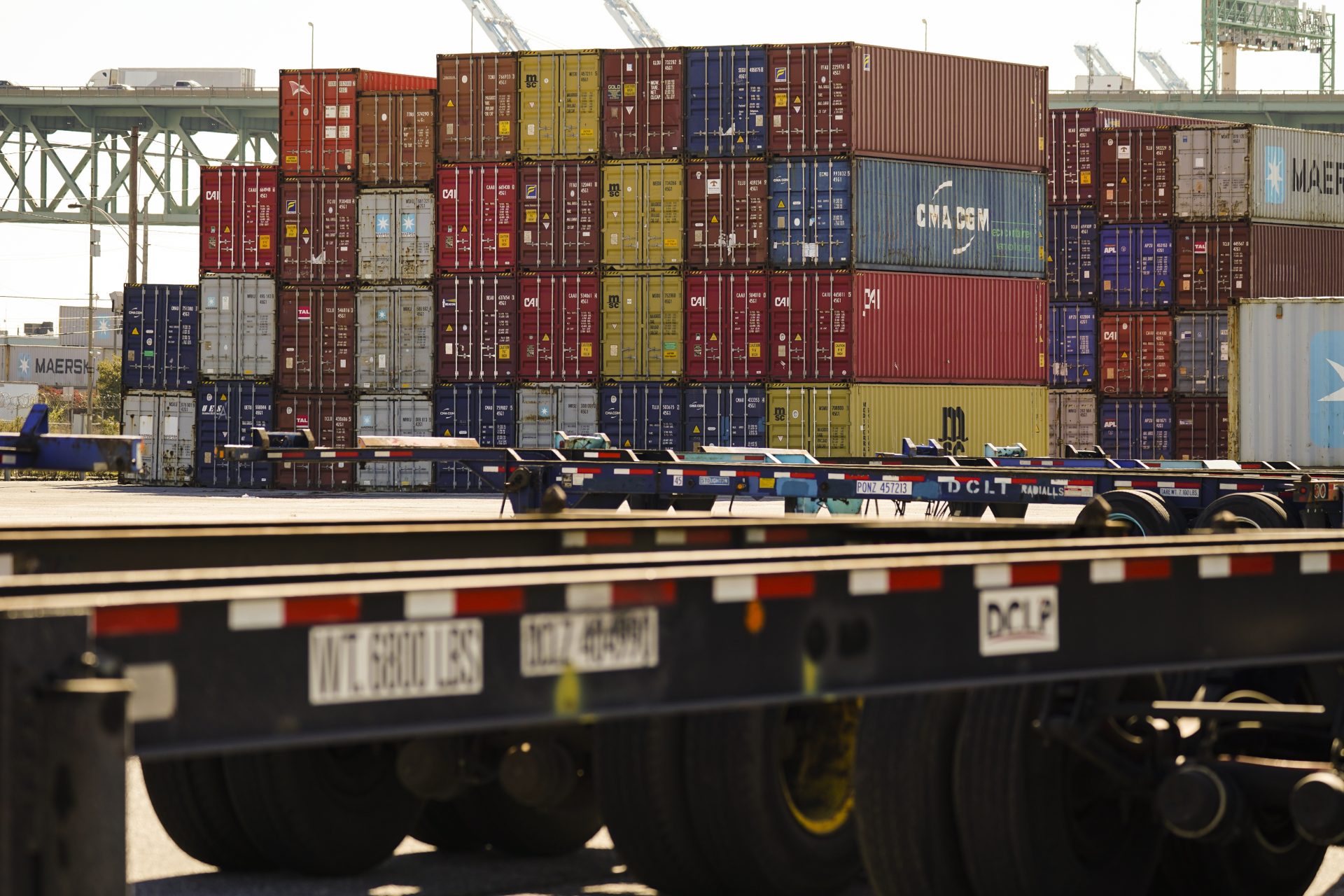 Shipping containers are stacked at Port of Philadelphia, Thursday, Oct. 28, 2021.

That has meant more space for containers when they do arrive. Executive Director Jeff Theobald said in a statement that the Port is on track to process 740,000 containers by year’s end — up 15 percent from last year. By contrast, the port in Long Beach, California has had to process 10 times that amount this year and has been recently running out of space.

But even though it’s steadily been handling more traffic than in past years, the Port said it could handle more if long-term issues weren’t in the way.

O’Brien said CSX Transportation, one of the railroad companies that services the port, cut back the number of inland destinations it travels to from Philly several years ago. PhilaPort also claims another company, Norfolk Southern, has not been using a rail yard it owns in the city.

“If they hadn’t made those cuts, we might have been able to handle this better,” O’Brien said. “It’s not like we can just open some taps and get a flood of new cargo.”

Norfolk Southern’s Regional VP for State Relations in Pennsylvania, Rudy Husband, pushed back on the Port’s characterization in a statement Wednesday. Husband is also one of the port’s Advisory Committee members.

“The yard referenced in South Philadelphia was converted into an automobile facility, complementing the Port’s auto terminal, and we’re proud that property today is a robust component of the region’s growing automobile distribution network,” said Husband. “We continue to value our position as a strategic partner for the Port and the region.”

CSX Director of Media Relations Cindy Schild said in a separate statement Wednesday the railroad reduced services in 2018 at what it called “under-utilized shipping lanes” in places like Philadelphia as part of an efficiency effort. But she added the company’s international business in and out of the port has recently increased.

“We also regularly engage with our customers and adjust our service schedules accordingly to meet shifting demand,” Schild said.

Theobald said access roads leading in and out of the port aren’t wide enough to keep goods flowing at a quick pace. He also pointed out that Maryland and Delaware have invested hundreds of millions of dollars more in their ports than Pennsylvania has since 2016.

At the same time, the state worked with the Army Corps of Engineers for more than a decade on a $400 million project to deepen the Delaware River basin to 45 feet so larger ships can dock in Philadelphia.

“Ours is a capital-intensive industry,” Theobald said. “If we are to compete, we will need to spend more. A lot more.”

Money to expand the state’s railroads and highways is included in the more than $1 trillion federal infrastructure deal reached earlier this month.

Those long-term issues at the port are now colliding with a more recent one: finding enough workers to keep the traffic flowing from truck chassis to ships and back again. At one point recently, 100 containers were sitting idle at a warehouse the port works with, because it didn’t have enough workers to unload them.

“Because we couldn’t get those containers and those chassis back to the Port, they couldn’t meet the ships, and so equipment flows – and thus supply chains – were adversely affected,” Theobald explained. 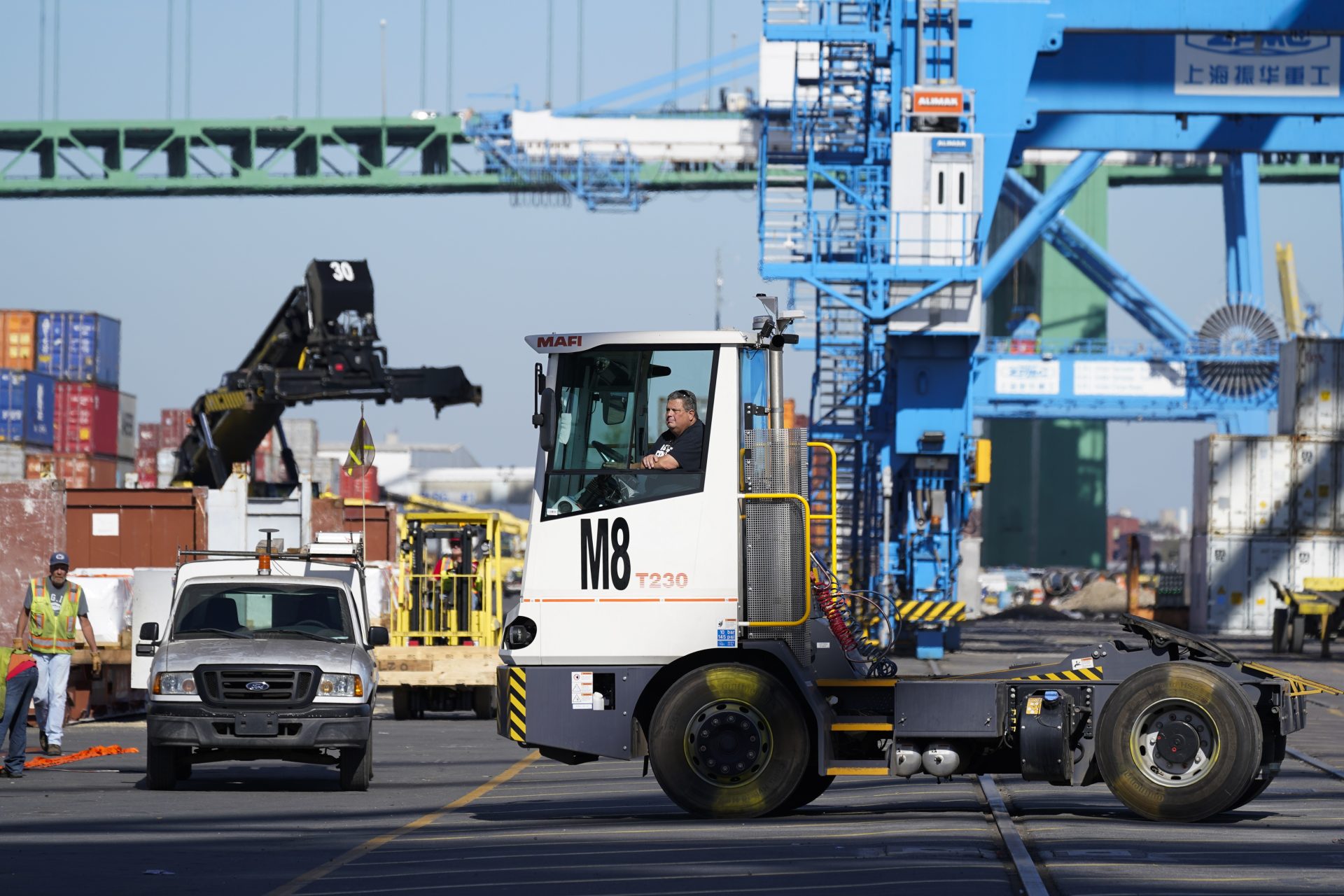 Dennis Hower, who heads the Teamsters Local 773 union chapter in Allentown, told the Policy committee there isn’t a shortage of truck drivers or warehouse workers. Rather, there’s a shortage of what he described as “good-paying, family-sustaining jobs.”

“During the pandemic, there [have been] workers who want these jobs, just not workers willing to work under exploitative conditions,” Hower said.

Chief among the conditions Hower’s union opposes are employers labeling some workers as independent contractors.

Since some drivers own and operate their own trucking equipment, they’re legally allowed to be paid differently and may not qualify for certain benefits. But in some cases, trucking employers have been known to misclassify drivers as independent even when that employer has control over when and how that driver works.

“They’re not compensated enough,” Hower said. “They’re not given status as employees [and] they don’t have access to worker’s compensation.”

The state Department of Labor and Industry collects complaints from workers who believe they’ve purposely been misclassified, a practice that isn’t allowed under Pennsylvania law.

Some companies are raising wages to keep up, including one Hower pointed to in Allentown that’s offering $15,000 signing bonuses to new drivers. But the union leader said offering more full-time jobs would be a better fix.

The Port of Philadelphia said some trucking companies it works with do hire a number of independent contractors. But other companies, as well as those that employ warehouse and dock workers, hire directly and are largely unionized.