FILE - In this Oct. 30, 2009 file photo, A SEPTA transit map is shown outside the Pattison subway station near the Wachovia Spectrum, left, and the Wachovia center, right in Philadelphia. A man accused of raping a woman on a commuter train outside Philadelphia while other passengers were present was ordered held for trial by a magistrate judge Monday, Nov. 29, 2021. (AP Photo/Matt Slocum, File)

Man charged in rape on Philadelphia train held for trial

(Philadelphia) — A man accused of raping a woman on a commuter train outside Philadelphia while other passengers were present was ordered held for trial by a magistrate judge Monday.

Fiston Ngoy, 35, is charged with rape and related offenses in the Oct. 13 attack on a Southeastern Pennsylvania Transportation Authority train that drew international attention. Police and other authorities had initially said that bystanders on the train should have intervened, but later said many of those passengers likely did not understand or realize that a rape was happening on the train.

The Philadelphia Inquirer reported Ngoy’s attorney argued during Monday’s hearing that prosecutors had not offered evidence that his version of events — that it was a consensual sexual encounter — was not correct. But a prosecutor likened the alleged attack to a scenario seen at colleges where a passed out person is taken advantage of. 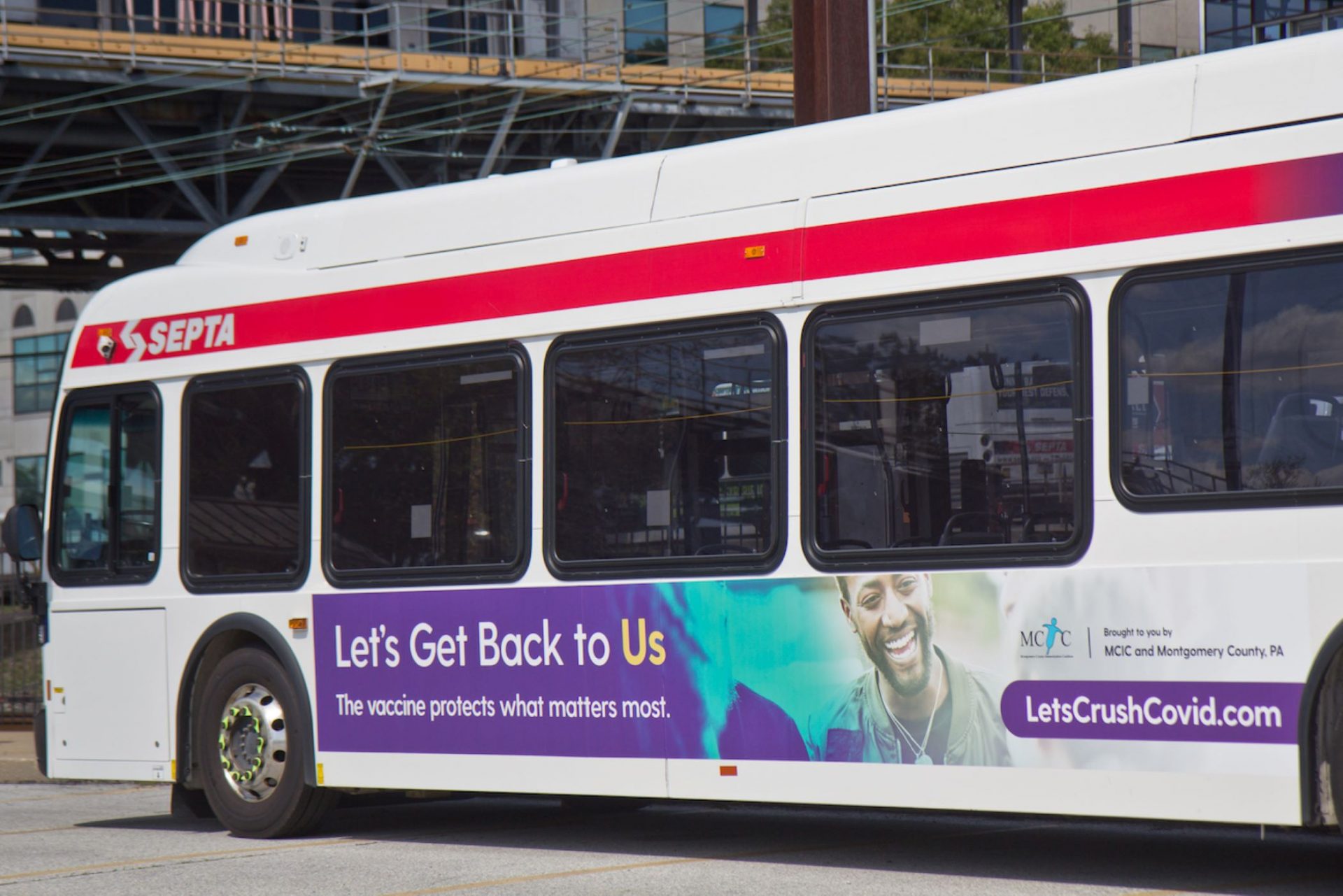 A new ad is running on SEPTA buses encouraging Montgomery County residents to get the COVID-19 vaccine.

The woman, whose name was withheld, testified in court Monday saying she had drank a few beers before boarding the train. She said Ngoy kept pushing himself on her and she had tried to push him away before she blacked out.

Investigators said surveillance video showed the woman try to push Ngoy away several times over the course of a 40-minute train ride before the attack. Police say Ngoy ripped the woman’s pants off about six minutes before the train stopped at the 69th Street terminal in Upper Darby and police arrested him on the train car.

Ngoy was being held on 10% of $180,000 bail and is scheduled to be arraigned in county court in January.

The hearing was prompted by a series of high-profile altercations including an attempted sexual assault at the 69th Street Terminal later in October and a filmed attack on Asian American students that led to assault and ethnic intimidation charges against four juveniles.

At the hearing, SEPTA officials said the police department has more than 40 open officer positions, leaving about 213 active officers.

But representatives from the officer’s union said many officers call out some days, leaving the department even more short-staffed. Union representatives balked at SEPTA plans to hire contractors and private security officers to work at stations and fill the gap.

“You would be better off taking that money outside and setting it on fire,” said Omari Bervine, President of the local Fraternal Order of Transit Police lodge, who urged the transportation authority to invest in the police department.

SEPTA officials also touted programs that pair nursing students, social workers and other service providers with transit workers or transit police to intervene in situations with homeless individuals, people who may need addiction services and people who may need mental health interventions. Officials also said they were looking at a program that would put graduate students studying child psychology on trains during school dismissal times.

A handful of council members asked for a larger uniformed police presence, and argued both the private security officers and the intervention workers would not be able to intervene in violent altercations.