No. 12 Michigan State looks to rebound vs. Penn State 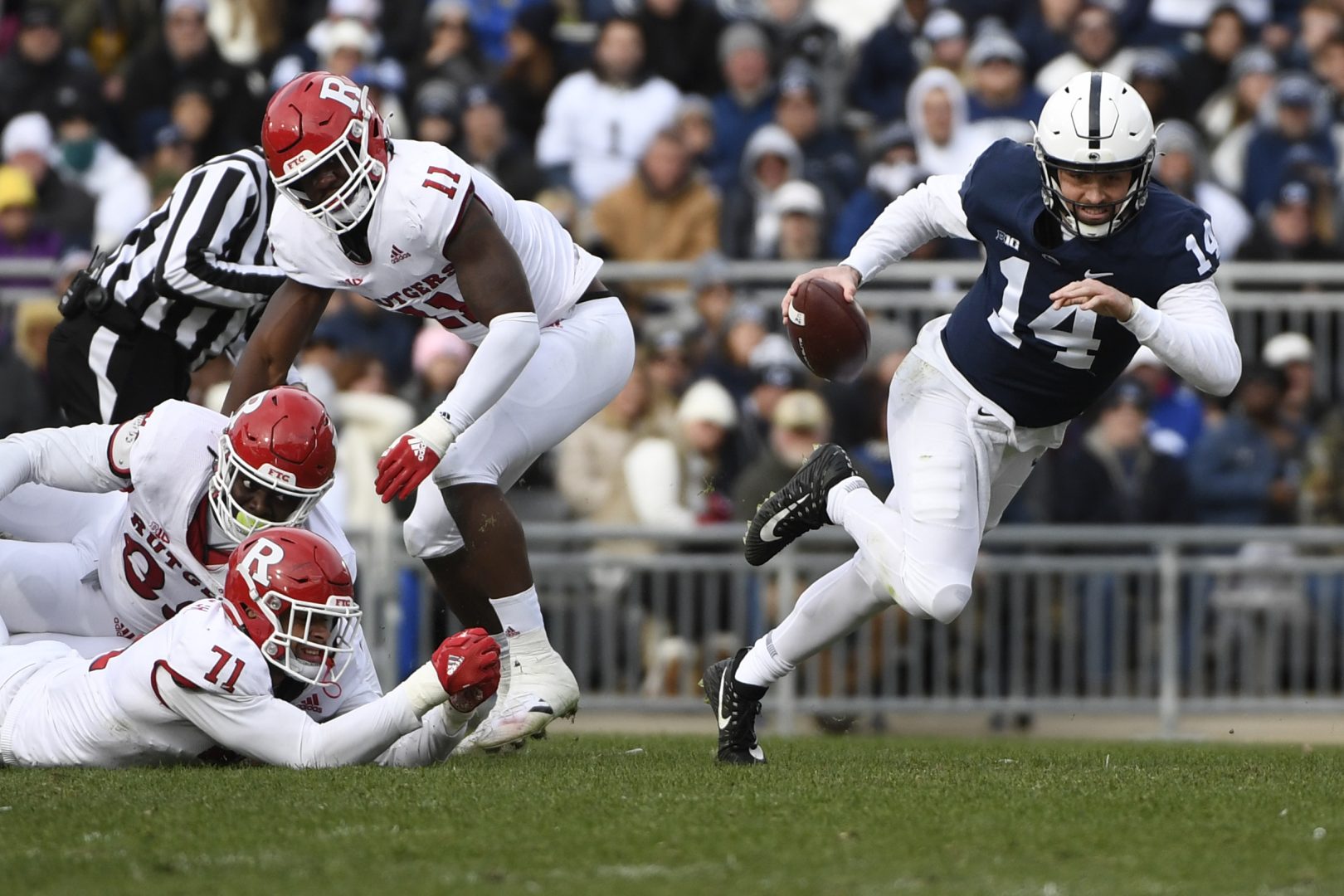 The Spartans can improve their chances of playing in a New Year’s Day bowl, and can also clinch a 10-win season for the first time since 2017. The Nittany Lions will look to enhance their bowl resume by defeating a ranked opponent for the third time this season. But they’ve lost their last three games against ranked opponents in No. 3 Iowa, No. 5 Ohio State and No. 6 Michigan.

Penn State QBs Sean Clifford and Christian Veilleux vs. Michigan State’s secondary. Clifford has 17 passing TDs and has thrown for 360 or more yards on three occasions this season. Veilleux had three TD passes against Rutgers last week in relief of Clifford, who was experiencing flu-like symptoms. They’ll face a Spartans secondary that has been repeatedly shredded. Michigan State is giving up an average of 339.9 passing yards per game, including 432 yards and six TDs to Ohio State’s C.J. Shroud last week.

Penn State: WR Jahan Dotson. He has been a playmaking machine for the Nittany Lions this season with 83 receptions for 1,045 yards and 10 TDs, including an 11-catch, 242-yard, 3-TD outing against Maryland on Nov. 6. He faces the Big Ten’s worst passing defense, which has allowed 340.8 yards per game and 18 TDs in Big Ten contests.

Michigan State: QB Payton Thorne. The status of RB Kenneth Walker III and top WRs Jayden Reed and Jalen Nailor is uncertain due to injuries. That puts even more pressure on Thorne to deliver a big performance, regardless of who’s available. He’s thrown for 4 TDs three times this season but was limited to 158 yards passing by Ohio State last week.

Walker ranks second in the FBS in rushing, averaging 136.2 yards per game. … The Spartans are seeking to go undefeated at home for the first time since 2015. … The Spartans have won five of the last eight meetings and are 10-6 against Penn State in East Lansing. … Nittany Lions punter Jordan Stout is 11th nationally with a 46.4 average per punt. … Penn State notched 10 tackles for loss and four sacks in a 39-24 win against the Spartans last year. … DE Arnold Ebiketie leads the Big Ten and is second among Power Five players with 16 tackles for loss.

Kickoff is this afternoon at 3:30 in East Lansing, Michigan.