Penn State looks to finish strong against No. 12 Michigan State

The Nittany Lions are coming off a 28-0 blanking of Rutgers in its home finale. They had lost four of their last five games. 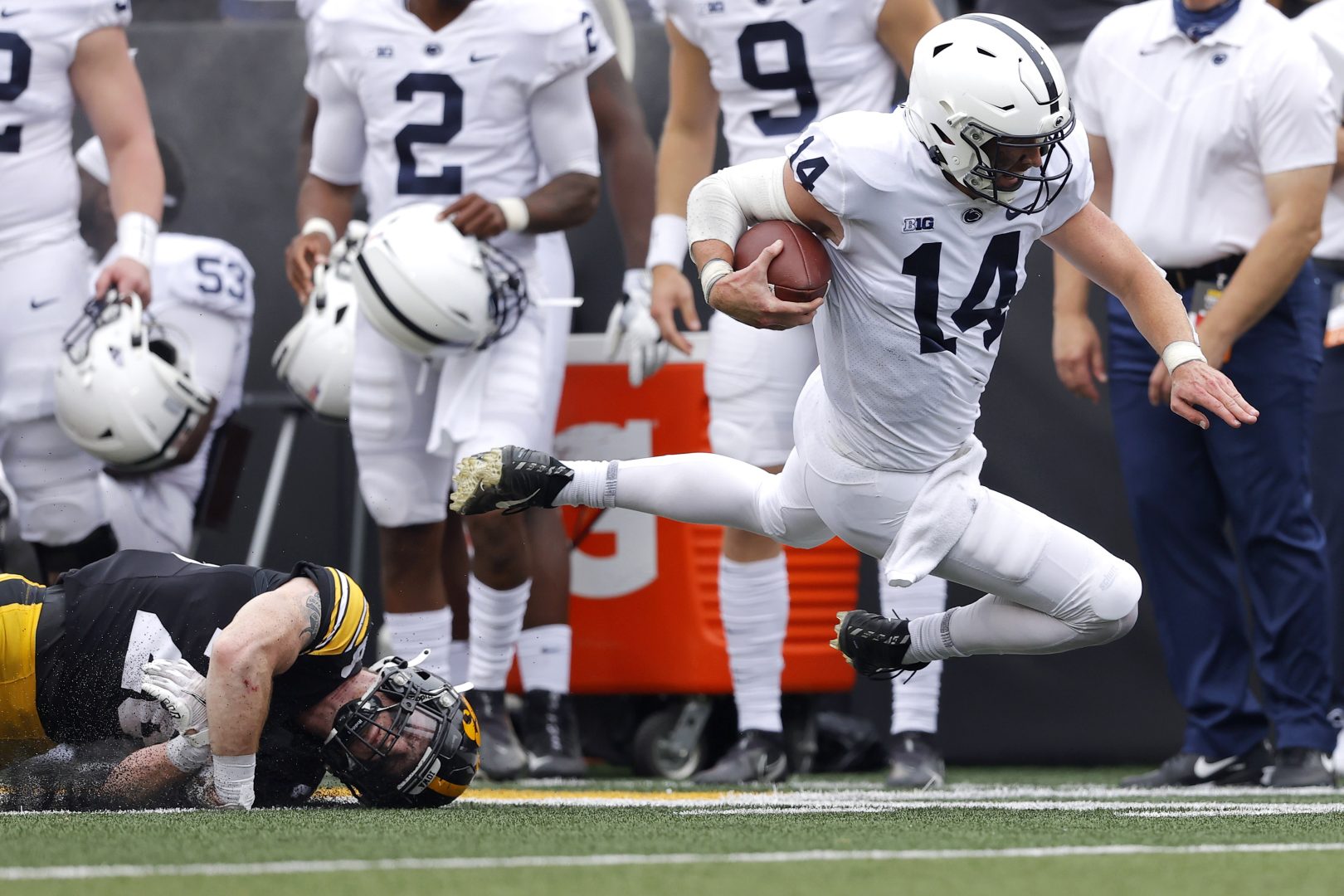 “It was tough to watch and see the things that happened,” he said of the 56-7 road loss to the Buckeyes. “It was really frustrating to watch that game. A lot of stuff to learn from. You can keep that memory stored for a long time.”

The 12th-ranked Spartans saw their hopes for a College Football Playoff berth and a Big Ten championship dismantled in Columbus. They’ll be seeking a quick turnaround when they host Penn State on Saturday.

The Spartans (9-2, 6-2 Big Ten), who won their first eight games, trailed 49-0 at halftime last week and were held below 20 points for the first time this season. Coach Mel Tucker believes his team will respond with a spirited effort.

“We have a lot to play for on Saturday,” said Tucker, who landed a 10-year, $95 million deal this week. “We have a significant amount of seniors, some of whom have been here six years. We want to make it a special day for them. We have an opportunity to win 10 games and to go undefeated in the Wood Shed (Spartan Stadium) in front of our fans.”

Michigan State wasn’t expected to be a contender this season but that hasn’t made its late-season sag any less painful.

“We didn’t expect to win four games,” Thorne said. “That wasn’t our plan. Our plan was to win and win now. We’ve won nine games this year and we’re looking to win 10 on Saturday and send our seniors out the right way.”

Penn State (7-4, 4-4) is coming off a 28-0 blanking of Rutgers in its home finale. The Nittany Lions had lost four of their last five games.

Penn State will try to exploit a Spartans pass defense that has allowed an average of 339.9 yards per game.

“The numbers do matter,” Nittany Lions coach James Franklin said. “But you have to play your game plan and you have to stay balanced because if you try to become something on Saturday that you haven’t been throughout the season, then you’re going to get out of whack.”

Michigan State junior running back Kenneth Walker III has been named one of three finalists for both for the Maxwell Award and the Doak Walker Award.

Walker ranks second in the FBS in rushing, averaging 136.2 yards per game, but he was held to 25 rushing yards on six carries last week at Ohio State. He suffered an undisclosed injury and his status for Saturday’s game was questionable. 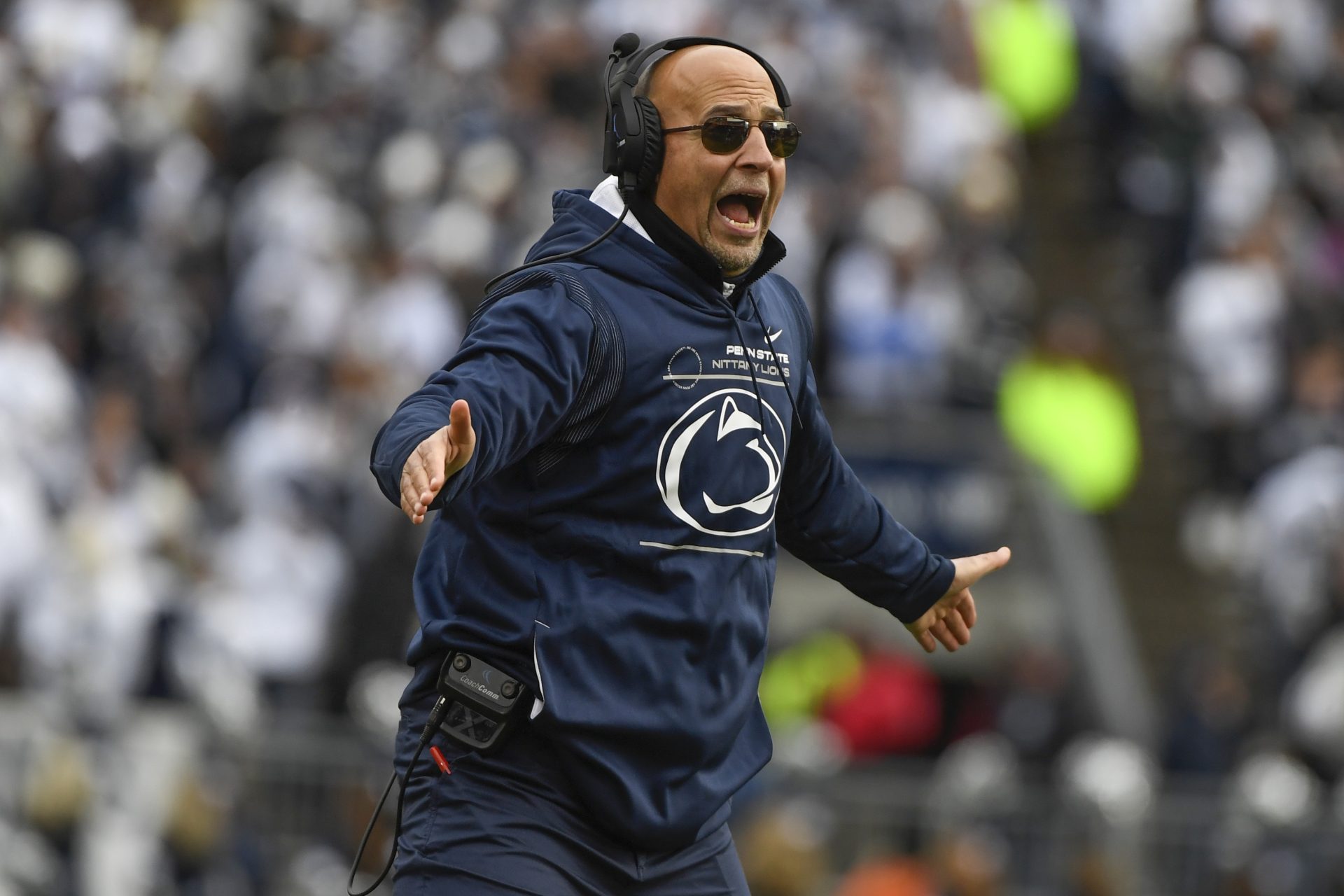 There was plenty of speculation regarding Penn State coach James Franklin’s job security after a disappointing Big Ten season. That was put to rest when Franklin agreed to a 10-year contract extension to remain the head coach through the 2031 season.

“We have made, and will need to continue to make, significant investment in our football program because we believe we have a very bright future under James,” Penn State AD Sandy Barbour said.

Franklin is 67-32 as the Nittany Lions’ head coach,

The Nittany Lions dealt with a flu bug last week that Franklin hopes has run its course. He watched as sick players had to leave team meetings. Others needed IV treatments right up until the coin flip of last week’s game against Rutgers. All together, about 35 players missed most of last week’s practice or weren’t available for the game.

“I think we’re most definitely moving past that,” Sutherland said.

Quarterback Sean Clifford missed warmups before trying to play through the illness. He wasn’t effective and quickly agreed when Franklin opted to go with freshman Christian Veilleux midway through the first quarter.

Clifford, though he wasn’t feeling 100% earlier this week, should be recovered by Saturday to make what could be his final regular season start. He hasn’t decided if he will return next season.

The Spartans struggled to score against the Buckeyes and will have another tough test.

The Nittany Lions rank first in the Big Ten and fourth nationally, having held opponents to just 15.5 points per game. They’ve been particularly stingy in the red zone where offenses have been held scoreless on 14 of 37 trips.

Pennsylvania’s child care and staffing crisis, by the numbers