FILE -A resident from the Alexandra township gets tested for COVID-19 , in Johannesburg, Wednesday, April 29, 2020. A new coronavirus variant has been detected in South Africa that scientists say is a concern because of its high number of mutations and rapid spread among young people in Gauteng, the country's most populous province.

Known as B.1.1.529, it reportedly has twice as many of the mutations displayed by the Delta variant, which became the dominant variant in most of the world over the summer.

(Washington) — Virologists are rushing to learn more about a variant of the Covid-19 virus that was first identified in Botswana, and which is rapidly outcompeting other versions of the virus in the region of South Africa that includes Johannesburg.

The variant, currently denominated B.1.1.529, reportedly has twice as many of the mutations displayed by the Delta variant, which became the dominant variant in most of the world over the summer.

It’s not clear yet whether the mutations make this variant more infectious or whether it causes more severe illness, but researchers say the high number of mutations to the “spike proteins” — the focus of a body’s immune response — may make it more able to get past the body’s defenses. 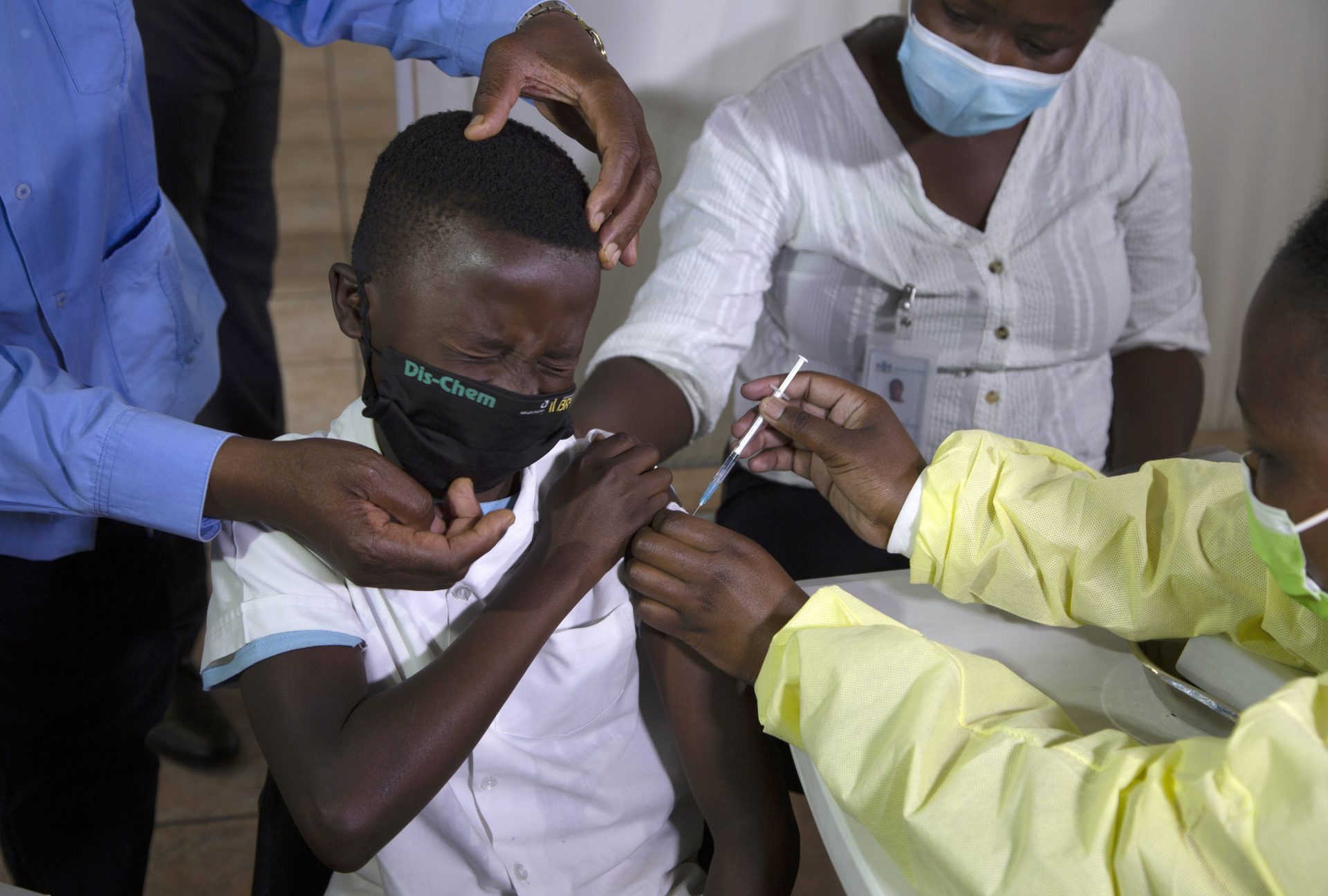 A child winces as he receives his Pfizer vaccine against COVID-19 in Diepsloot Township near Johannesburg, Thursday, Oct. 21, 2021.

Despite the spread of this variant, the number of Covid-19 cases in South Africa is still well below the Delta surge earlier this year. But numbers are beginning to tick up again.

Until more is known about the variant, health authorities in the United Kingdom are taking the precaution of cancelling flights from the six countries in southern Africa, adding them to the country’s “red list” for travelers.

The World Health Organization has called an emergency meeting on Friday to discuss the variant. If it’s determined to be of special interest or concern, it’s likely to be named “Nu,” the next Greek letter in the current naming scheme.