A worker posts placard for a COVID-19 vaccination clinic at the Reading Area Community College in Reading, Pa., Tuesday, Sept. 14, 2021.

On Tuesday, the Centers for Disease Control and Prevention reported that 73.7% of commonwealth residents who were 18 or older had passed this mark. On Wednesday, the day before the holiday weekend, that number was adjusted to 68.9% — a difference of more than 488,000 adults.

It’s unclear exactly how the error occurred. Pennsylvania’s health department sends its data to the CDC, but the state says it continues to refine its data and remove duplicate information, a process it started in July.

“On Nov. 23, the CDC began to rectify their data to match Pennsylvania COVID-19 vaccine data and we anticipate the CDC to go through a similar process with other states across the country,” said a statement from the department. 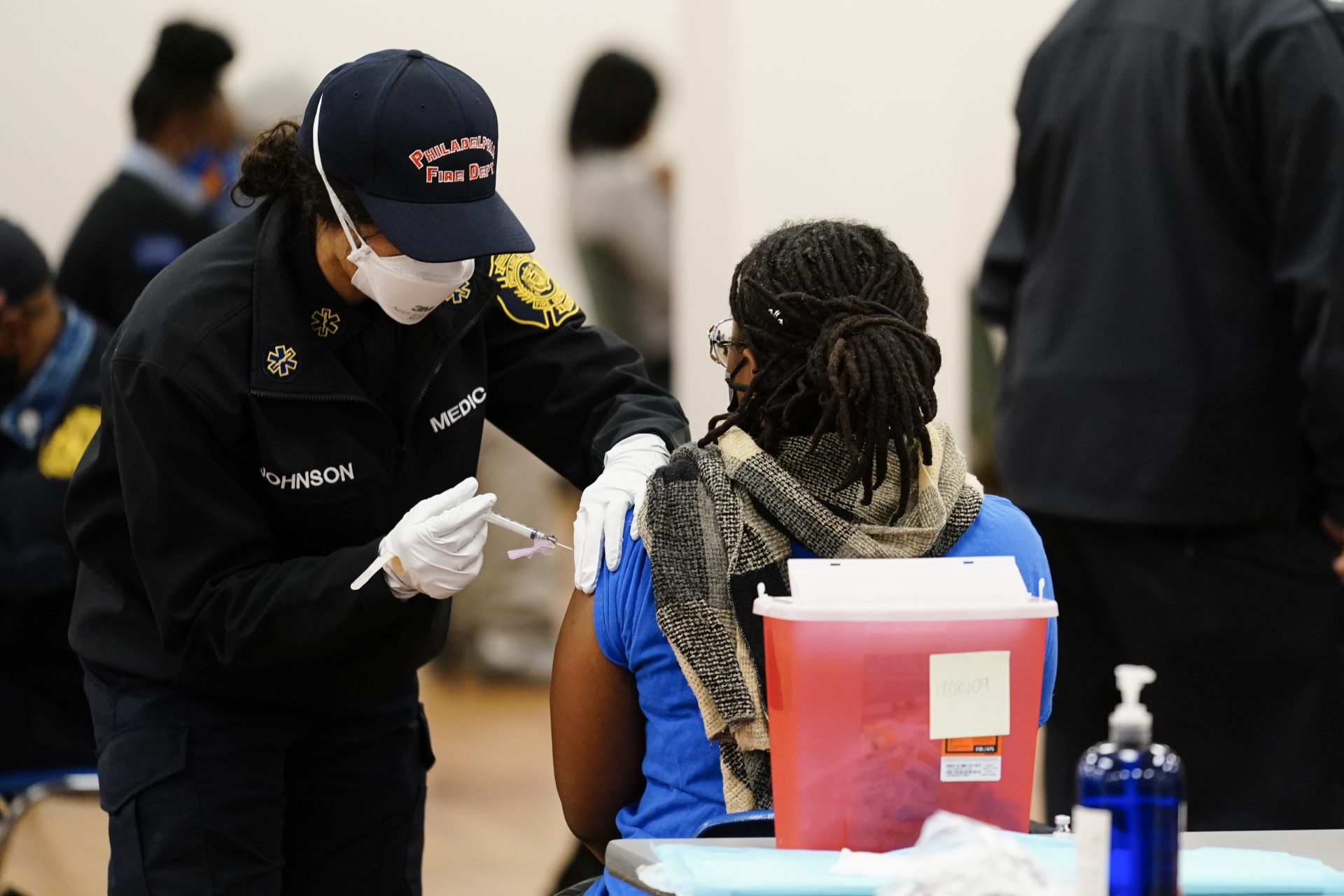 Despite ongoing discrepancies, Gov. Tom Wolf said last month that the state had reached a milestone after the CDC erroneously reported that 70% of Pennsylvania adults were fully vaccinated.

Data collection for vaccination numbers is a challenge. To determine how many people are fully vaccinated, the CDC must compile data from multiple sources. For one thing, Pennsylvania’s health department data excludes Philadelphia, which runs its own vaccine distribution program and reports its numbers separately. This will inevitably cause some duplication.

Also absent from the state’s numbers are those who were vaccinated at federal facilities, such as Veterans Affairs hospitals or prisons. Residents who received some or all of their shots in another state will possibly be missing as well. Furthermore, it can be difficult to determine which shots are first, second or booster doses.

The state has been doing a lot of work on their data recently – a lot of our feeds are temporarily broken as a result. There are issues that come from matching people across doses, incorporating records from out of the area, unreported data on race & ethnicity, etc.

This is not the first time inaccurate vaccine numbers have been published. Earlier this month, the CDC drastically overcounted the number of people who had received their first doses.

A similar thing happened this summer when data reconciliation resulted in the total number of first doses dropping by about 500,000, while those who were fully vaccinated grew by 60,000.

Part of the issue is that public health disease surveillance systems “weren’t built to handle the stress of a pandemic,” said a tweet from the Western Pennsylvania Regional Data Center.