(Philadelphia) — Republican Drew Crompton has conceded to Democrat Lori Dumas in a close race for a Pennsylvania Commonwealth Court seat.

Dumas, a Philadelphia Court of Common Pleas judge, will become the sole person of color on the 10-member court. That makes her just the second out of 31 judges on all three Pennsylvania appellate courts, joined by Superior Court Judge Carolyn Nichols.

Dumas wasn’t immediately available to comment, but Democrats celebrated the confirmation of her victory. The state Democratic party noted that Dumas “is the only Pennsylvania candidate, of either party, to flip a statewide judicial seat this year.”

Crompton, a longtime state Senate GOP lawyer, was appointed to the court by Democratic Gov. Tom Wolf in 2019 to fill a vacancy. This was his first test at the ballot box, and he announced his concession on Twitter, saying he extends his “sincere congratulations” to Dumas and the other three judges who had won seats.

“Our state election process needs improvements but that shouldn’t diminish the victories achieved,” he wrote. “It has been an honor serving as a Commonwealth Court Judge.”

Crompton’s concession came a day before the Pennsylvania Department of State was slated to formally finish its automatic recount — which is triggered by any race in which candidates finish with 0.5% or less of the vote between them. Counties had already submitted their recount results to the DOS.

Results for the other three open appellate court seats had been decided closer to the Nov. 2 election. 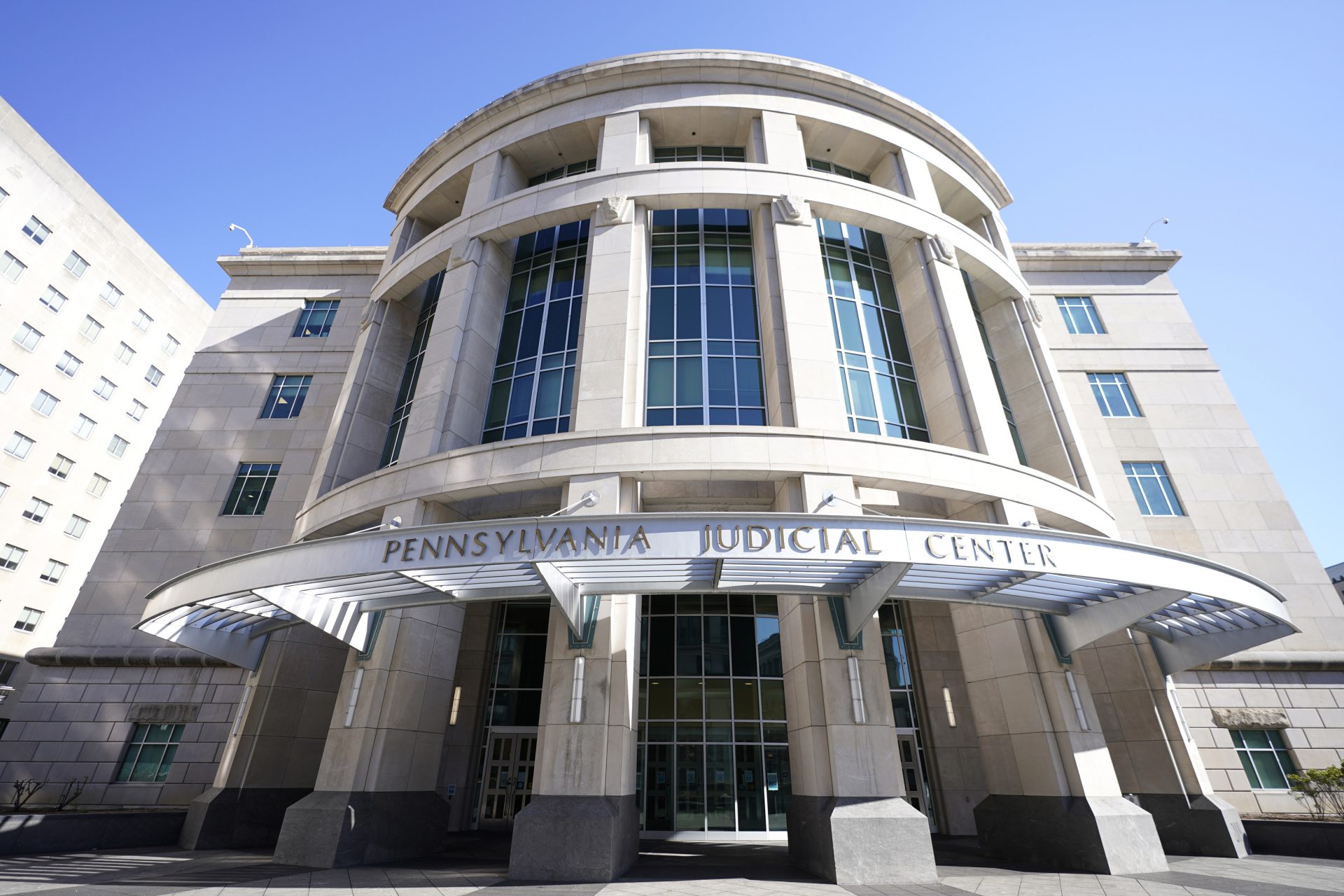 A general view of the Pennsylvania Judicial Center, home to the Commonwealth Court.

In the Pennsylvania Supreme Court race, Republican Commonwealth Court Judge Kevin Brobson beat Democratic Superior Court Judge Maria McLaughlin, maintaining the GOP deficit at two seats to Democrats’ five. McLaughlin will stay on the Superior Court, while Brobson’s departure from his current seat will open another vacancy on Commonwealth Court that will need to be filled by appointment.

In the commonwealth’s current election system, in-person votes tend to be counted quickly, with mail ballots trickling in later because they take longer to tabulate, and the law doesn’t allow counties to start processing them until Election Day.

In both 2020 and 2021 elections, in-person votes have tended to skew toward Republicans while mail votes generally skew Democratic, creating situations where it has appeared Republicans have wide leads on election nights, but Democrats close the gap as more mail ballots are tabulated.

That happened in the Commonwealth Court race.

On election night, it looked like all the statewide judicial races would be won by Republicans. Some news outlets prematurely reported a clean GOP sweep. But the margins proved to be narrower as counties tabulated all of the ballots. Large, liberal-leaning Montgomery County was especially slow due to printing and scanner errors.

Wanda Murren, a spokeswoman for DOS, estimated the recount in the Dumas/Crompton race cost at least $1.3 million in taxpayer money. It was the sixth recount triggered in a statewide race since 2004, when the process was made automatic.

Only two of those previous five automatic recounts have actually taken place. Murren notes an apparently losing candidate does have the power to waive a recount if they choose. That happened in 2010, 2017, and most recently in a 2019 Superior Court race.

In the cases where recounts did happen, they confirmed the original results. The same went for Crompton’s and Dumas’ races.