Taxpayers will pony up $270,000 to Envoy Sage, which says it has exposed “fraud among non-governmental organizations.” Little else is known about the group.

(Harrisburg) — More than a year after Joe Biden won the presidency, Pennsylvania Republican lawmakers in the state Senate on Friday announced they had signed a contract with Iowa-based Envoy Sage to lead their investigation of the 2020 election.

The review will cost taxpayers $270,000 for a period of six months, but the contract can be extended, spokesperson Jason Thompson said. Work can begin as soon as Senate Chief Clerk Donetta D’Innocenzo signs, a formality that will happen shortly, Thompson said.

Republicans are moving forward with the review despite an active court fight over its legality. State Attorney General Josh Shapiro, a Democrat, and Senate Democrats have filed lawsuits seeking to block a GOP subpoena that demanded Gov. Tom Wolf’s administration turn over millions of voters’ data, including nonpublic information such as the last four digits of their Social Security number and driver’s license number.

The cases have been consolidated and a panel of Commonwealth Court judges is scheduled to hear arguments Dec. 15 in Harrisburg. However the court rules, the decision could be appealed to the state Supreme Court. 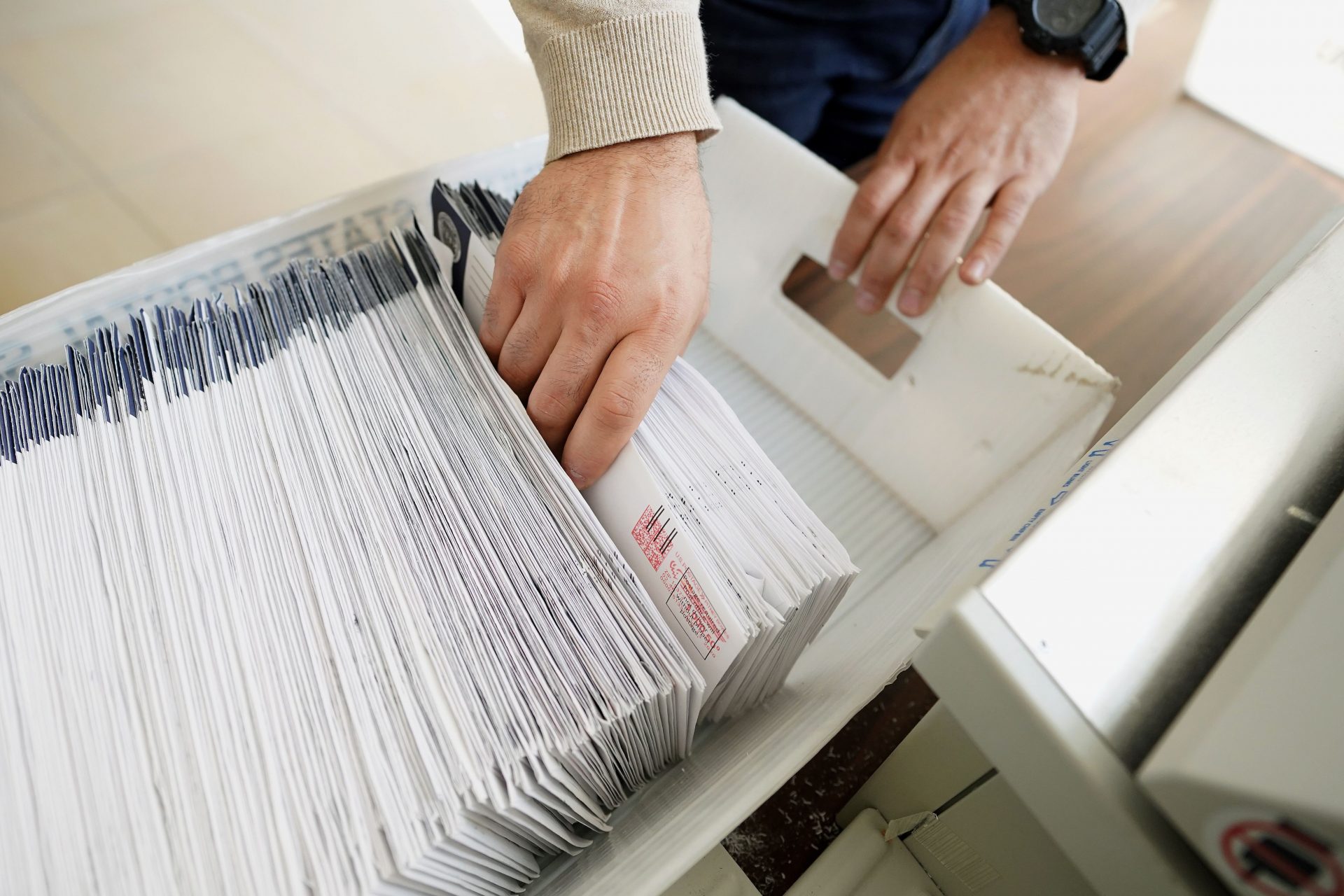 What do we know about Envoy Sage?

Envoy Sage is a consulting firm started by Steven Lahr, an Army veteran who worked within the Department of Defense. Lahr founded Silverback 7, a defense contracting firm, in 2005 and served as chief executive officer until it merged with another military contractor, Patriot Defense Group, in 2017. Lahr left Patriot Defense Group in 2020 to start Envoy Sage.

He offered to speak by phone but did not answer a call late Friday.

Both Thompson and Lahr said the team behind the firm has decades of experience working under Republican and Democratic administrations. The firm employs six people, Thompson said, but its website does not list their names.

“We are entering into this project with no pre-conceived notions for what we will or will not find as we investigate the Commonwealth’s election systems and data,” Lahr said in a statement.

Sen. Cris Dush, chair of the Senate committee on intergovernmental operations, is an Air Force veteran with experience working for the Department of Defense. He found Envoy Sage through contacts at the defense department and veteran groups, Thompson said.

The committee vetted several companies to conduct the investigation, Thompson said, but declined to name which companies or how many.

Envoy Sage is a “new company with old faces,” he said, with decades of experience handling sensitive information among the staff. It does not have a party affiliation, Thompson said, another important criterion to the committee.

Democrats on the committee did not participate in the process, he said.

Dush in a statement described the company as “highly competent, impartial, and experienced.”

“We specifically sought a firm without political associations, which includes refraining from actively supporting both current candidates and candidates who were on the 2020 or 2021 ballots in Pennsylvania to ensure this investigation can be completed in a professional, non-partisan manner,” he said.

Does Envoy Sage have any experience investigating elections?

Neither the company’s website nor the information provided by Senate Republicans about the contract says anything about past work investigating or auditing elections. 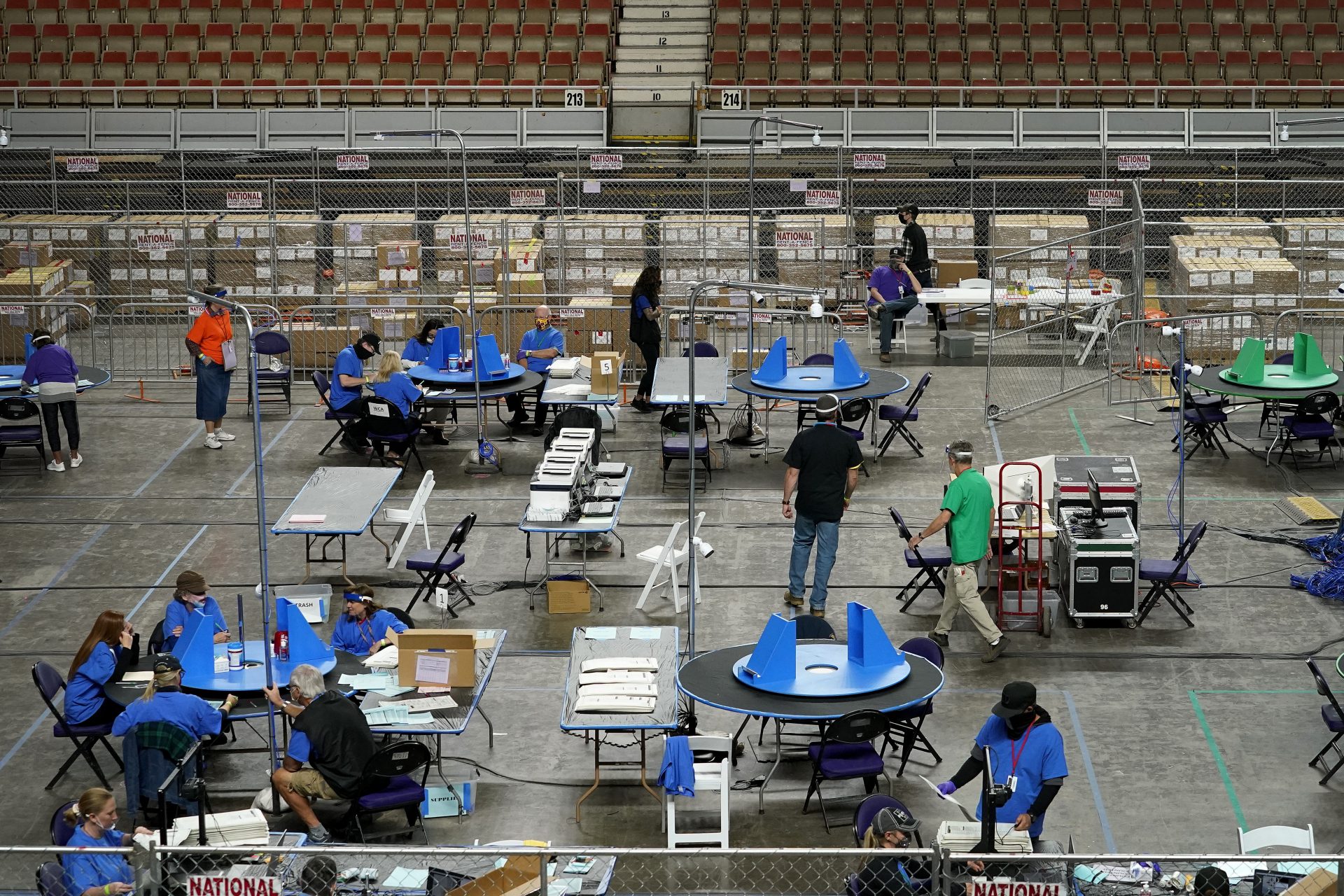 What will Envoy Sage do?

Though Republicans previously told media outlets they’d wait to hire a vendor until a judge ruled in a pending lawsuit filed to stop the investigation, Thompson said Friday there’s work Envoy Sage can start on now, such as combing through hundreds of tips citizens submitted testifying to their personal experiences with perceived voter fraud.

Any further work will depend in part on the outcome of the litigation.

Thompson said the company “is to provide planning and consulting services necessary to continue the investigation, including recommendations on how best to review whatever information is ultimately received from the Pennsylvania Department of State.”

“The contract covers document analysis, consultation, review of election concerns and affidavits submitted to the committee, analysis of other election integrity initiatives across the nation, and more,” Thompson said.

It’s unclear what Envoy Sage would do, beyond vetting citizen tips, if the courts halt the subpoena or the investigation altogether. Even if the courts order the Department of State to share voter data with Senate Republicans, what happens after that remains to be seen.

How will the company secure private information?

Democrats and good-government groups such as Common Cause have criticized the attempt to request non-public information on voters, saying it violates privacy, constitutes a security risk, and could deter would-be voters in the future.

Republicans have not explained how they will keep sensitive data secure, beyond saying it’s a top priority and that vendors would be required to sign a non-disclosure agreement. Thompson said Envoy Sage personnel “not only have handled sensitive information for government agencies, but also have kept classified information safe for the Department of Defense.”

Republicans leading the investigation say state government works with sensitive information on a regular basis, including with third-party contractors. In an updated FAQ on their election investigation website, they said Friday that the contract includes language on protecting information that “is consistent with the language that the Pennsylvania Department of State uses” with outside contractors that maintain the state’s voter registry.

What do Democrats say?

“This is a bad faith action by the Senate Republican Caucus,” Senate Minority Leader Jay Costa (D., Allegheny) said in a statement. “They agreed to wait, and then went ahead with hiring their own firm to carry out this political, unnecessary and costly witch hunt. They’ve unilaterally and prematurely acted to spend more than $250,000 in taxpayer money for this.”

He noted that the contract was being signed the same week Corman, the highest-ranking member of the Senate, announced his campaign for governor. “This is not good government; it is bad politics,” Costa said.