Kellogg’s to replace some striking workers after talks stall. Some 380 people work at a midstate plant.

The Kellogg's workers have been on strike since Oct. 5, and now they will have to continue picketing through Thanksgiving. 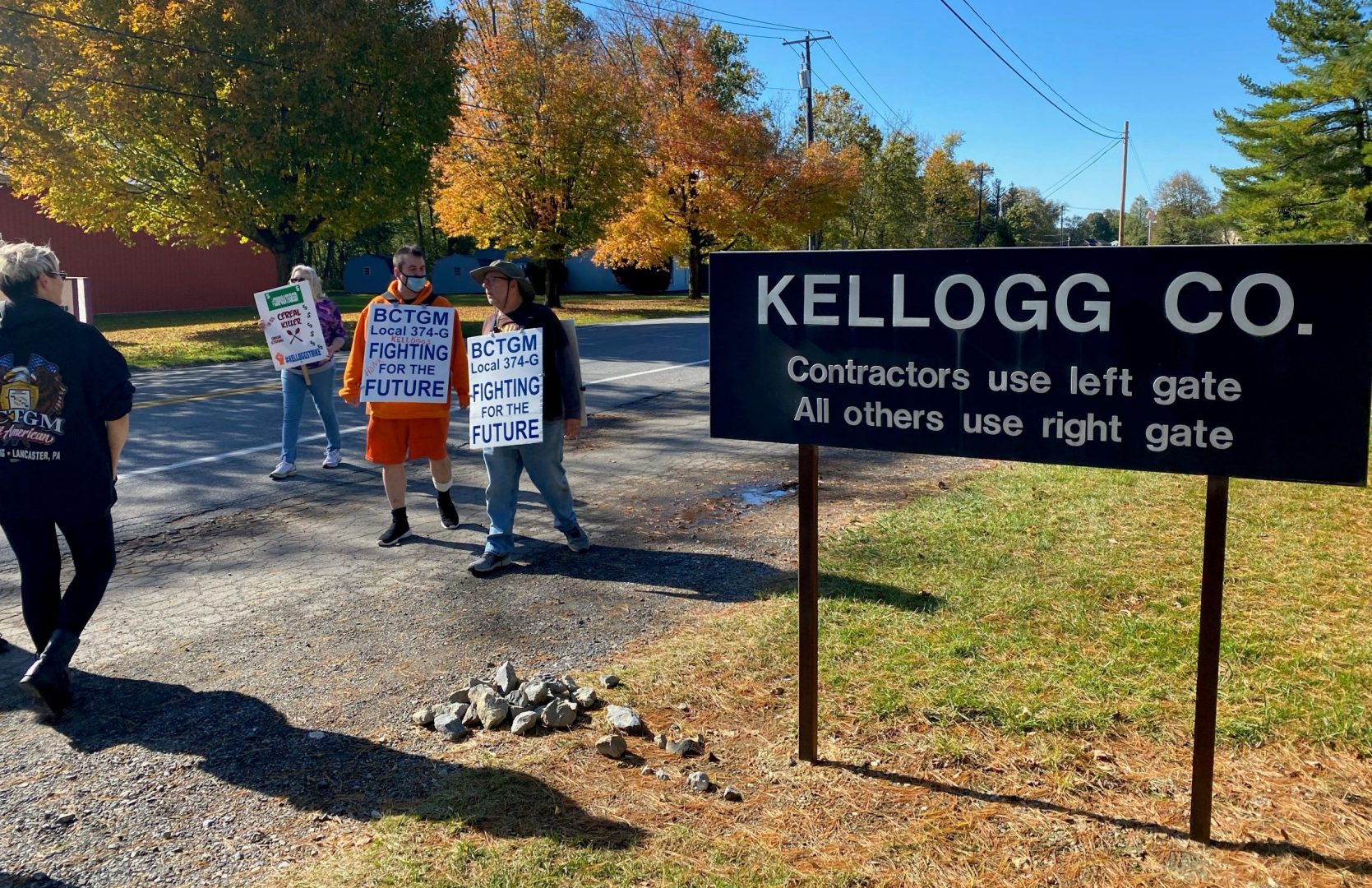 (Omaha, Neb.) — Kellogg’s aims to start hiring permanent replacements for some of its 1,400 striking cereal plant workers after negotiations broke down again.

About 380 employees are based at the facility in East Hempfield Township, Lancaster County.

The Battle Creek, Michigan-based company said it failed to reach an agreement with the Bakery, Confectionery, Tobacco Workers and Grain Millers International Union Monday, so it is moving forward with its plan to keep its plants operating with salaried employees and outside workers.

The Kellogg’s workers have been on strike since Oct. 5, and now they will have to continue picketing through Thanksgiving because the negotiations aren’t scheduled to resume until the week of Dec. 6.

“We recognize the hardship that this prolonged strike represents for our employees,” the company said in a statement. “After 15 negotiations sessions in 2021 – and no proposals put to membership for a vote – we are left with no choice but to best serve the short- and long-term interests of our customers and consumers by moving to the next phase of our contingency plans.” 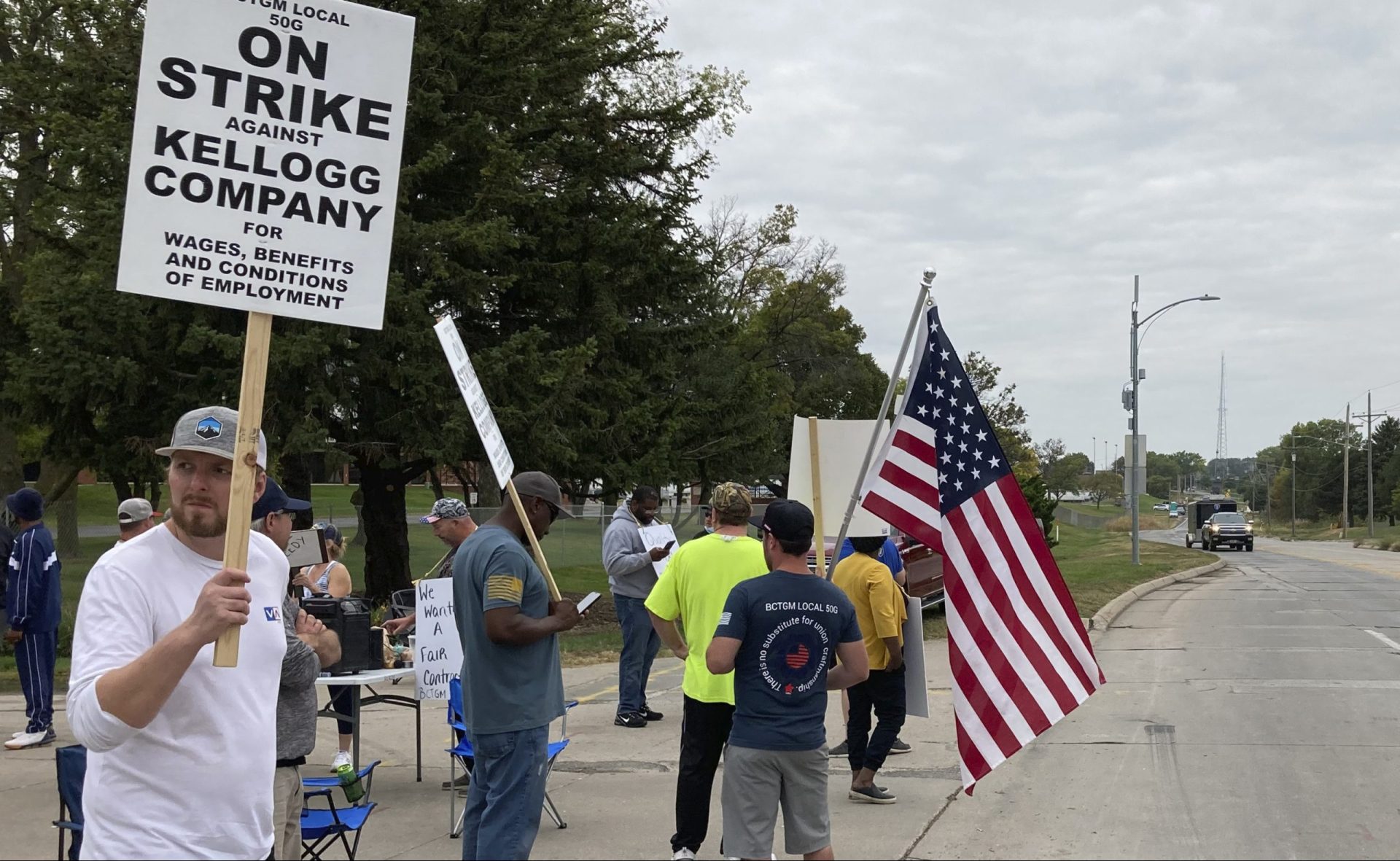 Workers from a Kellogg’s cereal plant picket along the main rail lines leading into the facility on Wednesday, Oct. 6, 2021, in Omaha, Neb. Workers have gone on strike after a breakdown in contract talks with company management.

The Kellogg Co. said that plan includes continuing to use temporary workers to operate their plants and in some cases hiring permanent replacements for striking workers.

The union and the company are struggling to reach an agreement over how to address the two-tiered system of wages Kellogg’s uses that gives newer workers less pay and fewer benefits. The company said it proposed a plan for workers to move up to the higher legacy pay level after four years of experience, but the union hasn’t been satisfied with what the company offered.

Currently, as much as 30% of the workforce at the plants receives those lower wages, creating a wedge within the union’s ranks.

The Kellogg’s strike includes four plants in Lancaster County; Battle Creek; Omaha, Nebraska; and Memphis, Tennessee, that make all of Kellogg’s brands of cereal, including Frosted Flakes and Apple Jacks.

The strike has become increasingly bitter with the company going to court earlier this month to get an order that sets guidelines for how workers in Omaha behave on the picket line. The company complained that striking workers were blocking entrances to its cereal plant and intimidating replacement workers, but union officials denied any wrongdoing. 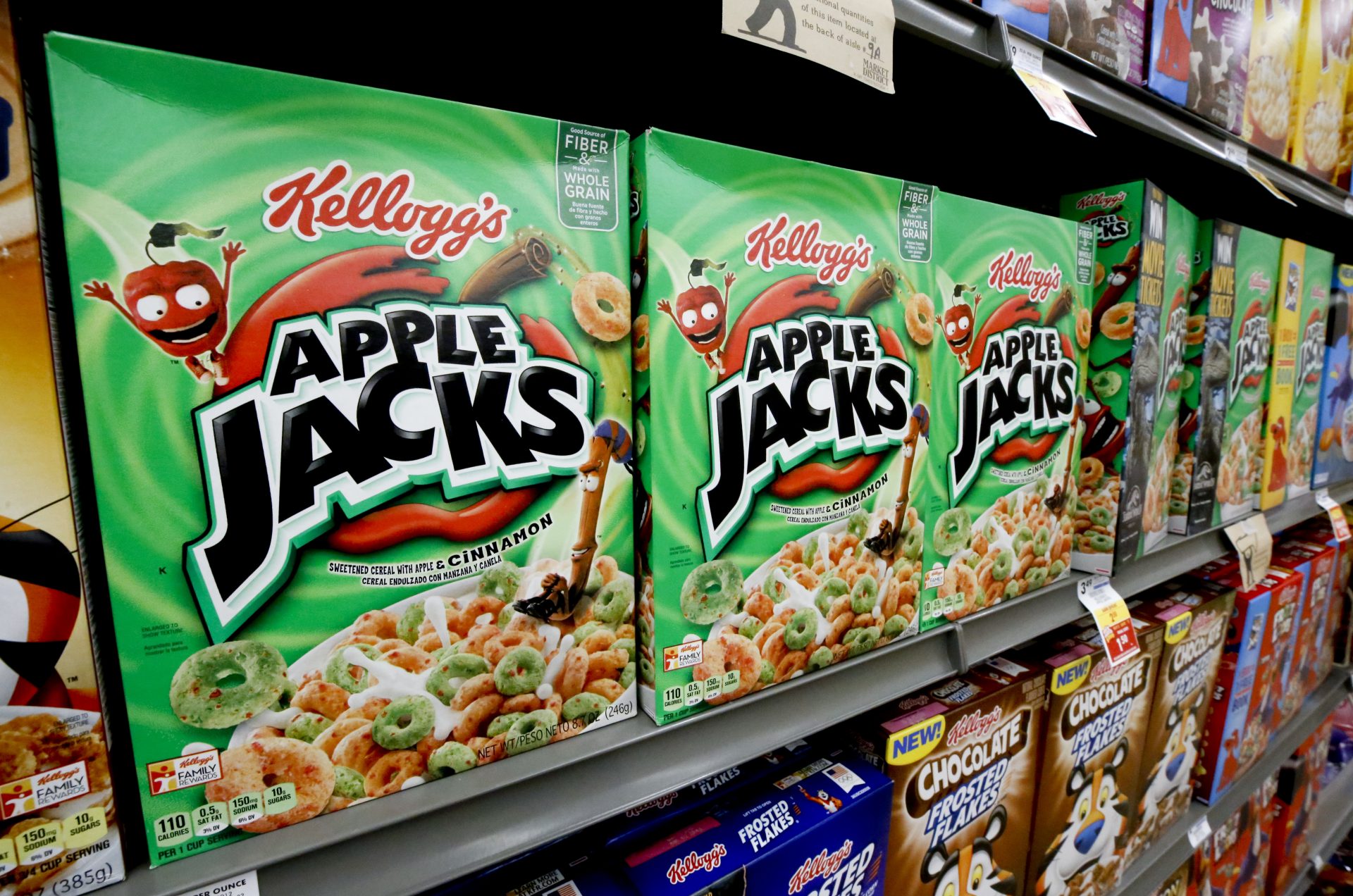 The union believes it has leverage in the contract talks because of the ongoing widespread worker shortages in the economy. Union members have also said they believe they deserve more after working long hours during the coronavirus pandemic over the last 18 months.

In another recent strike, more than 10,000 Deere workers returned to work earlier this month after securing 10% raises and improved benefits in a new six-year deal.