Customers line up at the meat counter at Martin's in Reading Terminal Market.

From the pump to potatoes: Inflation hits home for the holidays in Pa.

“Choices have to be made here. Do I get my son the extra groceries he wanted or make that payment to PECO this month?”

(Philadelphia) — When Kelly Larkin shopped for a frozen turkey a few weeks ago, the price tag left her cold. At around $30, the single mother of three felt like she couldn’t spare the money for the Thanksgiving staple. Prices kept creeping up.

“Not for nothing, I’m working my butt off and I couldn’t afford a turkey,” she said.

After losing her full-time job in April, Larkin, of Levittown, has struggled to find stable new employment. She now delivers for UberEats and Instacart to get by, while also applying and interviewing for jobs. But, it’s not enough. Her two oldest children are in college, and the youngest, a teenage boy, plows through groceries.

“Choices have to be made here. Do I get my son the extra groceries he wanted or make that payment to PECO this month?” she said.

Amid an economic recovery that’s slowed after a summer boom, prices have been rising rapidly. The Consumer Price Index, a measure of the average change in prices, showed the cost of goods rising by 6.2% between October 2020 to October 2021, with energy and used car prices going up most. 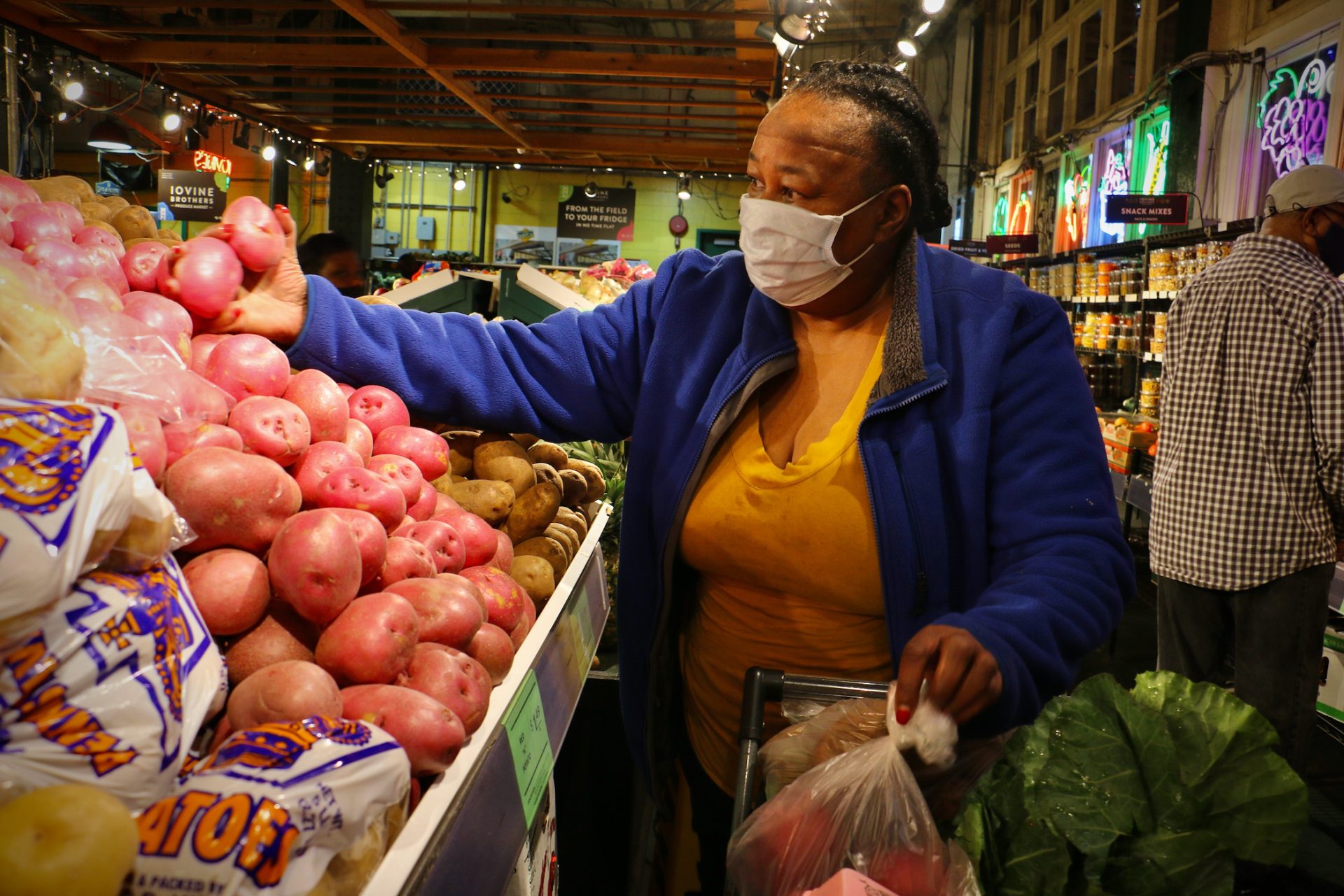 Going into the holiday season, some families have been able to hedge against higher consumer costs through a combination of rising wages, the return of jobs, and/or extra cash from federal economic stimulus. But for other families with fewer of those legs to stand on, the economic anxiety is real.

The pain feels most acute in energy and transportation costs, with gasoline and home heating both spiking. Prices at the gas station are up to nearly $3.40 a gallon, higher than any year since 2014, according to data from the Federal Reserve.

Gas heating prices are up about 30%, according to the CPI, and bills in the coming months are expected to reflect that bump. Larkin buys oil to heat her lower Bucks County house and said the 150 gallons she recently had delivered cost $512. That will only last around 6 weeks in winter temperatures.

Gas prices are also part of what is nudging up food costs, according to Moody’s economist Mark Zandi.

With fuel prices for trucking high, “getting anything from the farm to the grocery store is a bit costly now,” he said.

Prices tend to rise during the holiday due to increased demand, said brother and co-owner Vinnie Iovine, but “this year, it’s through the roof.”

Foods that take more packaging or labor to get from farm to shelf are also more likely to have seen those costs go up, which then contribute to a higher final price.

Higher prices, though, have not dampened the desire to buy. American consumers spent 1.7% more in October than they did in September, according to the U.S. Department of Commerce. “I have noticed that people do splurge on themselves a little more … strawberries have to be like $10/pack but people are buying them,” said Jimmy.

Shopper Cynthia Bell filled her cart with collard greens, potatoes, and eggs, getting a head start on Thanksgiving dinner. Living on a fixed income, she said she had noticed prices going up – especially meats.

“I like to buy everything, lamb, turkey, all that, but they high,” she said. But she said she’s still buying everything she normally would. 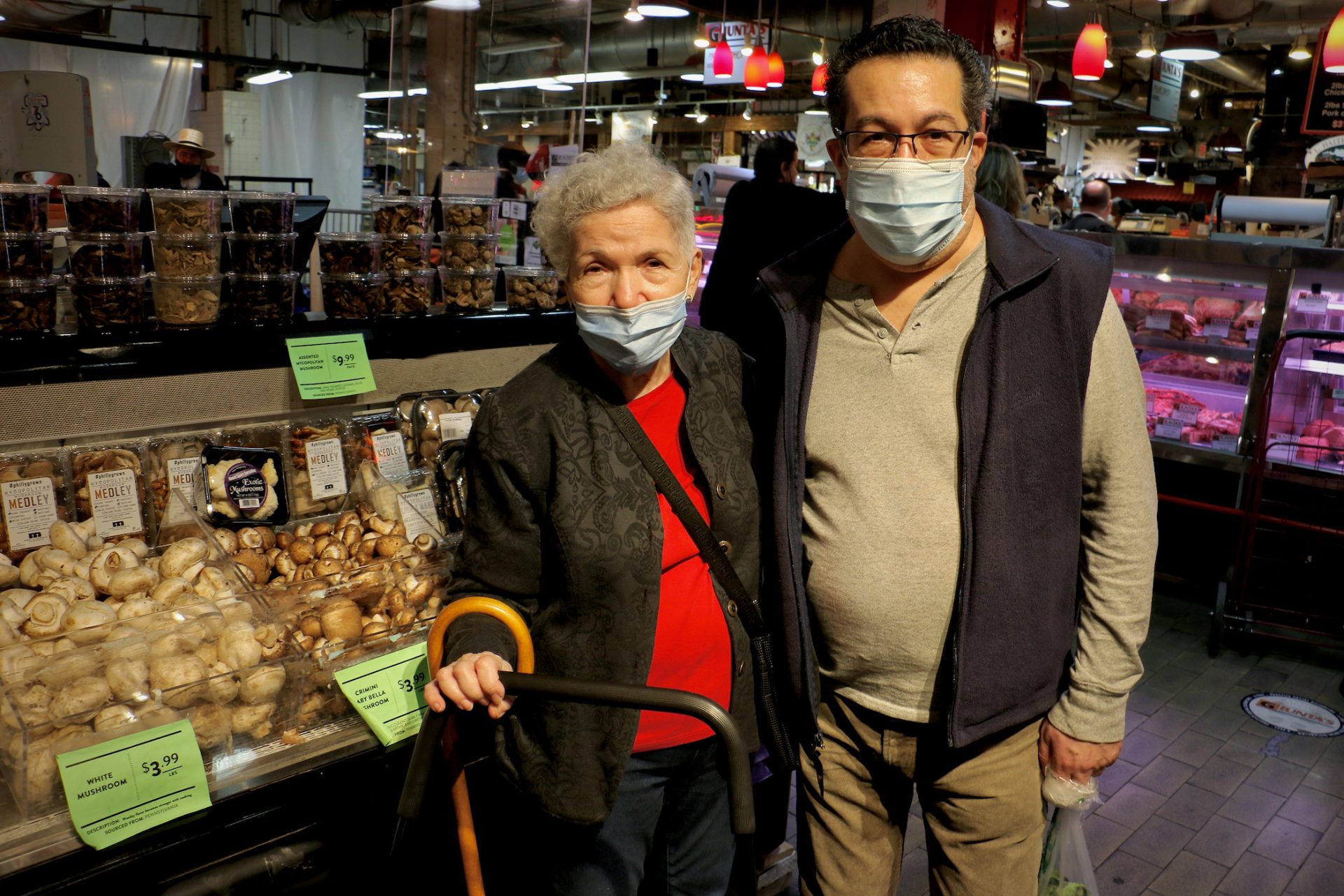 The current economic recovery is multifaceted, with inflation one factor among many.

While the exact causes of the price spikes are layered, and debated, the prevailing opinion from experts is that because the conditions are pandemic-induced, they should be temporary.

The delta variant wave disrupted supply chains in parts of Asia. This summer also saw massive churn in the job market, and an increasing demand for goods, which contributed to creating a perfect storm.

“I think we’re seeing the worst of the inflation right now. Delta has faded. Factories are reopening. The shipping problems are bad, but they’re getting a bit better with each passing day,” said Zandi.

Still, he said it could be many months until supply chains are running smoothly and the price of gas goes back down as production increases.

At the same time, the economy is recovering after COVID-19 triggered an unusually steep (though short) recession. The U.S. GDP has returned to its pre-pandemic levels, and lower-income workers are seeing their real wages grow in spite of inflation, according to the Brookings Institution. Government stimulus, starting under former President Donald Trump and continuing under President Joe Biden, has put money in millions of Americans’ pockets and in some cases, softened the bite of inflation, while likely contributing to it at least in some measure.

Even so, whether shoppers think the economy is doing well or poorly is also filtered not only through personal experience, but also through party affiliation. A study by the University of Michigan found that the consumer sentiment index, a tool that measures how consumers’ attitudes about their finances and the state of the economy, varies dramatically by partisan affiliation.

Regardless of affiliation, the worst prices will be hitting right at holiday time.

Philabundance CEO Loree Jones said they are bracing for this year’s need while dealing with a higher cost to help. Food costs for the aid organization have quadrupled, she said, as the group has had fewer donations and had to purchase more.

“The need has increased [and] we’ve also been buying more just to meet that need,” she said.

According to the USDA, overall food insecurity did not increase during the pandemic, but food banks reported a significant uptick in their demand, increasing by 60%, according to Feeding America. Jones said demand has lessened slightly, but the need is still high.

One night last week, Larkin happened to drive by a turkey giveaway held at her local Acme. Cars jammed into a queue in the parking lot, and she wasn’t sure she was going to get one.

When volunteers with Philabundance put a 25-pound turkey and a sack of potatoes in her back seat, she said, “I literally started crying.”

Larkin said inflation probably wouldn’t hurt so much if other things hadn’t gone wrong this year, but at the same time, “this affects people who are already struggling so hard just to stay afloat.”

Language barrier: Immigrant parents in Pennsylvania and other states tell tales of exclusion