Music, family, campfires and the ebb and flow of life.

As we’re getting our recording and video gear set up on the lawn outside WITF, an airplane flies overhead, which is pretty common since Harrisburg International Airport is nearby. I’m working on getting levels set on Monica de Vitry and Jordan Rast‘s microphones and Jordan gives me his best impression of a pilot.

“Ladies and gentlemen,” he says into his mic with a soothing voice. “We’re starting our descent into Los Angeles International Airport. Weather’s about 75 degrees. Enjoy your stay here in Los Angeles.”

The beautiful weather and slight breeze compliment Monica and Jordan’s style of music. After everyone’s set and we start filming, they take us through three of their wistful, Americana-esque originals. It’s a style they’re both fond of, because their parents, who were friends and would play music around campfires regularly, often played this style of music.

“Our parents met through music,” Monica tells me.

“Yeah, through Neil Presley,” Jordan says. “[He’s] an old-time fiddler in the area. And her parents would have campfires.”

“There was lots of music,” adds Jordan. “And we wouldn’t play though. We would play capture the flag most of the time.”

“But we grew up in that environment,” says Jordan. “I’d say once we reached our teen years then we started playing music.” 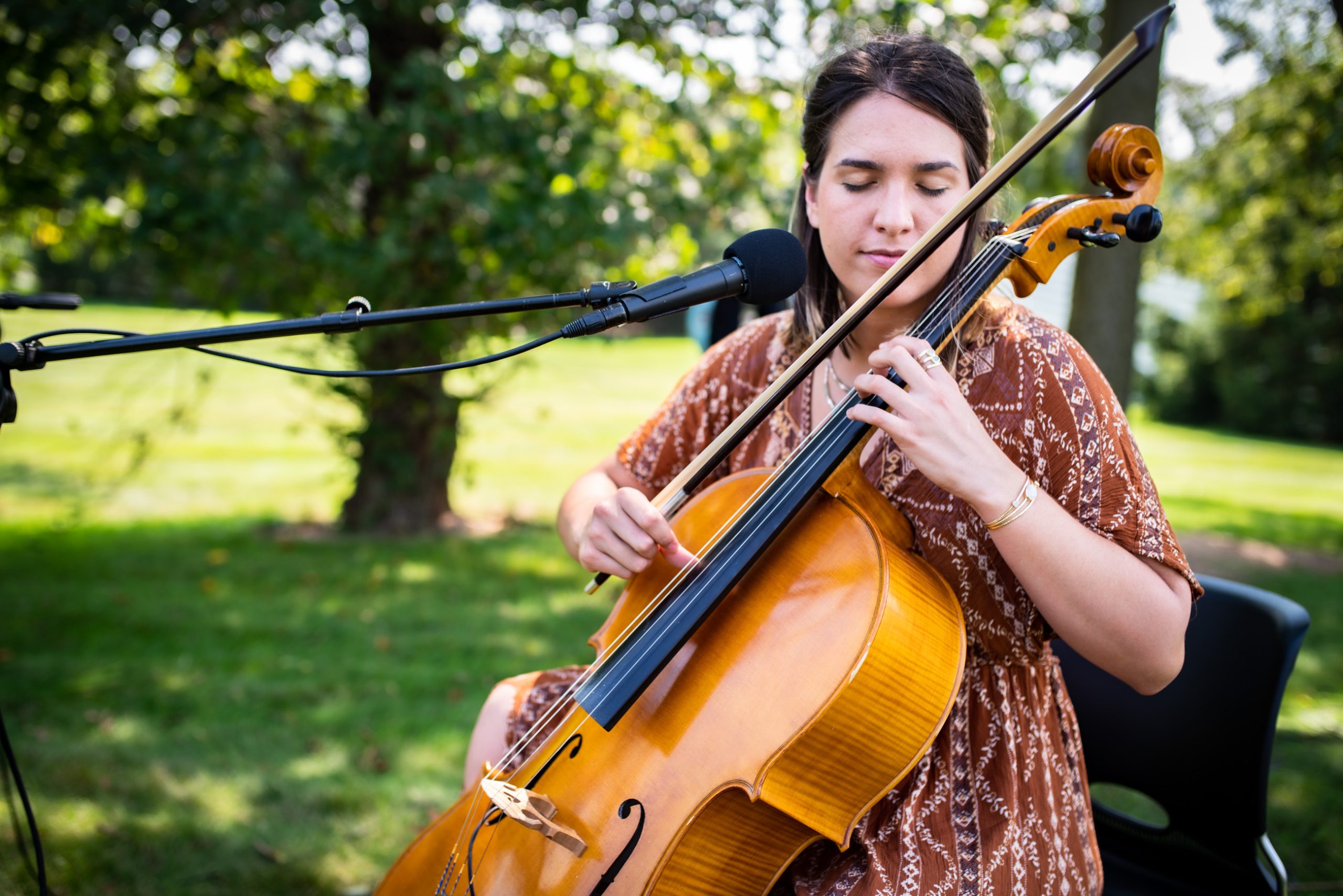 As teens, Monica and Jordan played in a band called Old Time Liberation Front which saw some success and gave a boost to their confidence.  They won a contest at Clifftop – The Appalachian String Band Festival. They also participated in the Delfest band contest and while they didn’t win, they got to play a set when another band was late to show up.

It was around 2016 when Monica and Jordan began playing as a duo, using their names as the name of their act. I wondered if the order of their names ever changes or if it’s always Monica’s name first.

“We’re trying to change it to ‘Jordan Rast and Monica de Vitry’ but she won’t let us,” Jordan says as they both laugh.

Monica and Jordan both have interests and lives outside of music, and how those things are balanced has changed over the years.

“I feel like growing up my life definitely revolved around music,” Monica says. “I started at Berkeley College of Music for cello. Then I switched and went to art school instead. I was always [going between] music and art … Over the years [it] ebbed and flowed and then at one point yoga got in the mix. It’s just been some balance of those three things.”

Jordan describes his relationship with music.

“I’ve always been writing songs since I was like 10. That was kind of an obsession that I sort of kept up [for] 18 years now. It came and went. But I’ve always had a band and I’ve always had gigs at least once a month … [It] definitely slowed down a little when I went to grad school for psychology … I have at least five or six instruments in my room always. It’s always a thing.” 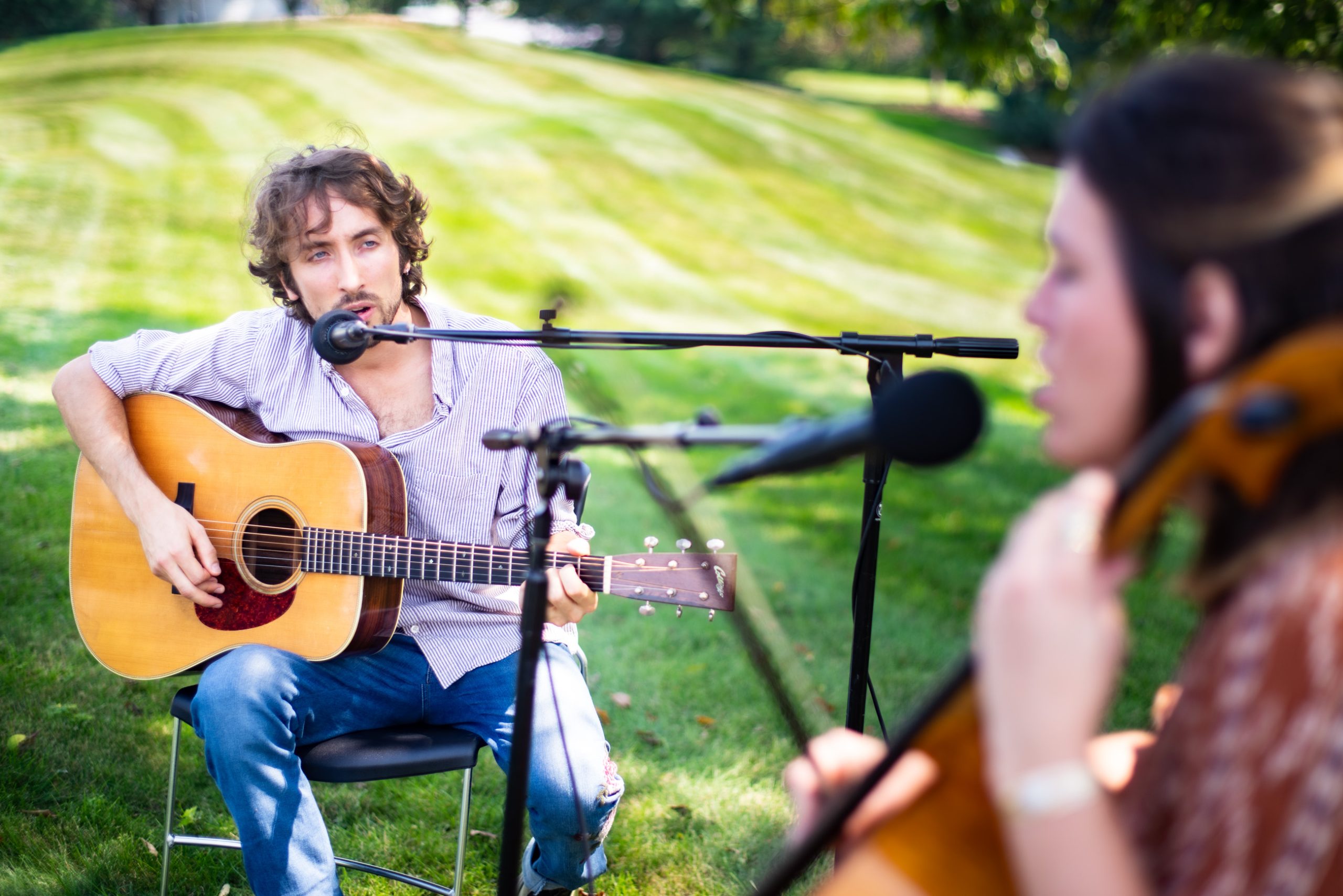 As for what they listen to, it can vary in some surprising ways with Monica citing fiddle music, The Beatles, Brittany Spears and Nirvana. But with regards to what’s influenced the music they play, they cite The Wood Brothers, Mandolin Orange (now Watchhouse), Big Thief, Gillian Welch and Andy Shauf among others.

The beginnings of the next generation of musicians appears to be on the way. Monica has a one-year old who is just starting to be introduced to music, though he’s a little scared of the instruments sometimes.

“He was afraid of the fiddle,” Monica says. “But a couple nights ago my other sister was visiting and we were like, ‘Alright, we’re going to get him used to this now’. We just played really, really quietly and by the end of that experience he was no longer afraid. And then this morning I got my cello out and he was trying to grab the cello; he was not afraid at all.”

And so the family tradition continues. 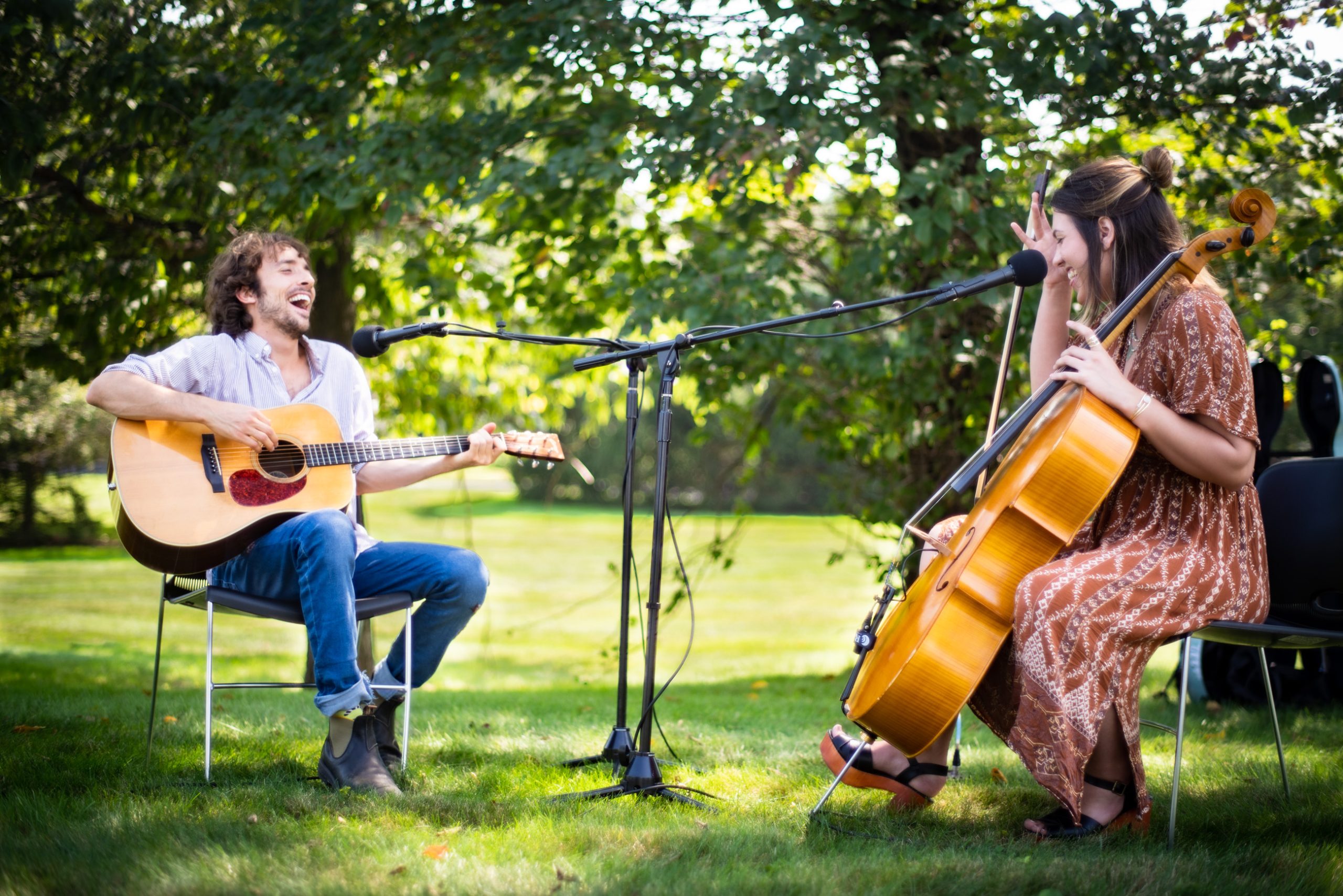