The Ice Crew clears the snow from the rink during a timeout during the second period of an NHL hockey game between the Pittsburgh Penguins and the Washington Capitals at PPG Paints Arena with no spectators in attendance, Sunday, Feb. 14, 2021, in Pittsburgh. 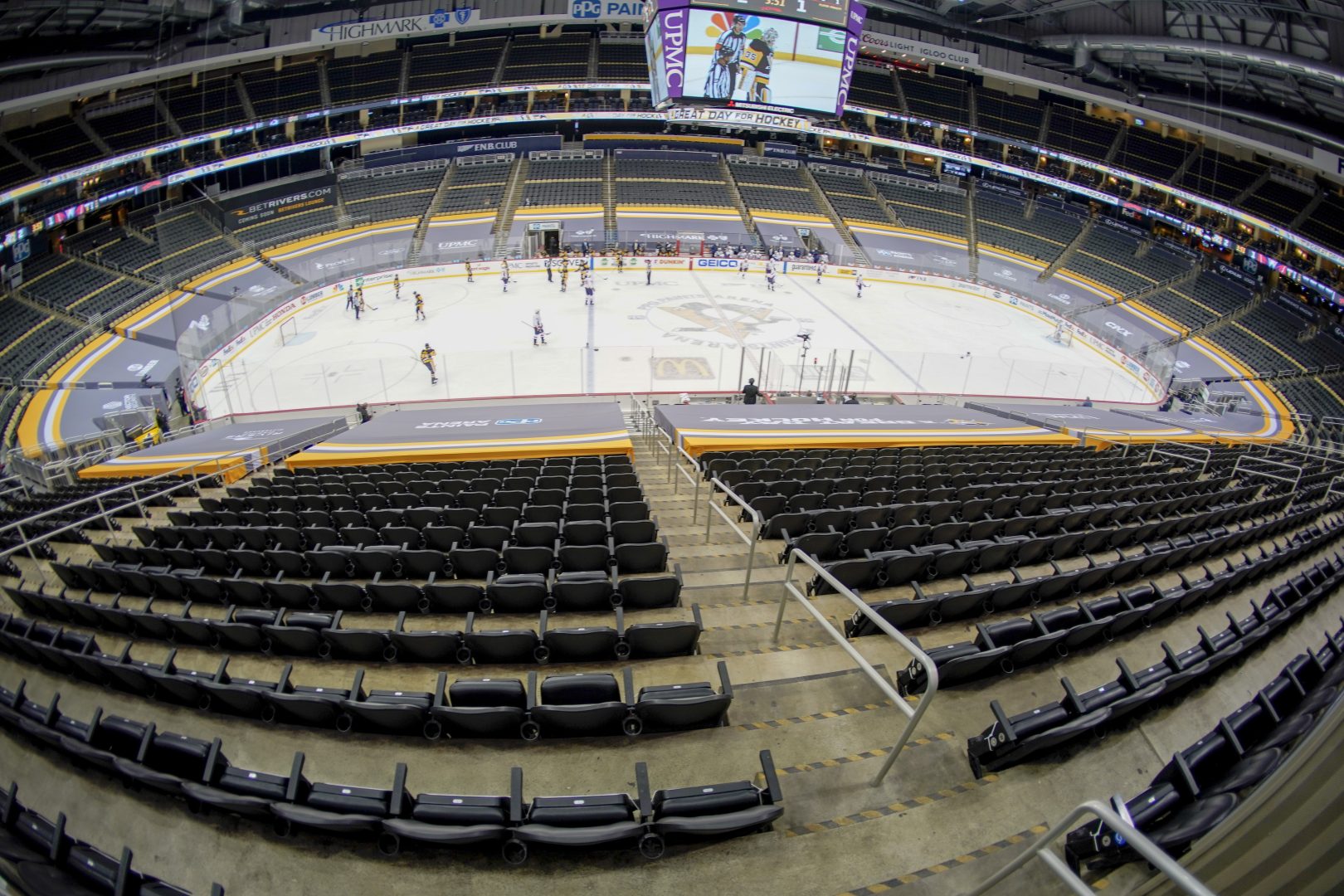 The Ice Crew clears the snow from the rink during a timeout during the second period of an NHL hockey game between the Pittsburgh Penguins and the Washington Capitals at PPG Paints Arena with no spectators in attendance, Sunday, Feb. 14, 2021, in Pittsburgh.

(Pittsburgh) — The Pittsburgh Penguins have settled a federal lawsuit filed by a former minor league assistant and his wife, who accused the team of negligently retaining a coach who sexually assaulted and harassed her and then retaliating against him for reporting the incident.

“We are pleased that the Penguins organization worked with us to resolve this dispute so that Jarrod and his family can move on with their lives,” said attorney David Fish, who represents Jarrod Skalde.

Erin Skalde said in a statement: “The events of the last three years have been deeply challenging, and my hope is to now move forward as an advocate for others.” She added that she hopes to be an instrument of change.

The Penguins said in a statement that team officials took prompt action when informed of the allegations in 2019.

“The Penguins and Skaldes have agreed to resolve all claims,” the team said in a statement. “Through this resolution, the Penguins hope to bring closure to the Skaldes, provide some measure of peace and continue to encourage and promote a culture of openness, accountability and respect at all levels of professional sports.” 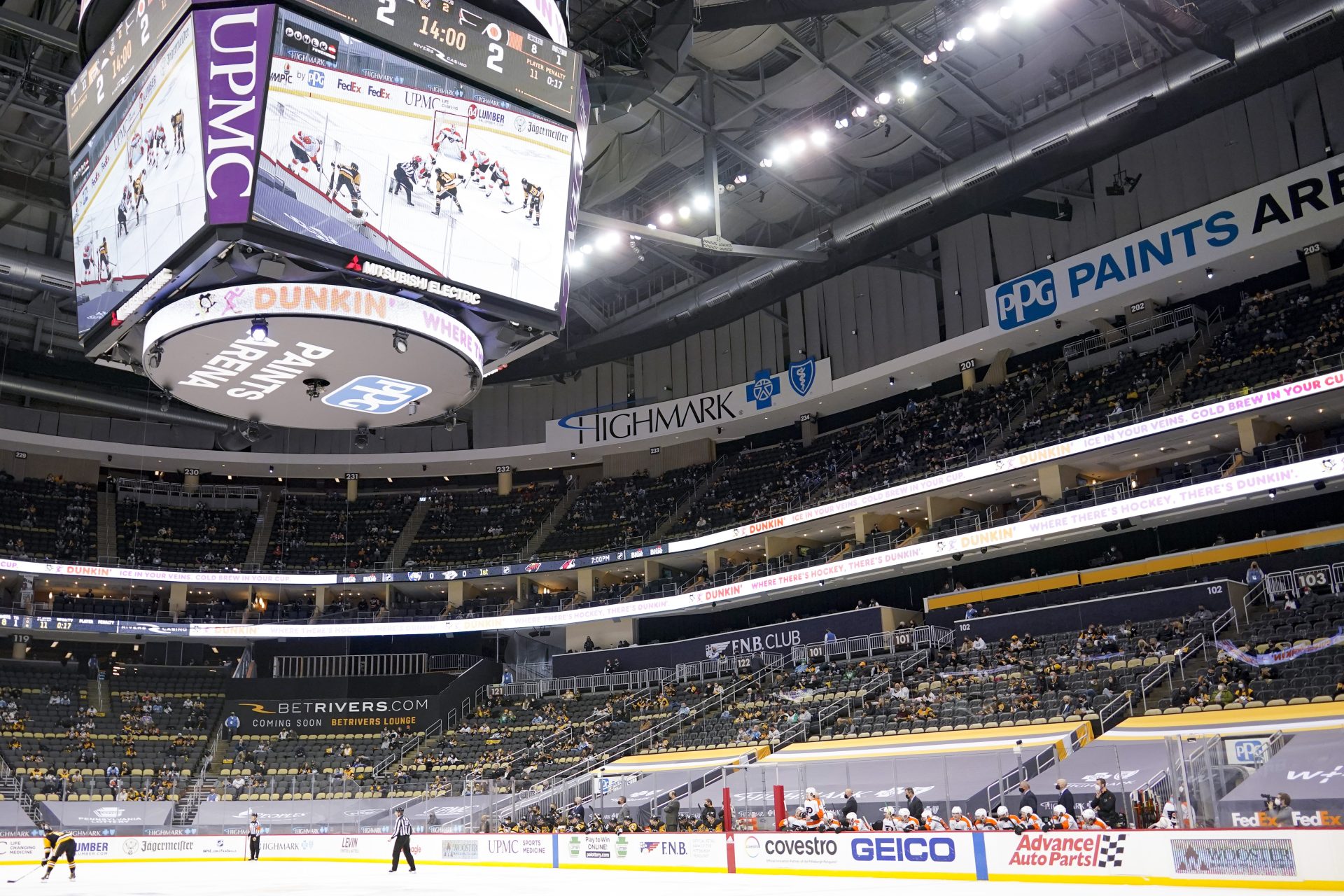 The teams preparing for a face-off are displayed on the video screen on the scoreboard at PPG Paints Arena during the second period of an NHL hockey game between the Pittsburgh Penguins and the Philadelphia Flyers, Saturday, March 6, 2021, in Pittsburgh.

Jarrod and Erin Skalde sued the Penguins nearly a year ago in U.S. District Court for the Middle District of Pennsylvania, alleging former Wilkes-Barre/Scranton coach Clark Donatelli molested Erin Skalde during an outing on a road trip in 2018. The team is the American Hockey League affiliate of the Penguins and is run by the NHL club.

They also alleged current Minnesota Wild general manager Bill Guerin, who was GM for Wilkes-Barre/Scranton and assistant GM for the Penguins at the time, asked Jarrod Skalde to keep the reason for Donatelli’s termination quiet and that the team punished Skalde for reporting the assault and later terminated his position under the guise of pandemic-related staff cuts.

Guerin said last year: “When I learned of these allegations, I promptly brought them to Pittsburgh Penguins senior management. The allegations were quickly investigated. I emphatically deny anything to the contrary.” The Wild released a statement last year saying the team spoke with Guerin and supported him.

“I am glad that this has been resolved and my hope is I can move forward with my professional coaching career and personal life,” Jarrod Skalde said in a statement Tuesday.

The Associated Press does not typically identify those who say they were sexually assaulted, but Fish said recently the family was fine with it because the matter had already been made public.

As Hershey's Christian Pulisic reports to US after injury, Chelsea urges caution