Monday was the first opportunity for Parnell to testify and for his lawyers to cross examine Laurie Snell after she testified she had endured years of rage and abuse.

(Butler) — U.S. Senate candidate Sean Parnell took the stand Monday in his contentious custody case and broadly denied allegations by his estranged wife that he had hurt her and their children, a newspaper reported.

Testifying under oath in Butler County court, Parnell said he never choked his estranged wife or pinned her down, as she had accused him of doing, and never struck one of their children in a fit of rage, the Philadelphia Inquirer reported.

“Did you ever choke your wife?” Parnell’s attorney asked him.

Asked if he ever got “physical” with his wife, Parnell answered, “never,” the Inquirer reported.

Monday was the first opportunity for Parnell to testify and for his lawyers to cross examine Laurie Snell after she testified last week that she had endured years of rage and abuse from him, including once being choked until she had to bite him.

Parnell is endorsed by former President Donald Trump in the contested Republican primary after running for Congress last year and narrowly losing in a Pittsburgh-area district.

Parnell gave similarly unequivocal denials Monday to questions about other allegations lodged by Snell, including kicking her out of their car alongside a highway and telling her to go get an abortion.

“It just wasn’t a good relationship,” he said.

Meanwhile, Parnell’s lawyers pointed out that a judge had rejected Snell’s request for a restraining order in 2018 based on two allegations she made that he had physically harmed their children.

Neither episode ever happened, Parnell testified. 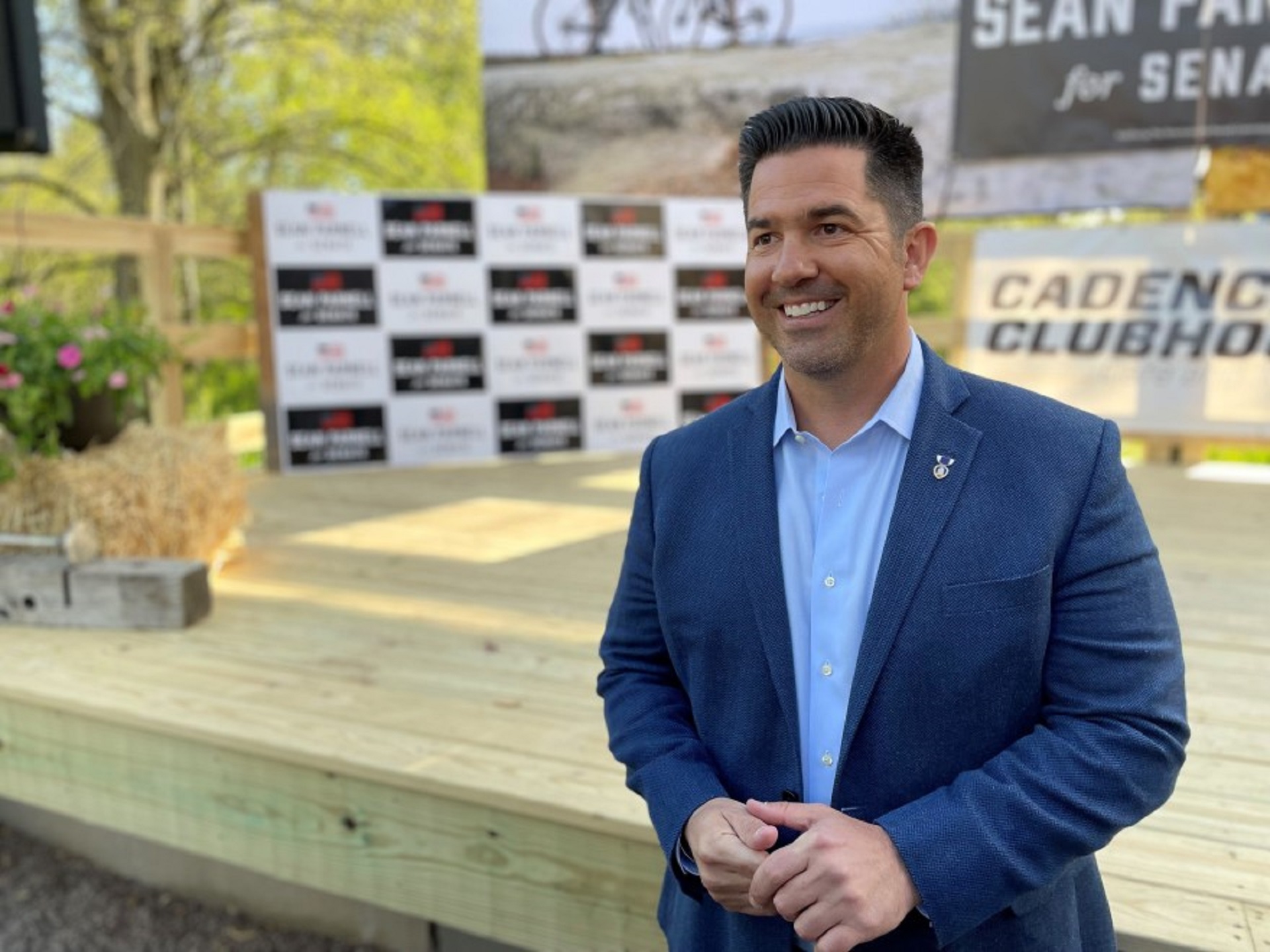 In one, Snell accused Parnell of striking one of their children hard enough through a T-shirt to leave welts. Parnell said it never happened.

In the second, an angry Parnell punched a closet door, sending it flying into another child’s face, leaving a bruise, she had testified.

Parnell testified that Snell “made up” the story and that the child got startled and bumped his own head on the door.

“Laurie wasn’t even there,” Parnell said.

Under cross-examination Monday, Snell acknowledged that she went on vacation with Parnell and their children almost immediately after he allegedly struck the child.

Later, after the closet door episode, Snell asked Parnell if he wanted to watch the children and told him, “I know you’re a good dad and it’s important that the kids see you,” according to text messages submitted as evidence.

Parnell responded to his estranged wife’s testimony last week by releasing a statement insisting he “never raised a hand in anger towards my wife or any of our three children” and saying he would “set the record straight” when he testifies.

Pennsylvania’s election next year for an open U.S. Senate seat is expected to be among the nation’s most competitive and help determine control of the chamber.

To underscore his support, Trump and Donald Trump Jr. are headlining a fundraiser for Parnell on Jan. 25 at Trump’s Mar-a-Lago Club in Palm Beach, Florida.

The Parnells have been living apart for at least three years, but have split custody of their children evenly.

Snell is seeking sole custody and testified on Monday that Parnell carried on an affair with another woman while they were married.

Parnell’s lawyer asked Snell during cross-examination whether Parnell was a good father.

Snell said Parnell is a good dad “when he’s not angry,” the Tribune-Review of Greensburg reported.

Parnell, a decorated former Army Ranger who led a platoon in Afghanistan, has told of being diagnosed with post-traumatic stress disorder and traumatic brain injury.

Parnell penned a memoir of his service in Afghanistan, which became a New York Times bestseller. He also has written four action novels, and emerged as a regular guest on Fox News programs before running for Congress last year.

Parnell’s history with his wife became a subject in the Republican primary campaign, days after Trump endorsed Parnell over several other rivals.