Burnley's Josh Brownhill, left, fights for the ball with Chelsea's Christian Pulisic during the English Premier League soccer match between Chelsea and Burnley at the Stamford Bridge stadium in London, Saturday, Nov. 6, 2021.

As Hershey’s Christian Pulisic reports to US after injury, Chelsea urges caution

“He means so much to our team, so it’s awesome having him back. It’s like another confidence boost just having him here.” 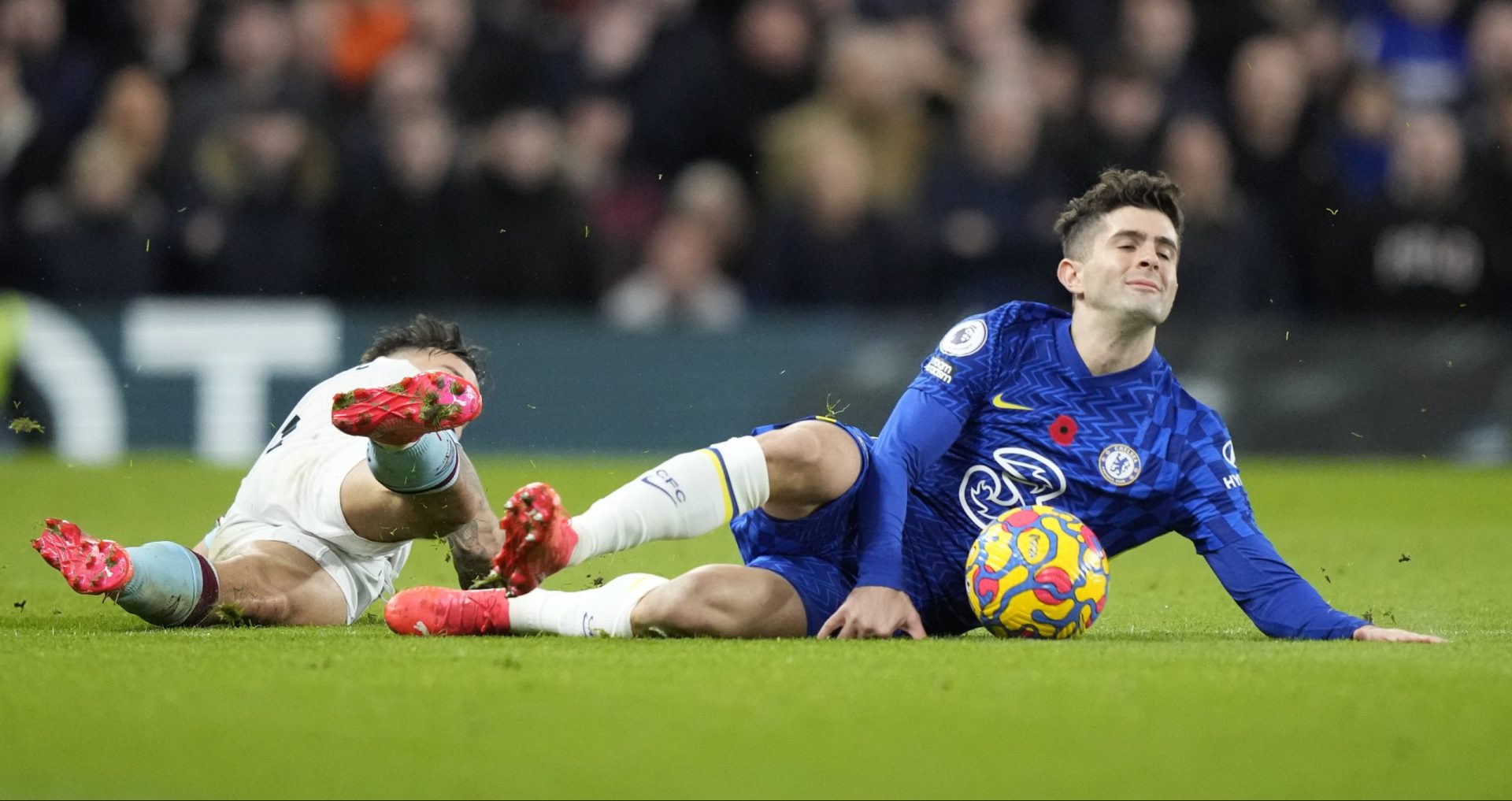 Burnley's Josh Brownhill, left, fights for the ball with Chelsea's Christian Pulisic during the English Premier League soccer match between Chelsea and Burnley at the Stamford Bridge stadium in London, Saturday, Nov. 6, 2021.

(Cincinnati) — Christian Pulisic was among just 10 of 25 players on hand for the United States’ first day of training ahead of Friday’s World Cup qualifier against Mexico, and Chelsea manager Thomas Tuchel urged caution with the attacker as he regains fitness.

Pulisic injured his left ankle during the Sept. 8 qualifier at Honduras. He didn’t return to action until Nov. 2, when he played the final 17 minutes of Chelsea’s Champions League match at Malmö. Pulisic entered for the final six minutes of Saturday’s Premier League game at Burnley.

“He means so much to our team, so it’s awesome having him back,” midfielder Brenden Aaronson said Monday. “It’s like another confidence boost just having him here.”

Pulisic and Aaronson worked in a gym along with defenders Antonee Robinson and Miles Robinson, and midfielder Tyler Adams. 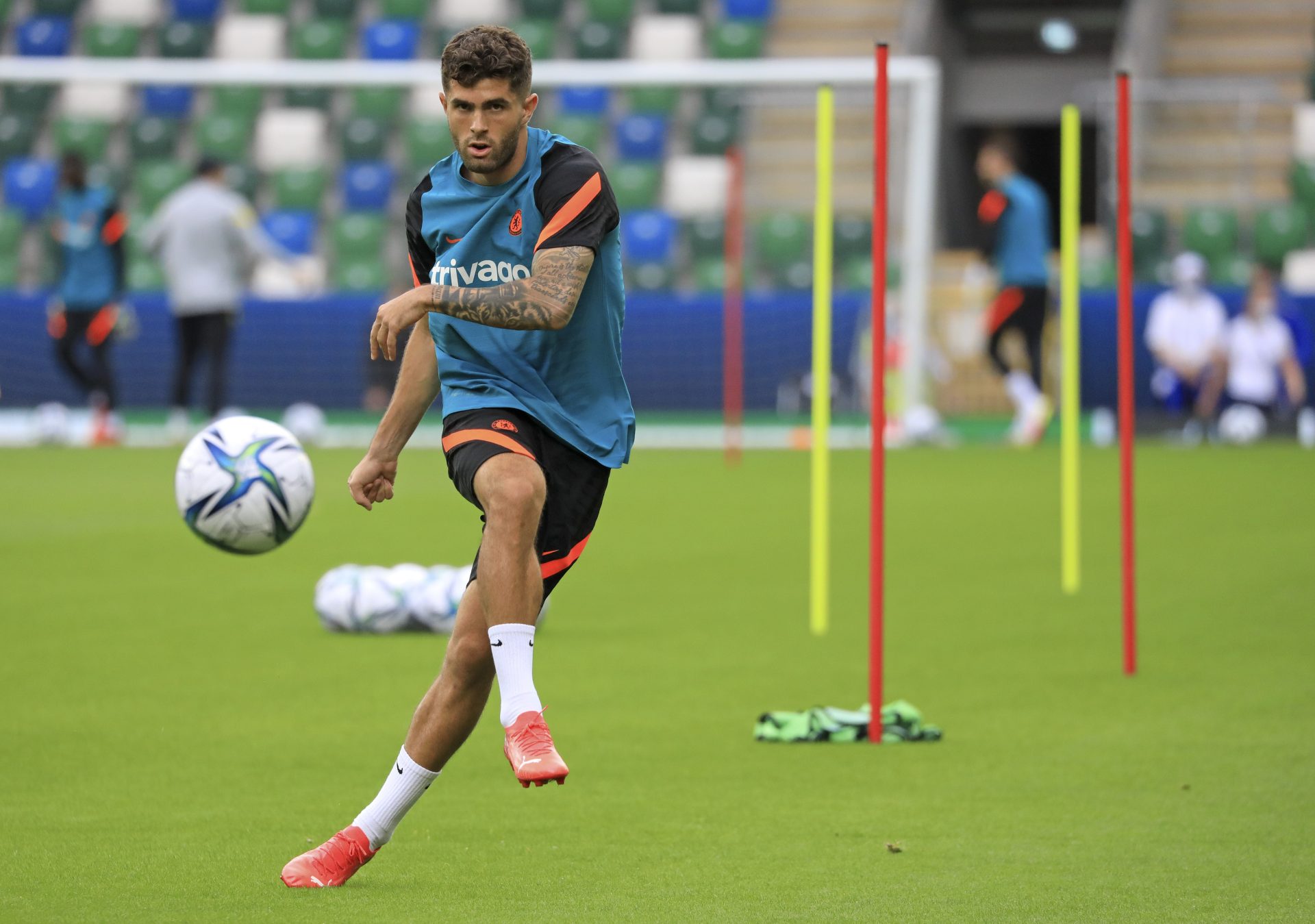 In this Aug. 10, 2021 file photo, Chelsea’s Christian Pulisic kicks the ball during a training session at Windsor Park in Belfast, Northern Ireland.

“Christian coming back in is massive for the group,” Antonee Robinson said. “Just having him around in general, like just being a good lad, being around, a leader off the field. And we know when he gets on the field, whether he starts or has to come on off the bench, he’s a player we can rely on to put his all in for the team and create chances and help us if we need him to get the win.”

Other players were traveling to Cincinnati following Sunday matches.

Pulisic, who turned 23 in September, has played just 151 minutes in qualifying. He missed the opener at El Salvador while regaining fitness following a positive COVID-19 test and played 90 minutes against Canada and the first 61 at Honduras.

“I hope that they don’t overuse him, that they are responsible enough,” Tuchel said after Saturday’s game.

“Christian still feels a bit of pain. He absolutely wants to come back. It’s a matter of pain management. It’s not a matter of a re-injury or being still injured, it’s just that it’s still painful. But he tried hard and he wanted desperately to come back and we needed him back, so it was a good start for him in Malmö, and today we had some 10 minutes. But, yeah, we are a bit worried.

“Hopefully everybody and he, himself, is responsible and does not get carried away by emotions and by helping, of course, his country to win a super-important match. So hopefully all goes well and hopefully the minutes will elevate him, that he comes back stronger.”

NOTES: Defender Aaron Long is at training camp this week as he continues his rehabilitation from a torn right Achilles tendon, an injury sustained while playing for the New York Red Bulls on May 15.