Some Democrats may face tough slog in 2022 governor’s races

Democratic incumbents will be playing defense in much-watched Michigan and Wisconsin, and trying to hold an open seat in Pennsylvania. 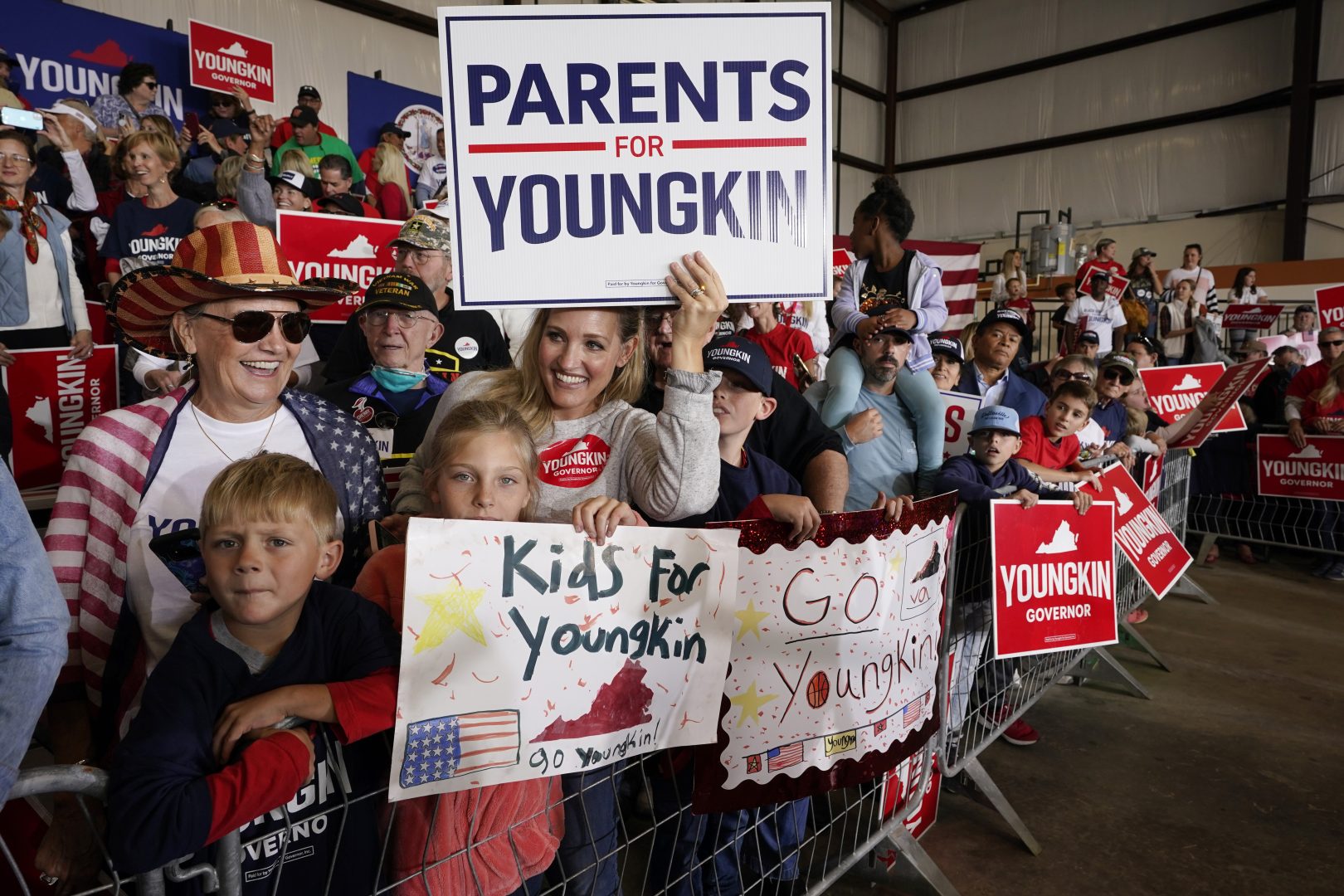 Democrats were already steeled for tough races, but the upset loss in Virginia’s governor’s race and a close win in deeply blue New Jersey’s confirmed the difficult conditions ahead. In both places, the party was largely caught off guard by the potency of culture-war debates over schools and struggled to stop voters once turned off by former President Donald Trump from migrating back to Republicans.

Democratic incumbents will be playing defense in much-watched Michigan and Wisconsin, and trying to hold an open seat in Pennsylvania. The three governorships are seen as Democrats’ best chance to slow the GOP’s ascendancy in the Rust Belt. The GOP currently holds the governor’s office in 27 states, compared with Democrats’ 23. Thirty-six are up next year nationwide.

Those races are poised to become expensive and intense contests, as voters and political parties have increasingly relied on state leaders to advance — or block — consequential policy. Evers and Democratic Govs. Gretchen Whitmer of Michigan and Tom Wolf of Pennsylvania have emerged as major national figures, credited with stymieing Republican-controlled legislatures’ efforts to add restrictions on voting and to curb precautions during the coronavirus pandemic. 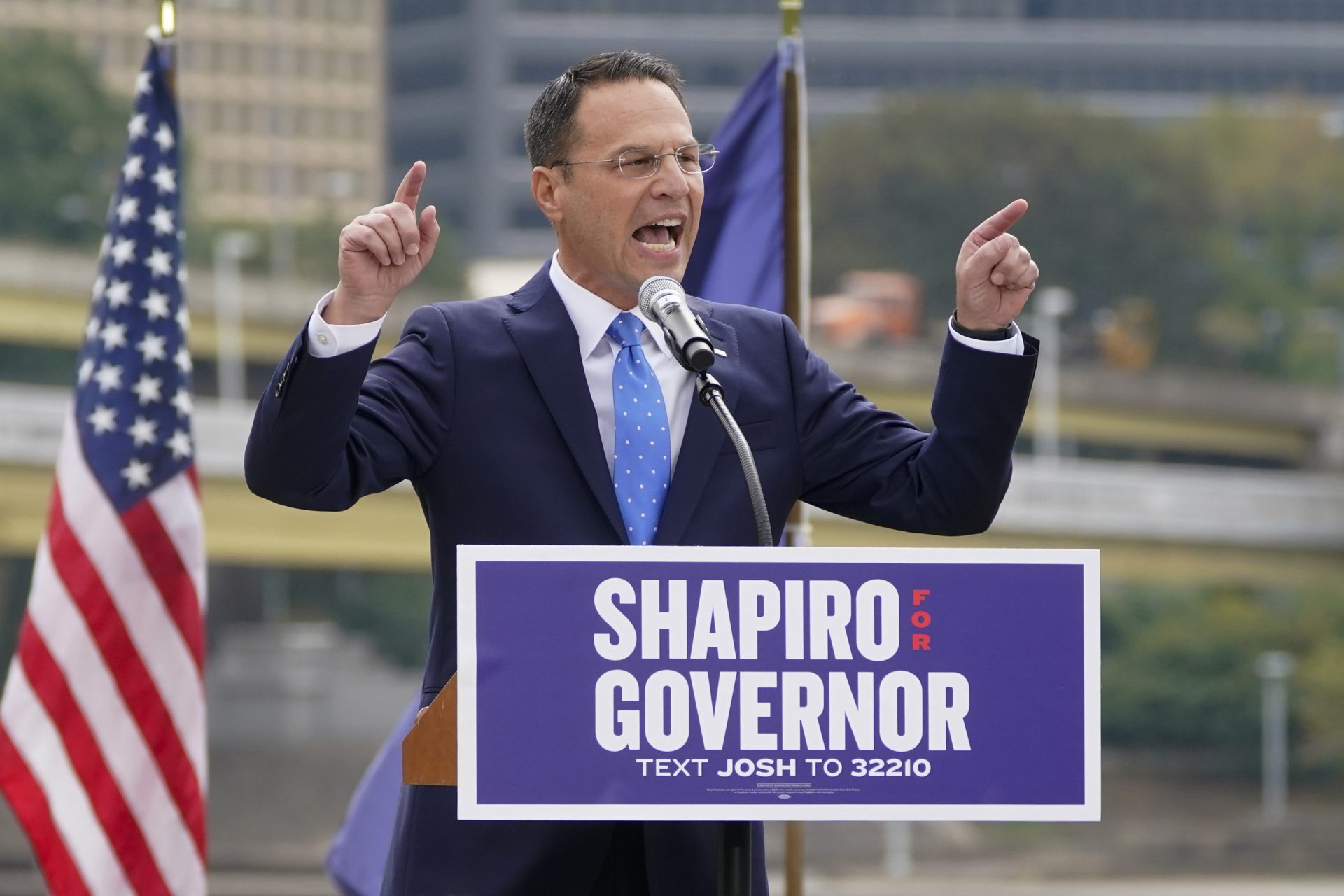 In this Oct. 13, 2021 file photo, Pennsylvania’s Democratic attorney general Josh Shapiro speaks to a crowd during his campaign launch address for Pennsylvania governor, in Pittsburgh. Shapiro, has just over $10 million on hand in his campaign account ahead of next year’s election, his campaign said. Shapiro’s campaign finances have been a hot topic of speculation by insiders, given his reputation as a formidable fundraiser, and the disclosures come three months before the Jan. 31 deadline for gubernatorial campaigns to report year-end finances to the state.

Democrats see added urgency in holding the three governorships, in part because of their role in presidential elections. Trump and his backers last year pushed swing-state governors to name electors who would cast votes for Trump in the Electoral College, even though Biden won their states. All refused, but a new crop of more Trump-friendly governors could act differently should the next presidential race’s results be similarly disputed.

Flipping Michigan and Wisconsin and winning Pennsylvania — Wolf is term limited and can’t run again — would also likely give Republicans a boost heading into 2024 whether that year’s election’s results be ultimately challenged or not.

Republican strategists say Wisconsin and Michigan are among their best pickup chances next year, along with Kansas — a normally deep-red state where Democratic Gov. Laura Kelly narrowly won a three-way 2018 race. Nevada, Maine and perhaps New Mexico could be within reach, they say.

GOP candidates across the country will likely try to energize conservative parents by denouncing schools adhering to “critical race theory,” an academic framework about systemic racism that has become a catch-all phrase for teaching about race in U.S. history. Defending “parents’ rights” to push back against school districts’ efforts to teach about things like institutional racism helped Republican Glenn Youngkin win the governor’s race in Virginia, a state Biden carried by 10 percentage points just last year, and could further resonate in toss-up states.

“When you’re talking about governors, you’re talking about people who are actually in charge of what’s going to wind up in our kids’ schools,” said Rick Hess, director of education programs for the conservative American Enterprise Institute. “For senators and members of Congress, it’s a little more difficult. But this is such a gut-level, values-driven conversation, it will absolutely still motivate.”

Both parties, meanwhile, are also focused on Georgia, which narrowly went for Biden in 2020 and elected two Democratic senators in January. Incumbent GOP Gov. Brian Kemp faces the potential of a primary challenge from a Trump-backed Republican. 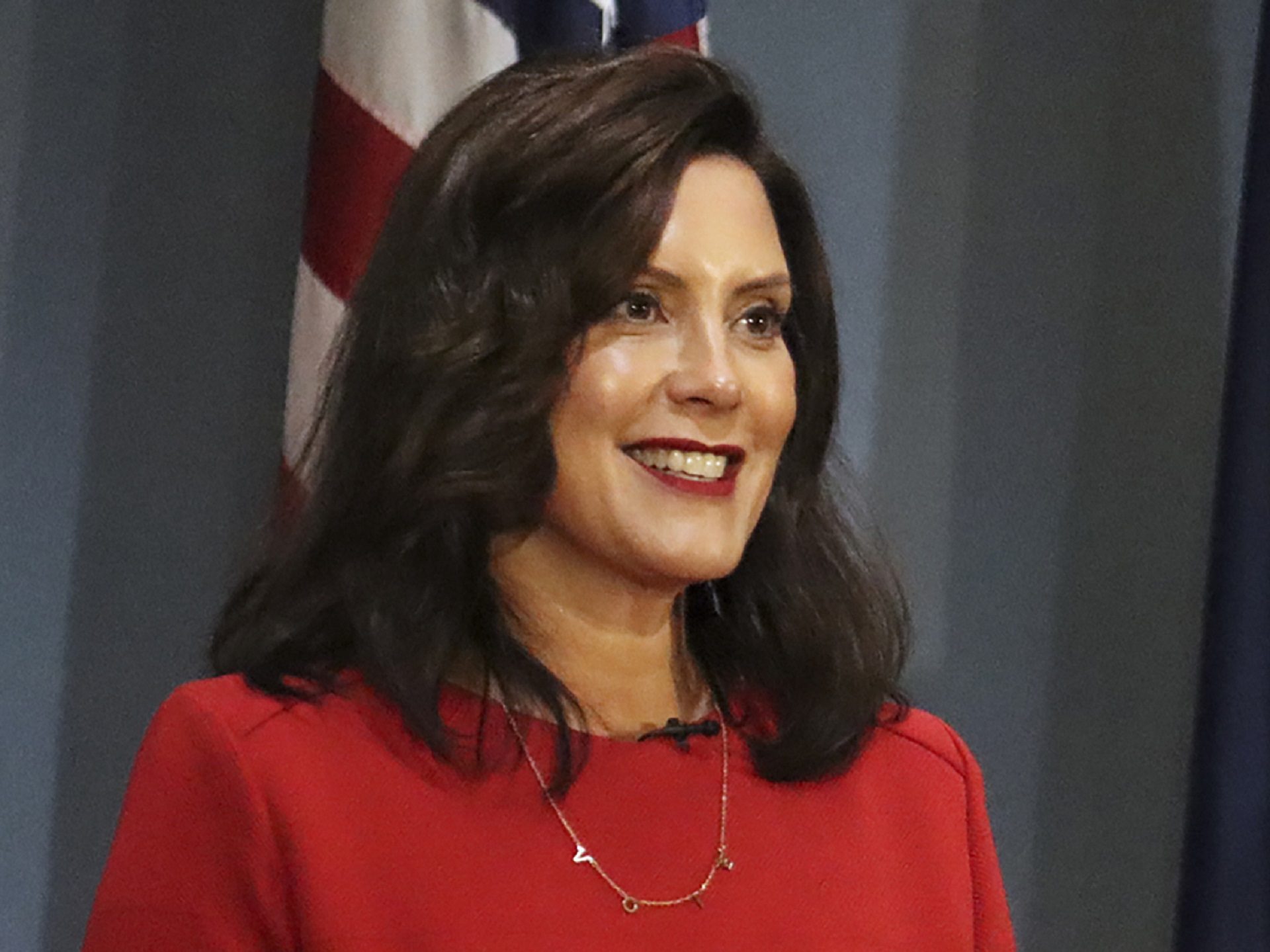 FILE – In this photo Sept. 16, 2020 file photo, provided by the Michigan Office of the Governor, Gov. Whitmer addresses the state during a speech in Lansing, Mich. Gov. Gretchen Whitmer on Wednesday, Sept. 30, 2020, signed a $62.7 billion state budget hours before the new fiscal year, funding a new tuition-assistance program for adults while avoiding major government cuts despite the economic downturn during the coronavirus pandemic. (Michigan Office of the Governor via AP File)

For now, though, Biden’s approval rating has slumped since the early months of his presidency, falling to 48% in an October AP-NORC poll from 59% in July.

That, plus the party being slow to pass its domestic agenda, may be a drag on governors’ in-state accomplishments. Congress approved a White House-backed $1 trillion infrastructure package late Friday, but it came too late to help the party during elections in Virginia and New Jersey.

“Many of the things that we are seeing and hearing about in the Build Back Better infrastructure are things that Democratic governors have already been doing in their states,” Wendi Wallace, deputy executive director of the Democratic Governors Association, said, referencing a spending bill endorsed by the White House which has yet to clear Congress. “Our in-state efforts are sometimes overshadowed by what’s happening in Washington.”

Biden’s trouble, meanwhile, could increase pressure on Democratic governors facing tough reelection fights to distance themselves from the White House in coming months. That’s mostly not happened, though reactions to Biden’s vaccine mandate for all Americans who work at companies of more than 100 employees could offer some hints that schisms are possible.

Polls show that such requirements are popular among Democrats and unpopular among staunch Republicans — but governor’s races are likely to be decided by independent and swing voters.

In Kansas, Kelly argued that mandates like the Biden administration’s vaccine requirements for larger businesses “tend not to work.” Whitmer and Evers have said little about the policy.

The Marquette Law School poll taken last week showed 45% of respondents approve of Evers’ performance, a metric weighed down by approval among independents and in line with pessimism among roughly half of registered voters about the direction the state is headed. Still, a majority of registered Wisconsin voters approve of the job Evers has done handling the COVID-19 pandemic, the poll found.

Whitmer won her first term comfortably in 2018 and became a national face of imposing restrictions to slow the pandemic’s spread last year. But she’s softened some in recent months.

Democratic strategist Amy Chapman said Whitmer has long known that, given the backlash she and other Democratic governors have faced over efforts to control the spread of COVID-19, 2022 would be a challenge. Whitmer was the subject of multiple threats and a kidnapping plot foiled by federal authorities.

“I don’t think there was ever a presumption in Michigan that this was going to be easy,” said Chapman, who was Barack Obama’s state director in 2008 and a senior adviser in 2012. “The governor has known that she really has to be vigilant about this.”