Community members and grassroots organizations were invited to participate in the Community Violence Prevention Summit at Esperanza Health Center in North Philadelphia on November 5, 2021. (Kimberly Paynter/WHYY)

‘This is a Pennsylvania problem’: Bipartisan calls for statewide action on gun violence 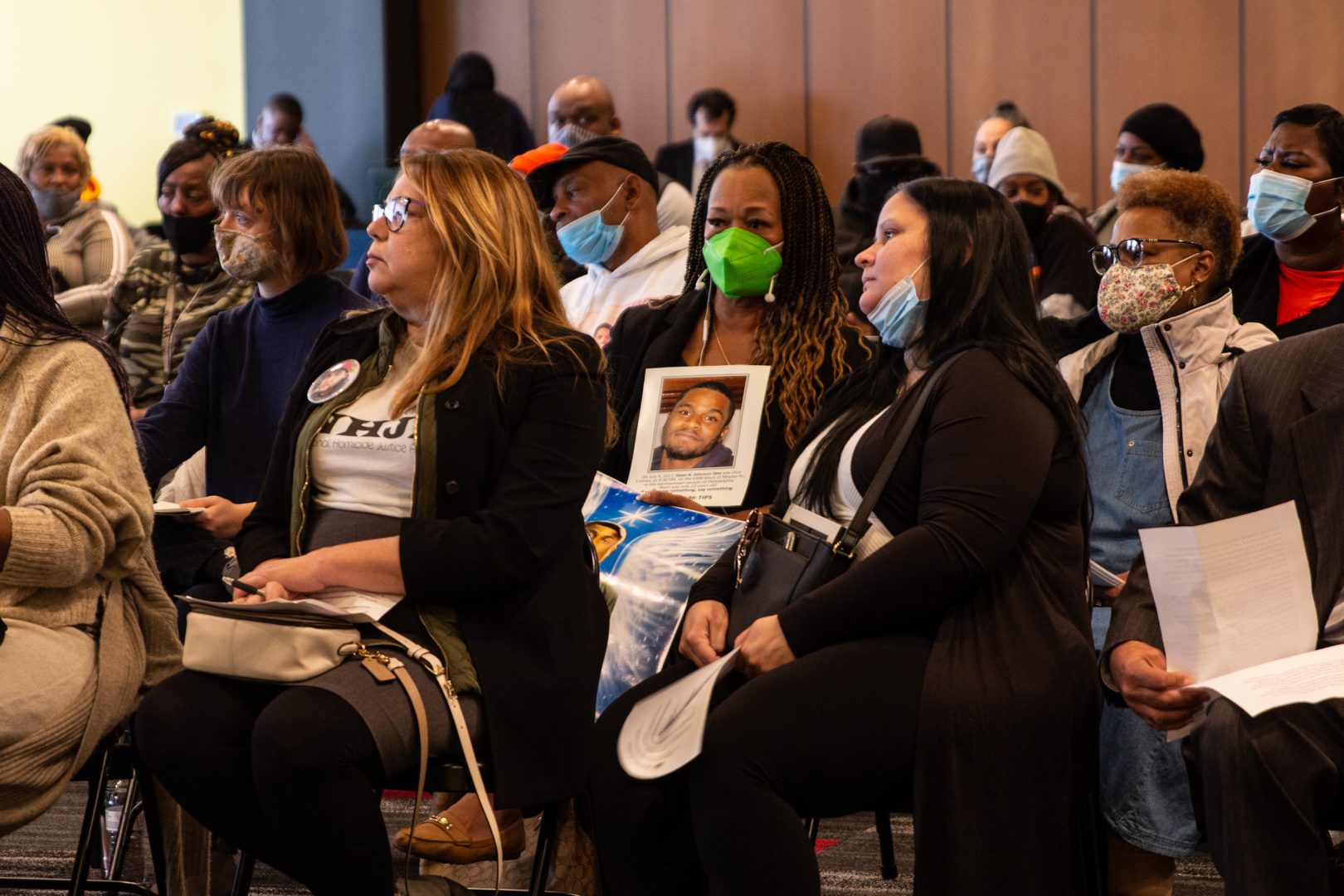 Community members and grassroots organizations were invited to participate in the Community Violence Prevention Summit at Esperanza Health Center in North Philadelphia on November 5, 2021. (Kimberly Paynter/WHYY)

The bipartisan panel appeared at Esperanza College in North Philadelphia in response to increasing violence that has seen over 10,000 people shot in Philadelphia since 2015.

“We need real, lasting answers on how to take our city back from the criminals, from the murderers, from the ones who have no love for themselves or their neighborhoods,” Bilal said. “There has been plenty of talk about this crisis but precious little action.”

Democratic State Sen. Street, who is running for U.S. Senate, said Northampton Republican State Sen. Mario Scavello reached out to him about forming a Crime Prevention Caucus in the legislature to map out strategies to preempt crime. The summit included a formal meeting of the recently convened caucus –– the first of several such events Street said were planned across the state –– with testimony from several city officials and a town hall.

“This is not the judiciary committee. Issues around gun control, harsher sentencing and things like that are important debates that should happen…this is not the formal forum for that,” said Street, whose nephew was murdered over the summer. “We talked about creating a committee where we could fund programs and address, through fiscal actions, the social determinants of violence.”

Street noted the need for a statewide response to violence, as cities, like Harrisburg itself, grapple with increasing murder rates. State representative and fellow caucus chair Austin Davis, from Western Pennsylvania, described gun violence as a crisis facing many communities across the state.

“This is not just a Philadelphia problem, this is a Pennsylvania problem,” Davis said. “It is an issue that has been put on the backburner for far too long in Harrisburg.”

Philadelphia Police Commissioner Danielle Outlaw and District Attorney Larry Krasner were also on hand to give testimony about the state of gun violence in the city, and local responses.

Outlaw said her department is focused on a multi-pronged strategic plan that includes “three pillars” of public safety ––  organizational excellence, crime prevention and violence reduction, as well as community outreach and inclusion.

“All… are necessary to accomplish our goals of trust and legitimacy, which will result in safer communities,” she said. “And prove we are committed to a higher standard.”

The department, like many across the country, has been under fire for years over civilian deaths, officer arrests, and allegations of a racist internal culture. Outlaw acknowledged that internal reforms and more community outreach were needed to repair the department’s reputation.

But rising crime rates, she said, illustrated the need for a strong and visible police presence across the city.

“Point blank, we need more boots on the ground,” she said.

Krasner called on officials to replicate some direct anti-crime strategies seen in other major cities, like an anti-gang violence program employed in Los Angeles. Krasner, a progressive DA who was reelected by wide margins but has also taken heat over the murder rate, underscored that the spike in shootings amid the pandemic had proven the need for social responses to crime prevention, in addition to enforcement.

If Pa. Sen. Mastriano wants to be governor, he may have to moderate