Pennsylvania Governor Tom Wolf speaking with the press. Building on his successful It’s On Us PA initiative, Governor Tom Wolf today unveiled a four-bill package that will further strengthen protections for students and combat sexual assaults on campuses. The governor has made Pennsylvania a national leader in addressing sexual violence and changing the culture on campuses across the state. OCTOBER 18, 2021 - HARRISBURG, PA

A spokesperson for the Democratic governor said “it was an honest mistake.” 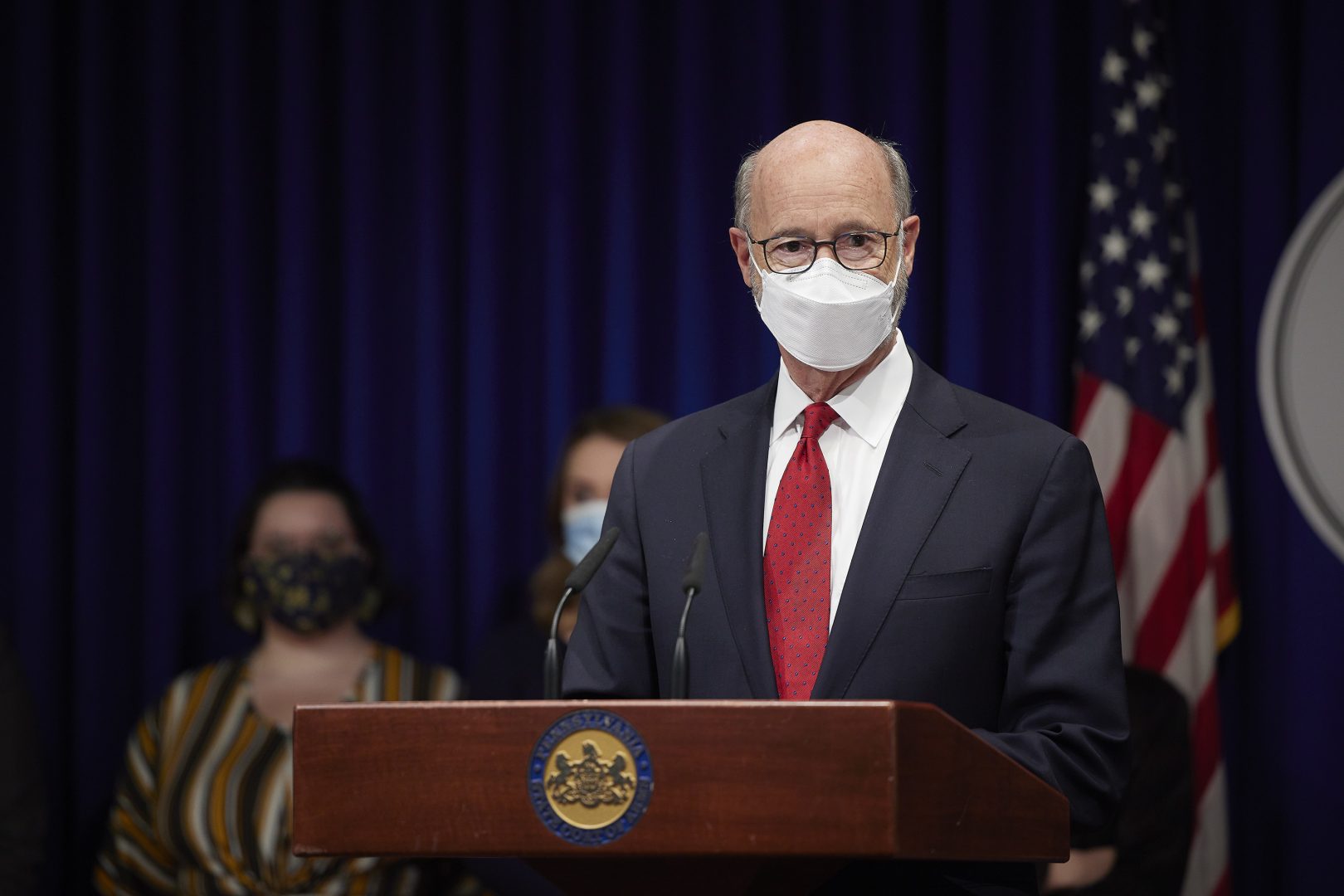 Pennsylvania Governor Tom Wolf speaking with the press. Building on his successful It’s On Us PA initiative, Governor Tom Wolf today unveiled a four-bill package that will further strengthen protections for students and combat sexual assaults on campuses. The governor has made Pennsylvania a national leader in addressing sexual violence and changing the culture on campuses across the state. OCTOBER 18, 2021 - HARRISBURG, PA

(Harrisburg) — Gov. Tom Wolf on Tuesday revealed his wife, First Lady Frances Wolf, dropped his mail ballot off for him, a violation of Pennsylvania election law.

State law currently prohibits, in most cases, anyone other than the voter from returning a mail ballot, an act punishable by up to one year in prison, a fine of up to $1,000, or both.

On the “KDKA Radio Morning Show,” host Kevin Battle asked Wolf if he visited the polls to vote in person during Tuesday’s municipal election.

“I didn’t show up in person at the polls. We voted a couple weeks ago, actually,” Wolf said. “My wife actually dropped it off personally two weeks ago, so it’s there.” 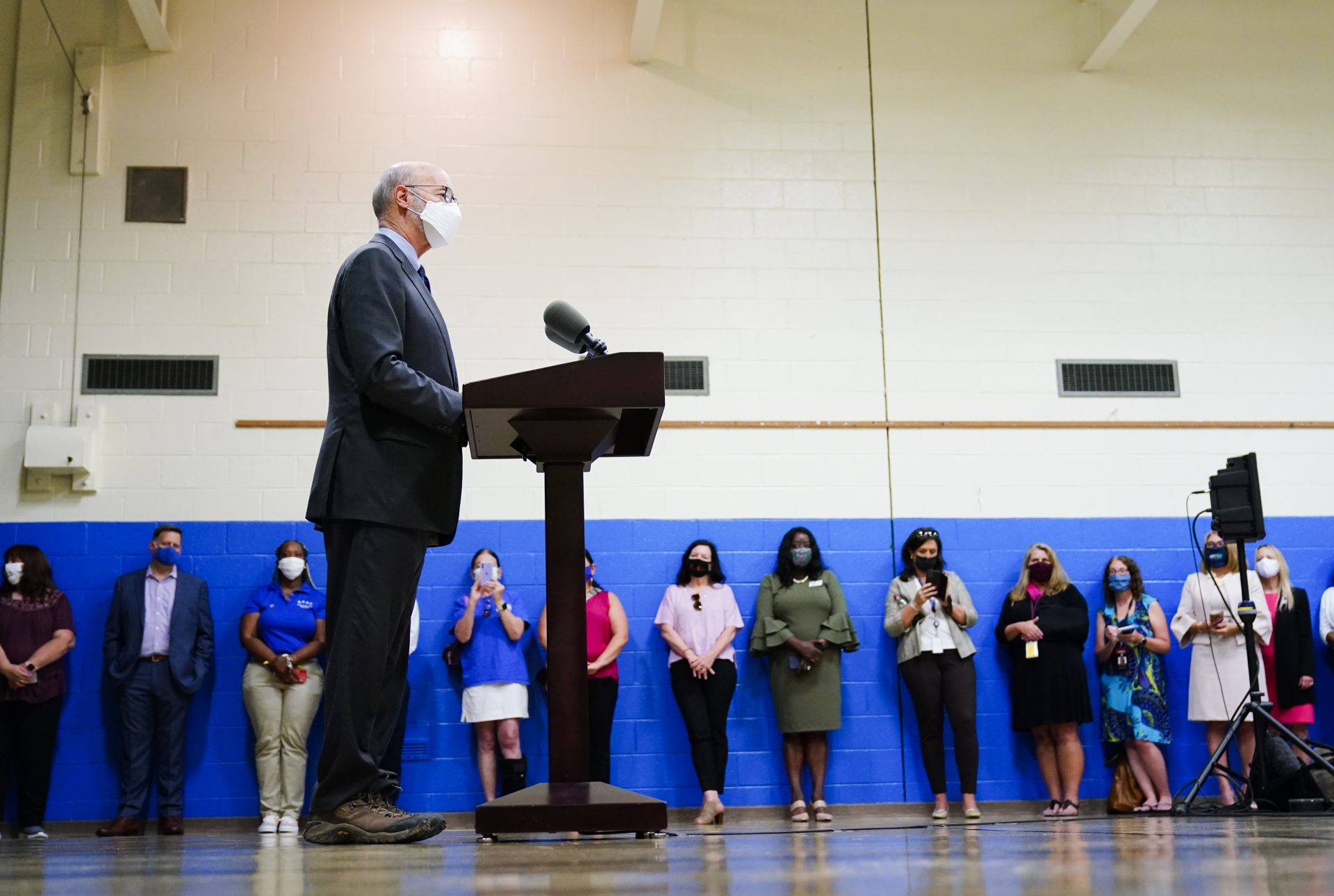 Wolf did not say where his wife dropped off his ballot. Elizabeth Rementer, a spokesperson for Wolf, said only “it was an honest mistake.”

Pennsylvania law does allow voters with disabilities who aren’t able to return their own ballot to designate someone else to do it for them. A voter can also designate a representative to return an emergency absentee ballot.

But in all other cases, voters have to mail or bring their ballot to an elections office, satellite location, or drop box themselves.

Kyle King — a spokesperson for the district attorney in York County, where Wolf lives — said as a general policy, the office does not comment on the existence of an investigation. He also would not say whether the office had received a complaint about how Wolf voted.

The violation came to light after state Rep. Seth Grove (R., York), who leads the state House committee that considers election issues, pointed the interview out on Twitter.

“This is illegal under the election code,” Grove tweeted, “BUT would have been legal had [Wolf] signed HB 1300.”

Wolf in June vetoed HB 1300, a wide-ranging election reform package introduced by Grove. It would have allowed members of the same household to return each other’s ballots. Inspectors of election from the two major parties would have been required to verify the identity of each person dropping off a ballot and ensure the voter signed and dated it.

The bill would have also implemented stricter voter identification requirements, allowed in-person early voting, and required signature verification of mail ballots. Wolf vetoed the bill, in part, because of the ID rules.

In an interview with The Inquirer, Grove was understanding of the mistake. “This happens,” he said. “No one is an election law expert, right? Average citizens aren’t.”

“We wanted to make the change to allow that interaction because we get it: It is convenient for a spouse to drop off your ballot,” said Grove, who has reintroduced similar election legislation.

Angela Couloumbis of Spotlight PA and Jonathan Lai of The Inquirer contributed reporting.