One thing does seem clear based on early election returns: Results varied dramatically depending on the underlying politics of a district. 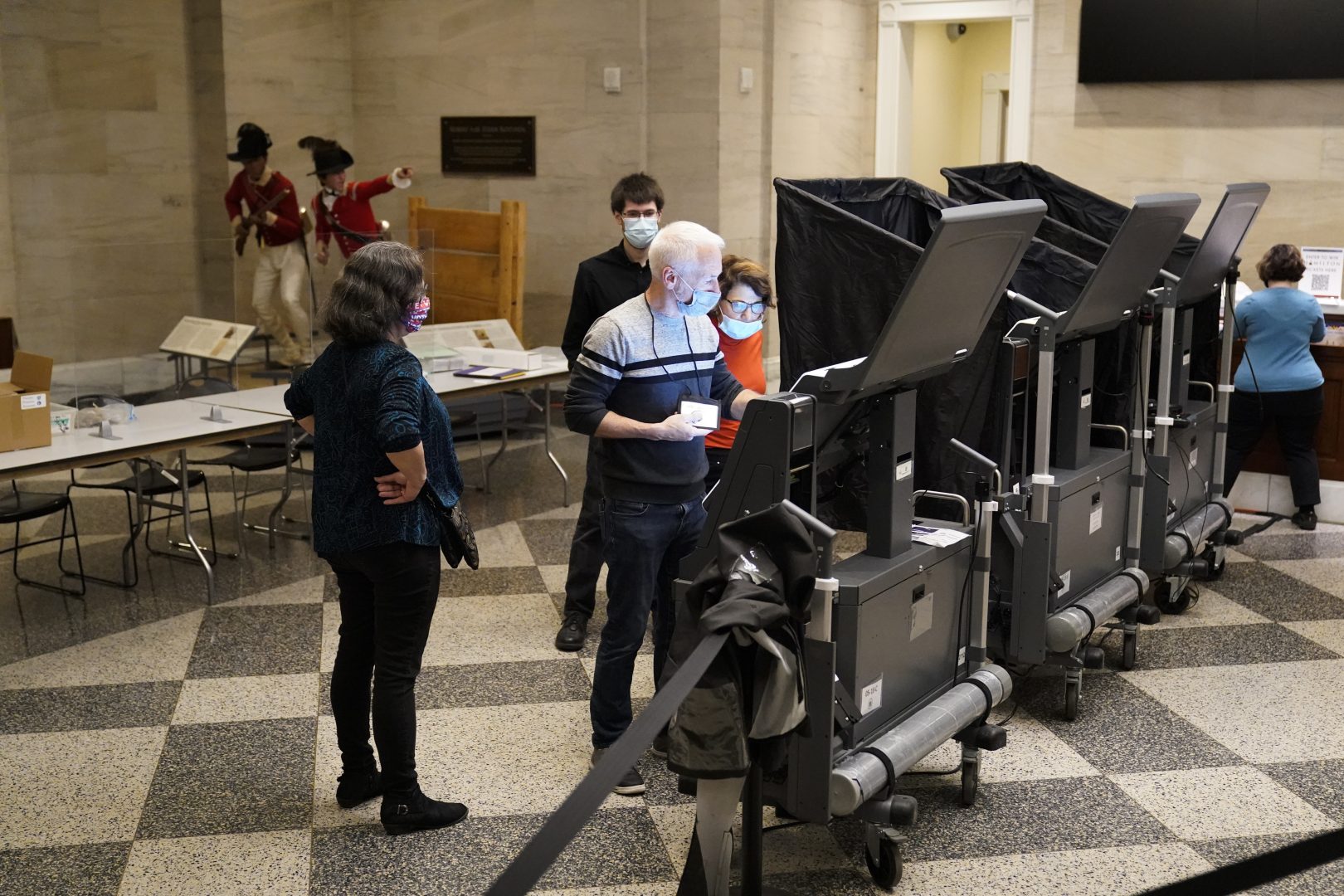 (Philadelphia) — With municipal election results still not final in several key counties, it’s too soon to assess the full impact of a massive, conservative spending campaign in school board races across Pennsylvania.

One thing does seem clear based on early election returns: Results varied dramatically depending on the underlying politics of a district.

Take Radnor School District, in Delaware County, an affluent community of about 30,000 people, with a median income of more than $127,000. Like much of Delco, voters here skew liberal. Last year, nearly 70% of the township went for President Joe Biden.

Those politics were apparent in its school board, which was entirely Democratic heading into the 2021 municipal election. But in the wake of COVID-19 mitigation efforts and an emotional fight over changing the school’s mascot — from a depiction of a Native American “raider” to a raptor — a discontent with the status quo bubbled up.

It culminated in a group that called itself Reimagine Radnor. Run by a Republican and a Democrat, it managed campaigns for four GOP candidates. Like 54 other, similar groups around the commonwealth, the Radnor group got an influx of cash from a PAC founded by venture capitalist Paul Martino with the stated goal of keeping schools open for in-person learning — $15,000 all told, a lot for a school board race.

Ultimately, the money didn’t translate into success. All four Democratic incumbents running in Radnor retained their seats, and the board remains totally blue.

None of the GOP candidates returned requests for comment, but they offered their own post-mortems of the race on their campaign Facebook pages.

“I understood that my candidacy was a bit of a long shot,” wrote one of the GOP candidates, Bob Whitehead. “This is only the beginning. The last year has highlighted how critical it is for parents and taxpayers to assert themselves and remain vigilant.” 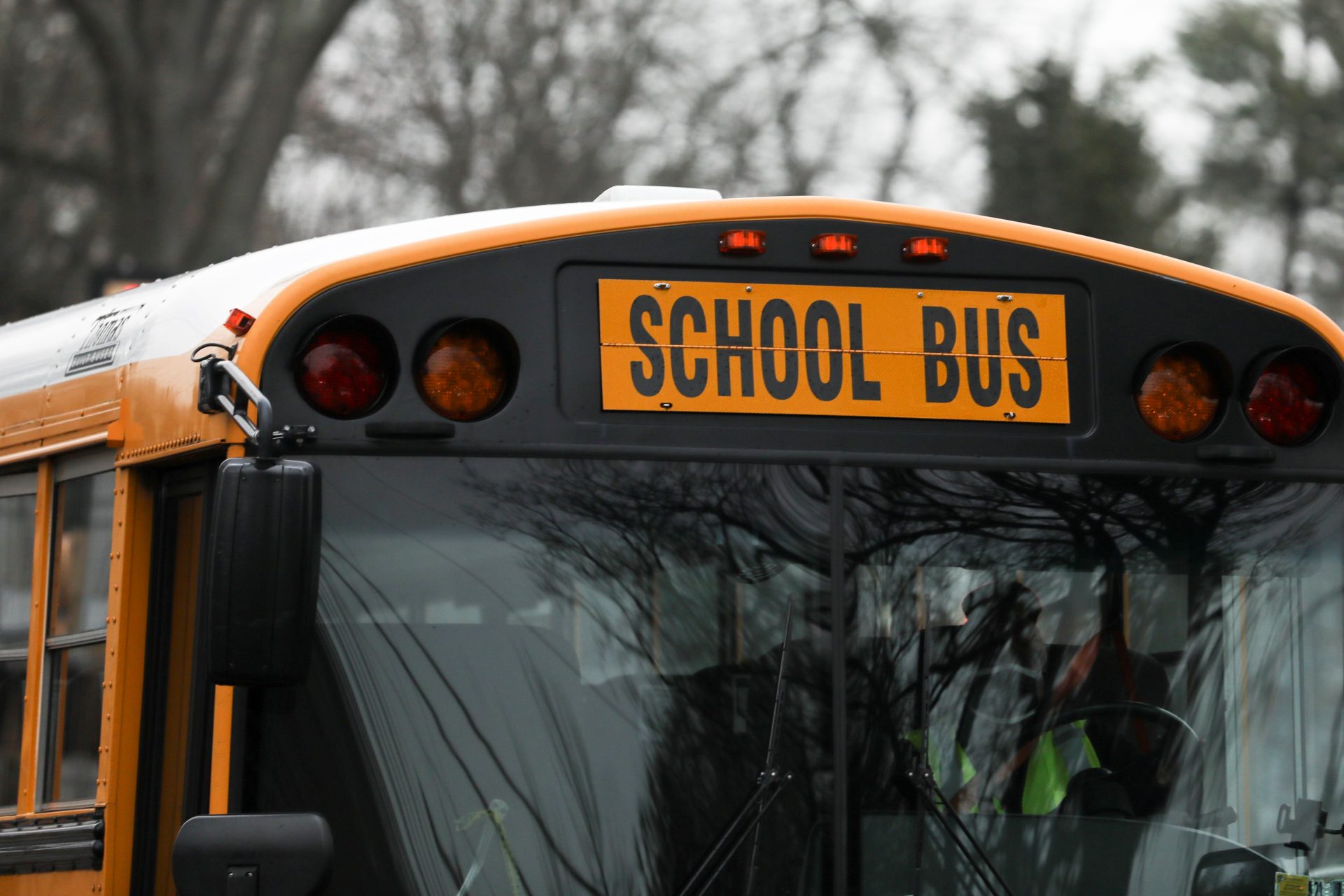 To test how easily and quickly the public could access this information less than two weeks before the election, Spotlight PA requested reports for school board candidates in nine counties.

Another candidate, Beth Connor, wrote that in school board elections two years ago, “the results looked drastically different … this time, it was a much tighter race.”

Another change compared with recent municipal elections was turnout. In 2017, the last set of municipal elections directly after a presidential contest, only about 2.1 million people voted in the top statewide contest for Supreme Court. The vote count is still incomplete for this year’s top race, also a Supreme Court contest, but as of Wednesday evening, 2.6 million votes had been counted.

Several of the races where nearly all votes have been counted showed a similar pattern to Radnor’s. If one party was already dominant, that party tended to remain dominant, regardless of any influx of cash.

In Bucks County, the Pennsbury School District had already been controlled entirely by Democrats, and Martino’s money didn’t change that. A slate of four candidates backed by his PAC failed to capture any seats.

The Pennridge School District, farther north in Bucks, had been GOP-controlled going into the election. The Republican incumbent running for reelection held on easily, and four others kept the open seats on the board red.

Mary Nogami, who has four children in the district, hoped to help flip the board. She was upset when the current members voted 6-1 in August to pause the district’s Diversity, Equity and Inclusion initiatives. Nogami is white, her husband is white and Japanese — and this runs counter to the values they want to instill in their biracial kids.

“I feel like fear and distorting the truth and misinformation won the day, and I’m worried that the students are the ones that are gonna lose,” she said. “I feel like the anti-DEI message came from a national level and was handed down to the district.”

Dozens of the races the PAC focused on still aren’t called. Many were in the Philadelphia suburbs, and as of Wednesday evening, Bucks and Delaware counties had nearly completed their vote counts, but Chester and Montgomery Counties still had about 10,000 and 20,000 mail ballots still to tabulate, respectively.

Martino said that as of 2 p.m. Wednesday, about 60% of the races where his PAC had spent money had been called, and they had been victorious in 72% of the contests. Results were still unclear in the remaining 40%.

“Overall, we are pleased with initial results,” he said in a text message. “We got really big turnout overall.”

Some of the still-uncalled races are in districts where political control seems more up for grabs, including Avon Grove School District in Chester County. The nine precincts that make up the district’s voting bloc all skew at least slightly left, but they’re politically mixed. The most liberal precinct went for Joe Biden by 69% last year, but the most conservative went for Biden by less than half of a point.

Palmyra First funded mailers with disinformation targeting Republicans who are running on the Democratic ticket.

The race in Avon Grove was especially combative. The $10,000 Martino contributed to the Republican candidates went, among other things, to a slick attack ad that claimed incumbent Democrat Bill Wood supported bringing “Marxist agendas into our schools.”

Ballots are still being counted in the tight race between Bill Wood and his challenger, Republican Michael Bruecks.

“It’s been an emotional roller-coaster,” Wood said Wednesday afternoon. “I’ve been beaten up, and I feel like our district has been unfairly beaten up, and the race is still too close to call.”

He believes many in the community were primed by conservative national news to mistrust Democrats nationally in school board races, but thinks the local PAC sowed doubt among some of his more moderate, former supporters.

“I knocked on a lot of doors in the last days of the race and people would look at me like, you know, there’s just distrust in their eyes,” he said. “So I think that was really the effect of that attack ad, it didn’t necessarily energize any more people, but the people who might have supported me either stayed home or perhaps switched to my opponent.”

Regardless of who wins, Wood worries about the longer-lasting effects of this year’s particularly toxic school board campaigns.

“That’s the saddest thing to me is this notion that you should no longer trust what your district is doing,” he said, referring to curriculum decisions. “And that’s gonna be a hard thing to repair. It’s gonna take a lot of work from the district whether I win or lose in the end.”

Pennsylvania wasn’t the only state with contentious school board races.

Jeffrey Henig directs the politics and education program at Columbia University’s Teachers College and studies what he calls the “nationalization of education politics.”

While it’s still early for a full political analysis, he said, election results across the country were “a little bit of a mixed bag.”

It’ll take more time to analyze the results, but the nationwide wave of anti-CRT school board campaigns (the “Southlake strategy”) did well in some places, but not everywhere. Lots of these races broke down along the same partisan lines as in 2020. Some examples …

In some districts, conservative candidates whose campaigns focused on opposing critical race theory failed to gain traction. Henig pointed to Guilford, Connecticut, where voters rejected the Republican slate by a 2-1 margin. In one Milwaukee district, a well-funded effort to recall four school board members in part due to their equity initiatives failed.

But some candidates who loudly rejected mask mandates and CRT gained seats across the country, including in Colorado Springs-area districts, or fended off Democrat challengers, like in Lancaster County.

Henig said it’s not surprising that results were mixed.

“These races depend partly on the national framing, but they also still turn quite a bit on local specifics,” he said, “including the confidence that voters in particular jurisdictions have that their current school officials are doing a decent job.”