The question Wednesday was how far state and local governments may go in regulating whether an individual may carry a gun outside the home. 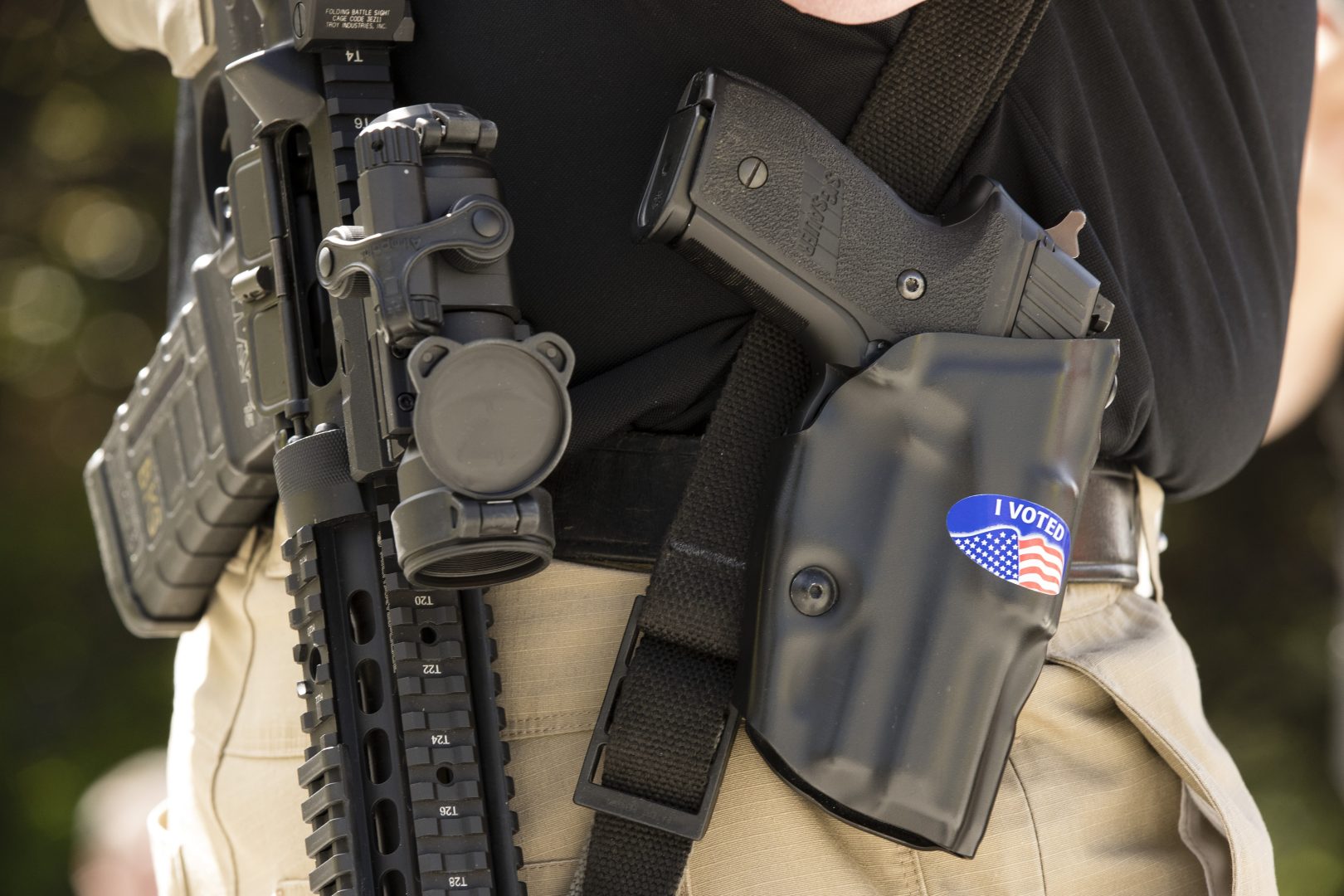 (Washington) — At the U.S. Supreme Court, the conservative majority seemed ready Wednesday to broaden gun rights by striking down a New York law that limits the right to carry concealed handguns.

Some 80 million people live in states that, like New York, limit concealed carry.

In 2008, the court ruled for the first time that the Second Amendment right to keep and bear arms guarantees individuals the right to have a gun at home for self-defense. The question Wednesday was how far state and local governments may go in regulating whether an individual may carry a gun outside the home.

At issue was New York’s law restricting licenses to carry a concealed gun to people going hunting or shooting, or to those who can demonstrate a special need for self protection, like a bank messenger carrying cash.

Lawyer Paul Clement, representing those challenging the law, told the court the statue is blatantly unconstitutional because it treats the right to bear arms as a privilege, not a constitutional right.

He got plenty of pushback from the court’s three liberals, and some from Chief Justice John Roberts. Could a university ban guns from the campus? Clement dodged Roberts’ question, suggesting that most campuses are open to the public. The chief justice pressed further.

“Well, what sort of place do you think they could be excluded from?” he asked. “Could the state say, ‘You cannot carry your gun at any place where alcohol is served’?”

Justice Elena Kagan jumped in: What about subways? Or ballparks? Or large protests?

Clement demurred, saying that these examples would have to be worked out on a case-by-case basis.

Justice Stephen Breyer wasn’t satisfied: “I think that people of good moral character who start drinking a lot and who may be there for a football game, or some kind of soccer game, can get pretty angry at each other.” And if they each have a concealed weapon, he said, there are plenty of statistics showing “a lot of people end up dead.” So, asked Breyer, what is the court supposed to say in its opinion “that is going to be clear enough that we will not produce a kind of gun-related chaos?”

Clement’s answer to such questions was to avoid specifics about where guns could be banned. “At the end of the day, I think what it means to give somebody a constitutional right is that they don’t have to satisfy a government official that they have a really good need to exercise it,” he said.

But if Clement got some pushback, it was nothing like what New York Solicitor General Barbara Underwood got.

The chief justice pointed to the court’s landmark decision in 2008 based on the right to self-defense. And he suggested that having a gun for self-defense may be more important to people living in densely populated areas than it is rural areas.

“Well, how many muggings take place in the forest?” he asked Underwood.

Justice Samuel Alito spoke about people who work late at night in Manhattan, people who clean offices, a nurse, an orderly, a dishwasher, and when they have to walk to a subway or bus stop or walk home, “they are scared to death,” as he put it, and they apply for a license.

But ‘they do not get licenses, is that right?” he asked Underwood.

“That is in general right, yes,” she replied, if there is no particular personal threat to them.

Alito shot back, “But how is that consistent with the core right to self-defense, which is protected by the Second Amendment?”

At the end of the day, there seemed to be little doubt that a conservative majority will strike down New York’s law. Of the six conservative justices, only Justice Amy Coney Barrett did not telegraph her view.

The unanswered question appeared to be just where the court will allow guns to be banned in the future. The subway? The ballpark? Large protests? Places that serve liquor? That was not clear. And it’s entirely possible the Supreme Court won’t answer those questions in this case.