At least 13 candidates on Tuesday's ballots for state or local offices were in Washington, D.C., for the rally promoting the lie that the 2020 presidential election had been stolen. 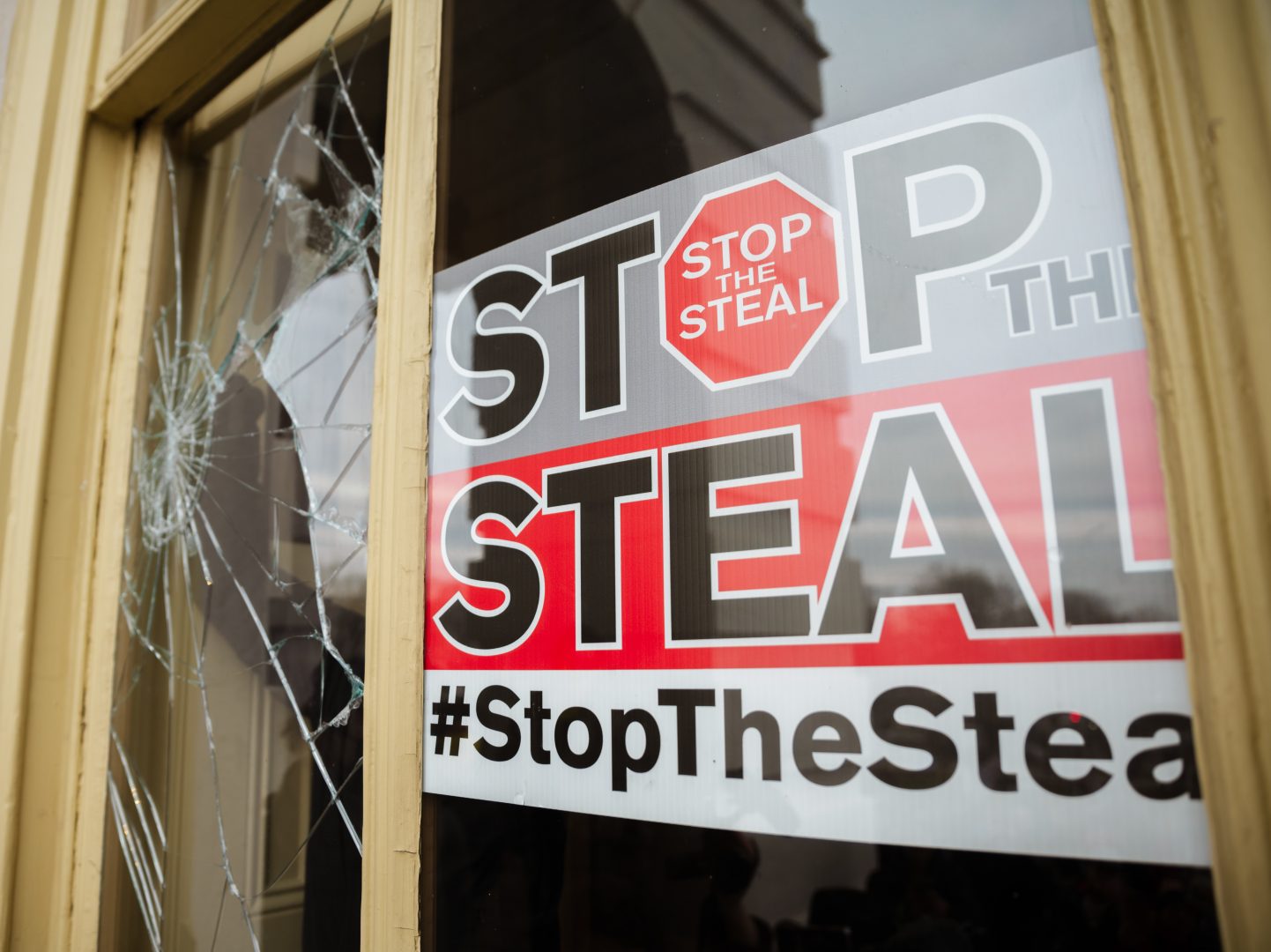 (Washington) — At least six state or local political candidates won their elections on Tuesday, less than 10 months after they attended former President Donald Trump’s “Stop the Steal” rally on Jan. 6, the day when thousands of rioters stormed the U.S. Capitol.

At least 13 candidates on Tuesday’s ballots for state or local offices were in Washington, D.C., for the rally promoting the lie that the 2020 presidential election had been stolen from Trump, according to a list compiled by BuzzFeed News. None of them have been charged with any crimes in connection with the Jan. 6 riot or accused of entering the Capitol that day.

Five of the 13 were running for seats in the Virginia House of Delegates, which Democrats and Republicans are battling to control. Three of the five, including two incumbent legislators, won their races on Tuesday.

The House remained up for grabs Wednesday, with a handful of competitive races still too early to call.

The list of losing candidates who attended the “Stop the Steal” rally included Oath Keepers member Edward Durfee Jr., who ran for the New Jersey General Assembly. He finished third behind two Democrats. Durfee worked a security detail for the Oath Keepers outside the Capitol on Jan. 6, Gothamist reported, but he isn’t accused of joining other members of the far-right paramilitary group in storming the building. 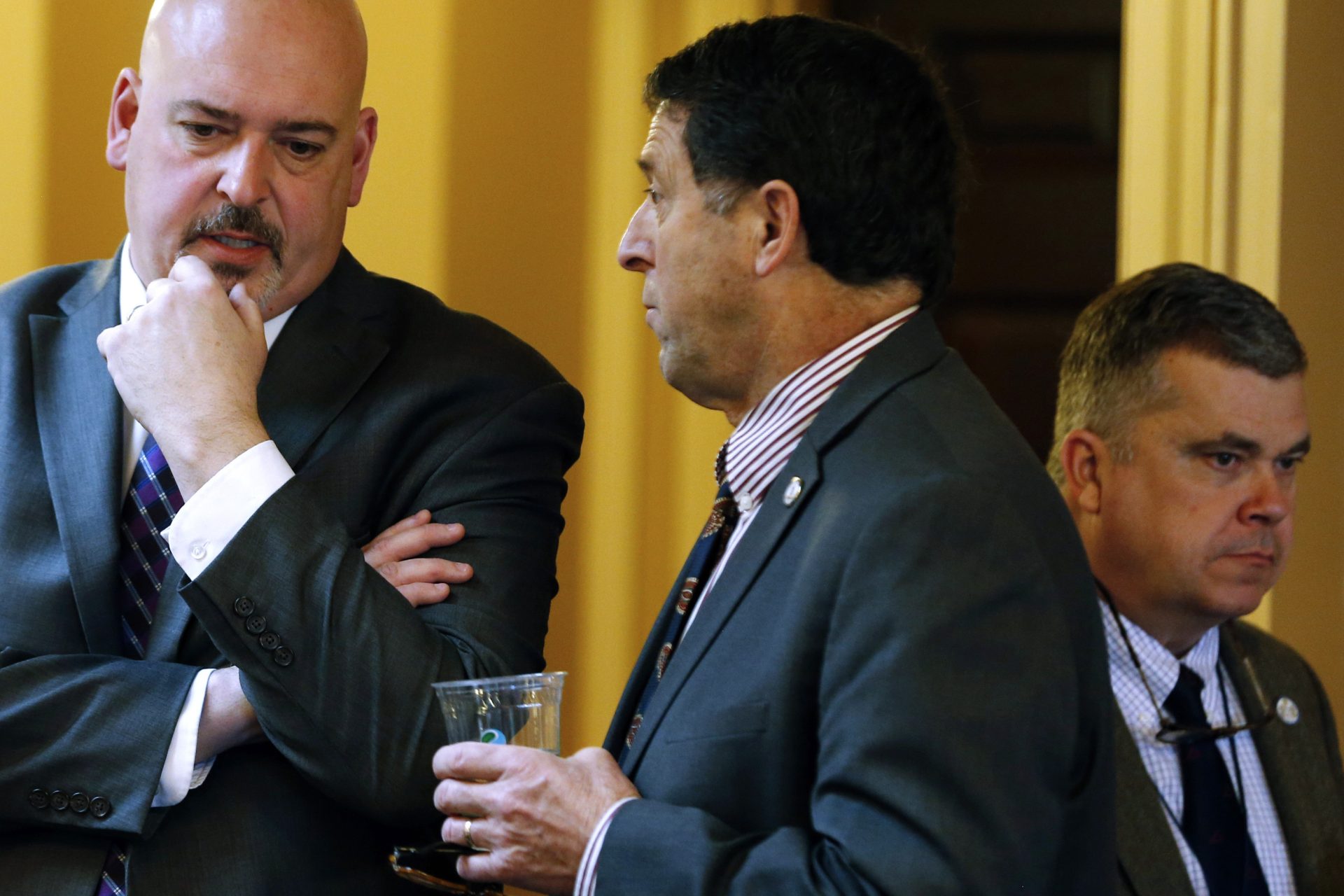 The three rally attendees who won their Virginia House races were incumbents Del. Dave LaRock and Del. John McGuire and Marie March, who won an open seat. The two losers in Virginia were Philip Hamilton and Maureen Brody. BuzzFeed News reported that Hamilton and Brody were at the Capitol on Jan. 6.

March said during an interview Wednesday that she doesn’t regret attending Trump’s Jan. 6 rally with her husband and father. She said they left before Trump finished his speech and the mob breached the Capitol and they didn’t go to the Capitol before returning home.

“We’re in a very conservative district and a lot of people do like Donald Trump,” March said. “He was the sitting president of the United States of America at the time. We went to see him speak.”

March, who owns a restaurant in Christiansburg called Due South BBQ, said she was motivated to run for office in part by an incumbent Democratic lawmaker from a neighboring district who tweeted, “Who wants to start a BBQ joint in the (New River Valley) where the owners don’t participate in an attempted coup?” 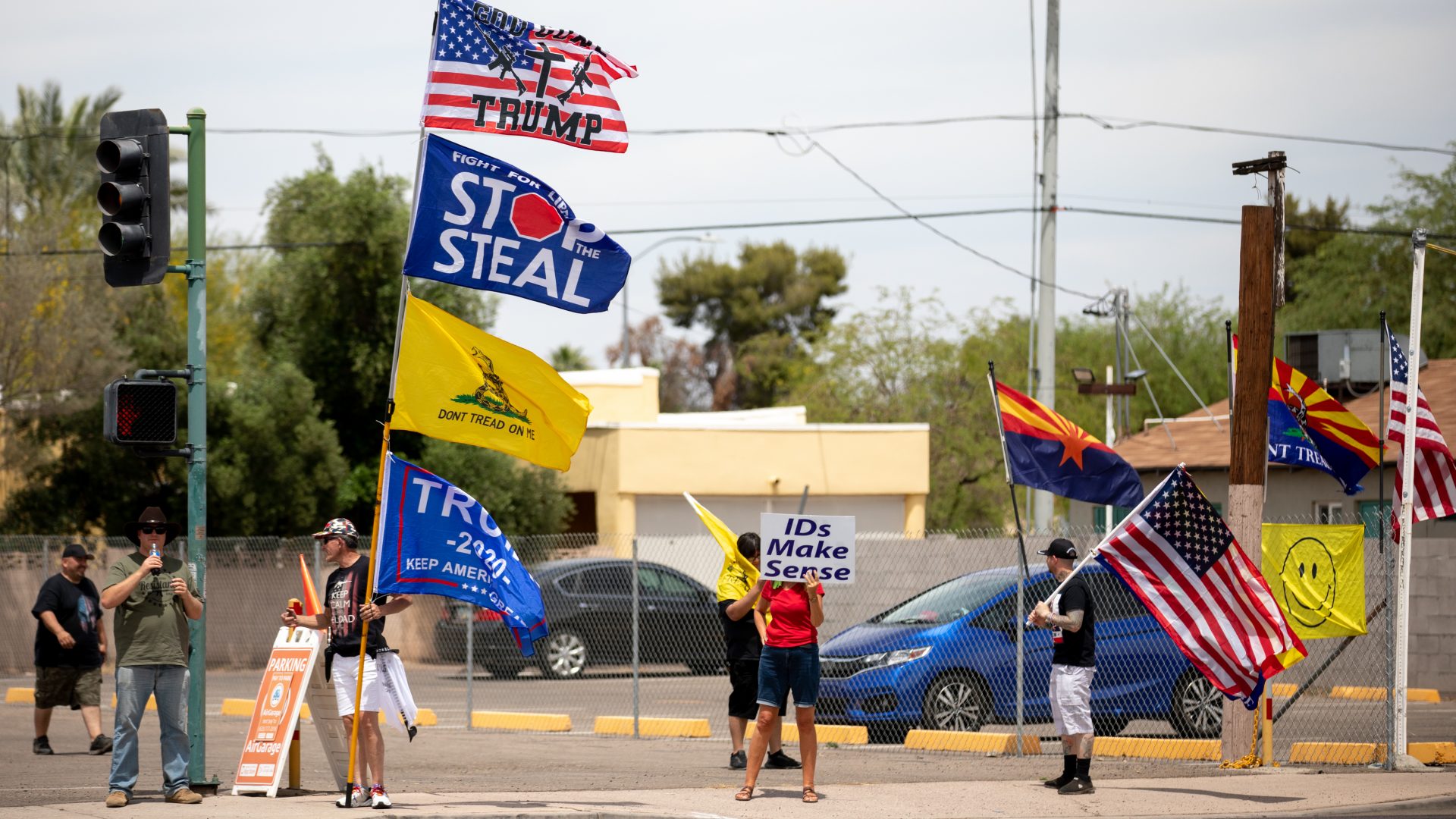 Demonstrators in support of former President Donald Trump gather on May 1 outside the Arizona Veterans Memorial Coliseum in Phoenix, where a controversial 2020 general election review was set to begin. Trump has heartily supported the audit.

“I won and he lost, so it’s kind of poetic justice,” March said of Del. Chris Hurst.

Over 650 people have been charged with federal crimes in the Jan. 6 riot. Several members of the Oath Keepers and Proud Boys, another far-right extremist group, are charged with plotting coordinated attacks on the Capitol to stop Congress from certifying President Joe Biden’s electoral victory.

Trump urged the crowd of his supporters to march on the Capitol, saying, “If you don’t fight like hell, you’re not going to have a country anymore.” The Democratic-led U.S. House impeached Trump on a charge he incited the riot, but the Republican-led Senate acquitted him.

LaRock told The Winchester Star in January that he saw rioters attacking the Capitol after attending Trump’s speech, but didn’t join them.

“I don’t know what constitutes the Capitol grounds, but I certainly didn’t enter the Capitol,” LaRock told the newspaper.

McGuire told The Washington Post in July that he was at Trump’s rally but didn’t enter the Capitol that day. He later issued a statement saying he had joined thousands of law-abiding citizens at the rally “to voice our support of a free and fair elections process.”

“When I arrived home and saw the news, I was just as shocked and horrified as everyone else to see that people had entered the Capitol. It was a tragic day, and one we won’t soon forget,” his statement said, according to the Richmond Times-Dispatch.