Laurie Parnell's testimony came during divorce and custody proceedings in Butler County court over the custody of their three school-age children. 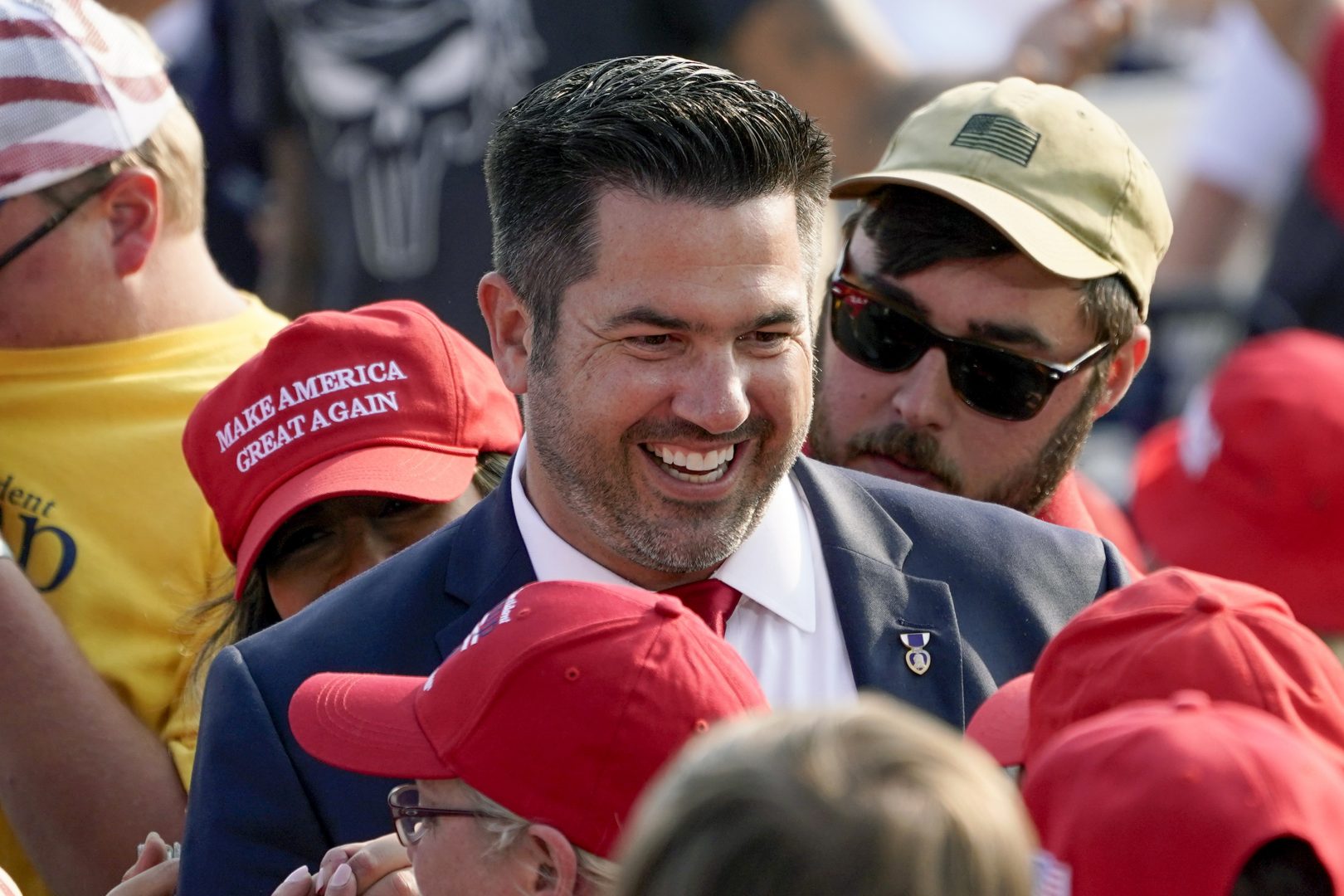 (Harrisburg) — The estranged wife of Sean Parnell, the Republican endorsed by former President Donald Trump for U.S. Senate in Pennsylvania, testified under oath Monday that she endured years of rage and abuse from him, including being choked until she had to bite him, a newspaper reported.

Laurie Parnell’s testimony came during divorce and custody proceedings in Butler County court over the custody of their three school-age children, the Philadelphia Inquirer reported.

In their suburban Pittsburgh home, the family was “walking on eggshells. The minute he walked back into the house we were petrified,” she testified.

At one point, Laurie Parnell testified, “he tried to choke me out on a couch and I literally had to bite him” to get free. “He was strangling me,” she said, according to the Inquirer.

She testified that, once after a Thanksgiving trip, he forced her out of their vehicle and left her alongside the highway during an argument when he told her to “go get an abortion.” 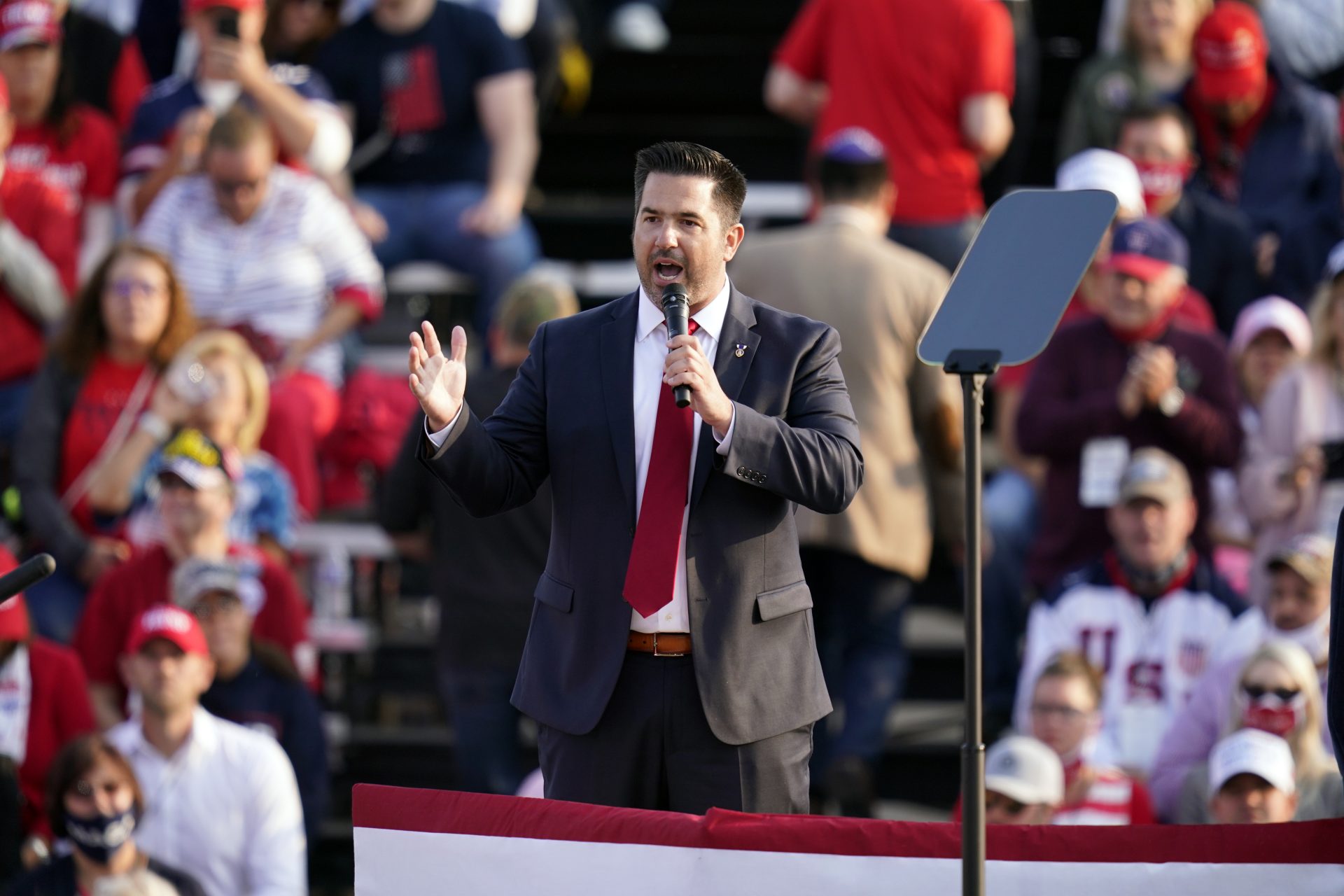 Laurie Parnell also testified that Sean once slapped one of their children hard enough to leave welts through the back of the child’s shirt.

One time, he called her a “whore” and other obscenities while pinning her down.

“It just got worse and worse” she testified.

The Parnells have been living apart for at least three years, but have split custody of their children evenly.

Sean Parnell, a decorated former Army Ranger who led a platoon in Afghanistan, was diagnosed with post-traumatic stress disorder, she testified.

Parnell has been open about that diagnosis, saying in the past that he was diagnosed with traumatic brain injury and PTSD.

In a statement released by his campaign, Sean Parnell disputed her claims and said he would “set the record straight” when he testifies next week.

“We anxiously await the opportunity to refute these hurtful, baseless allegations,” the statement said. “Let me emphatically state: I have never raised a hand in anger towards my wife or any of our three children. What happened today in court was not justice, nor did it have any basis in fact or truth. Next week, I’ll have an opportunity to present the truth to the court and I look forward to that opportunity.”

The hearing is to resume in a week.

Parnell penned a memoir of his service in Afghanistan, which became a New York Times bestseller.

In it, he described being in heavy combat during his tour in 2006 and 2007, and sustaining wounds that prevented him from returning to combat, describing dizziness, having difficulty with motion and becoming forgetful and unsteady on his feet.

In the process, he became a friend of Donald Trump Jr. and a favorite of Trump, even landing a coveted speaking slot at the 2020 Republican National Convention.

Parnell’s history with his wife became a subject in the Republican primary campaign, days after Trump endorsed Parnell over several other rivals for the GOP nomination in next year’s election.

One rival, real estate developer Jeff Bartos, publicly attacked Parnell for allegations in the divorce and child custody dispute, bringing up restraining orders sought by Parnell’s wife in 2017 and in 2018.

Parnell’s campaign disputed the notion that the temporary orders — granted prior to a hearing involving both parties — were evidence of any wrongdoing.

Neither lasted more than a matter of days and a judge later ordered both expunged. The applications for the orders — the document that details the allegations — are no longer part of the publicly available filings in their divorce case.

Parnell was unelectable, Bartos has said, and a super PAC supporting Bartos has mounted an ad campaign against Parnell.